It's already bad enough being a Raptors fan after the team was dispatched from the playoffs in a tidy four game sweep by the Washington Wizards, but it stings even more when Paul Pierce gets clever on social media to rub salt in the wound.

Pierce took to Facebook shortly after the Raptors were handily beat 125-94 on Sunday night to parody the team's #WeTheNorth slogan and to roast global ambassador Drake. In one Photoshop job Pierce dubs himself the "King in the North" (also a reference to Game of Thrones), while in an other he depicts Drake wearing a Wizards jersey under his regular clothes. 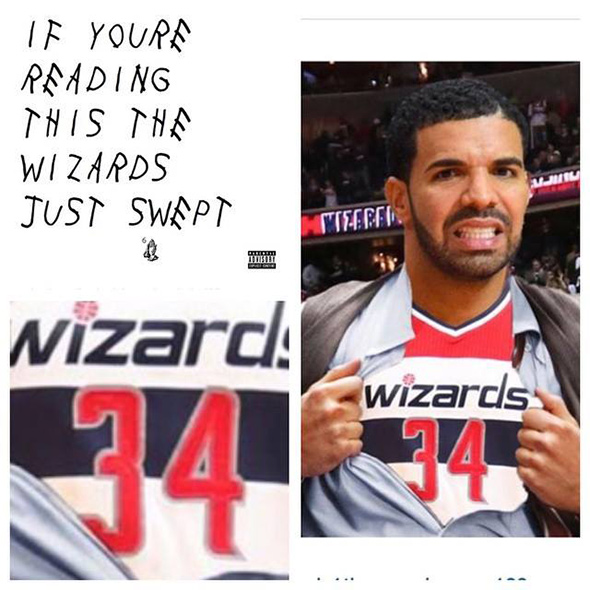 The icing on the cake is really the use of the now famous font from Drake's last mixtape to drive home the loss. "If you're reading this, the Wizards just swept."