Cycling season might seem like an eternity away if you're a fair weather rider, but here's a little something to get gearheads excited about. Toronto company Helix claims to have designed the world's smallest folding bike. Regardless of whether that turns out to be true, this is certainly the slickest looking version of such a bike I've ever seen. 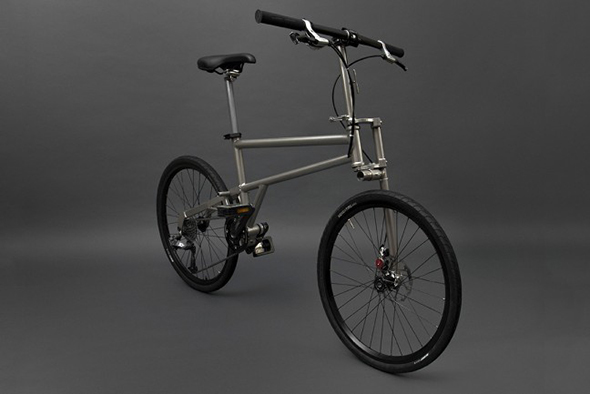 Crafted out of titanium and weighing a paltry 21 pounds (very light for a folding bike), the Helix looks sturdier than many of its competitors. When folded, the bike comes in at a tiny 23" Ă 25" Ă 9" -- which means that it's only slightly larger than its wheels, which, it's worth noting, also work when in the compact position for easy transport when not riding.

The bike has yet to be officially released, but company founder Peter Boutakis plans to launch a Kickstarter campaign in the coming weeks. The estimated retail price for the Helix will be $1850, with a $350 discount for orders placed through the crowdfunding campaign. So it ain't cheap, but it also looks like an ideal ride for those with small apartments and condos in Toronto.

Check out the video below to see the bike in action.