Where to fly a Boeing 737 in Toronto

Flying a plane isn't the sort of challenge that most people respond to with "how hard can it be?" We all have a pretty good idea how difficult it is to fly a plane, even if we've never gotten closer than peering through the cockpit doors when boarding or watching Air Force One on Netflix. Now you can walk into a storefront just beneath the flight paths at Pearson and find out just how complicated the task is. 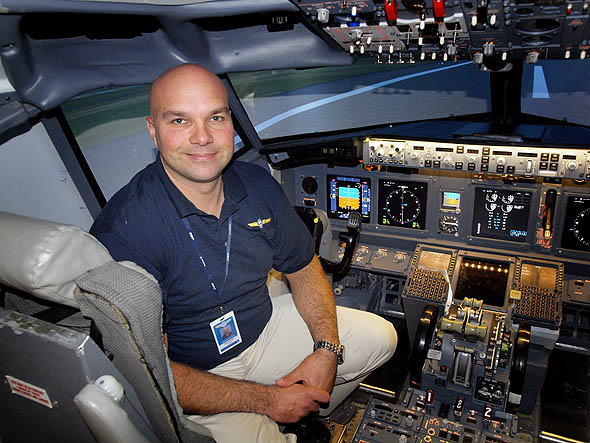 Threshold Aviation has been in business for 20 years, but six years ago owner Mickey Bodog decided to go into the flight simulator business in a big way. Most people would have just set up a high-powered desktop and a few flat panel screens, but Mickey went all out, buying the cockpit of a recently scrapped Boeing 737-500 and restoring its instrumentation to connect to a bank of computers and digital projectors. 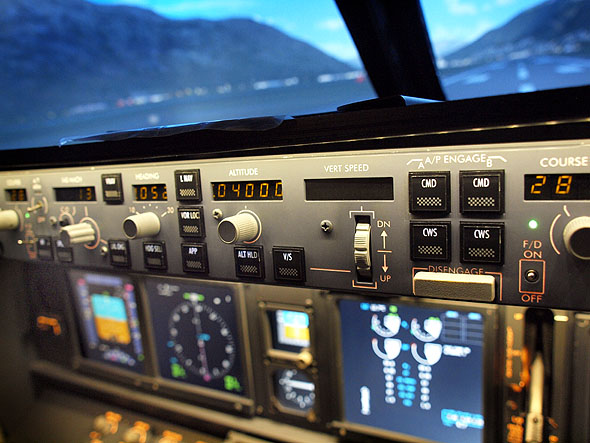 Threshold's cockpit was part of a plane that had flown over 30,000 hours but had only seen service for fourteen years - roughly half the lifespan of the average commercial jet, but this unfortunate plane had been given the North American registration number N911, and was considered a bad omen for nervous fliers in the wake of the World Trade Center attacks.

You'll find the cockpit simulator behind a store where you can buy everything from licensed Boeing caps and t-shirts to model planes and maps and professional pilots' headsets. Settling into the pilot's seat is a tight fit, and once seated you're surrounded by a confusing bank of switches, gauges and screens. 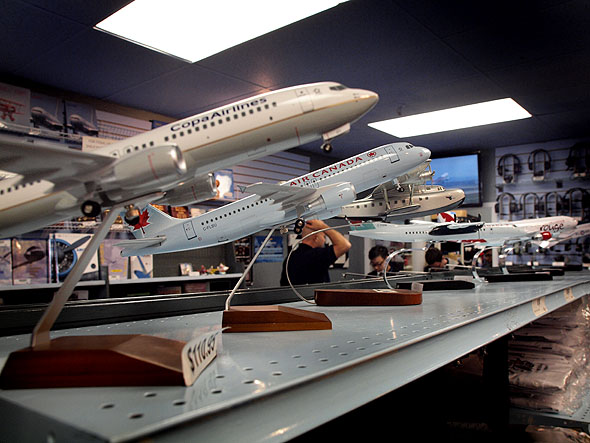 You can book the full experience right from the powerup and pushback at the gate, communicating with ground crew and control tower as you taxi to your runway, or you can skip it all right through the pre-flight checklist and have Bodog or one of his simulator co-pilots put you at the end of the runway, engines cycling up for takeoff.

Threshold's simulator is static - it doesn't pitch and yaw like a multimillion-dollar simulator - but you won't care as soon as you rocket down the runway and up into the air, nervously trying to get altitude and prevent stalling as the cockpit's complicated - and very realistic - flight control systems start beeping and barking out warnings. 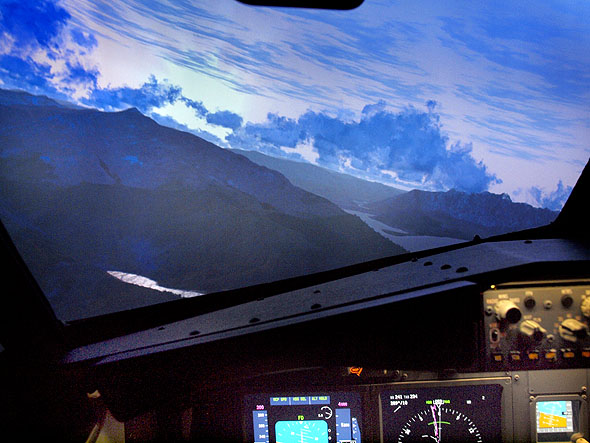 There's a very accomplished moment when you level out at your heading for the flight, and you can skip the whole placid voyage through the clouds to your destination, unless you want to test your piloting skills with bad weather or engine trouble. Bodog says that a lot of his clients are professional pilots, some with major airlines, who want to try out new flight paths or airport approaches.

I manage a couple of decent takeoffs and landings, circling around Pearson then heading across Lake Ontario to land in Niagara Falls. But when Bodog suggests I try a more scenic route, flying through the mountains near New Zealand's Queenstown airport, I end up botching my landing very badly, overshooting the runway and sending the 737 into the trees. 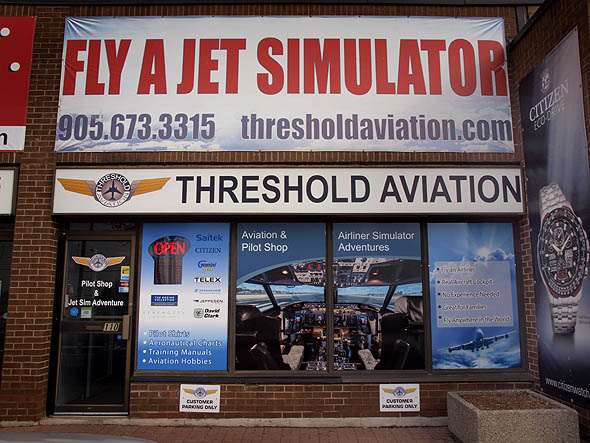 Time on Threshold's simulator runs from just $109 for an hour on a weekday to the four hour ultimate package for $429 on a weekend. Planespotters and aviation geeks can book a complete flight from gate to gate, taking turns in the pilot, co-pilot and navigator's chairs. You'll have to bring your own in-flight meal, though.