Lovers of the absurd often find themselves stranded amid a teaming mass of real, serious events and news items - not to mention awards shows. Now Toronto's Marxist Nudist Taxidermy Club, the campiest little extracurricular group you've never heard of, is about to host "The Minties," a "ceremony that will honour humanity's greatest achievements - as well as the Most Average Peanut Butter Sandwich."

This off-kilter awards show will be all in good fun and, in keeping with the club's mandate of all things wacky, strictly encourages fancy-dress as opposed to the nudity their name might imply. Some examples of the work of the Monty Python-esque Toronto-based club are below. 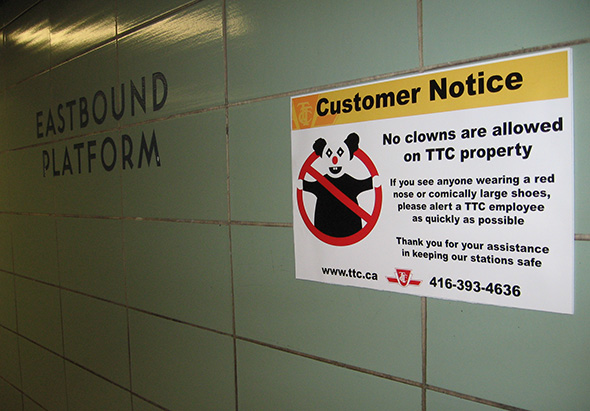 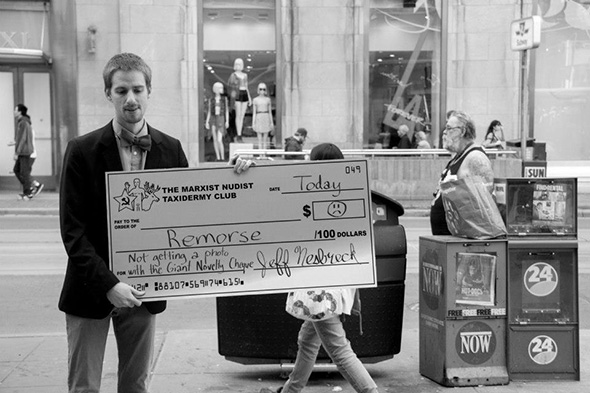 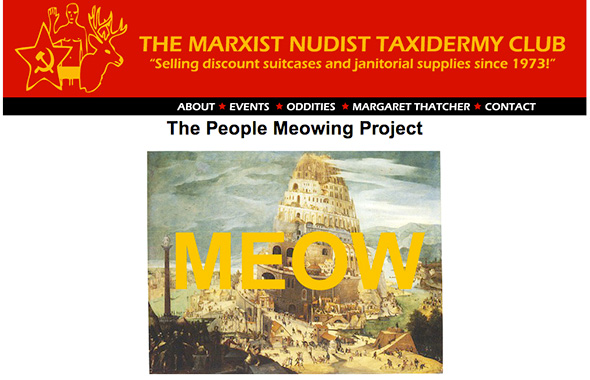 While you'll have to wait until Sunday, April 6th to see The Minties take over the Main Hall of the Tranzac - the show will be free to enter - for now you can make your nominations here. Categories include Best Intentions, Best Picture (of a Bear Fighting a Celebrity or Historical Figure), Best TV Show that You Think You Created, and Best Grocery List. I'm not sure where Best Fedora is on there. Maybe next year.

Know about any other strange clubs in Toronto? Let us know in the comments.