Toronto now has its first covered outdoor hockey and skating rink. In fact there are now two new rinks at Greenwood Park (near Greenwood and Dundas East). One is an elaborate new skating trail (uncovered and completely open to the elements) and directly south of it is the outdoor covered rink which looks and feels just like an arena without the walls and stands. Adjacent to the rinks is an upgraded change area with plenty of seating, washroom facilities and a lonely Gatorade machine.

The whole project came in at a price tag of more than $4 million but if yesterday was any indication nobody is too concerned about the cost and are just happy to have a better place in the area to skate. Even Rob Ford made an appearance and, according to the Toronto Star, declared that the rink was "amazing". 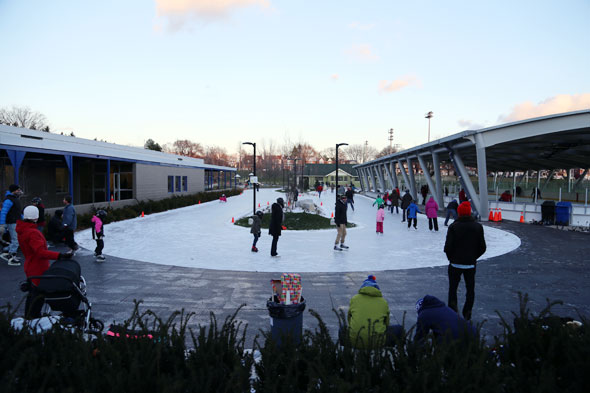 The opening of the Greenwood Park rink took place on the weekend that also marked the official opening of many outdoor rinks across the city. For a rundown of where to skate outdoors in Toronto check out the rinks listed here. 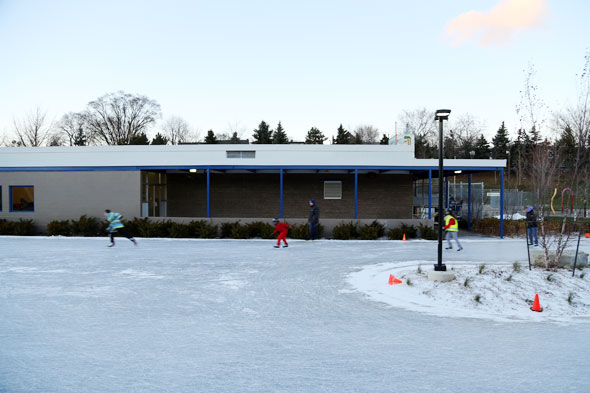 For even more Toronto skating info check out our post of where to take skating lessons in Toronto or our overview of what is arguably still Toronto's top skating trail.

These are the outdoor amenities that are still open in Toronto