Where to fight Medieval style in Toronto

The men riffle through chainmaille helmets and shields to unearth their armour from massive trunks that line the periphery of the room. Swords are grabbed on the way out of the small room as they head to the battlefield.

The battlefield is the gym floor at the Fighting Arts Collective at Ossington and Dupont, and the men (and some women) are students of the Academy of European Medieval Martial Arts (AEMMA), an initiative created to resurrect medieval martial arts. A few nights a week, these people don their armour and the gym becomes a nerd's paradise. Check out their YouTube channel to watch the fights). 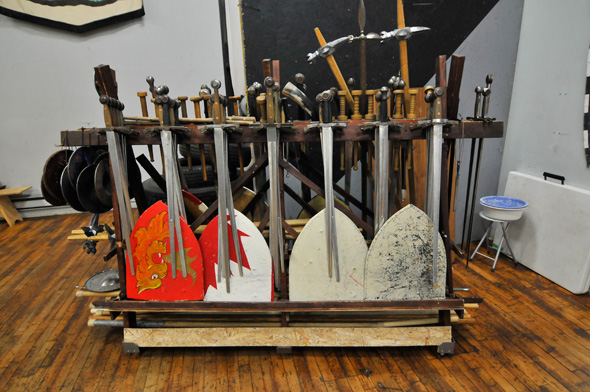 Brian McIlmoyle is the lead instructor at AEMMA. He's only 47, but he's been studying the art of medieval combat for about 30 years. He's been working on AEMMA for 16 of those. It started with research and decoding an old manual detailing how to fight. McIlmoyle started teaching classes in 2000.

"When people think of this, they think of some crackpot in his backyard or basement with a sword. But with the Internet, you can find other crackpots in their basements and build a community," he says over the clang of swords. For the record, McIlmoyle is an eloquent and insightful guy, and doesn't seem like a crackpot at all (in short, he's not what I expected). 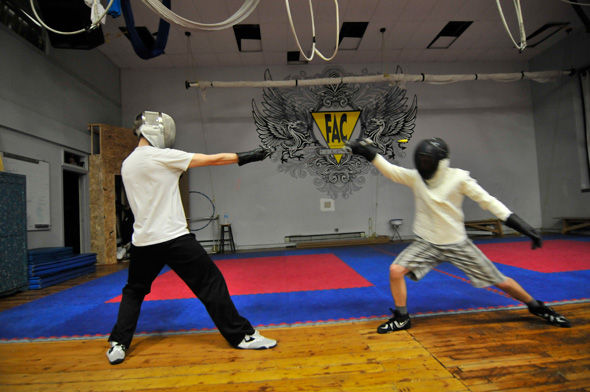 At McIlmoyle's school, there are four ranks the other "crackpots" can hope to achieve. Recruits are those who are just starting to learn. Then, you're an official scholar once you've made some progress, then you're a free scholar, with the power to teach, and provosts are the leaders of schools.

There are about 50 students studying the art at AEMMA right now, and it takes about four years before they're ready to fight wearing a suit of armour. 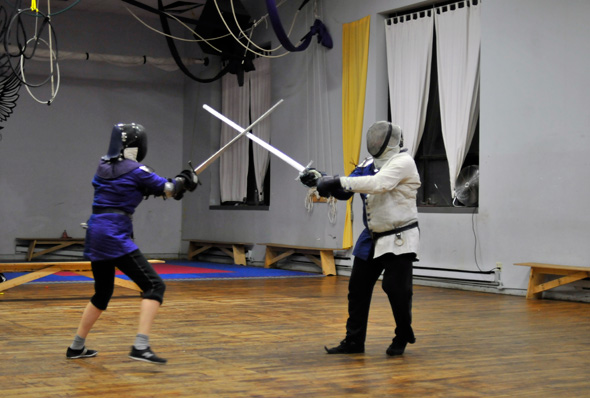 McIlmoyle had to do a lot of pretty intense research to get this off the ground, the main part of which was decoding the fighting manual put together by Fiore dei Liberi in 1410. The manual details how to fight from beginning to end. Interestingly, its author, who was a professional man at arms, is said to have died of old age. That book would have likely been destroyed in the world wars, but for the fact that it made its way to the U.S. first.

"The library it was in, in Italy, was annihilated," he tells me. I can see a metaphorical tear in his eye over what could have been â or, rather, what may not have been.