The Price Is Right comes (on down) to Toronto

Reaching the final shows of its eight-week-long tour, The Price Is Right Live! stage show popped up at Toronto's Sony Centre for the Performing Arts on Thursday and Friday night. The second show was added as an afterthought, after the first show sold out in under 15 minutes, proving that with or without Bob Barker (or Drew Carey), Torontonians are crazy about the 57-year-old game show.

Gone were the 70's colour schemes of Lord Barker's studio, replaced with the much more subdued navy hues of the Sony Centre. But people still brought their flare, wearing fluorescent custom-printed t-shirts â some with built-in lights, others with trap doors that opened to photos of new cars. Although costumes were scarce compared to the stage show's television-based older sister, those who dressed up showed little shame and tons of ingenuity in design. 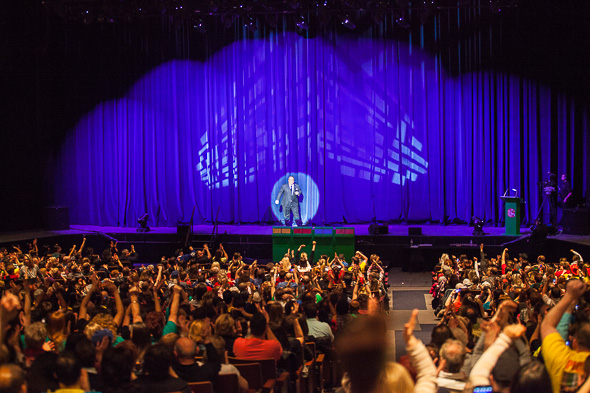 Although the television show has given away over 6,000 cars, 10,000 trips, and $500 million in prizes over its half-century span on cable, this version is admittedly much less flashy. Prizes are worth no more than about $2,500 and include such items as Apple computers, small cash prizes, and, of course, stainless steel refrigerators â because The Price Is Right wouldn't be the same without stainless steel refrigerators. 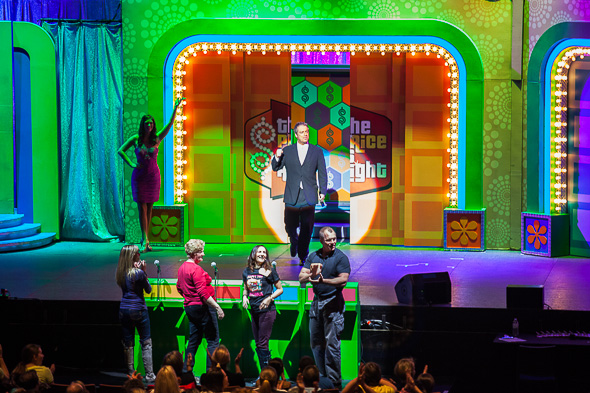 The crowd was loud and proud as the first contestants were called on down by host Todd Newton (he's famous because he talks to famous people...). One of the four players was in the washroom when her name was called. In true Canadian fashion, the show was put on hold and everyone politely awaited her return. When the first player to win in Contestant's Row made it to the stage, he was greeted with boos even Bieber would find unnerving. Turn's out, he wasn't from Toronto. He wasn't even Canadian! "Torontonians really know how to make Americans feel welcome," joked Newton. 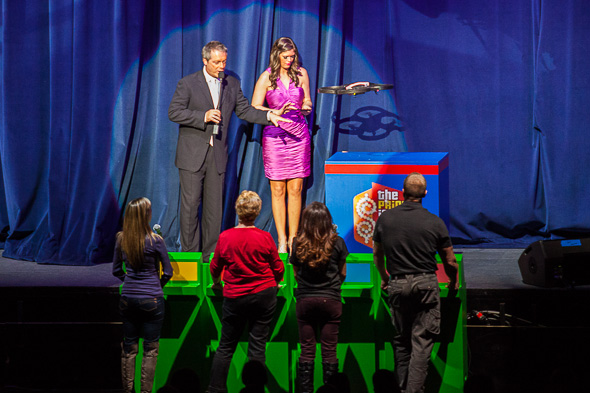 Classic games like Cliff Hangers, Hole in One (or Two!), and Punch-a-Bunch were played, but instead of featuring products live on the stage, they were pre-taped and played on a big screen. Perhaps the best part of the show was the unveiling of the wheel. Not quite as big as the original, it still sparkled and spun, beeped and shined. It was almost as beautiful as the solo Barker's Beauty who smiled through Newton's subtly chauvinistic remarks. 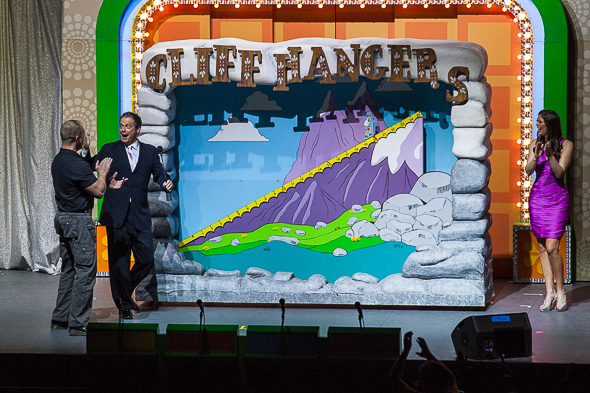 Like most stage adaptations, The Price Is Right Live! was entertaining, but missed the glow of its glitzy cable counterpart and left me yearning for the real thing.