The Toronto Motorcycle Show is like visiting an adult toy store for those who ride. Just when the Toronto riding season is over, we get to preview hundreds of new 2013 motorcycles, scooters and ATVs at the Metro Toronto Convention Centre in a space the size of three football fields.

Since my riding season was cut short two months ago due to a freak scooter-motorcycle accident, this weekend's Toronto Motorcycle Show made for a much welcome respite from my early off-season downtime. 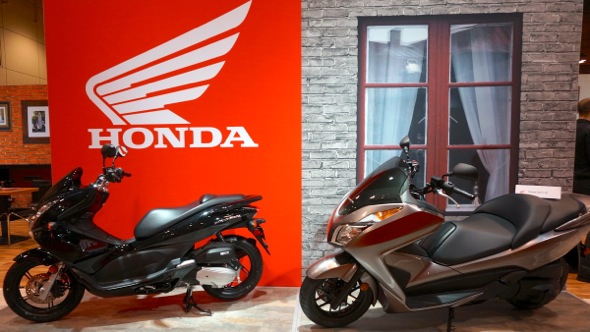 Some of the manufacturers on hand to show off their new wares include BMW Motorrad, Can-Am, Ducati, Harley-Davidson, Honda, KTM, Piaggio, Suzuki, Triumph, Victory and Yamaha.

I started my journey at the Honda Powersports Canada display, where I got to see the 2013 Honda scooter lineup along the backdrop of a European-style cafe where they were offering free cappuccino to those who dropped by.

I quite liked the styling of the Honda PCX150 scooter (above-left photo) as a sporty urban alternative to those who want to scoot about Toronto but not want a cookie-cutter Vespa. It's got a comfortable riding position, lots of under-seat storage and starts at $3,749. 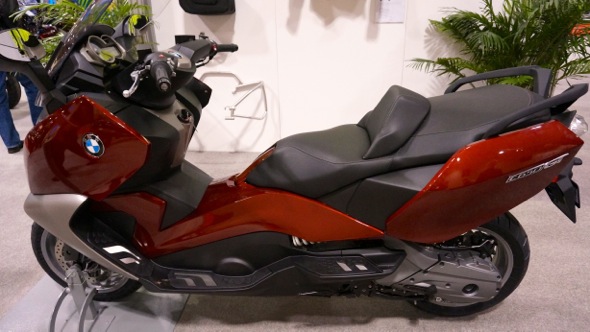 BMW's foray into the maxi-scooter lineup included this gorgeous C650 GT. At over $11,000 it's little out of my price range, but it would make for a great urban warrior machine and allow comfy touring in style. 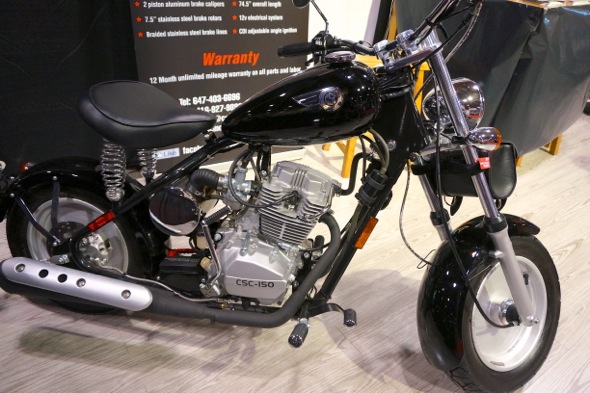 One of the more fun-looking bikes at the show was this CSC150 from California Scooter Company. Looks like they also offer police scooters similar to this model. And this pink-and-white Babydoll model is sure to appeal to a few female riders. 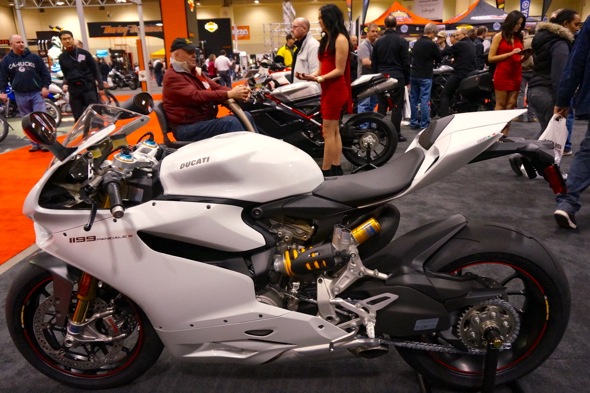 There were a few young ladies dressed in arrest-me-red at the Ducati area, where -- if sports bikes are your thing -- this Ducati 1199 Panigale S proves to be even more of a head-turner. Is that a can of Red Bull under the seat? 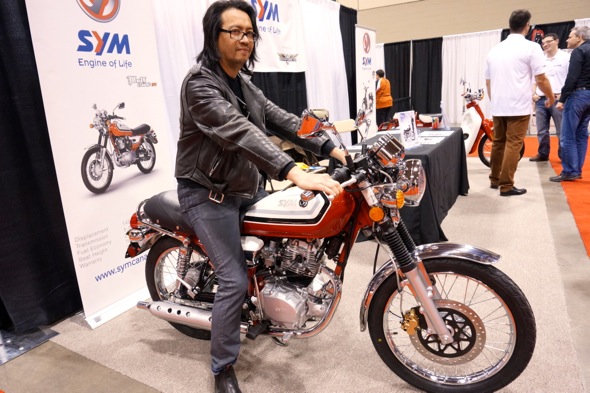 I ran into Troy from Fada Scooters at the SYM booth, where my riding buddy Mondo couldn't get enough of the new SYM Wolf Classic 150. At $3,199 it makes for a nimble retro-styled little city bike. 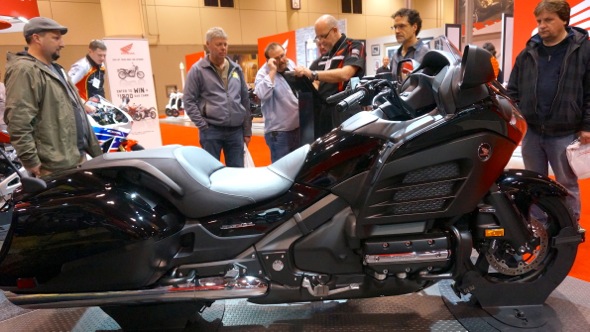 In the premium cruiser category, the all-new Honda Gold Wing F6B, with its 1,832cc six-cylinder engine looks like something Toronto Batman would ride. And UD Replicas had just the outfit to complement the ride. 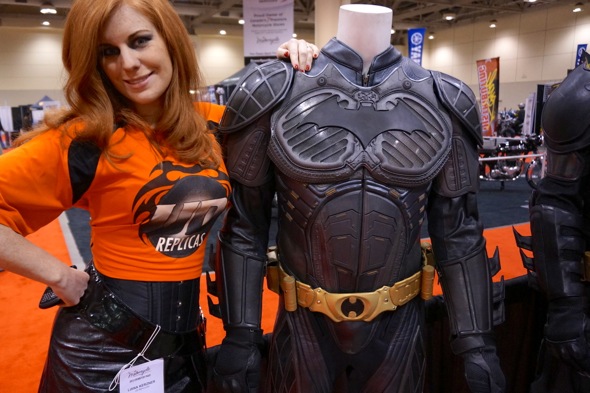 Conspicuously absent from the Toronto Motorcycle Show this year were any electric motorcycles or scooters, despite recent news that a battery-powered motorbike set a new the land-speed record.

What are you going to ride in Toronto come next spring?