Things are about to get weird. As a rule of thumb, when a story is pitched and it involves zombies and burlesque dancing, my interest is piqued, naturally. Toss in a pinch of "booze, babes, blood and brains" as is promoted on the event's Facebook page, and I'm all in (forever a sucker for alliteration).

Presented by Fight Brand, which holds various wrestling matches succinctly called Fight!, they mixed things up a bit this time with, well, zombies. So, following a day of the living dead mindlessly meandering throughout Toronto's downtown core, an attentive audience of zombies, zombie enthusiasts, wrestling enthusiasts and one asshole sporting black face packed Tranzac Club in the Annex.

And this is what happens: In the middle of Tranzac, they've set up a perfectly legit wrestling ring. With chairs on all sides, a passionate and eclectic audience looks on, sipping beers as a burlesque dancer behind the ring parades a sign that reads "BRAAAAINS." Following an opening music set by the Yaqubi Bros, four brothers from Scarborough who are influenced by Metallica and Muse, the bell rings. The announcer, who resembles Bill the Butcher from Gangs of New York, says, "I'm being informed that Toronto has been overrun by zombies. Oh wait, I'm now being informed the zombies are here ... and they want to ... wrestle."

For about an hour and a half, a number of zombie wrestlers take on their human counterparts, and wrestle. The wrestling, albeit clearly choreographed, is equally impressive and violent, at times bringing the action into the audience. Featuring the dead and alive, wrestlers such as Ashley Sixx, former WWE fighter, Colin Delaney, and Alex Vega battle it out. The entertainment is filled with comic jabs, like zombies doing the "Thriller" dance and yelling, out of nowhere, "prostitutes." 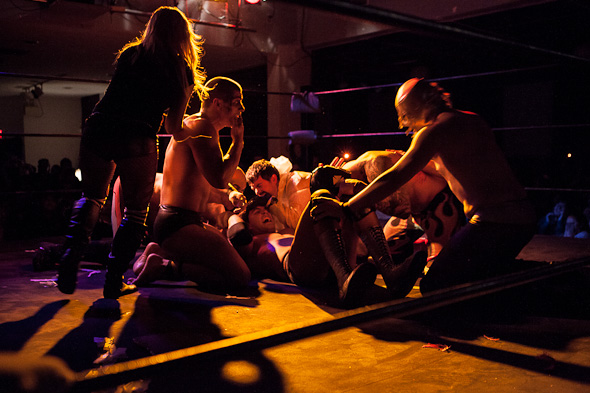 When one of the human wrestlers tries to suffocate zombie wrestler extraordinaire, "Pyscho" Mike Rollins, the human yells, in feigned horror, "Why doesn't this work?" Zombie Mike retorts, "Because I'm a zombie you asshole!" and continues to pummel his foe. And that's how it goes on, all but one of the humans losing and the undead exhibiting their wrestling prowess and insatiable lust for human flesh. 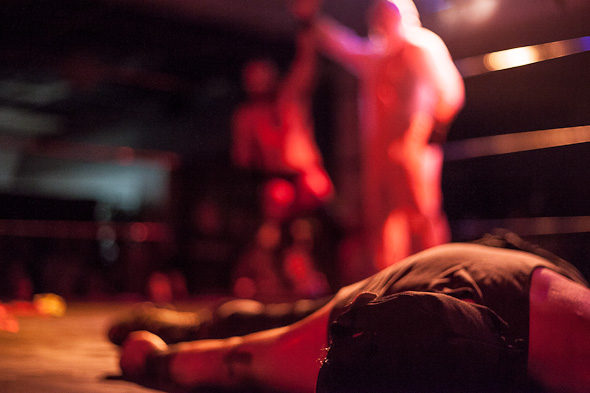 Halfway through the show, to mix it up, Eve of Destruction, a burlesque dancer in full Mummy garb enters the ring. With metal music playing, she struts her stuff, performs some elaborate and impressive handstands and proceeds to rip off her mummified outfit revealing nothing but tassels and a g-string, naturally. 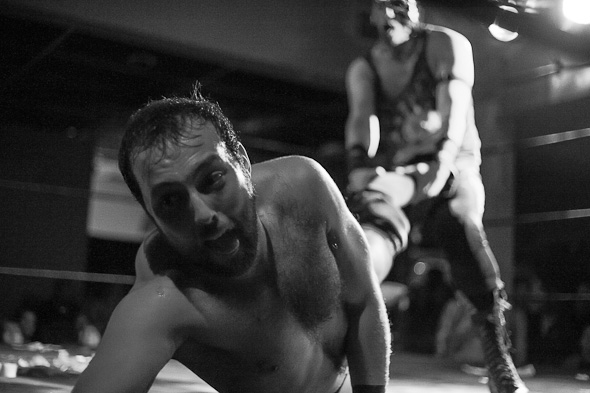 In the end, the "quarantined" referee wearing something akin to a hazmat suit, turns out to also be a zombie (surprise!) and aides "Psycho" Mike, the reigning champion, in eating his opponent's face. 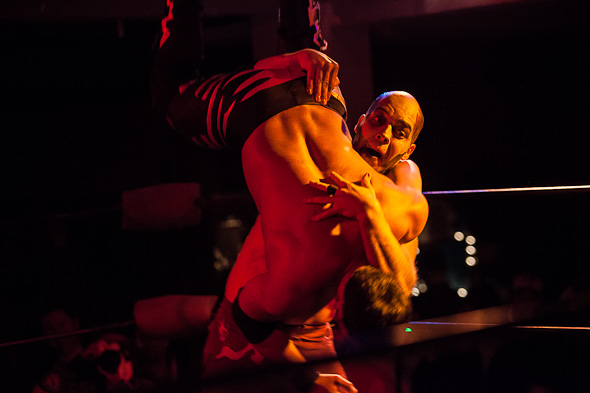 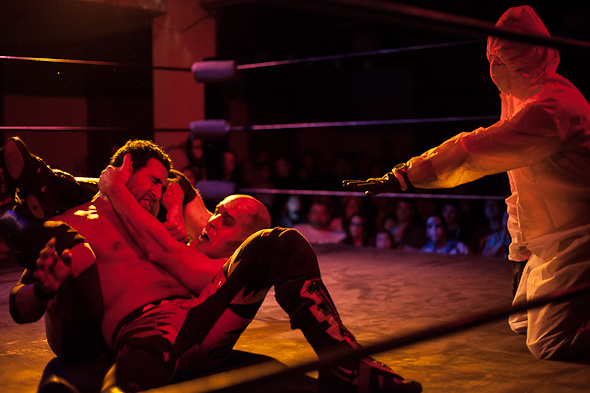 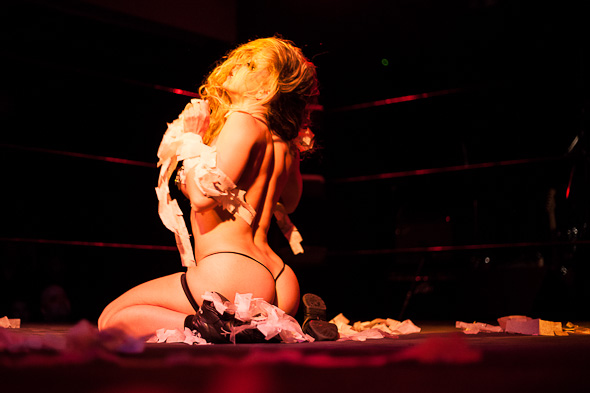 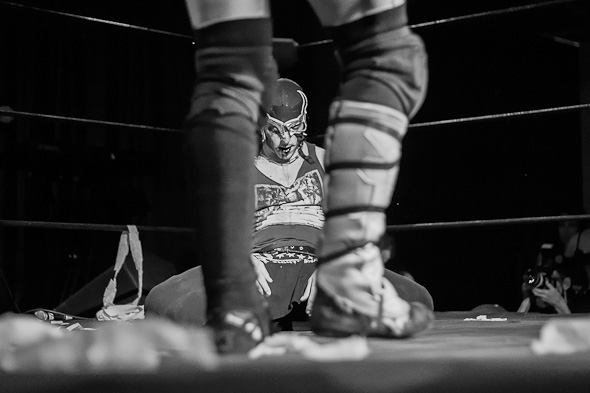