In Canada Rugby League action, the United States Tomahawks prevailed 28-24 over team Canada Wolverines in a hard-fought game at Lamport Stadium on Saturday night in game one of the Colonial Cup series.

This was my third rugby game, having seen the Wolverines take on the Jamaican Reggae Warriors and the Lebanon Cedars recently. 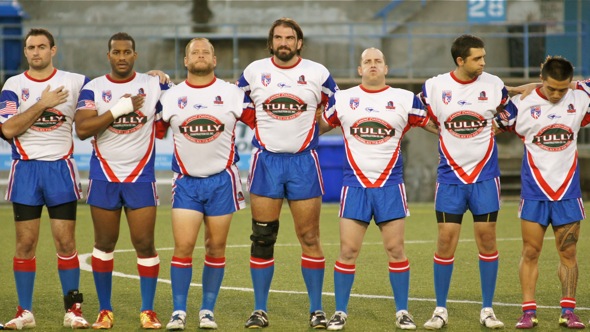 After raining on and off all day, the lacklustre crowd size -- and resulting barely auditory crowd enthusiasm -- wasn't surprising at the outset. But the rain held off and the audience grew more vocal as the game progressed. As the Star Spangled Banner played before the start of the game, the team just stood in line, kind of stoic but not singing along. I almost wondered if they'd forgotten the words? 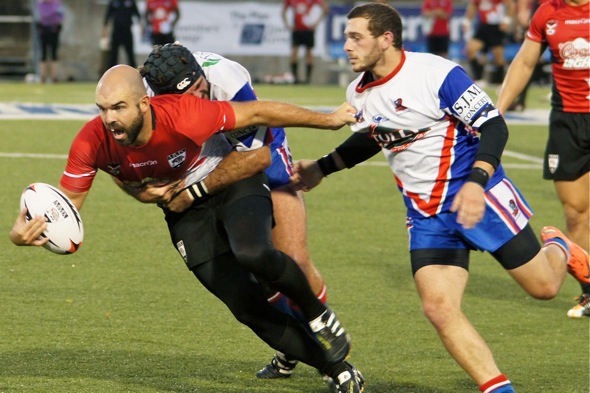 The United States rugby team were a burly bunch, overall much stockier and (except for #5, but more on him later) less pretty than Team Canada Wolverines. I was impressed with their speed and agility, and they got off to an early 12-0 lead -- I began to wonder if the Wolverines had it in them to keep up. 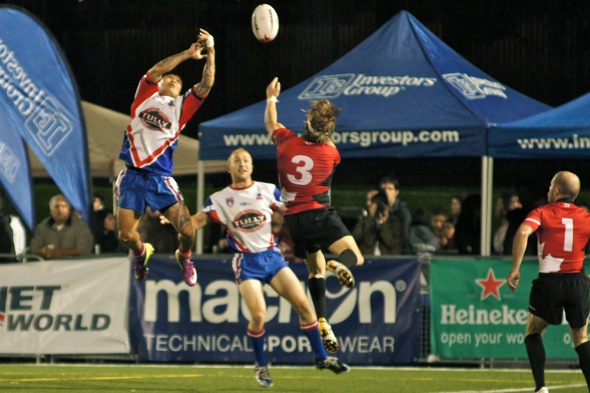 The Tomahawks' player #5 -- with his odd leg-sleeve (pant leg?) tattoo and blonde mullet -- drew lots of jeers from the group of guys sitting to my left. Canada almost caught up, bringing the score to 16-14. 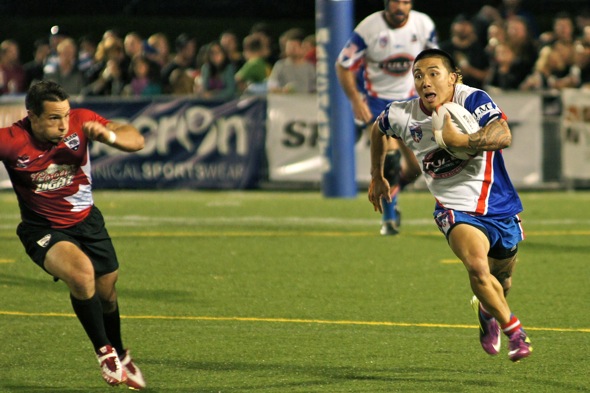 But soon enough, #5 (they don't put their names on their jerseys) put us all in awe after he evaded several Wolverine players to stride across half the field for a try, bringing the score back up to 22-14. "Nice shoes, Number Five!" taunted one of the fans. For the record, his shoes were a bold mix of fuchsia and yellow. 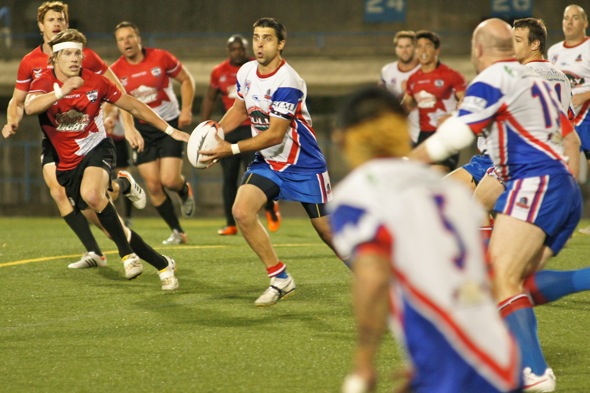 There were lots of heavy smack-downs and I was surprised nobody was seriously injured. A St. John Ambulance truck was parked at the south-west corner of the stadium, just in case. 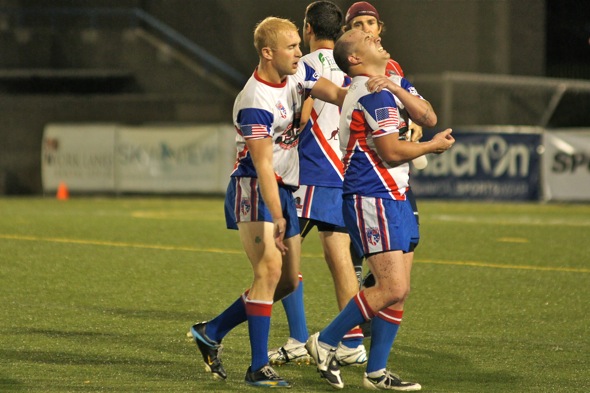 The Wolverines' #13 seemed to pull his hamstring and was seen given a rubdown by the water boy, but he sprung back into action and the game went on. Same for one US player who appeared to have dislocated his shoulder and winced in pain after a particularly rough tackle. 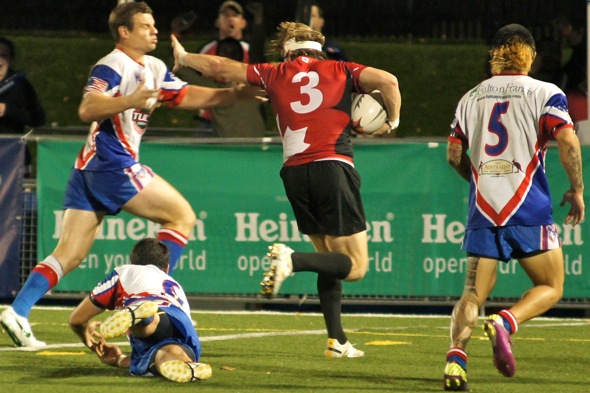 The Wolverines' #3 scored a couple of tries to bring up the score to 28-24 with just over a minute left, making for an exciting endgame. But unfortunately it was too little, too late. 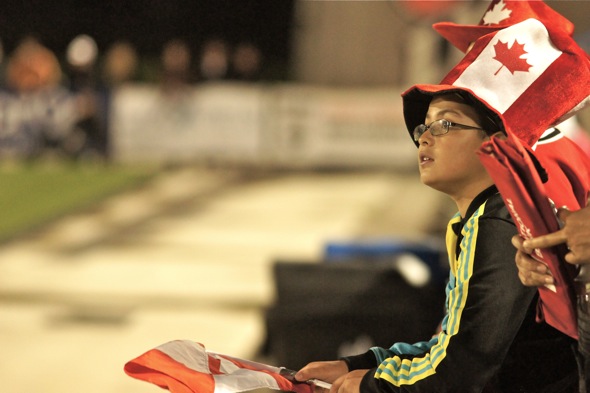 Team Canada Wolverines fans can look forward to their next home game against the England Lions on Oct. 6 at 7 p.m. Roger Cullman Photography.