Cosplay is short for costume play and according to a longtime cosplayer, Toronto's costuming community is bigger and more diverse than ever. In fact, we're ahead of the curve internationally. 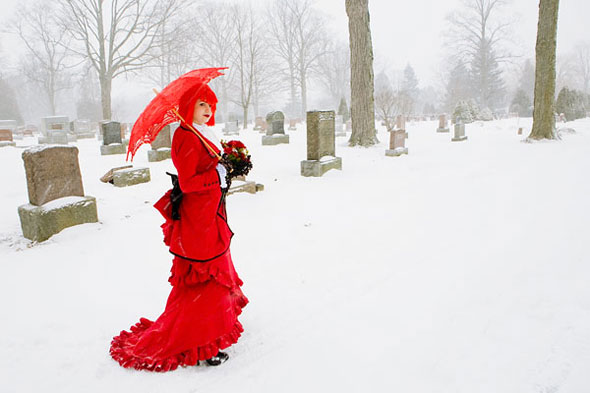 "Toronto has grown a lot. Costuming used to be more of a 20+ crowd and now, more youth are also getting involved," says Dawn McKechnie, a 30-year veteran. "We have a very high calibre of cosplay and a strong and supportive community."

McKechnie oversees Fan Expo's Masquerade competition--to be held Saturday night--which attracts around 100 contestants annually. She also runs the Masquerade at Anime North, an annual cosplay-friendly convention that has grown from 800 attendees in 1997 to 20,000 this May. She has met many visitors--from as far as Australia--who have raved about Toronto's scene.

Cosplay became popular in the '90s, says McKechnie, thanks to the anime explosion kick-started by Sailor Moon, Dragon Ball, and Pokemon. "When Fan Expo introduced its anime component, that was when cosplayers really came in droves." She has even seen a marriage proposal at a convention. "She was dressed as Sailor Moon and he was Tuxedo Mask." 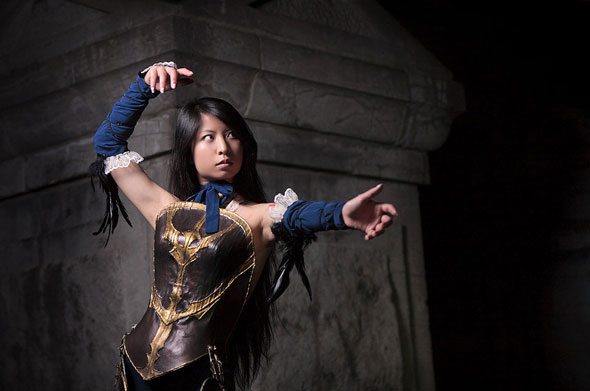 Escapism is one of dress-up's allure for many cosplayers like Victoria Chin. "Cosplay is not only a creative outlet for me, but it is also a means of escape from my normal life for a short period of time, in order to be someone and something else," says Chin, 24, who cosplays under the name Vickybunnyangel.

Chin got into cosplay through her high school anime club. Ten years later, she takes the craft seriously, likening it to art-- with the body as canvas. While casual cosplayers may buy pre-made costumes, others like Chin make their own. She learned how to sew, apply makeup and hair, and pose for pictures. She spends up to $2,000 annually towards three costumes, which each take up to three months to create.

Her favourite costume--a recreation of the character Astharoshe from Trinity Blood--led to her first brush with fame in 2008, after she posted a photo of the elaborate white and blue dress on deviantART. "I got a daily deviation, which is a major feature, and the website is seen by lots of people around the world." 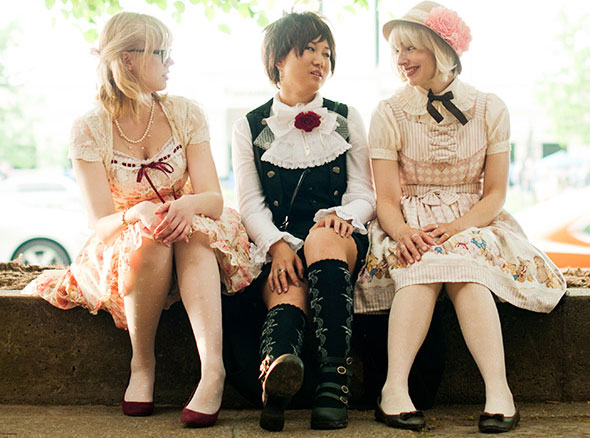 Fans can now follow her work on her deviantART and Facebook pages. She has also been featured in magazines and websites--and has won craftsmanship awards at competitions.

The challenge of recreating a fictional costume--which often doesn't reflect real-life 'physics,' especially for females--is enticing for the detail-oriented Chin. For instance, the character Shanoa from Castlevania wears a breastplate that is completely backless, so she had to find a solution to stay true to the costume, while affixing it to her body. "Without suffering a wardrobe malfunction!" Chin emphasizes with a laugh.

For other cosplayers, the joy is in props such as weapons. Chris Warrilow got into costuming 30 years ago to show off his creations. "Wandering around with a great big 300-watt laser cannon strapped to your hip while dressed in t-shirts and jeans, you get odd looks. I had to build a sci-fi costume around it." 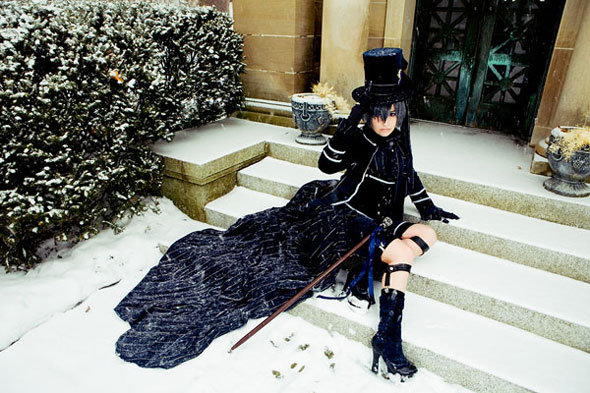 A love of prop-making led the Humber College technical theatre arts grad to launch his company Fantastic Creations in 1990, which creates props for the entertainment industry. His portfolio includes creating artifacts for TV's Relic Hunter, a giant 10-foot robot for TV's Murdoch Mysteries, and rubber rifles for the stage production of War Horse.

Warrilow also runs the weapons check at Anime North. He says that today's cosplayers are more sophisticated. "Sometimes I get people who bring in swords to the convention and I'm about to say 'Sorry, you can't bring this in' and then they hand them to me and I realize, 'Oh, this is not metal, this is made out of wood.' It's been sanded and painted properly, and it's absolutely gorgeous."

Another big aspect of cosplay culture is photography. With the proliferation of digital media and high-end DSLR cameras, it's easier for cosplayers to get in on the action. "People are not necessarily cosplaying for attention, but they do appreciate the recognition," says Kevin Brewer, an active cosplayer and photographer who posts his work on Stillvisions.net. 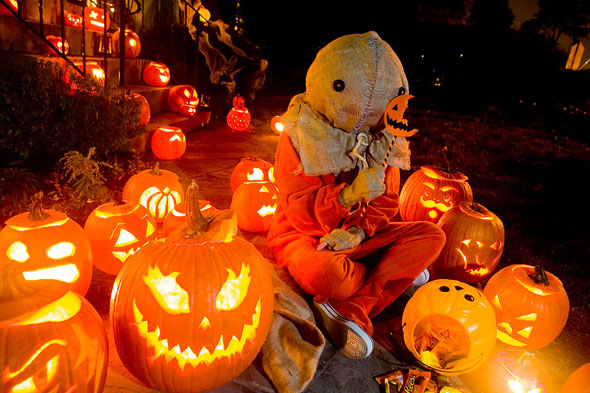 Most photographers do it as a hobby or side gig. Some shoot for free, while others charge or donate their time. Conventions provide a list of photographers, so cosplayers can book a shoot ahead of time. Brewer, 34, started setting up shoots in 2006. "The most involved shoot I had was based on a horror movie called Trick 'r Treat. We had a Halloween party with pumpkins that covered my house." Another favourite shoot took place outdoors during a blizzard. "The costumes were short and not winterized at all. Everyone was very cool and enthusiastic, even though they were freezing."

Whether it's to model a costume or prop, or to channel a persona for the lens, it's important to have fun, McKechnie stresses. "We're a community of like-minded individuals who just want to make beautiful things, to have fun, and to entertain people."

Going into her fourth decade, the thrill of cosplay is still there for McKechnie, who also now serves as a mentor. Her favourite cosplay moment? "Meeting the original Godzilla actor, while dressed up as Godzilla. I still have the head mounted on a wall. It was made of foam and latex."