Up close and personal at the 2012 Honda Indy

If you live downtown, chances are you know the Indy as the annual event that closes down Lake Shore Boulevard for a weekend and fills the air with what sounds like a giant chainsaw ripping through acres of particle board. I felt the same way for years when I lived in Parkdale, in the long shadow of the Indy's sonic plume, but when years of denial fell away and I was forced to kick my hidden gearhead out of his closet, I found myself drawn to the Indy like a moth to a flame.

Covering the Indy requires at least three days - four if you're truly dedicated. The main race might run on Sunday afternoon, but it's preceded by two days of practices and qualifying laps. Additionally, there's more to the Honda Indy weekend than just the two dozen or so professional race car drivers running eighty-five roaring laps around the street course that's been carved out of a chunk of Lake Shore and most of the Exhibition grounds. 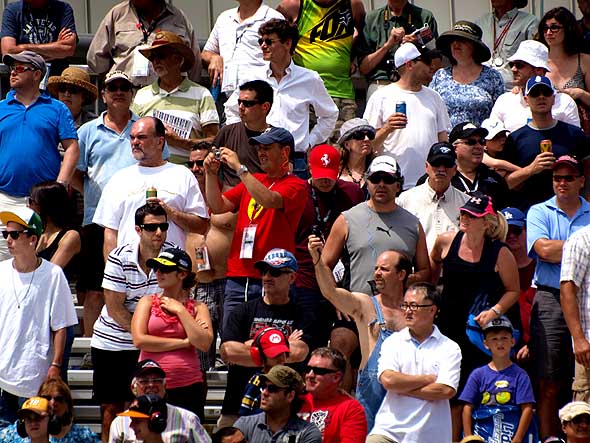 While the IndyCar drivers are off the track, three other races are run along the course. Two of them - Indy Lights and Star Mazda - feature smaller, lighter cars raced by young driver aspiring to IndyCar or even Formula 1 status, while the Ferrari Challenge is essentially an event for rich men to play race driver for a weekend in otherwise beautiful cars covered in unfortunate sponsor decals. 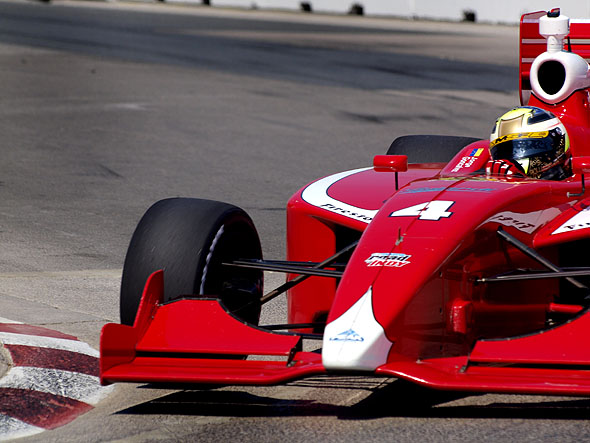 The difference is one of magnitude; while the Indy cars run on V-6 engines that bellow and roar, the Indy Light cars run V-8s put into slightly smaller cars, and the Star Mazda drivers pilot even lighter cars running the Mazda Wankel rotary engine. (Yes, it has a funny name.) The big race hogs most of the attention over the weekend, but the junior races feature raw talent that might one day get behind the wheel of the big cars, driving machines that are lighter but feature engines arguably as powerful as the IndyCar machines.

It's essentially the difference between a heavyweight fight and a bantam- or welterweight bout down the card - the big guys might hit with more power, but the smaller fighters have the speed and agility that a heavyweight fighter lost sixty or eight pounds ago. Watching the Indy Light and Star Mazda cars tear around the track is no less thrilling than during the big Indy race, and with a top speed of up to 240 miles per hour, you get to witness probably the fastest road racing possible outside of top fuel dragsters. The Ferraris, by comparison, seem to be parading around the track with all the stately grace of a swan ballet. 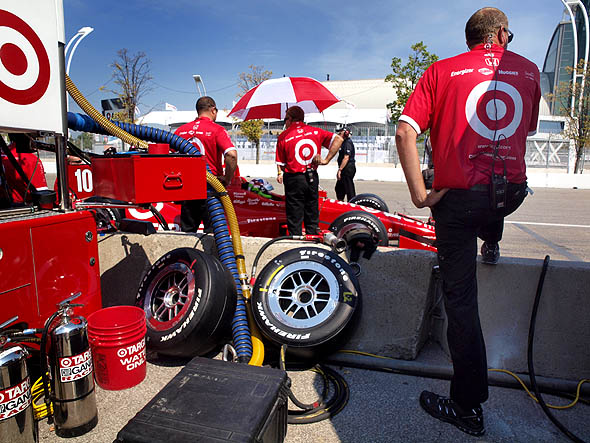 One of the first things you notice about the Indy pit lane is the smells - there's rubber and motor oil and all the usual hot metal aromas you'd associate with a garage, but over top of it is the sweet tang of the E85 ethanol fuel the cars are running, which completely lacks the acrid tinge of regular gasoline and brings to mind something more like some sort of fruity salad dressing you'd only use once. The second thing is that race car drivers with names like Dario Franchitti and Helio Castroneve are exactly the sort of handsome bastards you'd expect them to be. 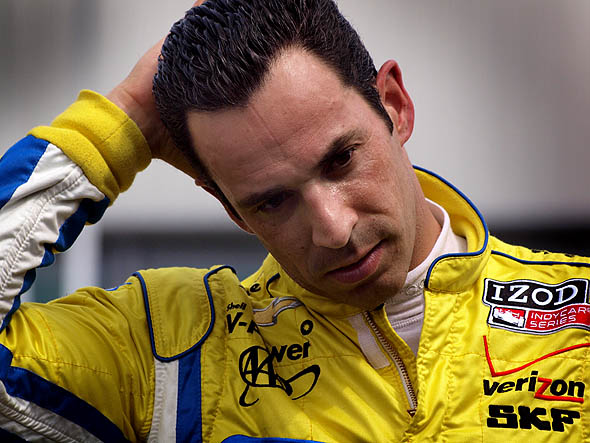 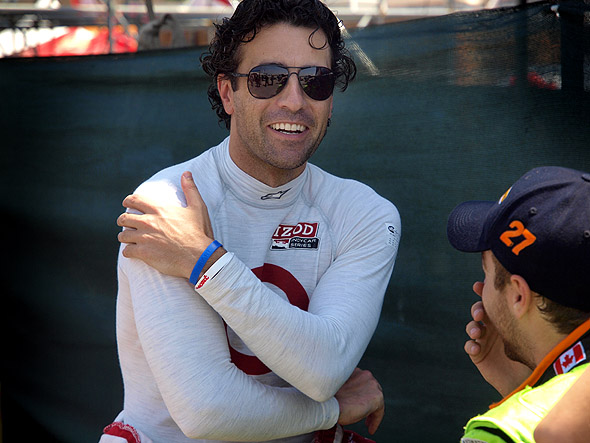 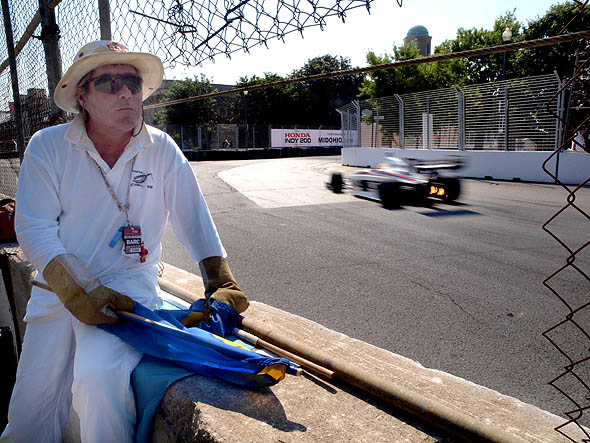 As for race day itself, the moment you stray away from the grandstands and the TV screens broadcasting race footage you completely lose any sense of who's winning or losing. After the first dozen laps and the first accident and subsequent yellow flag, the grid dissolves into groups of cars hurtling past with a roar that you feel in your chest, with the odd lone straggler that could either be at the back of the pack or running a massive lead. You might only notice that a car has left the race (hometown favorite James Hinchcliffe was out after lap twenty-five) when their garish sponsor livery goes missing from the blur. 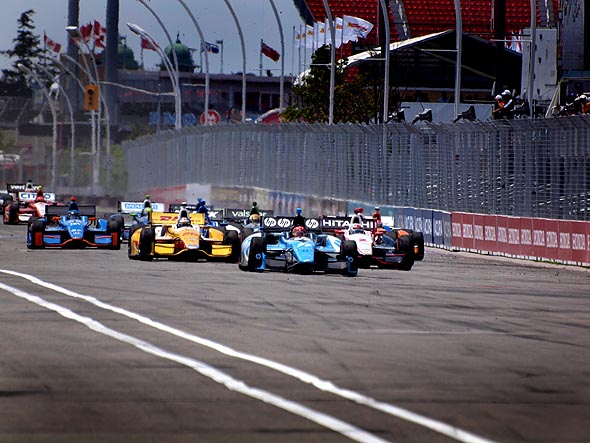 I was standing in the bushes just past turn one, doing a quick edit of my shots, when Graham Rahal's car slid out of the turn and smacked against the concrete barrier just a few feet away from me. Scott Dixon's car slowed down and headed into the run-off just nearby not long after that, Dixon deciding to take himself out of the race before his misbehaving engine blew up. Elsewhere on the track Will Power (a great race driver name) shredded his tire on a busted front wing, and a bad pit stop ruined Franchitti's day, despite winning the pole position in the previous day's qualifiers. 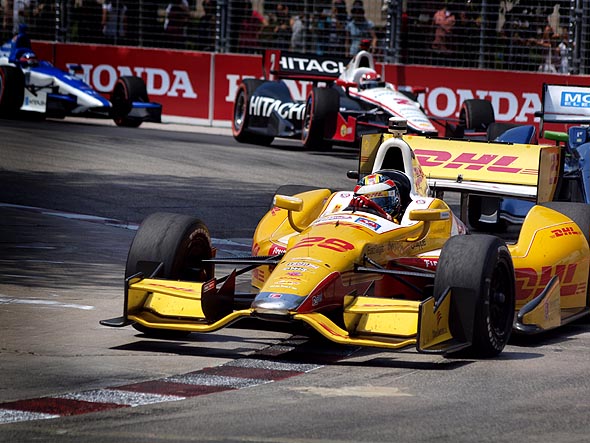 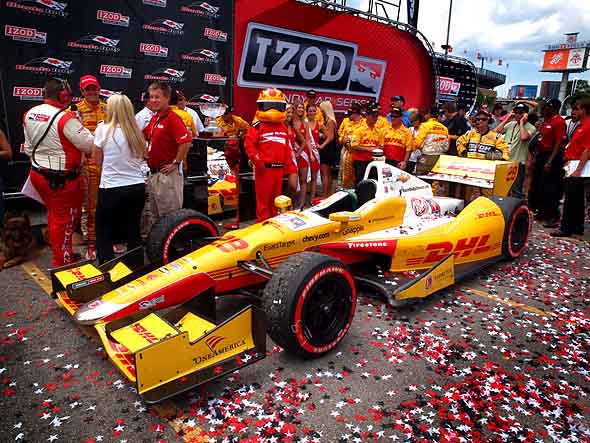 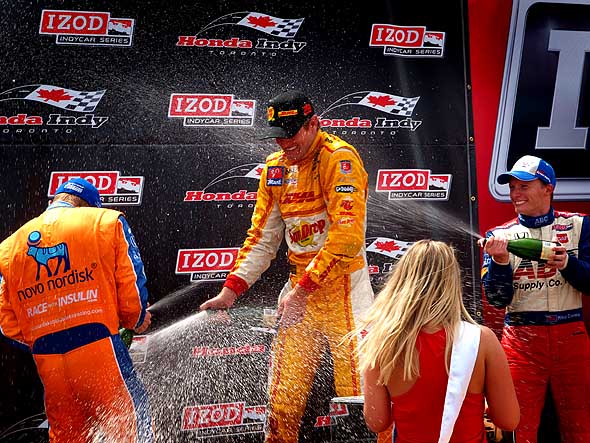 Finally, a pile-up of four cars in turn three, at the end of the straightaway built out of a stretch of Lake Shore, meant that the final laps of the race were run under a yellow flag and Ryan Hunter-Reay took his third first place in a row at the head of a stately parade running behind the safety car - hardly the dramatic finish most of us imagine for a car race.