Toronto athletes to watch at the London 2012 Olympics

Toronto athletes of all stripes will be at the fore when the curtain officially rises on the London 2012 Olympics this Friday. A total of 24 competitors born or trained in Toronto will be running, swimming and riding in events ranging from equestrian jumping, to sailing, to artistic gymnastics.

With so many skilled athletes and medal hopefulls, keeping track of the action can be a daunting task. Some are competing for the first time, others are seasoned pros with designs on a gold medal. Here is a list of competitors from Toronto taking part in this summer's games we think you should keep an eye on.

Name: Zsofia Balazs
Event: Swimming - Women's 10k Marathon
Previous Achievements:: National 10k Marathon titles in 2006, 2008, 2009 and 2010. National 1500 Freestyle title in 2010.
Why you should watch: Balazs will become the first Canadian athlete to compete in this event at the Olympics. The long-time member of the Toronto Swim Club and former University of Toronto Varsity Blues swimmer started out in the pool but made the switch to open water relatively recently. Expect a quick blast to the finish from the 22-year-old - she says she's afraid of open water.

Name: Alexandra Bruce and Michelle Li
Event: Badminton - Women's Doubles
Previous Achievements:: PanAm gold in 2011. A national championship, also in 2011, rounded out a total 9 titles that year.
Why you should watch: This will be the first Olympic appearance for the up-and-coming pair. Michelle Li, a student at University of Toronto, is also competing in the women's singles competiton.

Name: Andrew Byrnes
Event: Rowing - Men's 8+
Previous Achievements: Olympic gold in 2008 with rowers Ben Rutledge, Kyle Hamilton, Malcolm Howard, Adam Kreek, Kevin Light, Dominic Sieterle, Jake Wetzel and cox Brian Price.
Why you should watch: Byrnes will be out with his teammates to retain Canada's gold in the 8+ event. Success last time around means the group will surely be contenders in London. 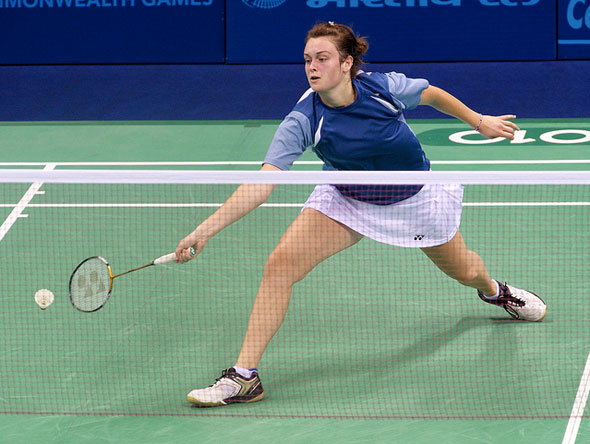 Gordon Cook and Hunter Lowden
Event: Sailing - 49er
Backstory (Previous Achievements): A top 25 finish at the World Championships in 2010. A top 15 finish in Beijing for Cook.
Why you should watch: Competing as a pair for the first time at the Olympics, Gordon Cook brings Olympic experience and a desire to medal.Name: Katrina Cameron, Rose Cossar, Alexandra Landry, Anastasiya Muntyanu, Angelika Reznik, Kelsey Titmarsh, Kristina Vaculik,
Event: Gymnastics - Artistic
Previous Achievements: Members of the 2011 Pan American Games squad that won 2 silvers and a bronze. Part of the top-ranked team from the Americas at the 2011 World Championships.
Why you should watch: The team will be the first Canadian gymnasts to compete in the group event since it was introduced in Atlanta in 1996. Success at other levels suggest the young guns will make an impact in London.

Name: Ashley Holzer
Event: Equestrian - Dressage
Previous Achievements: The list is long: Three-time Pan Am Games medallist (team gold and individual silver in 1991, team silver in 2003), team bronze at the 1988 Seoul Olympics.
Why you should watch: Holzer is Canada's most successful dressage rider and a veteran in the saddle. With mount Breaking Dawn, Holzer is set for success 14 years after her first appearance on Olympic the podium.

Name: Savannah King
Events: Swimming - 400m Freestyle and 800m Freestyle
Previous Achievements: A silver and bronze medal at the 2007 Pan American Games in Rio de Janeiro, 19th in Beijing 2008 Olympics.
Why you should watch: A force in the pool, 20-year-old Scarborough native King is hoping to build on her Olympic and Pan Am experience at this event.

Name: Brittany MacLean
Event: Swimming - 400m Freestyle and 4x200m Freestyle Relay
Previous Achievements: Two gold medals for Canada at World Junior Championships
Why you should watch: She might be young, but MacLean certainly knows how to power through the water. She set a Canadian record in the women's 400-metre freestyle at the Olympic trials. 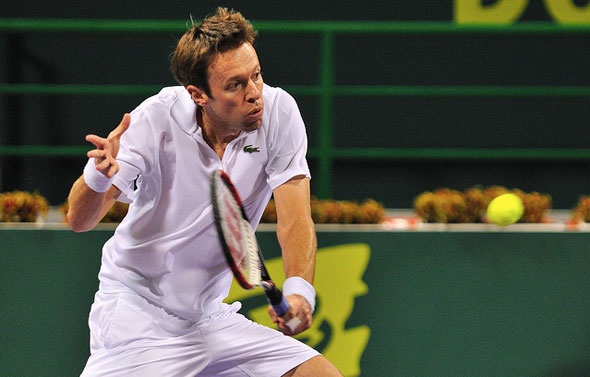 Sasha Mehmedovic
Event: Judo - -66kg
Previous Achievements: Quarter-finalist in Beijing, silver medal at the 2012 Pan American Judo Championships in Montreal in April, two gold, two silver and a bronze at various National Championships.
Why you should watch: A bona-fide competitor in the ancient Japanese martial art, Mehmedovic has the chops to come out on top in London.Name: Daniel Nestor
Event: Tennis - Men's Doubles
Previous Achievements: Two Wimbledon doubles titles from 2008 and 2009 with Nenad ZimonjiÄ. A total of eight Grand Slam titles, with three different partners, and an Olympic gold in Sydney in 2000.
Why you should watch: The number one ranked men's doubles player in the world, Nestor has competed at every Olympics since 1996 and is hoping to bow out on a high note. There's every chance you'll be seeing him and Vasek Pospisil on the top step of the podium.

Name: Daniel Nestor
Event: Tennis - Men's Doubles
Previous Achievements: Two Wimbledon doubles titles from 2008 and 2009 with Nenad ZimonjiÄ. A total of eight Grand Slam titles, with three different partners, and an Olympic gold in Sydney in 2000.
Why you should watch: The number one ranked men's doubles player in the world, Nestor has competed at every Olympics since 1996 and is hoping to bow out on a high note. There's every chance you'll be seeing him and Vasek Pospisil on the top step of the podium.

Name: Milos Raonic
Event: Tennis - Men's Singles
Previous Achievements: 2011 and 2012 SAP Open titles, 2012 Aircel Chennai Open winner.
Why you should watch: Raonic is currently ranked 21st in the world and is Canada's highest ranked singles player of all time. Could this event be his big breakthrough? For more Raonic, see Toronto through his eyes.

Name: Adam van Koeverden
Event: Canoe-Kayak - K-1 1000m Men
Previous Achievements: Silver in the K-1 500 metres at the Beijing 2008 Olympic Games, Team Canada's flag bearer for the 2008 Olympic Games, 2004 Olympic gold in the K-1 500m and bronze in the K-1 1,000m, Canada's flag bearer at the Closing Ceremony of the 2004 Olympic Games and five-time world championship medallist winning with one gold in 2007 in the K-1 500m, three silver and one bronze.
Why you should watch: If didn't get it from his previous achievements, van Koeverden is a serious force to be reckoned with. A top three finish is all but guaranteed.

Name: Sarah Wells
Event: Athletics - 400m Hurdles
Previous Achievements: 1st at the 2012 National Championships in the 400m hurdles.
Why you should watch: Although she finished just outside the Olympic "A" standard for automatic qualification, Wells was selected as a Rising Star based on previous results. The selection committee clearly expect big things, and so should you.

Name: David Wright
Event: Sailing - Men's Laser
Previous Achievements: 6th at the 2009 World Championships, Canadian Sailing Male Athlete of the Year in 2009.
Why you should watch: Wright is one of only two Canadians to score a top-10 finish at the Laser Worlds since it became Olympic class. Definitely one to keep an eye on.

OTHER ATHLETES FROM THE GTA: