Elite-level Rugby isn't all that common in Toronto, so I jumped at the opportunity to see the Team Canada Wolverines take on the Jamaica Rugby League on Saturday night at Lamport Stadium in the Carribean Carnival Cup test series match. 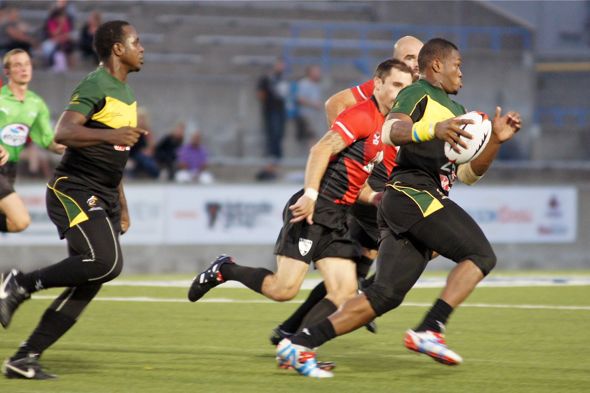 The Canada national rugby league team put on a good show with lots of hard hits and plenty of action on the field. 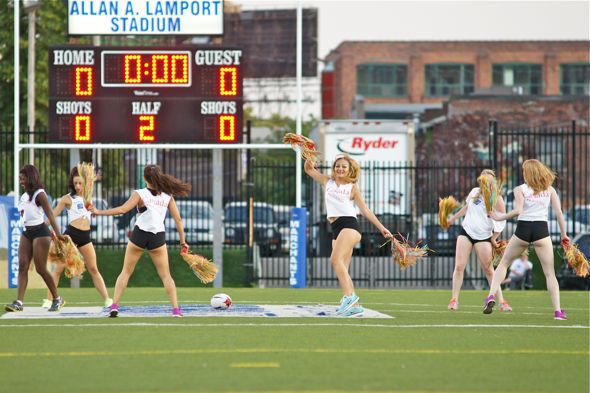 During the halftime break, half a dozen girls in white shirts and booty shorts pranced about the field with pompoms in what appeared to be an unchoreographed display, while muffled cheers and dance music reverberated over the loudspeakers. 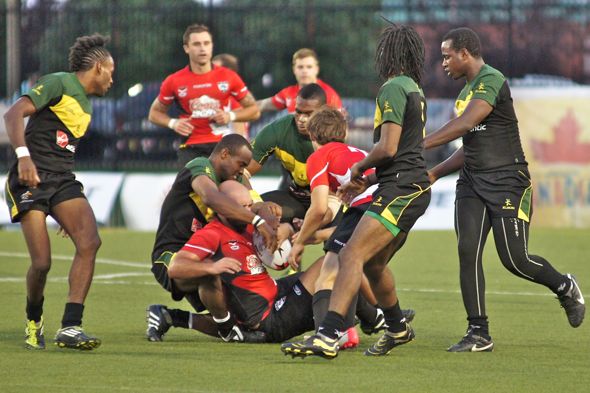 There appeared to be a few contentious calls from the referee, but it didn't slow down the pace of the game. 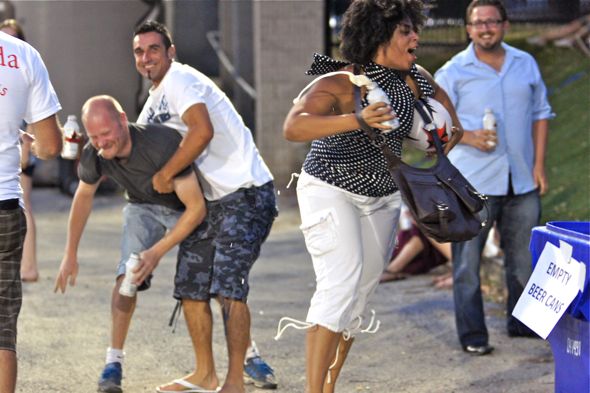 Hanging out in the beer garden section was a lot of fun. Aside from the occasional homophobic heckler, I got to witness a scuffle for a stray rugby ball. It's usually thrown back on the field, but not this time. 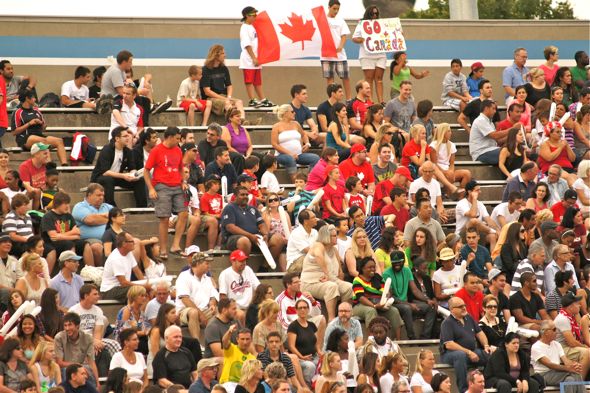 While only half of Lamport stadium's seating was filled, there must have been over 4,000 fans in attendance on the east side, soaking up the late afternoon sun. 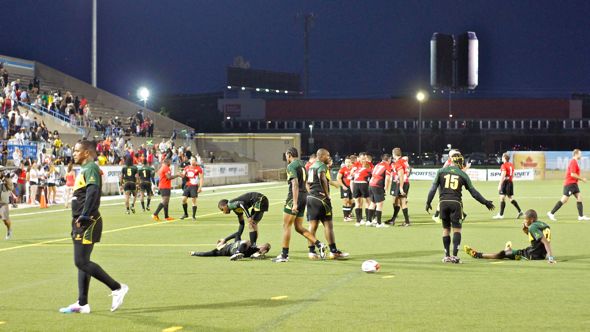 The Jamaican Reggae Warriors almost caught up with a score of 10-8 at one point, but the Wolverines prevailed, winning 18-12.

If you want to experience the next Canada Rugby League match in Toronto, you can catch Team Canada Wolverines take on the Lebanon Cedars at Lamport Stadium on August 11. Single tickets are just $12.