Where video gamers gather in Toronto

Toronto gamers have found a haven in A&C World. The one year old gaming zone and arcade is a spin-off of A&C Games, a retro video game store founded by brothers Chang and Gar Wan Toy. Located in a tiny plaza at 702A Spadina Avenue just south of Bloor, A&C World is sandwiched between a TopCuts and a Canada Post. Once the base of a karate school, the gaming zone resembles a house basement with walls displaying posters and paintings of familiar video game characters like Mario and Yoshi.

A&C World is filled with various games and consoles ranging from retro systems such as Super Nintendo, SEGA Genesis to newer ones like Xbox 360 and Nintendo Wii. There are arcade machines in a second room with games like Street Fighter II, NBA Jam to the vintage Space Invaders where players can challenge the highest score. But even though A&C World is large enough to hold 80 people, it often gets stuffy. 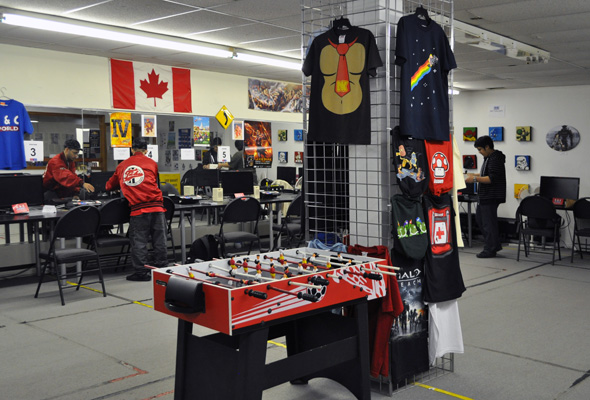 With no windows and barely any air circulation, the six television screens and nine computer monitors inside generate a lot of heat. But for just a $5 entrance fee ($10 for tournaments), A&C World provides all a video gamer needs: a plethora of games and competition, a proper venue for tournaments and a place to hang out.

"It really takes everybody back to how fun games are and it doesn't have to be all about the graphics. It's more about gameplay and friends," says co-owner Chang Toy. Before A&C World was opened, A&C would host tournaments at any available space at U of T that would have them on the weekend. And even then, the timing wasn't very consistent. 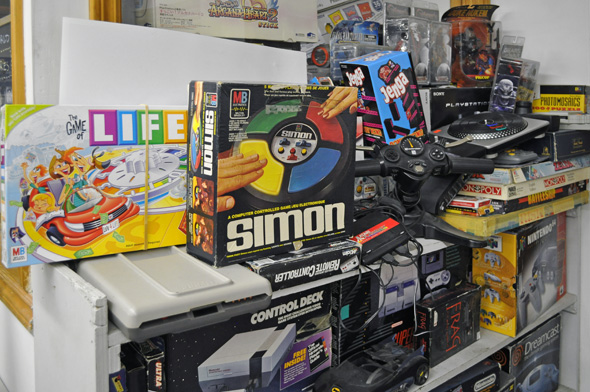 As Chang tells me, they were only able to hold a tournament once every two to three months. But now that the brothers own a larger area, they're able to provide the space needed to hold proper tournaments. Already with gamers coming in everyday to casually play against one another in games like Halo, Street Fighter, and Smash Bros., the Toys are also able to host and rent out the venue for tournaments every weekend.

To get a sense of the community inside, I attended a Super Smash Bros. Melee tournament. With eight players huddled around three TVs playing GameCube and another group of gamers concentrating heavily around another set of screens, the atmosphere inside felt a bit overwhelming. But soon enough, I was invited to play and everyone inside was very open to meeting new people. 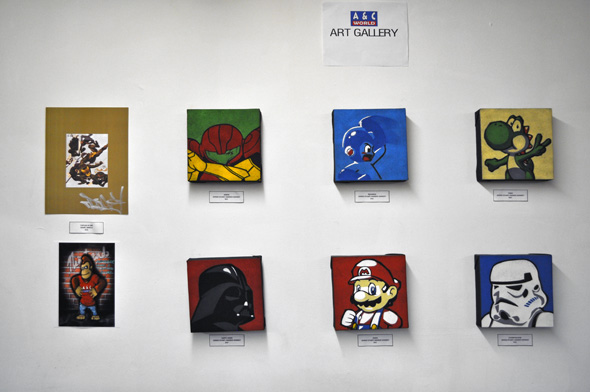 At A&C, it doesn't matter if you're a sponsored player or if you're terrible at video games. To fit in, all you have to do is love playing games.

Gamers like Kyle Charizanis are here at least once a month. He tells me A&C World provides him with a sense of community. Ever since he got hooked on Melee four years ago, the gaming zone has helped him meet a lot of friends who have since traveled with him to Hamilton, Vancouver, New York and Michigan to compete in video gaming tournaments. Understanding the stereotypes about gamers who are often seen as "socially inept," Charizanis says that awkwardness doesn't characterize the community. "When you play, it's completely social. It's more the people than the game." 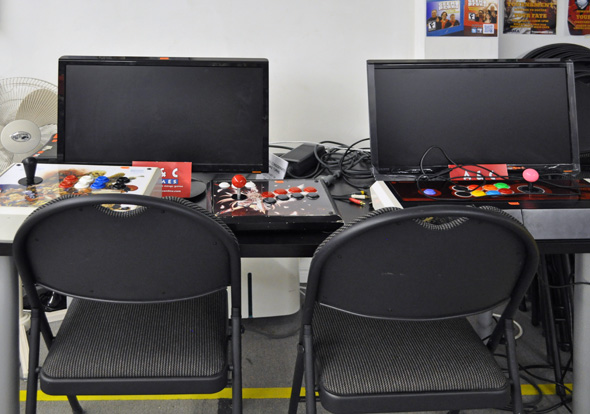 If it wasn't for the social aspect of meeting competitors face to face, Charizanis says he probably wouldn't be as involved in gaming as he is now. And given that he used to attend tournaments at a friend's house or at any rented venue, A&C World provides a space for gamers to hang out. "It's nice having A&C World to have a consistent place to go to every month. It's good for the community." 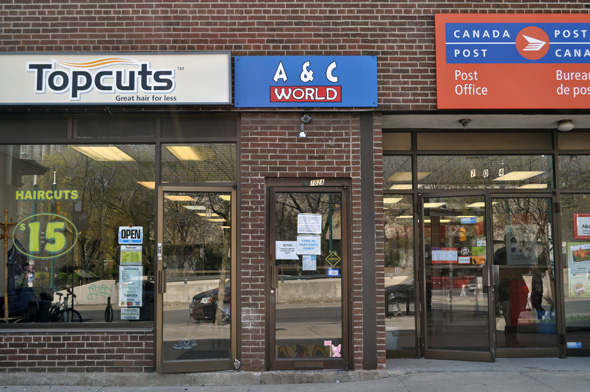 This post was written by Samantha Lui, a second-year journalism student at Ryerson University. She is a blogger for andPOP and a movie reviewer for Exclaim!. During her spare time, she enjoys writing and making videos for her blog. Photos by Roxanne Hathway-Baxter