The Toronto Spring Motorcycle Show heralded the start to the 2012 riding season and
brought a slew of bikers to The International Centre over the weekend.

Having just got a new motor scooter, I was eager to mix among my other two-wheel brethren, check out the exotic bikes on display and maybe find some deals on new riding gear. 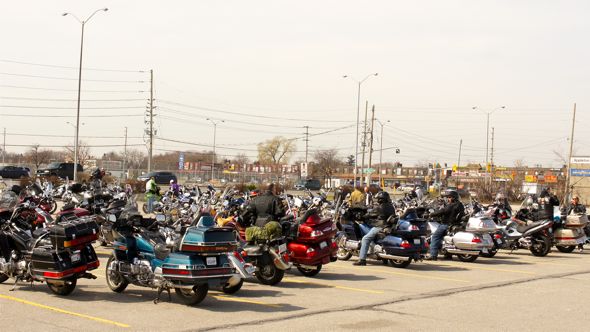 When I arrived on Sunday around noon, a section of the parking lot was already filled with Harleys, cruisers, choppers and cafe racers.

The first bike that caught my eye once I got into Hall 1 was actually a huge trike, courtesy of Frankenstein Performance Cycle. 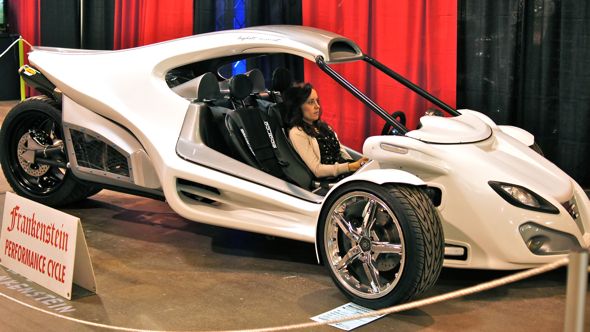 There were other cool three-wheelers on display, including some eye-turning beauties from 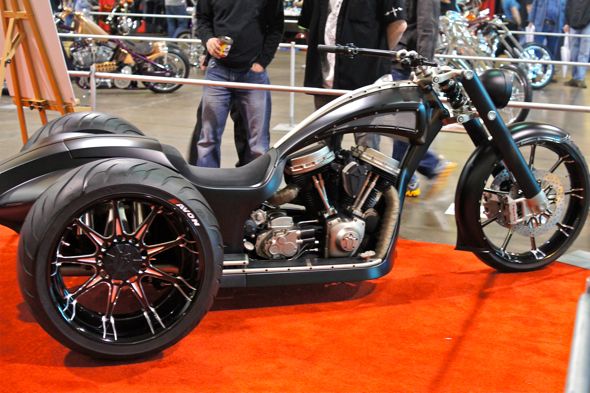 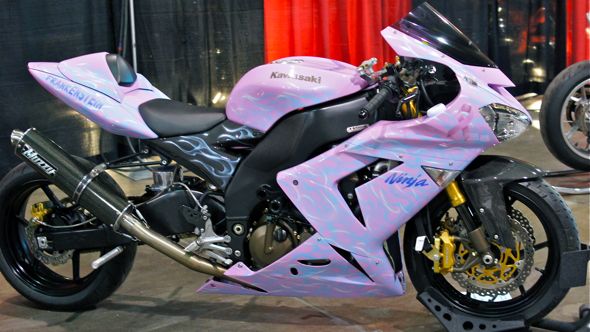 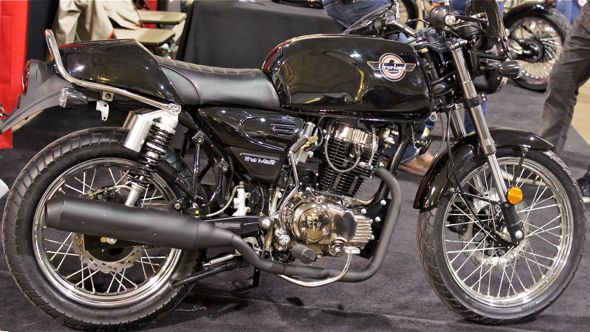 Over in Hall 3 I took in a few classic proud possessions on display in the "Bikes of the Century" exhibit, including this cafe racer. 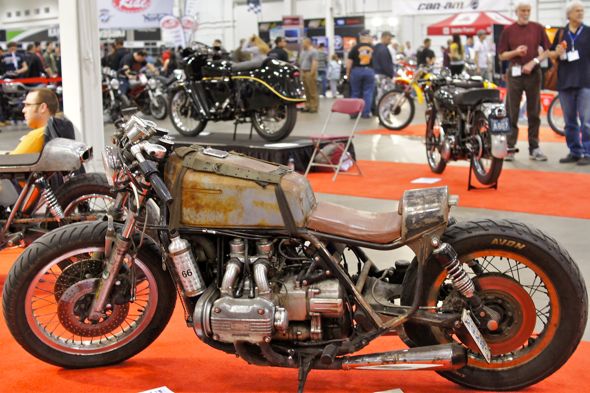 Another classic, the 1952 Vincent Black Lightning, caught my attention with its classic styling, leather and chrome. Richard Thompson 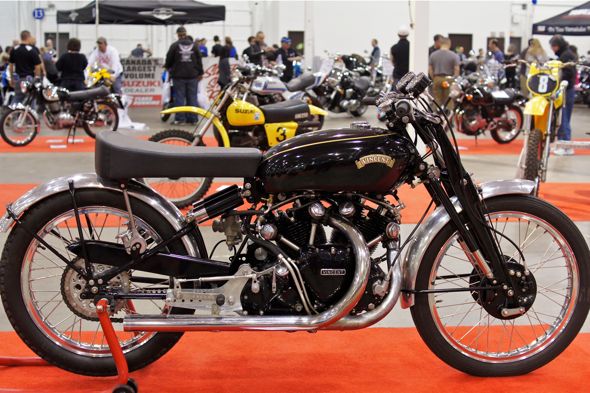 wrote a pretty cool song about this bike.

There weren't too many Vespas at this show, it being a motorcycle show and all. But this 1958 Hornet looked pretty rad with in turquoise and gold. 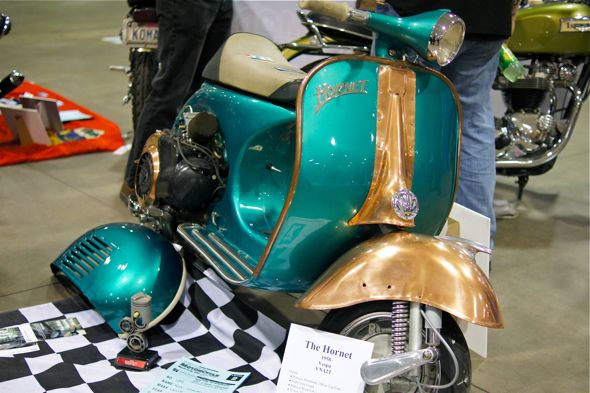 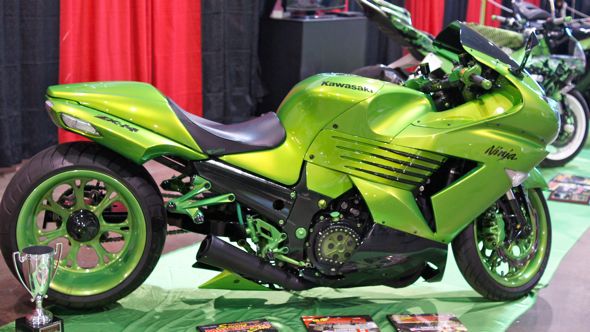 Some of the vendors had odd accessories for sale. Some of these iron-on patches made me chuckle, like "HORN BROKEN, WATCH FOR FINGER!" 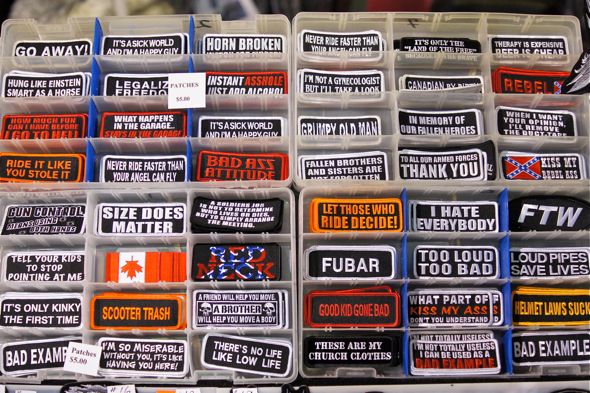 There were even some cute Betty Boop belt buckles. 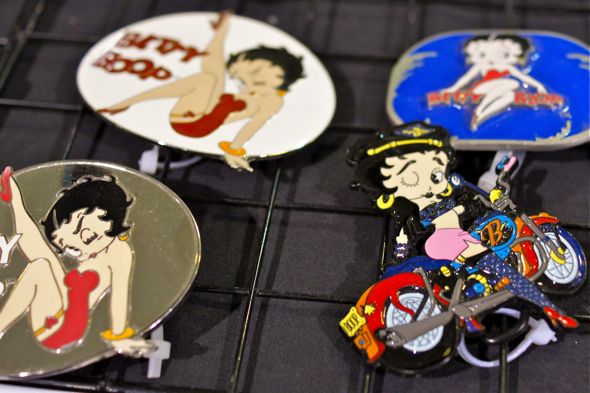 Other hotrods were all colour and chrome. 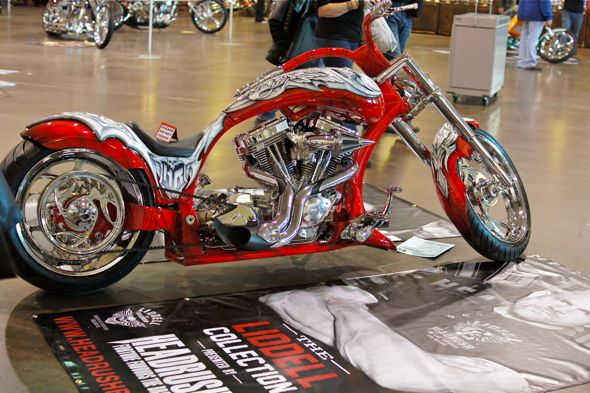 One of the things I found amusing was the proliferation of cheap gloves on display everywhere. I was pretty happy with the ones I had, but others pored over the dozens upon dozens of riding gloves on hand at the various booths and tables scattered among the three halls. 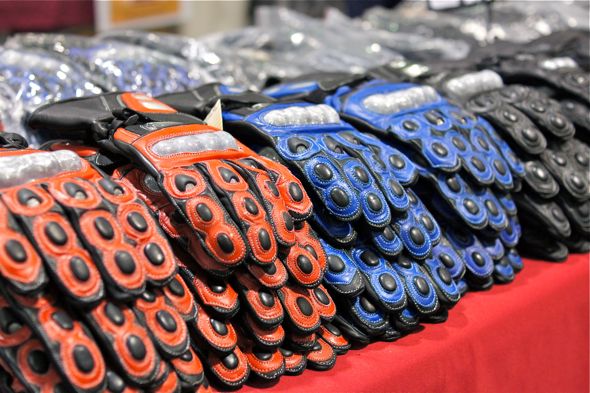 It was 5 p.m. before I knew it and the show had come to an end. As the show floors cleared out, I got a closer look at some of the Headrush bikes on my way out. They looked intricate and powerful, but you'd never catch me riding one of those. 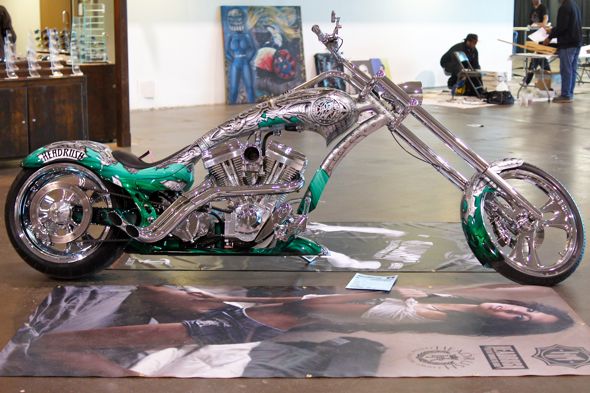 The most elaborate bike on display was without question this handmade, airbrushed beauty dubbed "SAMAHAIN" by Alain Pannaton. 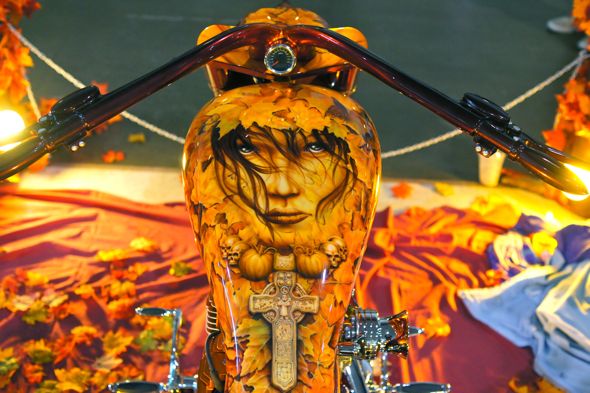 Its colour scheme and display was better suited for the autumn, but this work of art was one of my highlights at the International Spring Motorcycle Show. 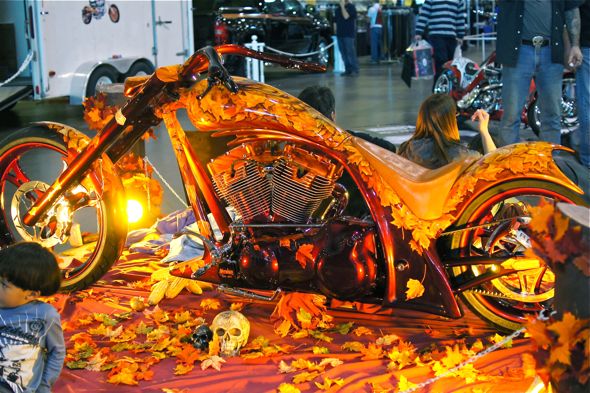