Fight! 4 was (you guessed it) the fourth installment of Ashley Sixx's popular wrestling and variety show series. This was my first-ever live wrestling match, so I was at a loss when I arrived to find an afternoon of booze, girls, fights...and a mind reader? Sixx, the former-bartender turned wrestler and creator of the Fight! Brand company, knows how to please a crowd. Sixx launched Fight! after observing the lack of wrestling matches in downtown Toronto. Now, the matches are held on average once a month, with Fight! 5 taking over the Tranzac Club again on June 24th.

The focus this past Sunday were wrestlers, who presenter Brendan Bash advertised as being among "the best in Canada," and I admittedly spent the first half hour with jaw agape at the violence and brute force. But it's wrestling, after all. Which means taunts from the performers and the audience and clearly choreographed bits that have the crowd in an uproar. 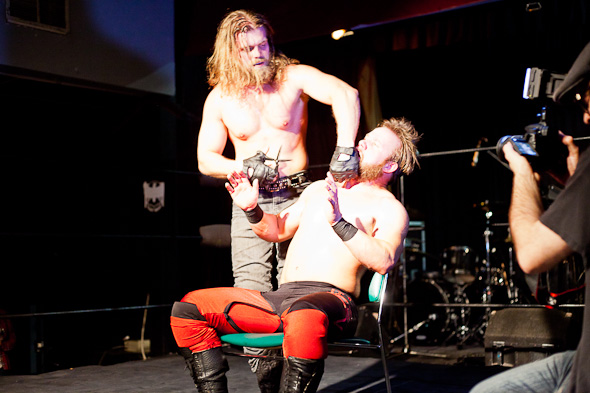 Breaking up the afternoon's 8 fights were lively sets by Canadian hard rockers Rise for Order and a beard vs. beard match, in which the winner was meant to cut the loser's (formidable) beard. Spoiler: the winner generously acknowledged the value of a good face pelt to a man, and showed clemency.

There was also a girl-on-girl match and the wrestling equivalent of a domestic complaint, when one wrestler's girlfriend entered the ring. The half-time show offered up a family-friendly session by Mysterion, of the Great Canadian Burlesque, and a brief but heartily appreciated striptease from Dolly Berlin. 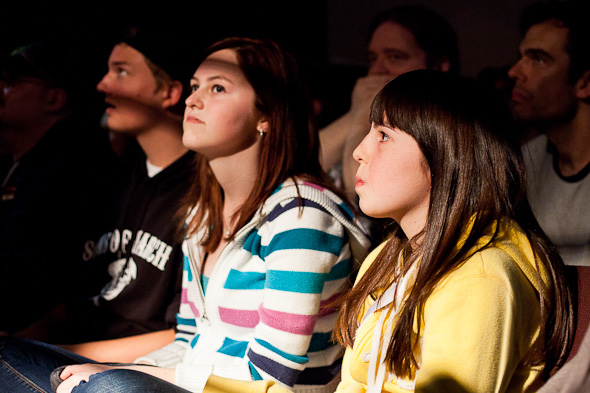 Special on Sunday was the first-ever championship, complete with gilded belt. Some members of the audience clearly had the favorites picked out from the get-go, but allegiances shifted over the course of the show, as underdogs outperformed their statistics and former champions fell flat, or worse, as in the case of musician-turned-wrestler Robin Black, didn't show up. The winner of the afternoon was "Psycho" Mike, who left his opponent knocked out as blood-red streamers showered the ring. 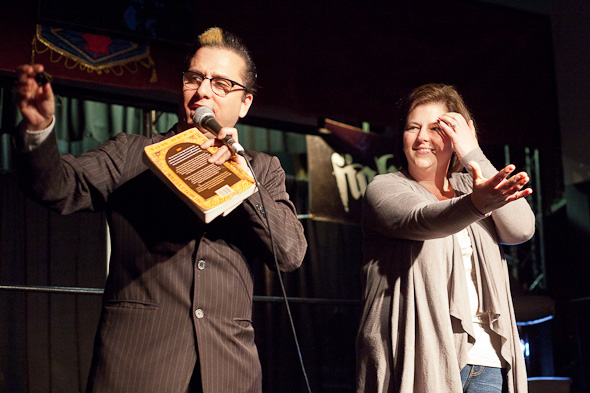 The crowd: Annex locals, jersey-wearing sports fans and obvious wrestling die-hards, as well as a family complete with young daughters in tow. Surprisingly, the predominantly male crowd's loudest ringleader was, in fact, a woman.

Also in the crowd was, Stacey, who once ran the Toronto Pillow Fight League and supports the fight series wholeheartedly. Ashley Sixx was a trainer for the League's girls, and Stacey enthusiastically confirms that the fourth entry had one of the fullest houses so far. Conversely, Jen, a neighbourhood resident, used to be a fan of wrestling when she was younger, and the flier for the show was enough to draw her in. 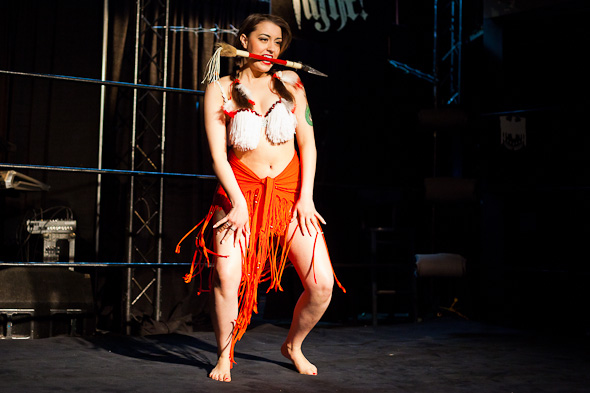 The fights sometimes draw blood, supporting Sixx's claim that the setting has "relaxed rules", the wrestlers take the fight into the crowd--a note of warning to the first two rows--and the moves are, mostly, the real deal. G.K, a local film producer, used to wrestle, and stands behind the physicality of the show. "These aren't amateurs," he says.

What's next for Sixx and Fight! Brand? More of the same, plus a new endeavor: the first annual BandBattle, setting eight bands against each other over one night. For a newbie to the punches, tosses, and taunts, Fight! 4 was a smash, and I might very well be a convert. 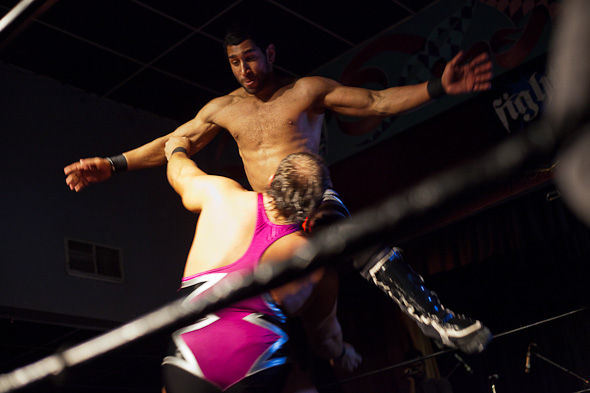