Bedlam All Girl Pillow Fight Revue brought some campy fun to Lee's Palace on the weekend. Spawned from the former Pillow Fight League, the new revue is an all-girl run show that aims to dial up the kitch factor when compared to its predecessor.

The evening's entertainment incorporated a stand-up comedy act, a burlesque act or two and a fabulous drag queen in between bouts of girl-on-girl pillow fight action. In other words, it was an eventful night.

Here's how it played out. 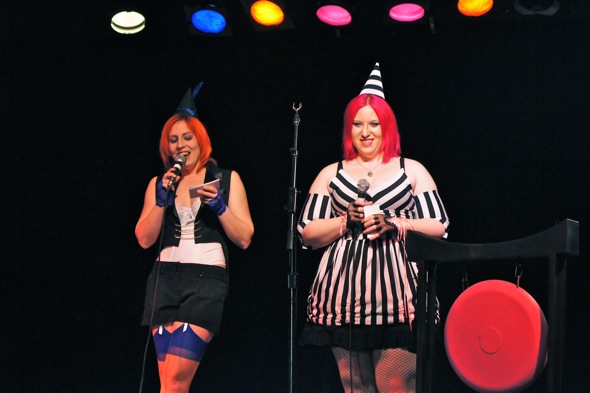 Crystal Clear (in the orange hair) MC'd the night and did well to egg on the crowd. 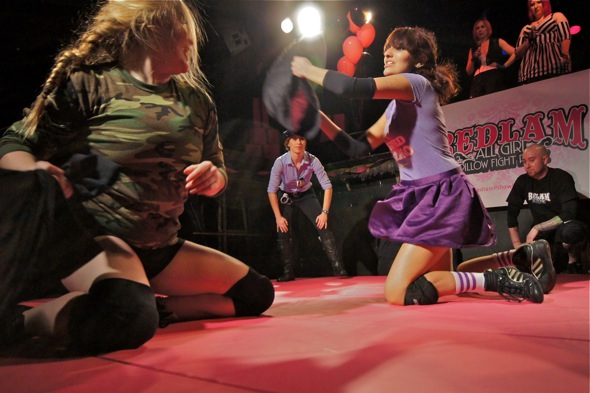 The first bout pitted Cami Flauge against Lynn Tendo, who won by a pin submission. 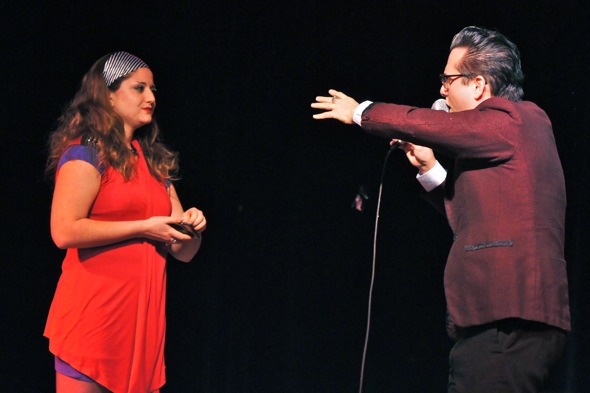 Mysterion the Mind Reader did his schtick in between bouts. 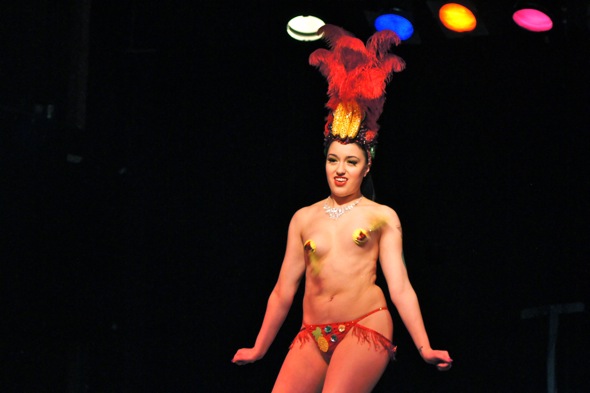 Attendees were treated to some twirling pasties on stage, courtesy of a couple of burlesque dancers. 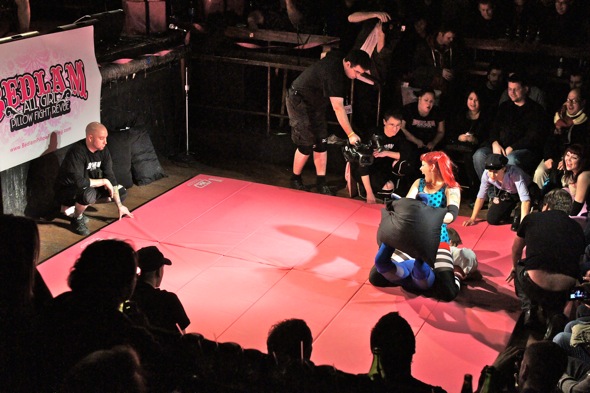 The main action took place on a large pink mat in the middle of the venue below the stage, surrounded by two rows of chairs, allowing die-hard fans to get close to the action. 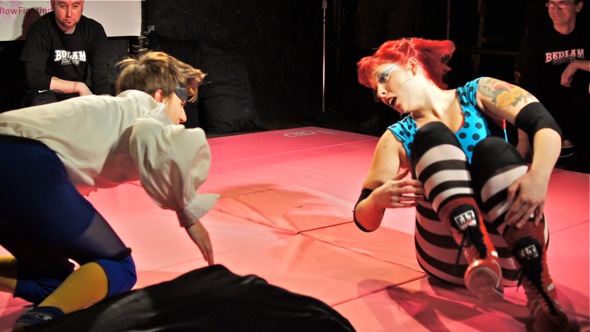 One of my favourite pillow fighters was Elle Cappitan, who played her drunken pirate role really well. 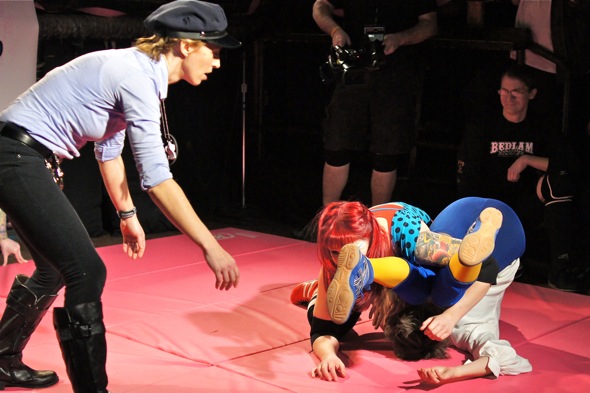 Kitty Barnum, in her circus-inspired stripes and polkadots, wasn't afraid to tumble around the ring with her. We also got to meet her sister, Bailey Rena (together they're Barnum and Bailey). Anne Force Her did a good job as referee. Although I really would've liked to see her use those handcuffs. 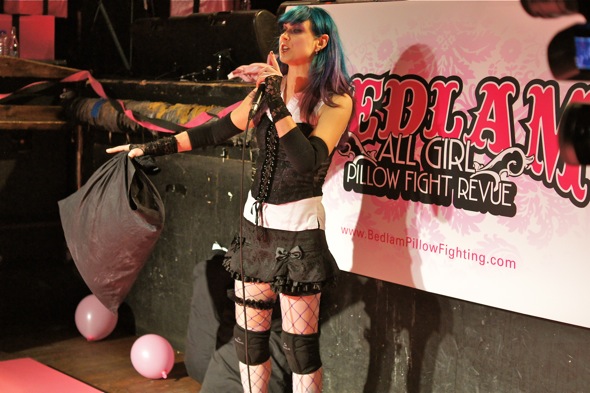 If you're into vampires or the goth scene, or perhaps even Twilight or Bauhaus, you'd get a kick out of Stella Lugosi. She's a force to be reckoned with in the ring. But Cookie Crumbles managed to do a reversal move the last minute for a come-from-behind win in their bout. 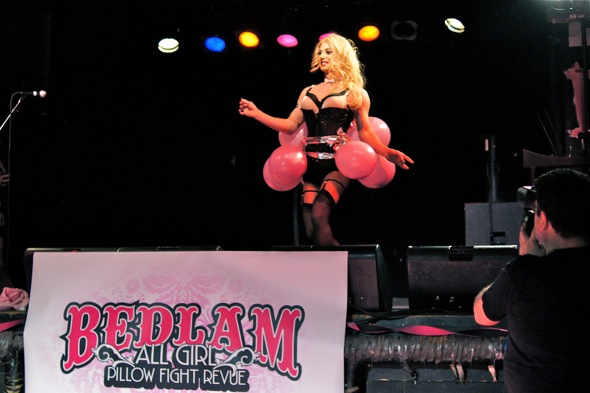 I found the most entertaining act of the night to be Lady Scarlet, a fierce drag queen who knows how to burst more than just balloons. At the end of her act, she almost got into fisticuffs with one of the pillow fight girls.

The main event pitted a hillbilly Shania Paine against the feisty little Pummelina. This whack-fest ended with a pin and Paine was victorious. All in all, an enjoyable night of fun.

Think you've got what it takes to learn the "delicate art of professional pillow fighting" and join the ring with these girls? The Bedlam Pillow Fight Revue is holding tryouts this Sunday.

More photos from the pillow fight: