This weekend, Downsview Park was packed with cars, girls, and skates from across the world — all here for the same reason: the first-ever World Cup in Roller Derby, hosted by our very own Toronto Roller Derby league. 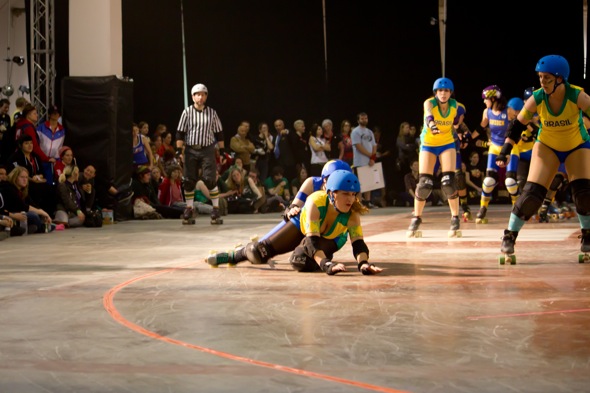 "Derby has evolved at such a rapid pace over the last 2-3 years. It's been really hard to tell what level everyone is at across the world," Toronto Roller Derby spokesperson Amie "Speedin' Hawking" Sergas tells me. "So this is really our first opportunity to see what levels the teams are at and how they stack up against each other." 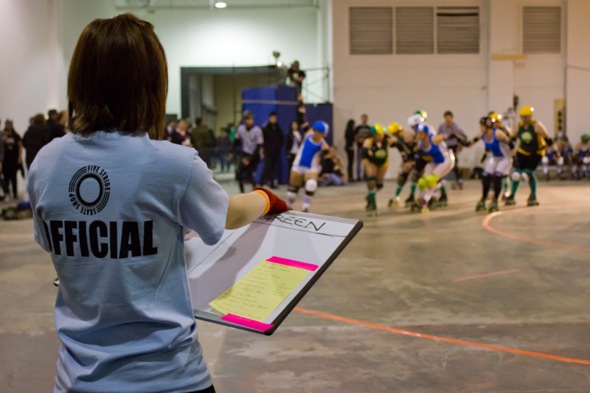 Competitors from 13 countries worldwide traveled to Toronto for the event, coming from as far away as New Zealand. There were more than 300 skaters and hundreds of international volunteers, referees, and non-skate officials who took part in the inaugural event. Some countries have leagues that have only been in existence for a couple of years, while others, like the U.S., have tons of experience under their belt.

"Team USA is the most progressed, probably 4-5 years ahead of the rest of us," Speedin' says, before adding that "Canada is not too far behind. We're becoming more competitive as more teams join the Women's Flat Track Derby Association." 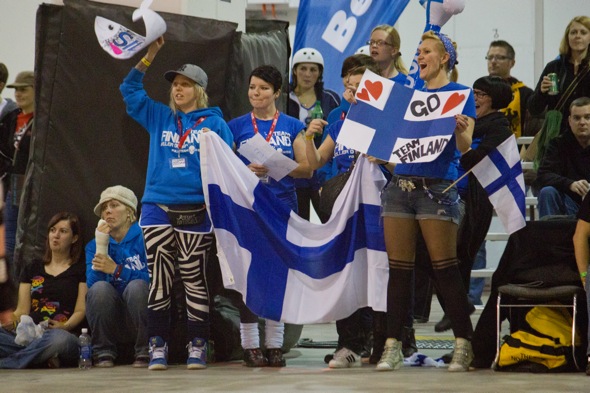 One of the most interesting things to me about the teams is who is skating for which country. Speedin' tells certain players have chosen to skate with their home countries as opposed to the country they play within at the moment. A Montreal Roller Derby player originally from France, for instance, choose to skate with Team France this weekend instead of Team Canada.

"We're such a close knit community, almost cultish," says Speedin', "so it's great to see everyone in the world who is passionate about this sport in one place, and playing together." 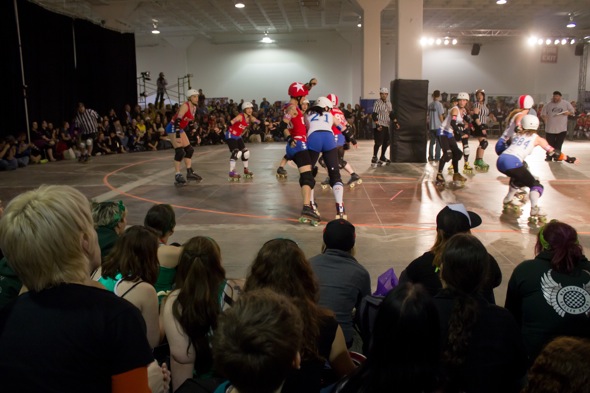 Hosting the World Cup was no easy feat for the TORD ladies — over a year of planning went into this event, working alongside the derby magazine Blood and Thunder, who came up with the idea.

"We really wanted to focus on the sport as opposed to the spectacle," says Speedin'. She adds that she hopes this event will help garner more recognition for derby in the city. "This gives us exposure in Toronto as a sport, rather than as a fun, cute event to go to." 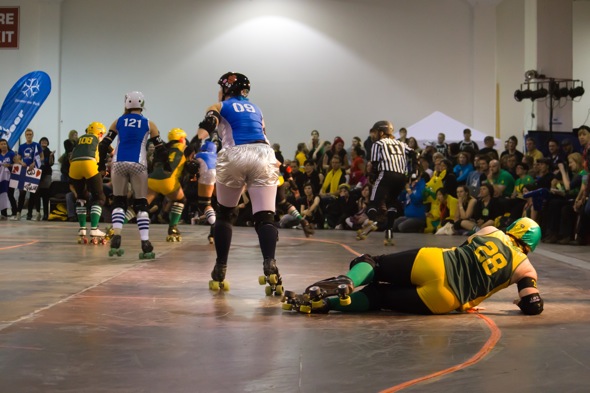 While derby outfits may be cute — knee high socks and shiny, glittering booty shorts over leggings — these girls are hardcore. I watched for a few hours as they skated, and they skated hard. When Speedin' told me about the athleticism on display would be on par with other major sport leagues, she wasn't kidding. I've seen the TORD skate before, and I was impressed then, but seeing the best of the best compete this weekend really opened my eyes to a whole new level of Derby. 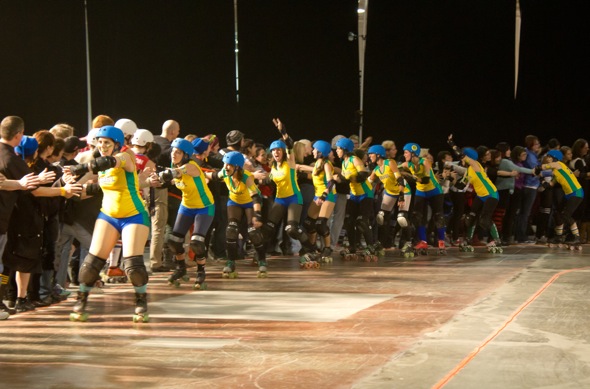 By Sunday, all the teams had been seeded, eliminations were over, and the final placement rounds were well under way at this sold-out event. As the end of the competition drew near, so did the final bout between first-seeded U.S. and second-seed Canada. In the end, Team USA proved they are, indeed, the masters of flat track derby by beating Canada 336-33 for the World Cup.

For a complete list of weekend results, or to watch one of this weekend's bouts in the archives, you can visit the Derby News Network.