The annual Toronto Santa Speedo Run raised eyebrows across Yorkville on Saturday as a group of scantily-clad runners hit the streets wearing their best red speedos and not much else (in Boston, it would appear, they're a bit more creative).

The temperature hovered at around -3C, but a nasty wind from the west ensured that the participants had to deal with at least a little discomfort. But it was all for a good cause. This was the run's seventh year in support of the Hospital for Sick Children, over which time it's raised $180,000 for holiday gifts for kids who are confined to the hospital.

Here's what it looked like. Lead photo by dtstuff 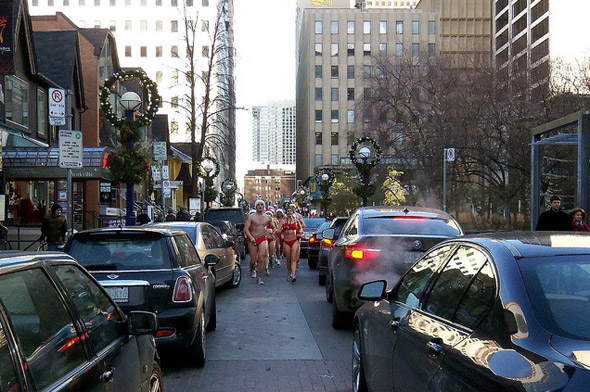 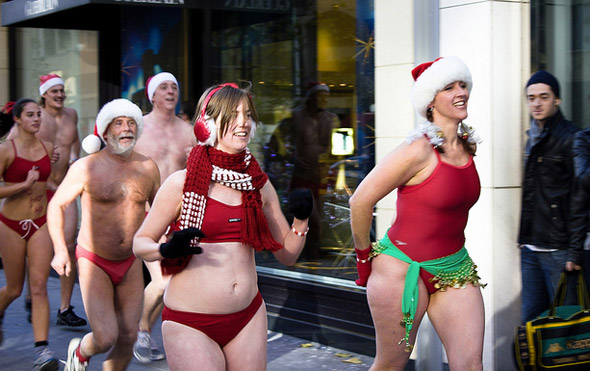 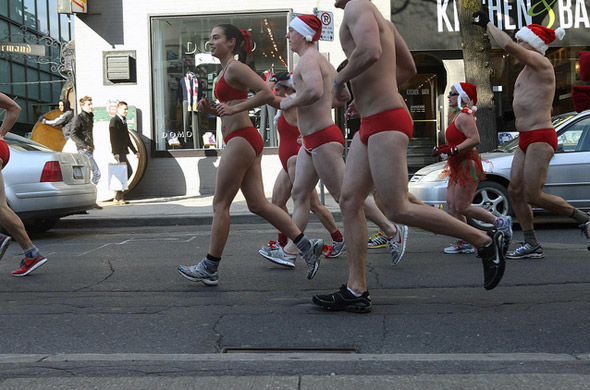 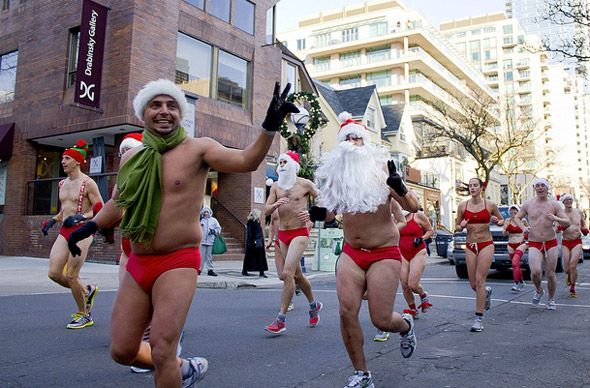 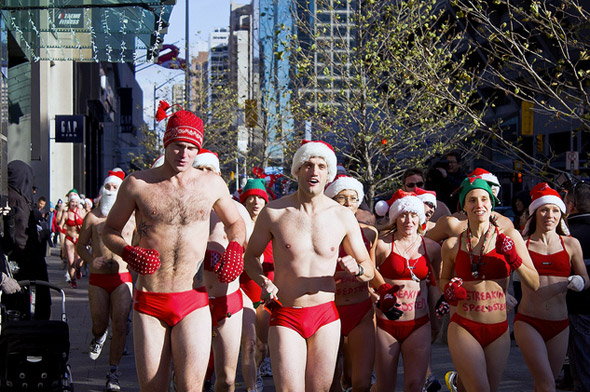 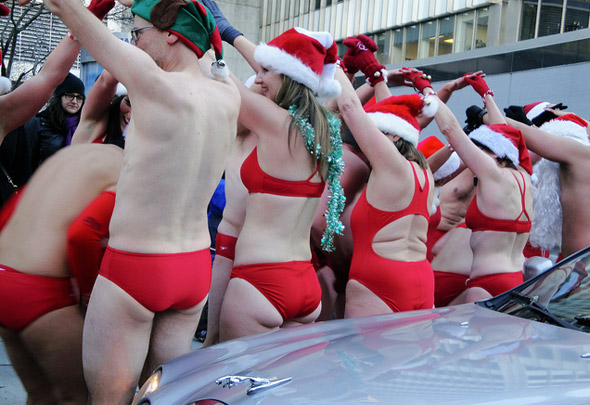 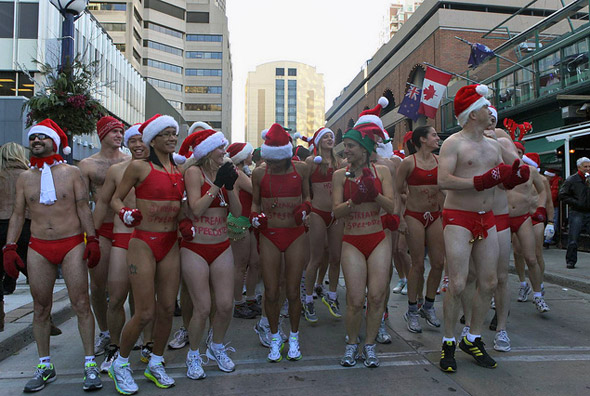 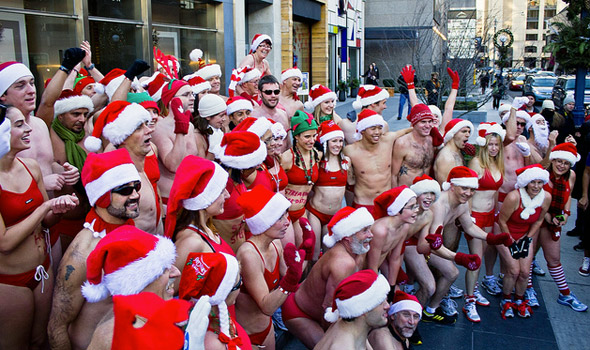 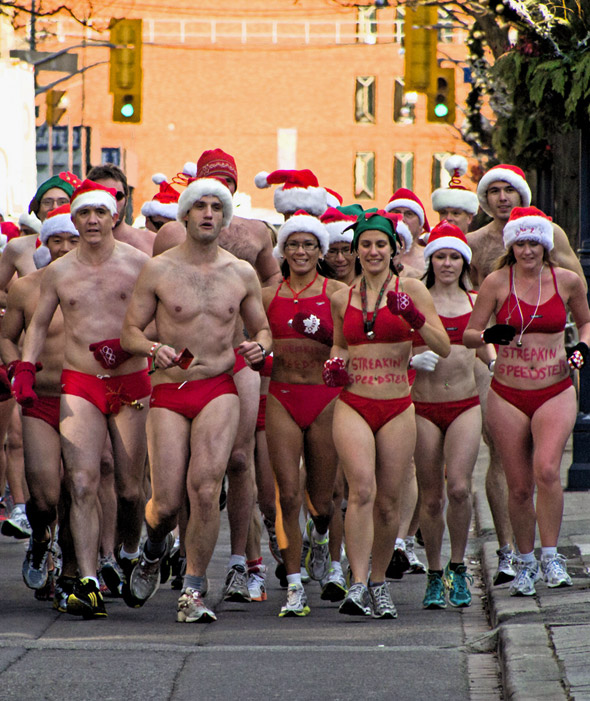 For more photos, including those from runs in other cities, check out this search on Flickr.