What to do at a live auction in Toronto

If there was ever a time when extraordinary extremity awareness is key, it would be during a live auction at the A.H. Wilkens warehouse on Queen East. In retrospect, then the two large coffees I guzzled before a recent morning auction was one of my poorer choices of late, as was my nonchalance about hurling my arms back in an occasional voracious stretch. I think I just provoked a discussion of imposing a minimum age limit on these sorts of events (to keep out the punks who can't keep still, and whatnot).

Indeed, I was certainly out of place at A.H. Wilkens' first antique estate auction of November. While the rest of the kids were at IKEA, I was sharing space with the 50+ year-olds who came armed with notes (written-out, no less!), ready to make some incredible buys. I, naively, thought I was right on par. I had perused the pictures and descriptions of items that would be for sale beforehand online, I skimmed the list of general auction need-to-knows, and came equipped with both an extra pen and an additional cup of coffee. I was going to nab some awesome one-of-a-kinds for my apartment at a great price. 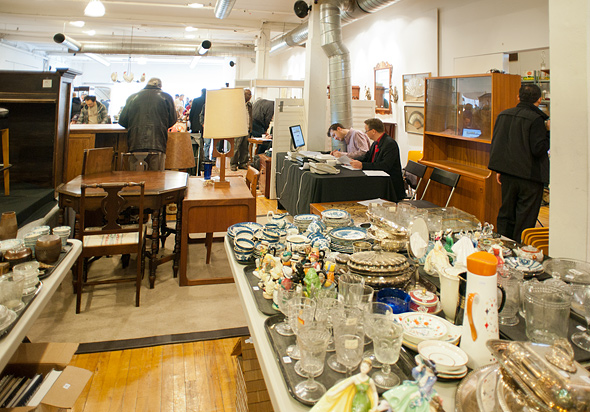 My dream faltered, however, and I left empty handed. While some astute buyers went home with treasures such as a German cookbook dated 1777 for $120, a collection of four carved Inuit birds for an incredible $90, and the walnut Art Deco chair for which, sadly, I had already planned a space, I had nothing. Well, that's not exactly true; I did leave with a lot of sentences starting with "Damn, I should have...", a type of hindsight which, in the spirit of great salvage hunting, I will now pass on. Just you wait, next fabulous estate auction, I'm coming prepared, and I will conquer.

Here are some things to keep in mind if heading to your first Toronto auction:

That should be in bold, italicized, and double underlined. While I sat dopey-eyed at the prospect of bidding on a 14K, 24g white gold Omega watch starting at $250, I kept forgetting about the additional costs that would be tacked on after purchase. A buyer's premium of 17% is added to each sale, as well as 13% tax. That's 30%! The final bid for the watch was $475, but the buyer will end up spending over $600. You better be able to do some quick math in your head, or else determine how much you're willing to spend ahead of time. 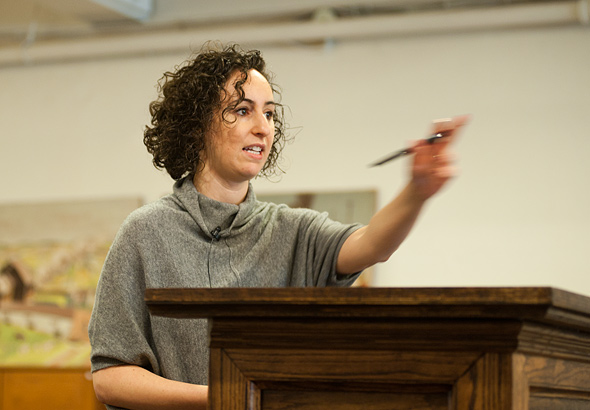 I thought my Internet research was enough perusal--not so! (This lazy generation and their online shopping, eh?) I should have known that some items, especially furniture, would look totally different in person. The other advantage of attending a preview, which is usually held the day and/or a few hours before a live auction, is that you may be able to speak with staff to garner how much interest there has been in a particular piece, allowing you to better prepare for your bid. That and making nice with the auctioneer. Hey, whatever helps, right? 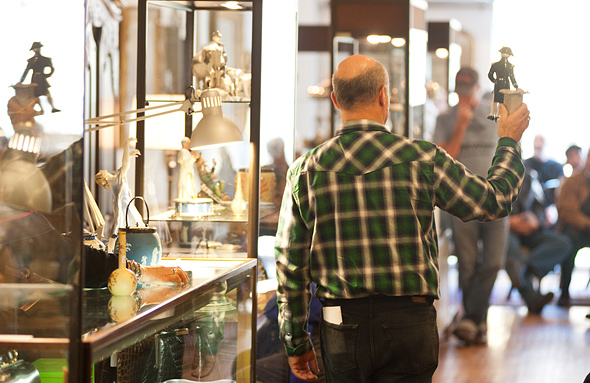 Unlike many country auctions, people in this city take these things seriously. I've stumbled upon a few Muskoka auctions where auctioneers will toss plates in the air as a form of display. Needless to say, you won't find that in Toronto (where I actually witnessed a man hiss at a couple who were taking too loudly). Come prepared, and only consult with the bean counter in your life quietly or outside of the room. Oh, and keep caffeine to a minimum (see "punks who can't keep still," above). 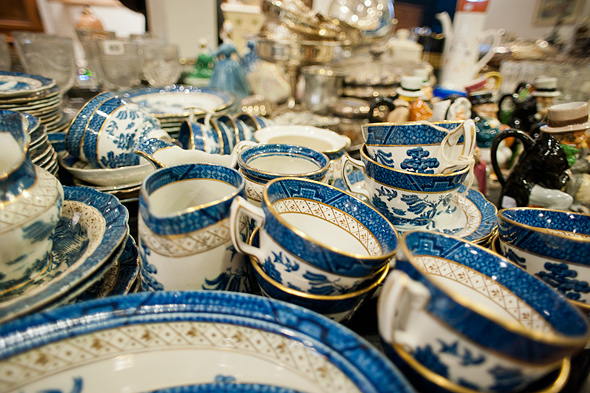 This point is two-fold. One, you'll know the order in which items will be auctioned off. I sat twiddling my thumbs for hours, literally, waiting for the lot to move past antique figurines. (Sorry, Royal Doulton; you just aren't my thing.) If you know your items of interest are later down the line, you can afford to trickle in a little past the start. Also, by requesting a list ahead of time you'll be able to do some research into what it means to see "David Gilhooly," allowing you to determine if it's worth it to invest in a piece.

When it's down to two bidders, the slightest nod confirms a bid. (Bad news for the perpetually agreeable.) Eye contact is also key, as I witnessed many bidders think they had won a sale, only to realize the auctioneer was actually looking at someone else when later requesting their paddle number. Needless to say, any unnecessary gesture in the auction room is a no-no, especially since (at most auctions) everything is final sale. 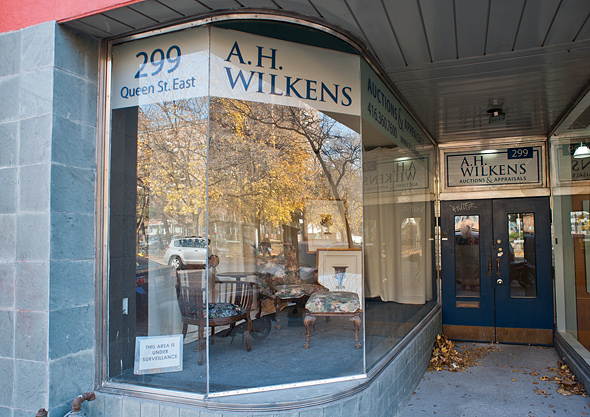