Honda Indy 2011 and the spectacle of speed

The 2011 Honda Indy was the expected show of speed race fans were promised, with 26 drivers from across the globe competing at breathtaking velocities for the Toronto title. But an unusual amount of aggression surfaced as the day wore on, and the 240 km Lake Shore West racetrack was soon marked by a slew of collisions. 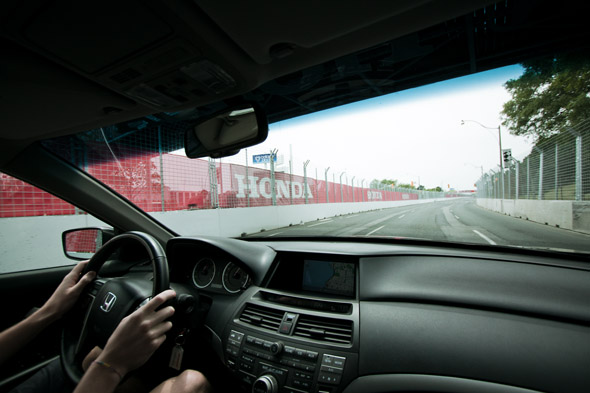 Admittedly, I'm not a huge car racing fan and thus didn't quite know what to expect on the way to the track. I knew that jaw-rattling speed was the name of the game, but what exactly was it like, I wondered, to ride shotgun in a pace car going 180 km/h? Unable to turn down the chance to find out, I signed the waivers and hopped in. The American driver looked barely 25, but was so comfortable behind the wheel that he turned to chat idly about the state of Canadian asphalt as we hurtled around the turns. Plastered to the door and hanging on for dear life, I nearly begged him to keep his eyes on the road â but before I knew it, we were back where we'd started. The whole lap had lasted only about a minute. The Indy would have 85. 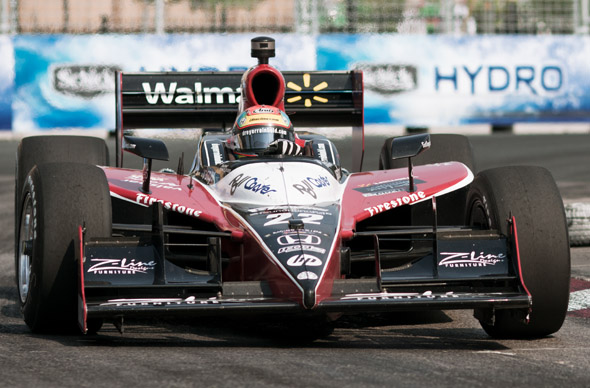 It was then time to witness the real thing. As this year's grand marshal, actor and comedian Dan Aykroyd (who, coincidentally, was pulled over for speeding on the way to the race, kicked things off with the most celebrated line in racing: "Drivers, start your engines!" The ensuing roar of the engines was incredible, with Twitter users reporting the angry-bee-like buzzing as far north as Bloor. A lack of ear protection was unthinkable for photographers and spectators close to the track. 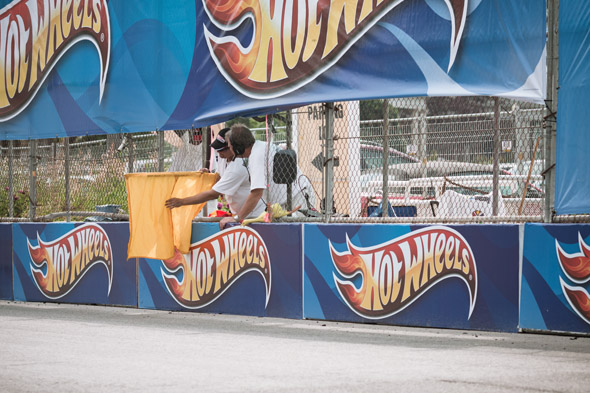 Brazillian driver Tony Kanaan was the first yellow of the day after only three laps. That first incident was soon followed by enough collisions to rival bumper cars at the amusement park, with Canadians Paul Tracy, Alex Tagliani and James Hinchcliffe involved multiple times. Six drivers did not finish the race, including defending champion Will Power. Thankfully, there were no injuries, but there was no shortage of foul words and rude gestures being thrown around. 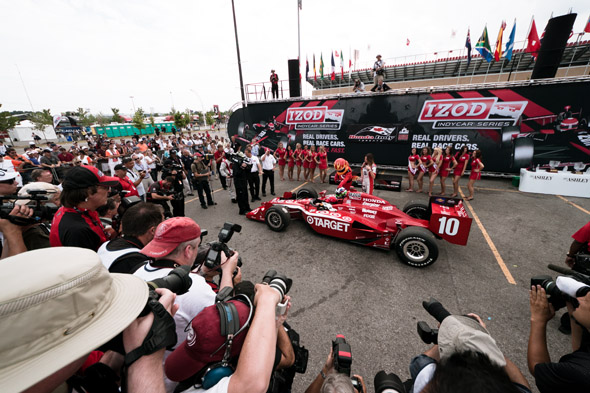 After eight full-course cautions and a slew of collisions (including a five-car pileup just a few laps from the end), Scottish driver Dario Franchitti took home the third Honda Indy title, but not without some controversy â he and Power had collided earlier in the race and a drive-through penalty had been given to Franchitti, although it was later retracted.

All in all, the crash-filled spectacle made for a memorable day for both Indy devotees and casual onlookers. 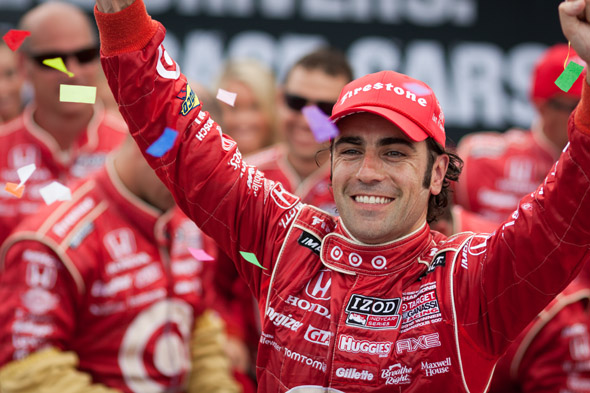 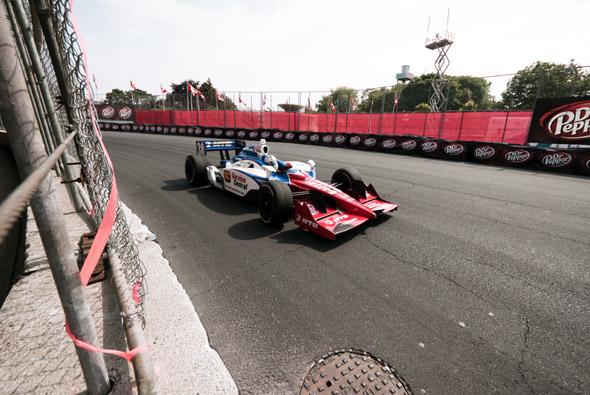 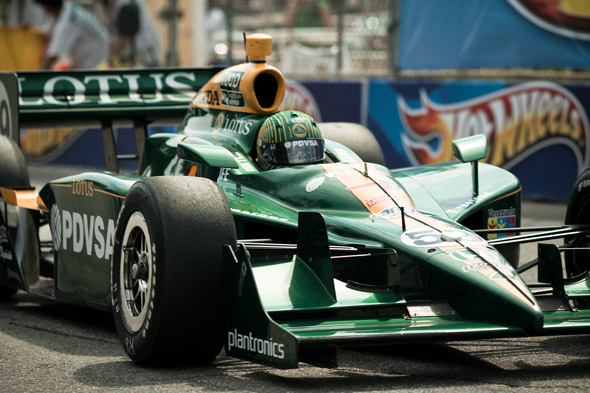