The annual Toronto pillow fight organized by Newmindspace was held at Yonge-Dundas Square on Saturday. Last year the event took place in mid May, but the date was adjusted for 2011 to coincide with International Pillow Fight Day (yes, such a thing exists!), which takes place in about 130 cities across the world. The cooler temperatures didn't seem to deter the crowd as the square was packed with pillow fighting enthusiasts swinging away wildly.

The inclusion of a live samba band added an interesting ebb and flow to the proceedings, with the fighting sequences intensifying whenever the drumming got louder. And though no one actually got hurt, there were some decent beatdowns to be witnessed. Check 'em out (photo credits below each image). 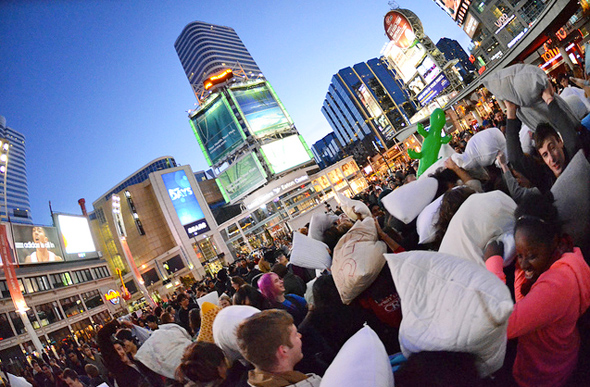 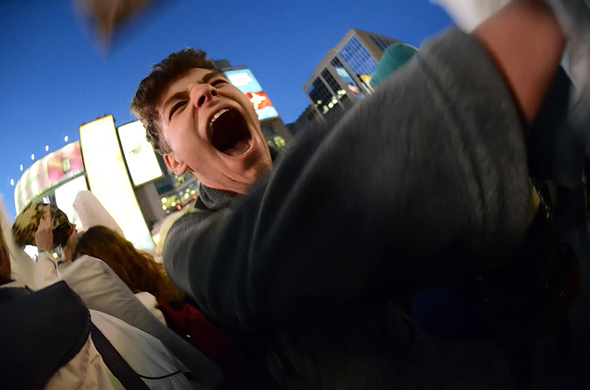 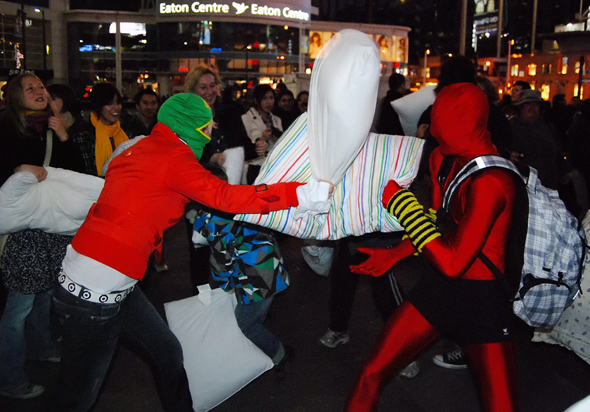 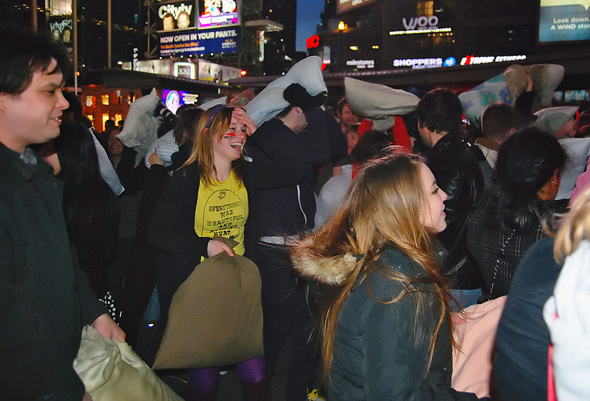 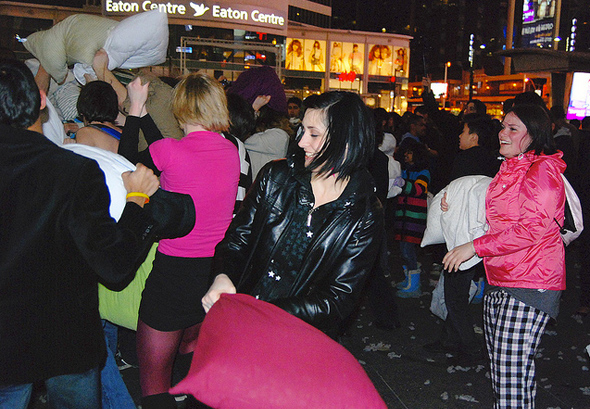 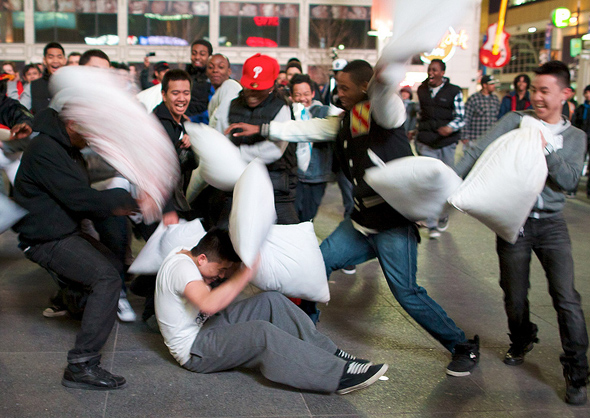 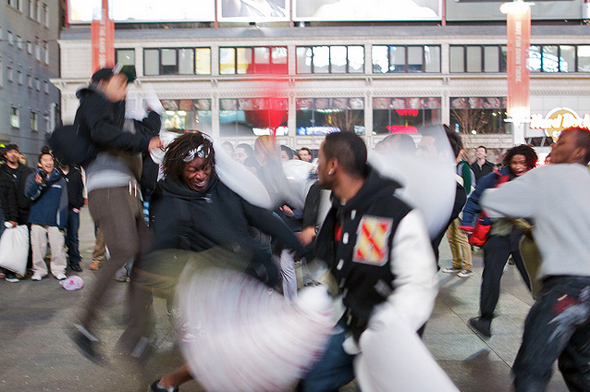 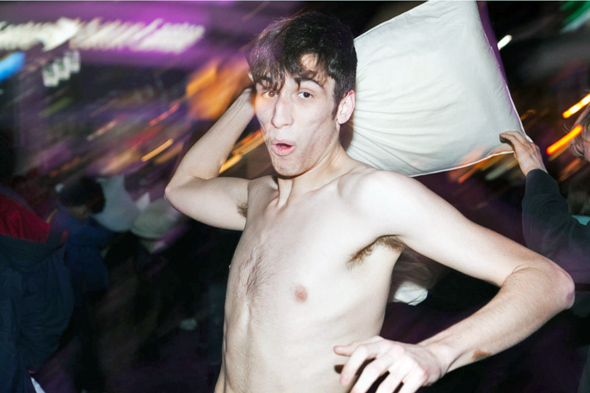 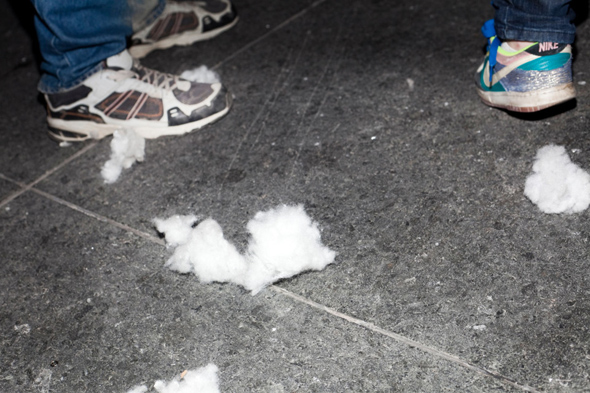 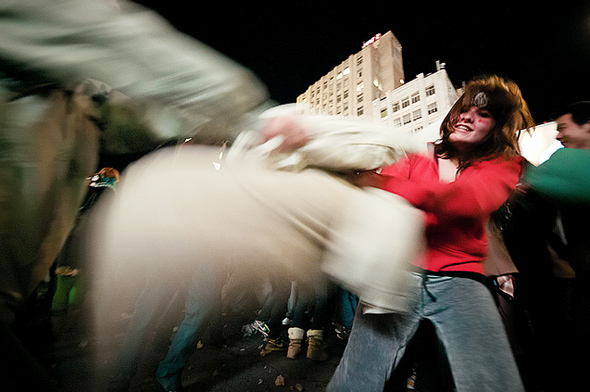 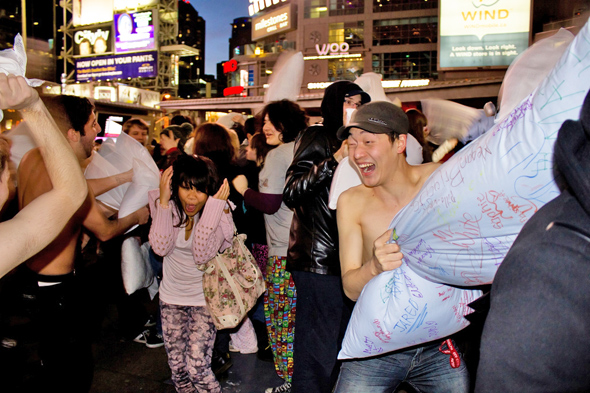 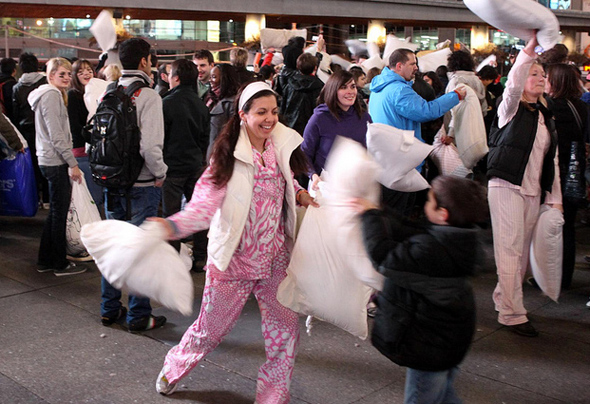 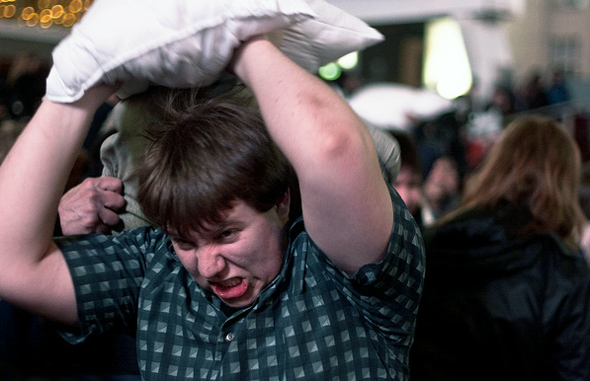 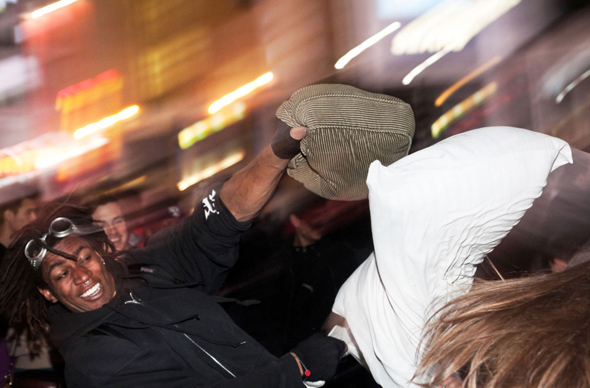 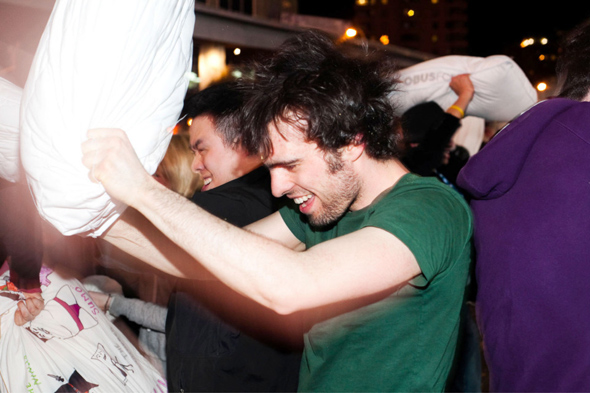