I might not make any friends with Wychwood Park residents by posting about this, but having recently taken an impromptu winter drive through the gated community, I was intrigued to come across the most tranquil skating rink I've ever seen. While driving along Davenport one night, I noticed that Wychwood's lower gate was open, and so decided to take a friend who'd never seen the somewhat hidden neighbourhood on a a little tour. Perhaps it was because the rink was illuminated by moonlight, but upon seeing the two hockey nets separated by a clean sheet of ice, our reaction was a hushed "wow." 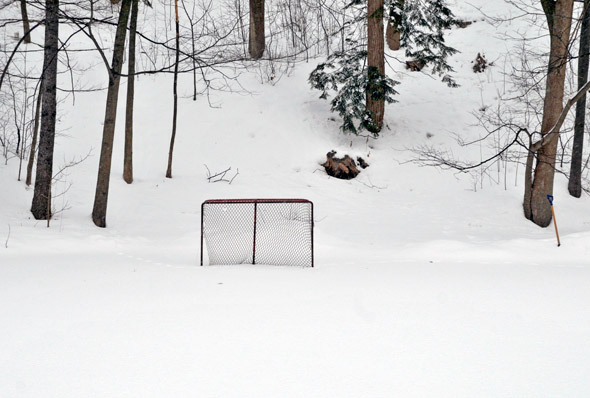 I had heard at some point that the pond at the centre of the community - which was formed by damning Taddle Creek at the turn of the 20th century - was used for skating in the past, but was surprised to discover that it's still put to such a use. Unfortunately, I was not equipped with a camera when I first came upon this picturesque scene, and when I returned the rink was snow covered. As you can see from the shovel to the right in the photograph above, keeping the ice surface clear is very much a manual operation. 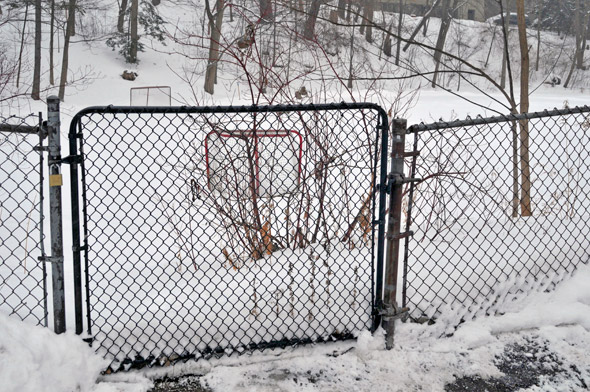 Alas, this is not a public access rink. It's unclear on whose property the pond sits - though I suspect it's owned collectively by the residents of Wychwood Park (like the roads and streetlights). The gateway by which one enters the skating area is thus secured by a small lock to keep "tourists" out. I won't suggest climbing the fence to go for an illicit midnight skate, as that would piss off the residents and potentially pose a danger to the would-be skater, but it might be worth a visit if only to catch a glimpse at this wintry window into Toronto's past. 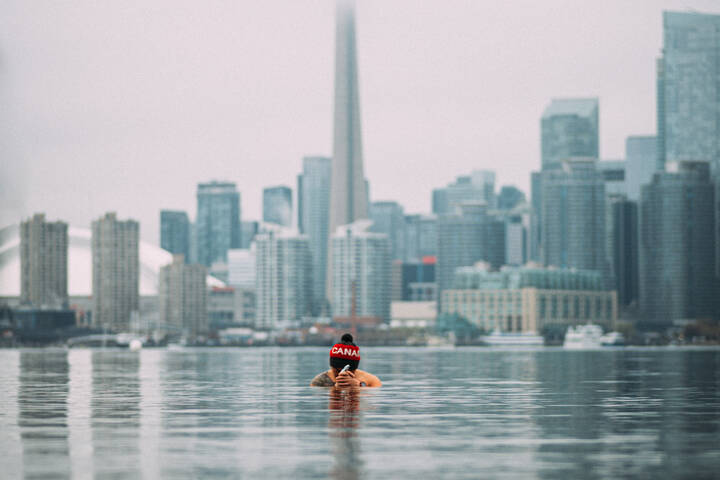 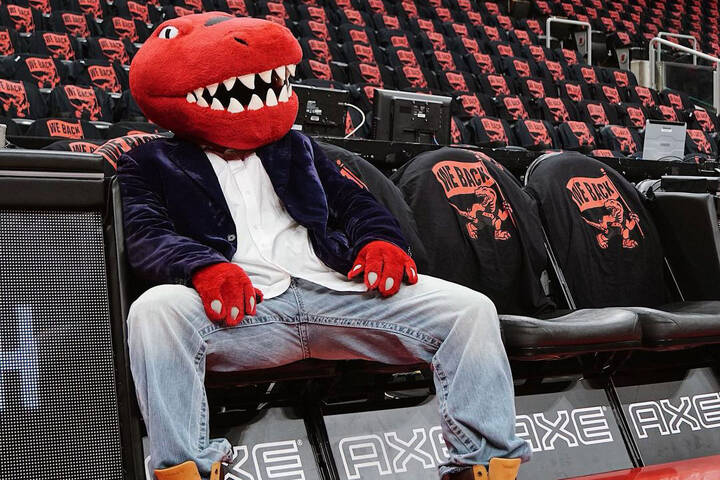