That the 2010 Toronto Maple Leafs suck should be clear to even the most rabid fan after last night's embarrassment at the hands of the almost-as-bad-but-filled-with-youthful-talent Edmonton Oilers. But just in case it isn't -- and there's no doubt that Leaf fans are the most stubborn supporters around -- George Bel has created this most helpful infographic to demonstrate just how inferior the Leafs are to their chief rivals the Montreal Canadians.

It's pretty self-explanatory, but I'll add that perhaps the worst part is that it doesn't appear as though the trends mapped below are about to change anytime soon. The team is a picture of impotence -- they've been shut out six times in 24 games -- but as seems to have been the case for years, doesn't really have much to work with as far as trades go. Sure one could say that the they've missed Dion Phaneuf and Colby Armstrong during this most recent slide, but the reality is that neither player was lighting it up before they went down to injury

So the only question that remains is what super-talented young prospect are we going to end up giving Boston this year? 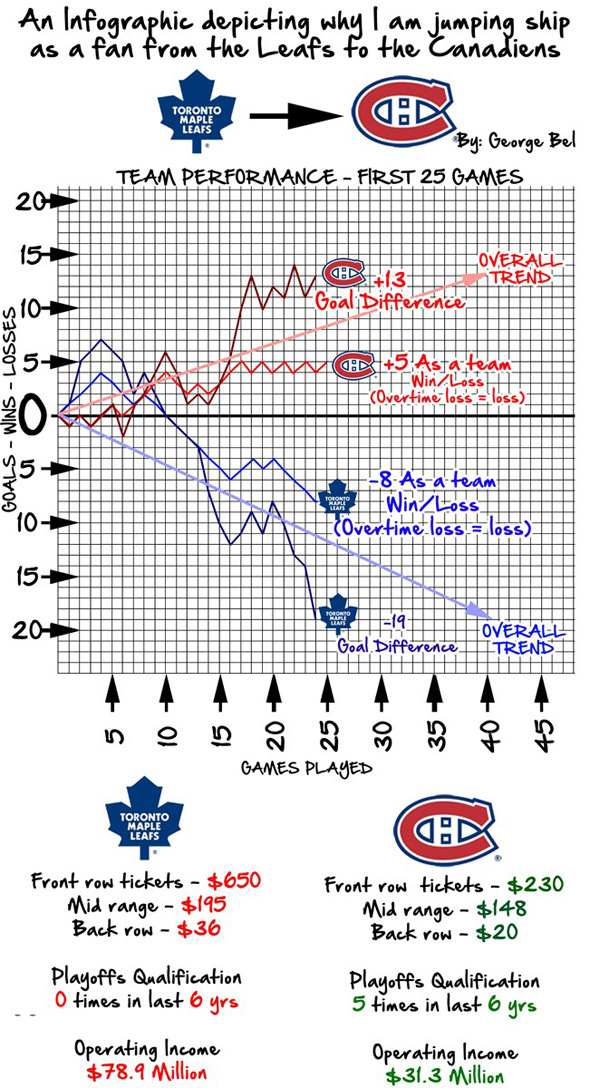