In what has become a yearly tradition, the Toronto Maple Leafs practiced outdoors today. And despite the fact that they've completely sucked of late, the 1000 or so fans that came out were happy to get a chance to see the players up close. The event itself was pretty fun, though the chain link fencing around the rink made the sightlines a bit shitty. But, the most interesting part for me was watching how the player's interacted with their fans as they headed to the team bus.

Although they may be idolized (or perhaps because of this), not all professional athletes are particularly engaging or friendly. So it was refreshing to see that most of the Leafs were generous with their time and seemed genuinely happy to interact with their fans. Best personality awards go to Colby Armstrong, Colton Orr, Kris Versteeg, Fredrik Sjรถstrรถm, and -- yes -- Dion Phaneuf. 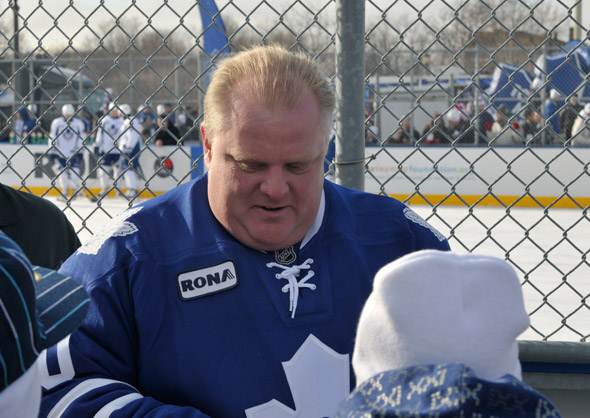 Rob Ford also took in the practice, which was held at the recently refurbished Trinity Bellwoods Park ice rink (funded in part by MLSE and RONA). Apparently Leaf fans make up a good chunk of his support base, because there were loads of congratulatory shouts as he handed out business cards (weird, I know) to some of the kids in attendance.

Now all we need is for the NHL to do the right thing and hold an outdoor classic here in Toronto.

Lots of photos below. 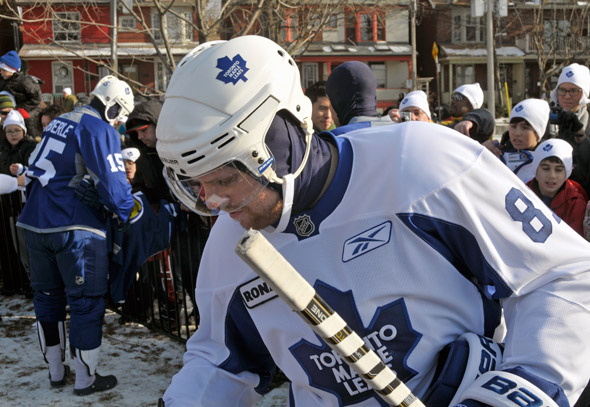 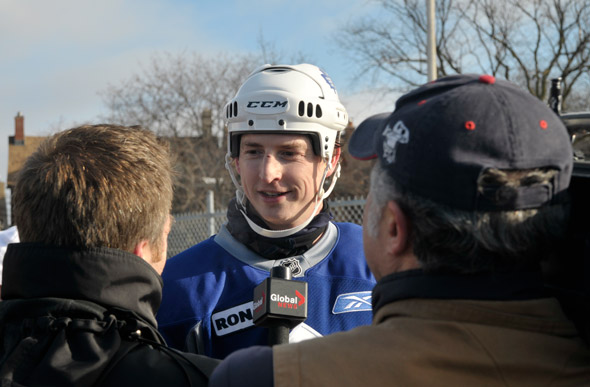 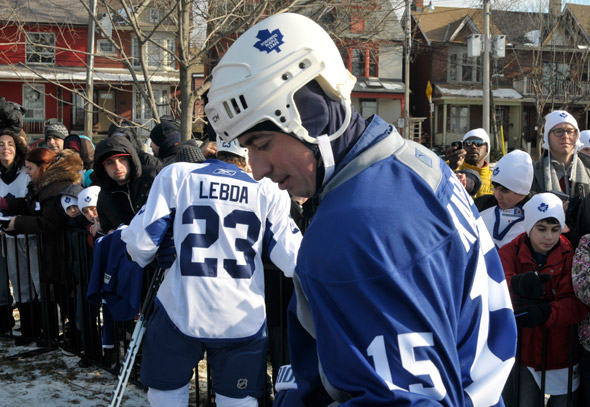 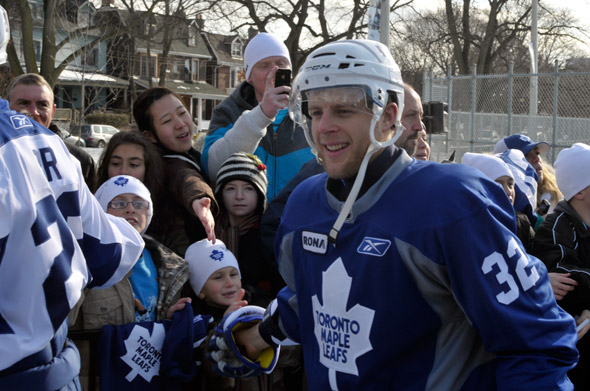 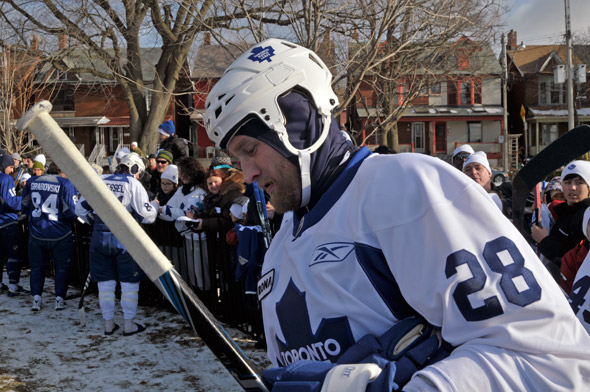 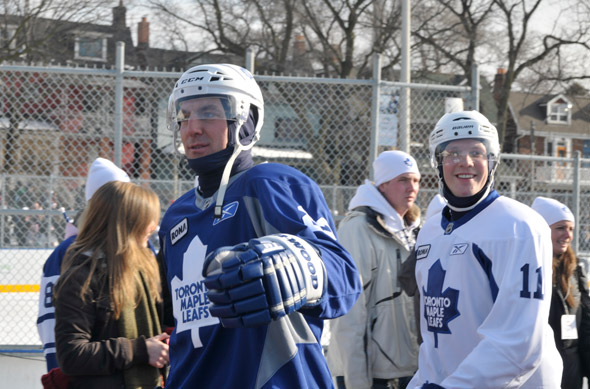 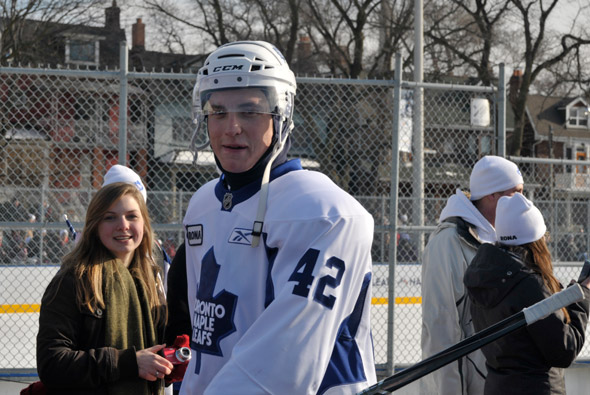 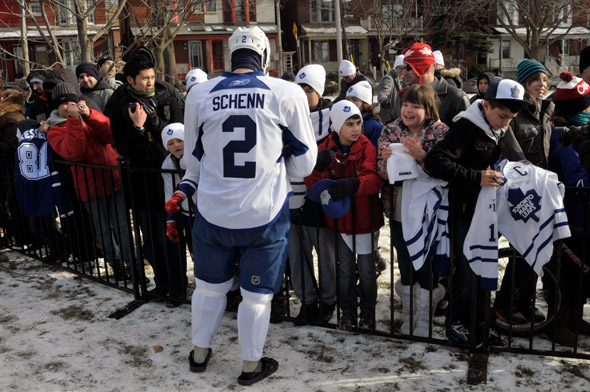 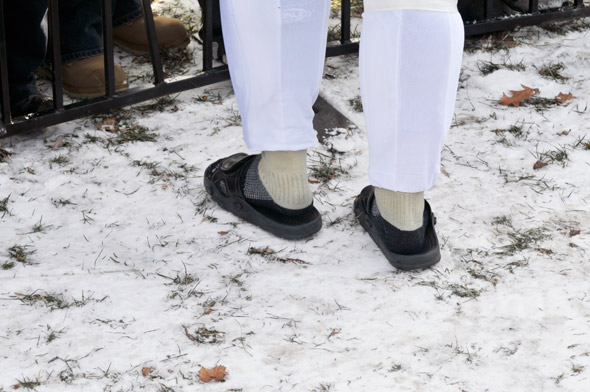 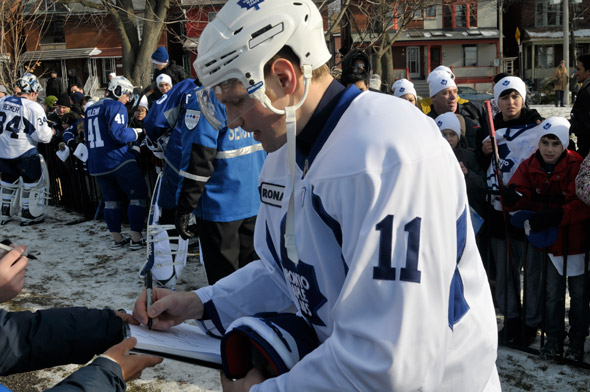 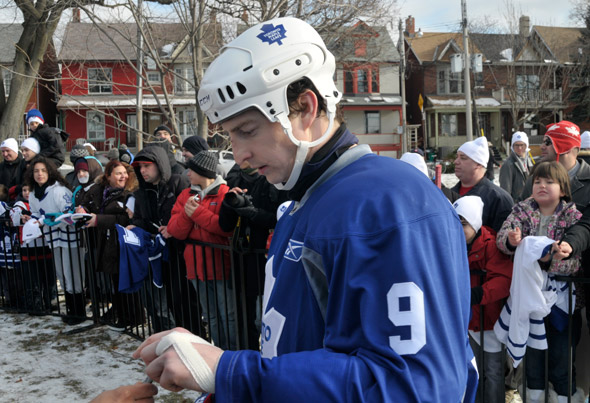 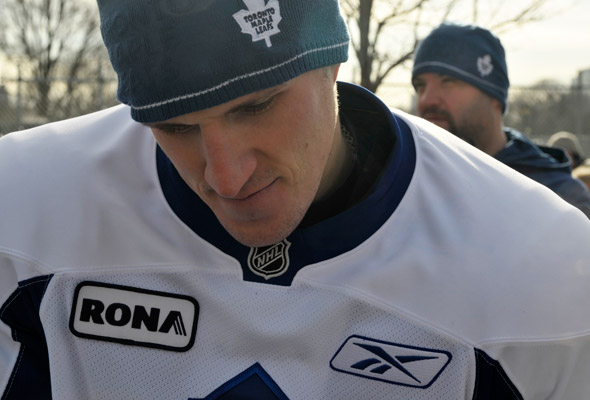 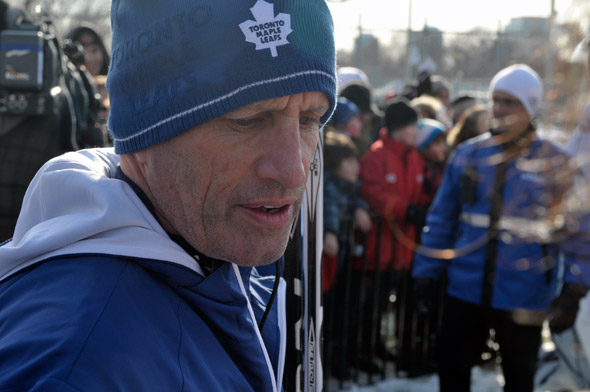 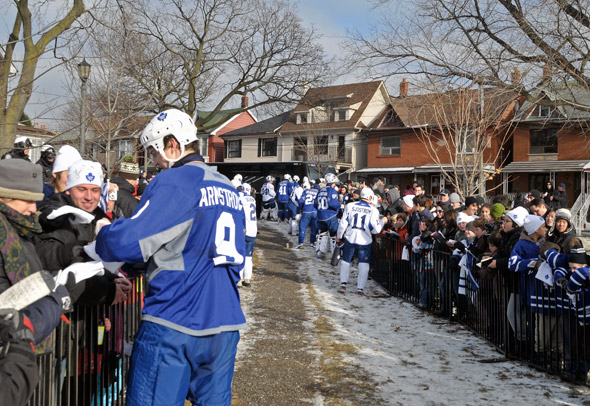