The Toronto Indy - now officially called the Honda (not Molson) Indy - initially wasn't my idea of a fun time to spend a Sunday afternoon, and judging by the scores of empty seats all weekend it seemed like others had similar thoughts. But...there's something strangely appealing about watching a couple dozen or so built-for-speed vehicles whizzing around Lakeshore Blvd. West in a frenzy of testosterone. 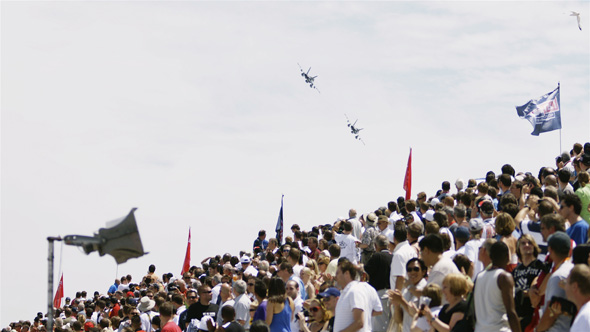 As if the noise of the revving engines weren't enough, I was almost deafened by a couple of fighter jets that screamed by, just above the grandstand as the final race was about to get underway. 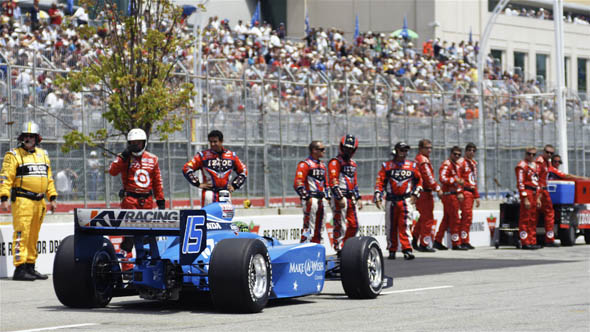 And if that weren't enough, a load of fireworks wasted into the mid-afternoon sky for good measure. Hardly visible, but created a sense of something exciting about to happen. 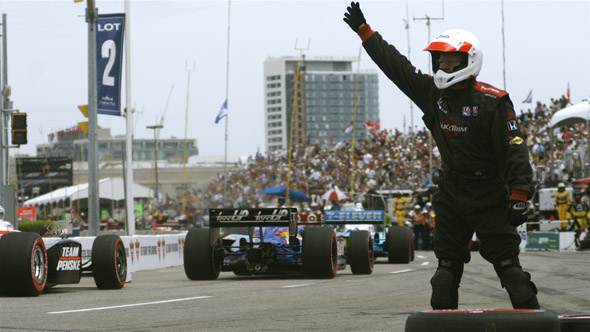 Watching an Indycar race isn't so much about seeing the action, as cars zoom by too quickly to get much more than a glimpse. It's more about atmosphere. 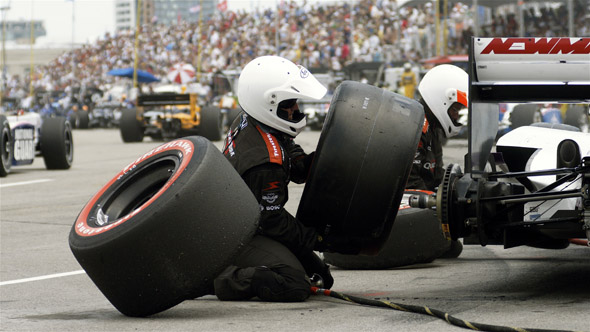 Although it's fun to watch the pit crew do their scrambling to get their car's tires replaced and watch it burn rubber as it hits the track again. 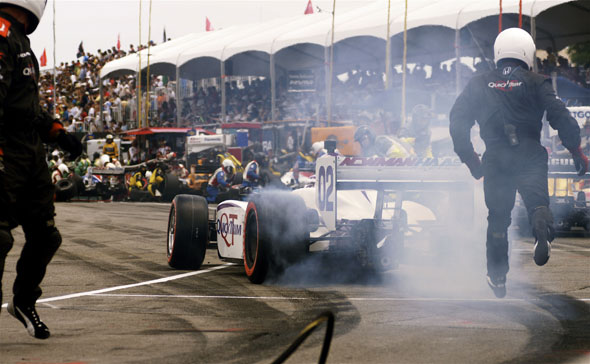 Many local eyes were on Scarborough native Paul Tracy in the blue number 15 car. And Montreal native Alex Tagliani in number 77 was another to watch. But in the end, the winner was an Australian guy whose mom had a sense of humour to name him Will Power. 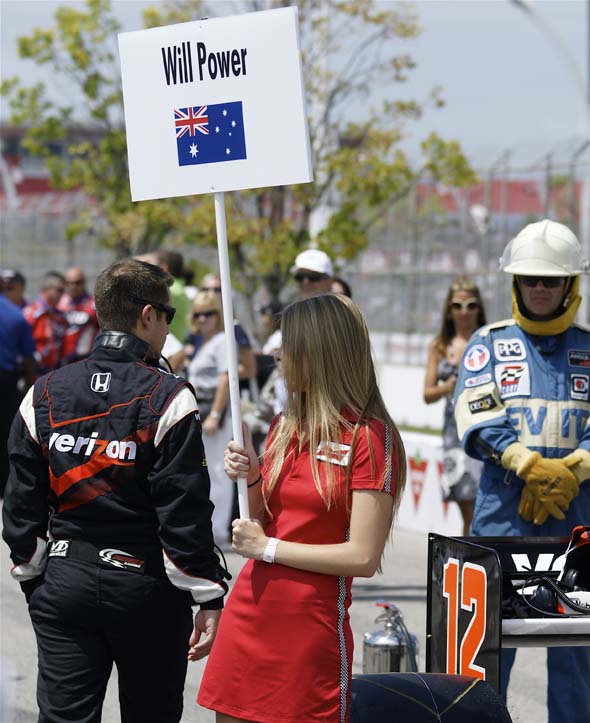 I saw some Toronto police in attendance, watching with chest and ear protection, hand on the trigger, just in case. 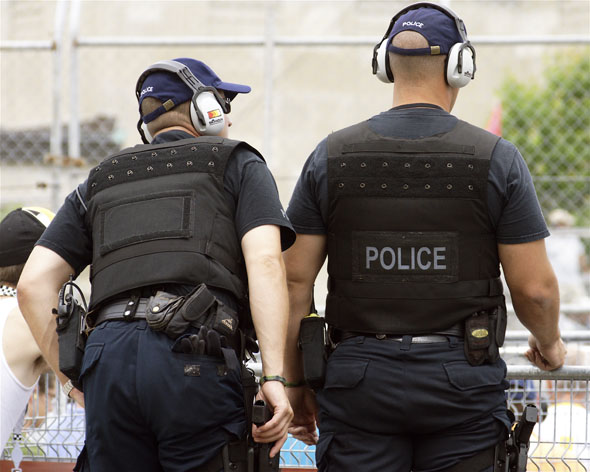 It was good to see some young'uns taking in the race as well. Especially with requisite ear protection. 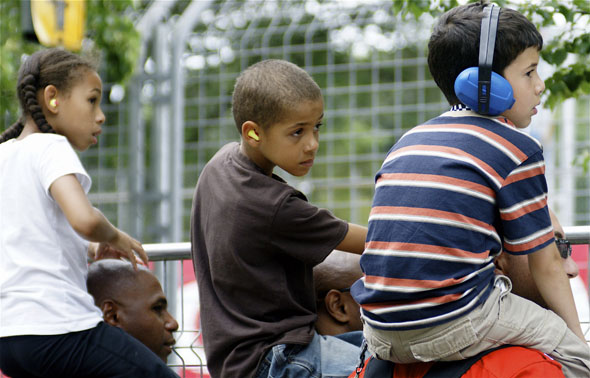 You can see more of my photos from the Honda INDY in this set on my website.