The Gumball 3000 Exotic Car Rally rolled into the tony Yorkville neighbourhood last night, on the penultimate stop of an eight-city international tour, beginning in London, England and traveling through Amsterdam, Copenhagen, Stockholm, then Boston, Montreal, Toronto and finally New York.

Over 100 cars participate, almost every one of them a hideously expensive exotic or 'supercar' including Ferraris, Lambourghinis, Masaratis, Bentleys, even a Bugatti Veyron. 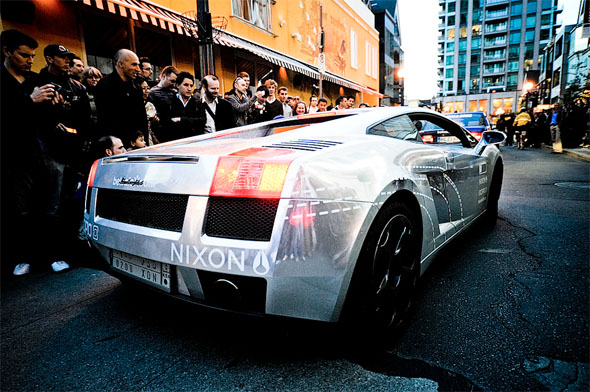 Fans of the UK's Top Gear will be familiar with many of these autos.

Hundreds of people showed up to ogle the parade, delighting with every rev and burn out the drivers treated them to. Each year a different route is chosen for the rally, which began as somewhat of a rebel-race for the rich. And while it's still definitely for the rich, it's not so much a race any more. 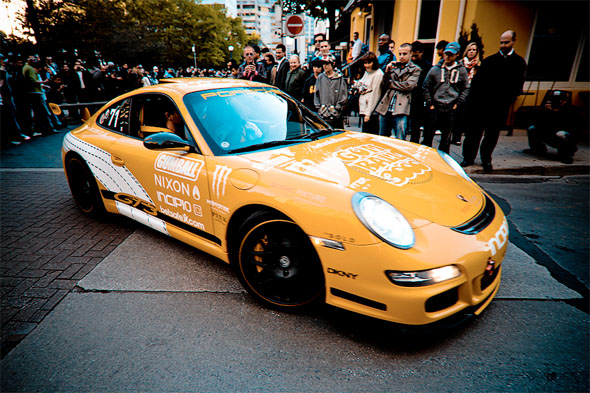 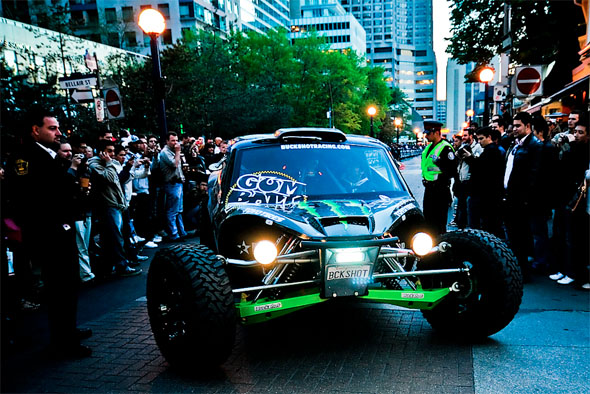 Law enforcement is well on the lookout for these adrenalin junkies on wheels; just a few days ago in Amsterdam actor Michael Madsen's car had to be pulled from the rally when his driver got a monster speeding ticket, and media reports this morning suggest that a driver got his car impounded for speeding on Ontario roads.

The cars are were in Toronto for one night only, leaving this morning on their way through Niagara Falls and on to NYC.

As promised, the OPP has been vigilant in its monitoring of the rally. A Dodge Charger -- surely the least impressive of the many cars -- was caught doing 140 kph on the 401 in the Marysville area and given a ticket. Not enough to dissuade the driver, he was later caught doing 170 kph in and around Brighton, which resulted in his car being impounded and his licence seized for a week. No New York for you...