Is the 2010 Toronto FC Season in Jeopardy?

Things are not looking good for Toronto FC's 4th season, as the MLS Players Union (MLSPU) has walked away from the bargaining table and let the collective bargaining agreement expire as of last week. 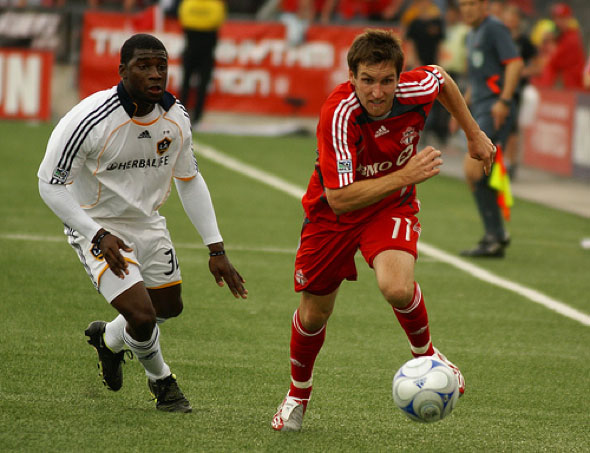 The MLSPU released a statement last Thursday that said:

"Effective at midnight tonight, our collective bargaining agreement with MLS will expire. While we expect that negotiations with MLS will resume at some point, there simply hasn't been enough progress made in the negotiations to date to warrant an extension of the old agreement. We have advised our players to keep working for the time being, but as of Friday they will be doing so without a CBA. In the meantime, all options are being considered as the process continues. We are completely committed to forging real changes to the way MLS players are treated."

Both sides have been negotiating for some time, cloaked in secrecy, and have come to agreement on a number of issues. The main sticking points are related to free agency and job security. "The way the current CBA is structured means that most players in the league can get released at the drop of a hat, and they're immediately out of a job. The union wants to work on some sort of protection for the players in that case" says U-Sector president Ryan Keay.

While it appears the union and the league were able to compromise on this matter, the issue of free agency appears to be the major barrier to an agreement at this point. The union wishes to allow out of contract players, particularly those unwanted by their previous teams, the freedom to join other teams without any compensation. A good example of this is former TFC defender Adrian Serioux, who did not have his contract renewed by TFC. Despite this, he is unable to seek out a new team in MLS because TFC still holds his MLS rights. 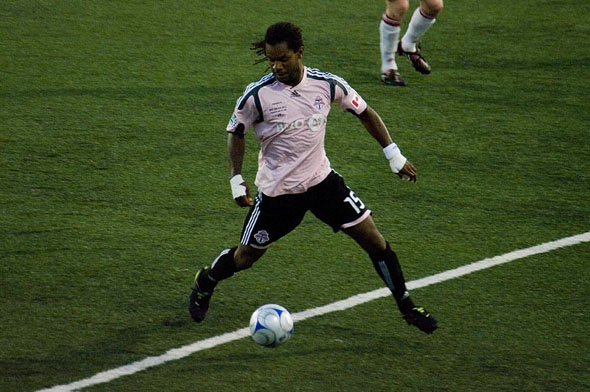 TFC has played two pre-season games down at Disney World in Florida over the past week. The first saw them beat FC Dallas by a narrow 1-0, and the second was reminiscent of last years season-ending blood bath in New York, with the Red Bulls crushing TFC 4-0. The lineups have been a veritable who's who (as in, who is that?) of trialists from all over the world as new head coach Preki tinkers with formation and employs his tactics on the struggling side.

The off-season has been a relatively quiet one for supporters. The late season news of a new head coach, real grass at BMO and lots of trialists seems to have soothed the sting of not making the playoffs for a third straight season. At this point, though, they have nothing to do but keep fingers crossed that the season will start on time. As it stands now, the first away game road trips supporters groups have been planning are already in jeopardy of being canceled unless the two sides can come to some sort of agreement soon. However, with no talks scheduled, it doesn't look too promising.