GOLD, CANADA, GOLD! The streets of Toronto have erupted in celebration, and an impromptu party has taken over the intersection of Yonge & Dundas.

From coast to coast, Canadians are celebrating a nail-biting, thrilling win by Team Canada in men's ice hockey. Sidney Cosby scored a monumental goal in 4-on-4 sudden-death overtime to end the game, win the gold, and help Canada break the record for gold medals by a country in a single winter Olympic games (14). In case you missed the game or final goal, here's the official CTV video recap.

How loud were you screaming when team Canada fended off that power play by dumping the puck six times in a row, followed by a wicked goal by Toews? How deep did your heart sink when the Americans tied it up with just seconds to go in regulation time? Where were you when Crosby scored the golden goal? We've collected photos and video of the reaction to the big win here in Toronto. 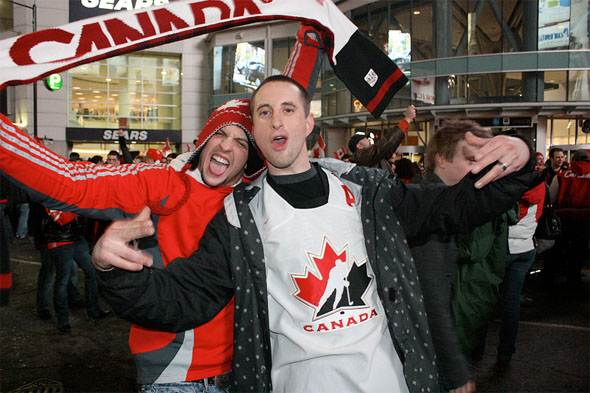 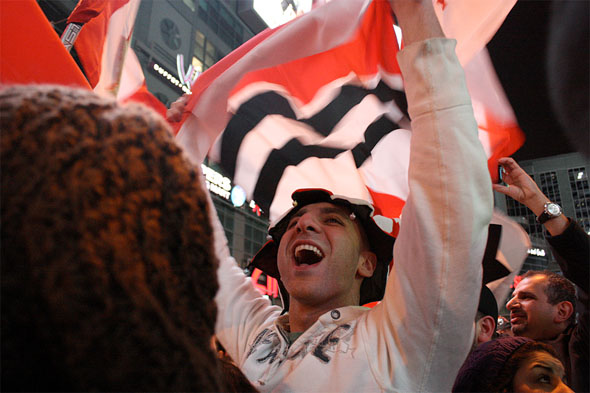 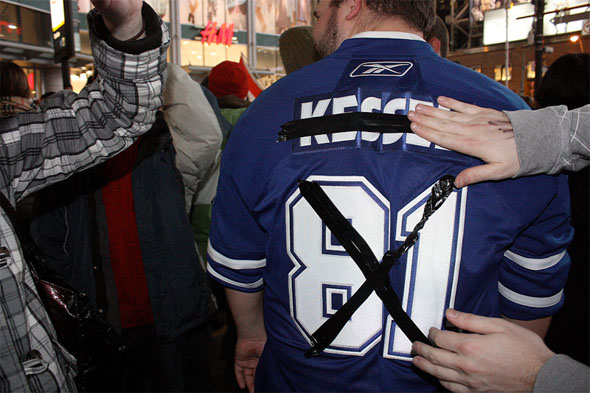 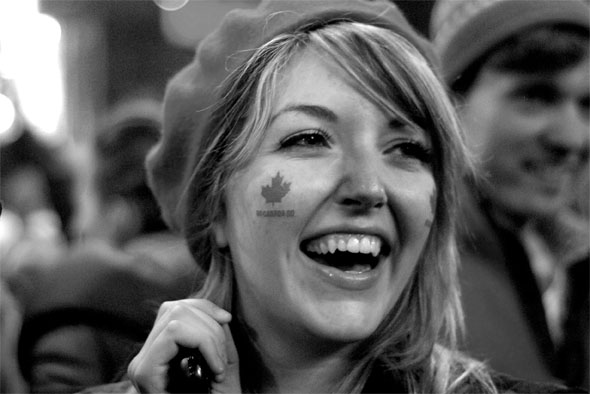 Video: "Immediately after Crosby's game-winning overtime goal, the crowd at Elephant Castle on Yonge street in Toronto reacts." by twerquie. 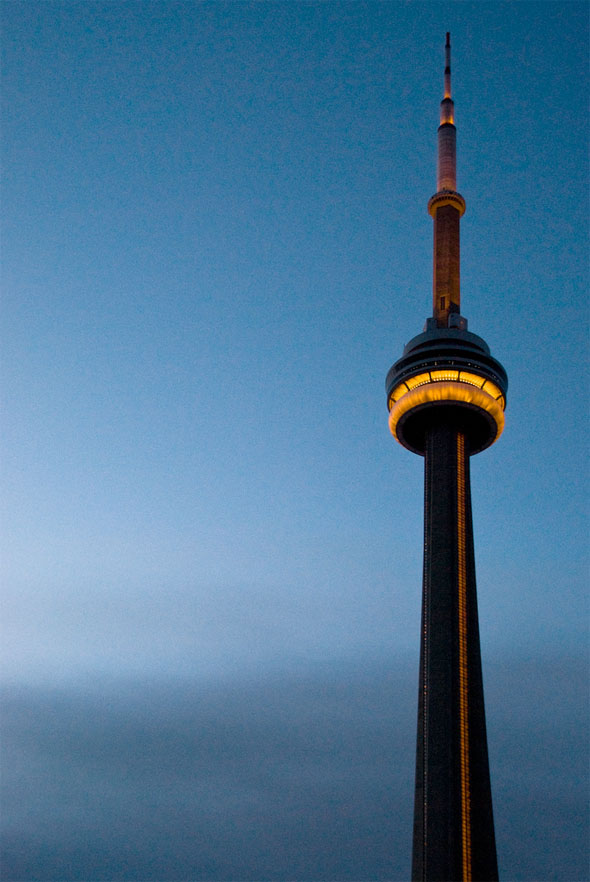 We're still collecting photos and videos of the celebrations in our Flickr pool, so if you're out having a great time, and want to share the memories drop them in the pool or email them to editors (at) blogto (dot) com and we'll add them to the galleries here. Tag: blogTOcanadagold2010

Lead photo by Sam Javanrouh aka wvs on Flickr.