The Great Canadian Game Show offered something fun for everyone.

For those into games or hobbies like me, it was well worth the trip up to the International Centre, by Pearson International Airport this weekend. There were contests for Scrabble, chess, pinball, table hockey, Halo and rock-paper-scissors, as well as Star Trek and Canadian Hockey Hall of Fame trivia.

The 2009 Hobby Show, which was held over the same weekend in the same space, provided a multitude of vendors, from model airplanes to radio-controlled helicopters to comic books, Magic cards, jigsaw puzzles and collectors of stamps, coins and even reptiles. Is collecting reptiles even a hobby? 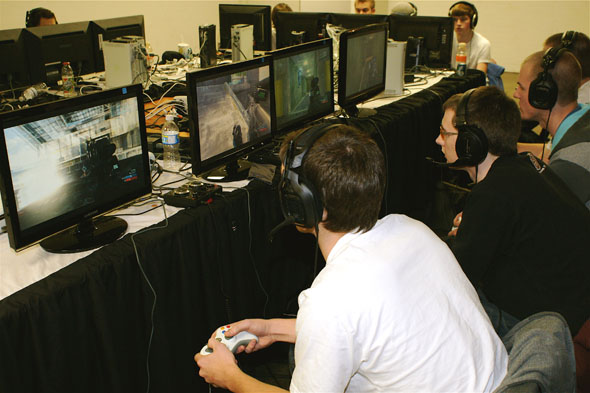 Some might not consider rock-paper-scissors to be a proper game or hobby, but there are many who take this fun activity seriously. There's even planned a huge international tournament in Toronto next weekend, with a $10,000 top prize, sponsored by Yahoo! 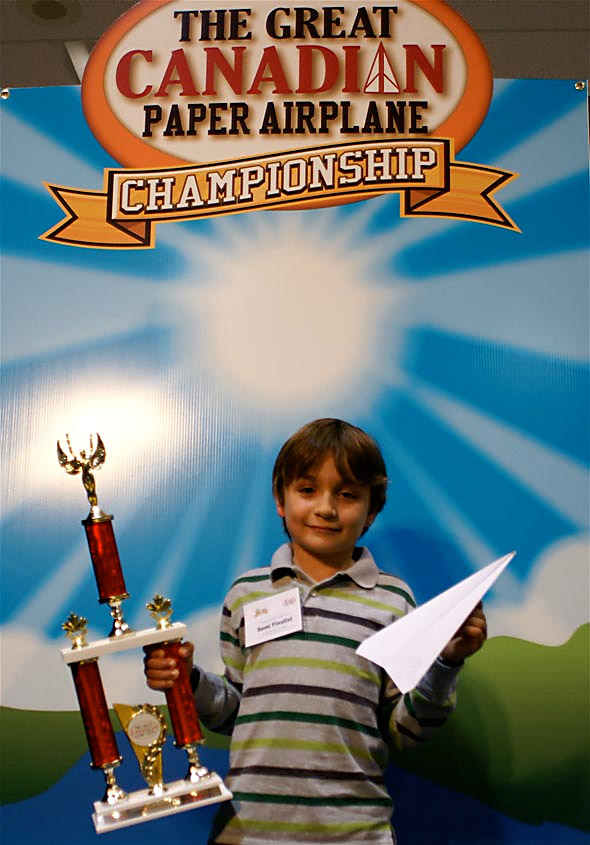 The Great Canadian Paper Airplane Championship was one of the more popular events, with the winner going home with a huge trophy and a brand new e-bike. The winner was a nine-year-old boy, who seemed more excited about the trophy. 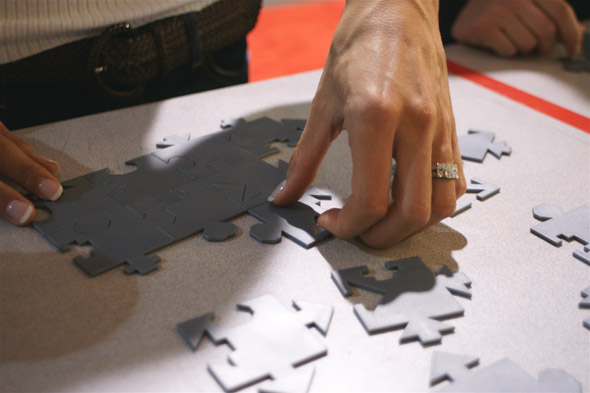 Others tried their skill at completing a tangram-style 16-piece puzzle with no image on it. I gave up after five minutes. 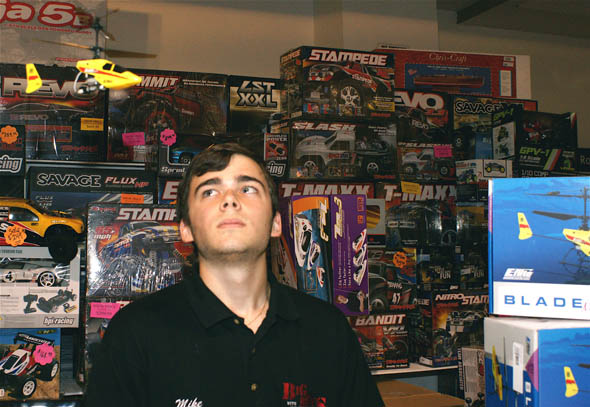 As I walked by the many hobby booths I heard a buzz above my head and turned around to see this miniature helicopter following me.

Perhaps the most memorable experience at the Great Canadian Game Show was the reptile exhibit, hosted by The Urban Reptile. 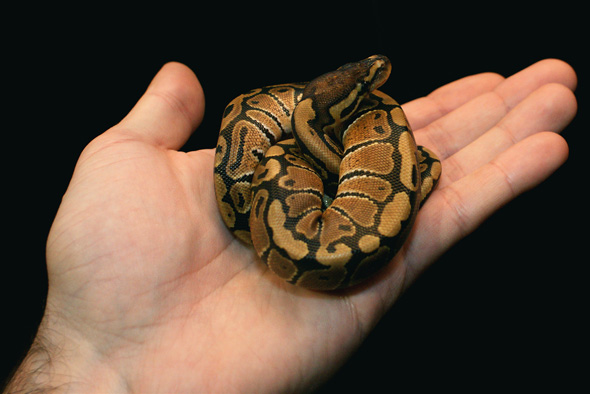 I held a two-year old ball python in my hand for the very first time. Then I wore a larger, four-year-old, fully grown ball python around my neck. It felt oddly bonding, the snake warming to my body temperature as it slithered around my ear and stuck its tongue out, as if it was whispering something to me. 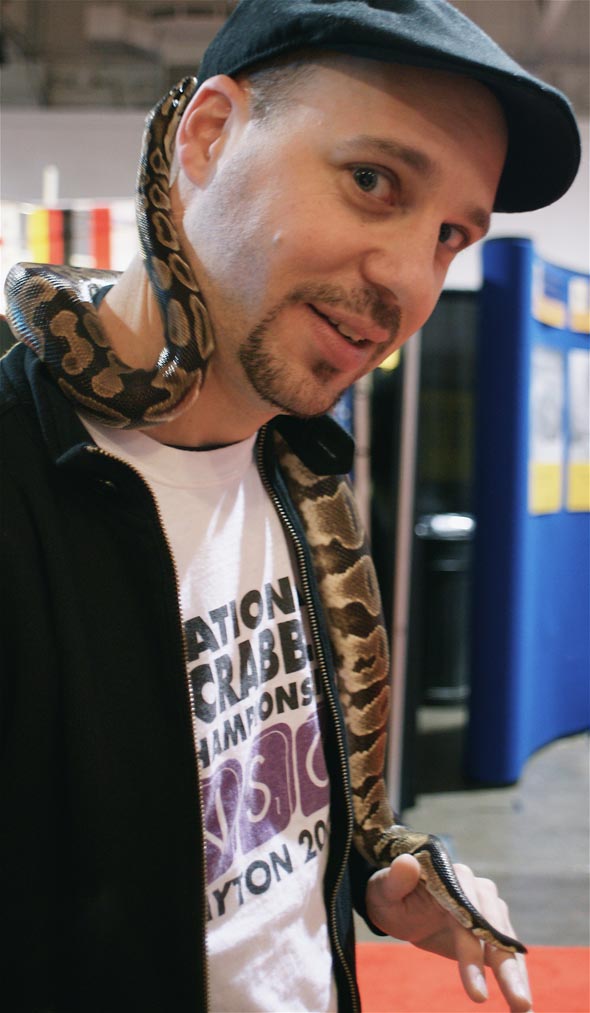 They also showed off Princess, a three-year-old Burmese albino python. At 13 feet long and weighing about 70 pounds, I think she would be better observed in her natural habitat than around my neck. All the snakes on display were endangered species, making me wonder how they came into Canada, and why people would want to spend upwards of $2,800 on a pied ball python. 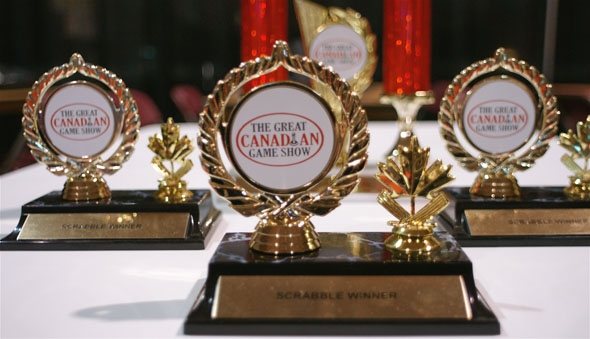 I participated in The Great Canadian Scrabble Championship on Sunday, placing 8th out of a tight field of 22 players. No trophy for me this time.

On my way out at the end of the show, I encountered Le Trung, the creator of The Aiko Project, wheeling his lifelike female robot companion on an office chair. "Maybe next year she'll be able to walk," Trung said. It appears that robot-making is quite the hobby for some. 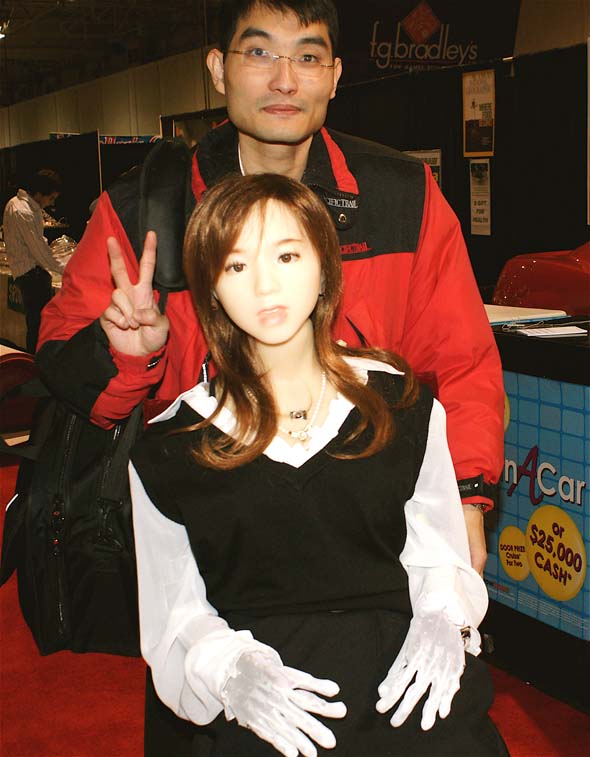 Next year I hope to contend in more of the games, perhaps come home with a trophy, and possibly a new forked-tongue friend.