Last night the Sound Acadamy hosted the Canada Pro 2009 Bboy Championships as part of the 3rd annual Manifesto Festival of Community and Culture. The competition attracted crews and judges from across North America, and even Korea, as some of the best bboys and bgals came to throw it down. 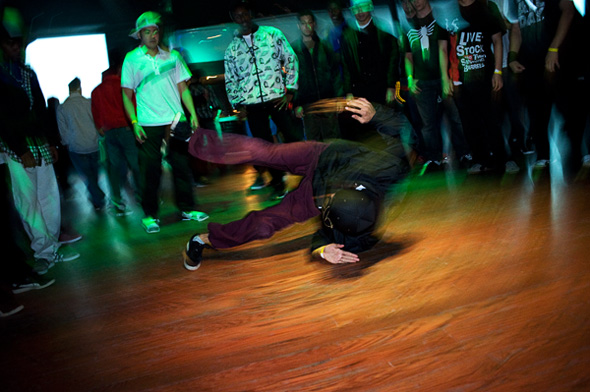 I'm not much of a dancer, and often steer clear of clubs and any venues that might involve dancing just to avoid any awkward situations that might arise from me attempting to shimmy or shake. So naturally, I was a little nervous walking into the Sound Academy for an event that revolved around dancing. 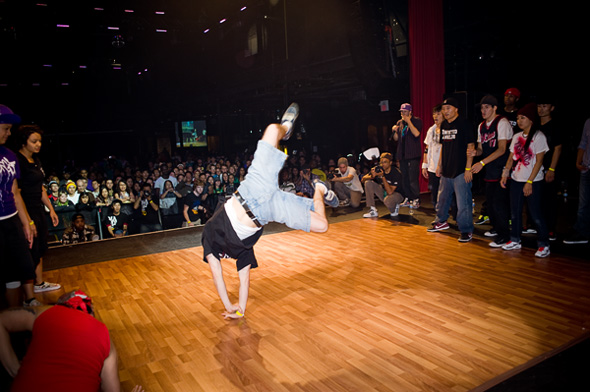 To my relief, I wasn't the only one not dancing. While there were plenty of skilled dancers, it was clear that many had come just to watch and enjoy.

There were a total of seven crews battling for the $5000 prize in front of a panel of six judges. The roar of the fair-sized audience that was pressed up against the stage was my main indicator that somebody had busted a particularly impressive move. 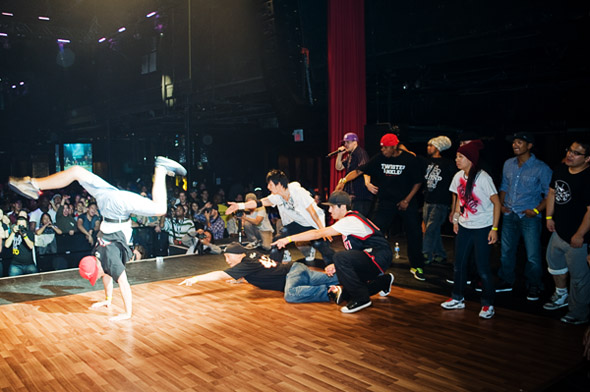 During the eight minute battles, the crews would taunt each other as they literally re-enacted battles through their breaking. While I am probably not the best judge, I was thoroughly impressed by the creativity and skills displayed by the crews.

One of the bboys who particularly stood out was Brad from Toronto. He got his start when he began taking lessons two years ago. His teacher invited him to join his crew, Ground Illusionz, and he's been bboying ever since. Did I mention that he's twelve years old? 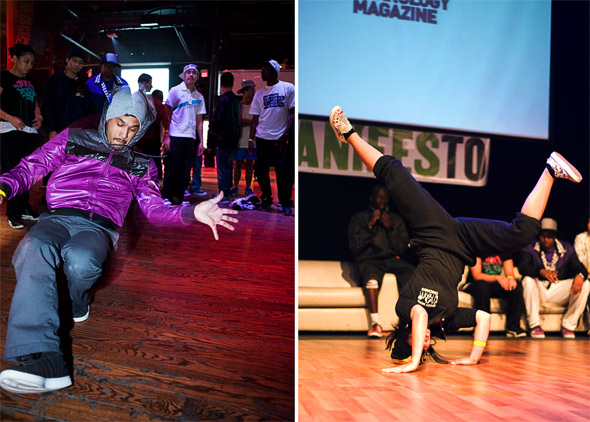 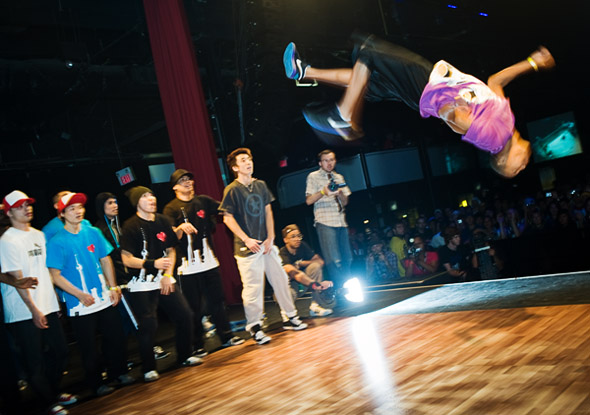 I'm going to have to say, my first bboying experience was a great one. The crews never ceased to amaze me with each new move. Seriously, these guys and gals must have core muscles made of steel.

The Manifesto Festival continues through the weekend, and ends with an after party that promises to be epic. The after party will be taking place on Sunday at both the Mod Club and Revival. Tickets are $20 in advance. 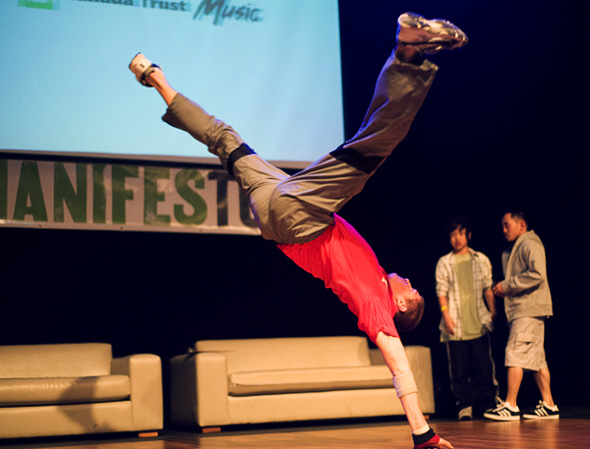 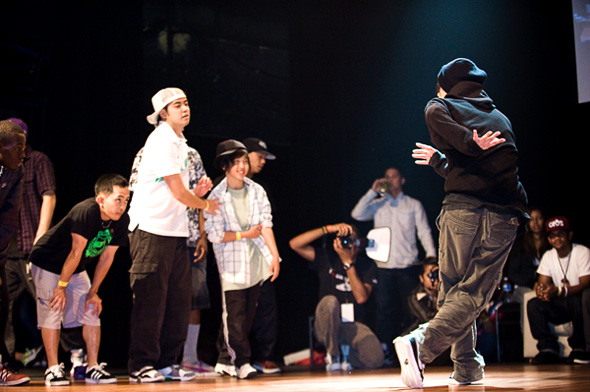 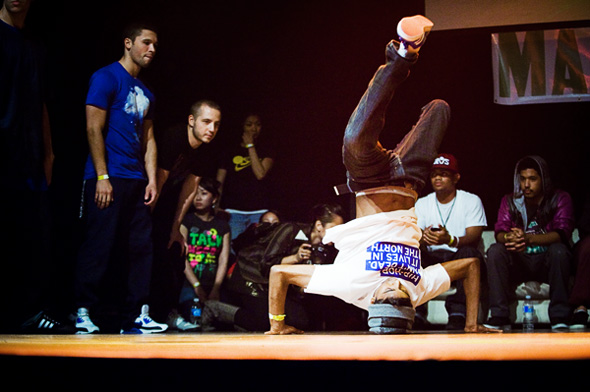 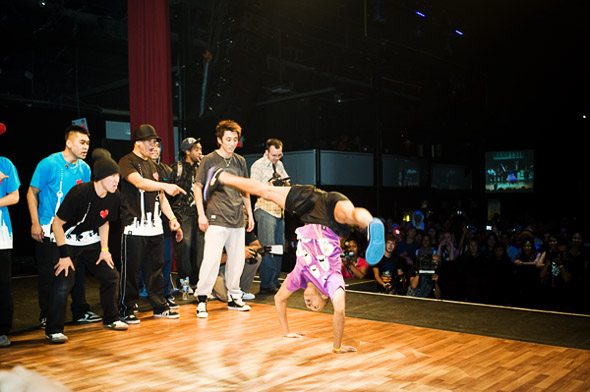