Shamrock Bowl has been my favourite venue so far at the 2009 edition of Door's Open Toronto. Found up a flight of stairs from a new Goodlife Fitness near Gerrard and Coxwell, this five pin bowling alley dates back to the 1950s. Shuttered for half a decade it has just re-opened and for Doors Open the bowling (including shoe "rental") is free so we grabbed a lane and tried to avoid the gutters.

And what gutters! The bowling alley has been impeccably restored. In stark contrast to the suburban strip mall of a facade that houses it, the entire space features original and vintage floors, lighting and seats....it's almost like stepping into a time-warp (in a good way) to the century past save for the bottles of Mill St. that hint to its impending liquour license. Sadly though the bowling alley won't be open to the public for long. Today is the last day to throw some free strikes. Starting next month it will only be open for corporate and event bookings. 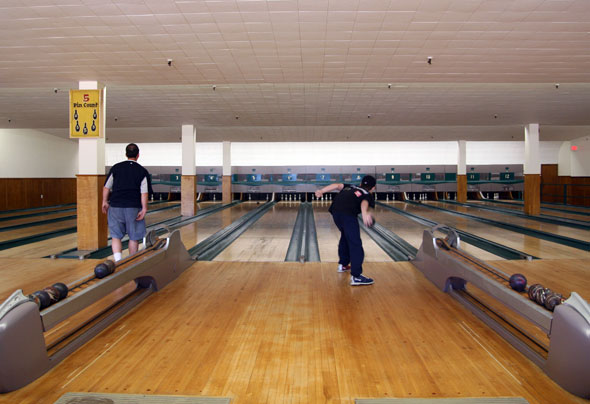 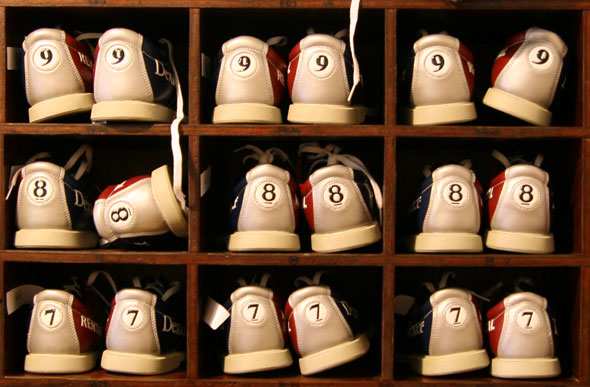 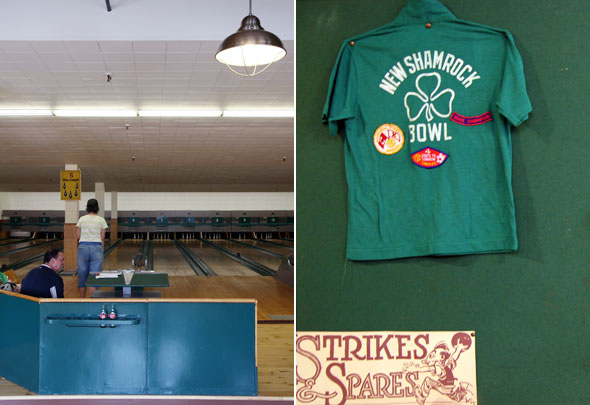 Shamrock Bowl is at 280 Coxwell Avenue.