EURO2008 started last Saturday, and the tournament is now approaching the half way point of round one. Things are starting to get spicy, and many surprises may still happen yet.

One of my favourite things about living in Toronto is the way this city's ethnic neighbourhoods come to life when international sporting events happen around the world. Futbol tournaments tend to stand out in particular, since it's the most worldly of sports. 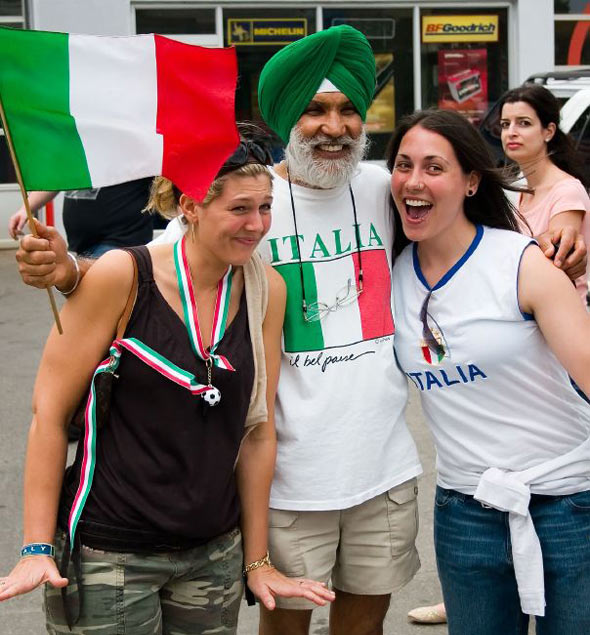 The best thing about following the EURO2008 tournament from within our mutlicultural Toronto is that it doesn't really matter who wins - the city always wins with awesome street parties. It's so much fun going to different parts of town to rejoice with fans after a team wins (whether you happen to be from the country that reigns supreme, or you just love to join in for the pure pleasure of watching the celebrations with flags and horns).

I'm going all in for Spain (since my grandmother was Spanish). They have a strong team and I believe they have what it takes to take the cup home.

Who are you rooting for? Where is your favourite place to watch games?

If you haven't already, check out the official EURO2008 site. They did a great job this time, adding several great features to keep your fan-hunger tamed.

Photos by Tanja-Tiziana Burdi and Somewhere in Toronto respectively.