Up until Saturday Roger had been covering all the action at Wakestock and I was getting anxious to get over to the islands to see what was in store for the event's 10th anniversary blow-out. We learned the first day that the ferry is probably the worst way to get to Centre Island (water taxi was 10 bucks) but my friends and I waded through the lineup and got aboard a ferry within an hour.

Over at Centre Island things were heating up and getting messy. Kids were already passing out and Bud Light cans littered the grass but all eyes were on the ladies at the Miss Reef bikini contest. Roger got some awesome shots of the ladies shaking their moneymakers. When the drool contest was over, the winner was declared, then it was time for the crowd to shake it too. Roger and I worked our way through Wakestock catching most of the music and action too.

Read on for more highlights of our Wakestock Weekend MashUp. 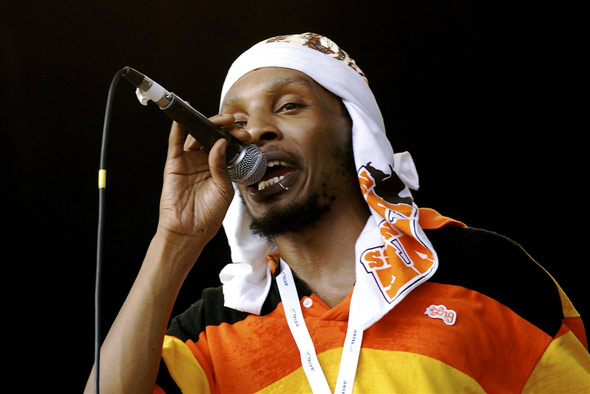 Saturday brought Del carousing around the stage, all smiles, ending his set with the song that helped make The Gorillaz famous.

After, Roger cooled off by the water, watching the Pro Wakeskate Best Trick comp while I heard De La Soul drop beats from back in tha day.

They mixed it up and cranked out the energy, working the crowd until we all had our hands in the air and were yelling back the lyrics. At one point the show stopped as we all heard a loud chainsaw rip through a tree branch to make some room for motocross riders.

It didn't go over well with De la Soul or their crowd, yelling ensued and the sawing stopped. Fortunately they did very little damage to the tree. This didn't stop another Toronto news outlet and blog from overblowing it and making it seem as though a giant tree came crashing down. If you wanna talk tragedy, the lack of recycling for 40,000 fans drinking beer or bottled water and throwing butts in the lake was a major mistake.

After all that shouting we deserved a drink and found a little marina for a break. Behind the building, a few boys who I'm sure were wakeboarders were winding down with a game of volleyball and rolling around in the dirt. My girlfriends swapped some words with the hotties and left them to sweat it off. About an hour later, as we sailed slowly through the western channel we saw the boys racing toward us. They mooned us and sped off. Five seconds later, a police boat with sirens wailing slammed through the channel too. We watched the police chase them across the lake and I swear they never caught up. 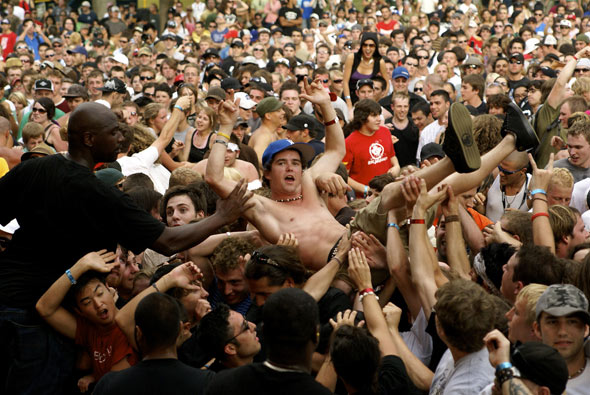 Back at Centre Island there were more people with authority issues as Roger took in Goldfinger and The Deftones. About 45 minutes into their set, Goldfinger invited fans up onto the stage with them but this proved too much for the meathead security who shut them down mid-song. Goldfinger responded with a big "Fuck you!" and vowed never to return to Wakestock. They went on anyway, playing a frenzied 60-second rant mash-up that must've left security with their ears ringing. 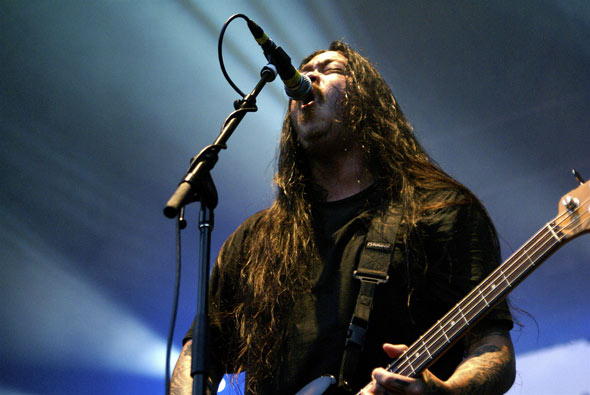 By the time The Deftones hit the stage, the audience was even more stoned, wasted and riled up but the show continued without incident. 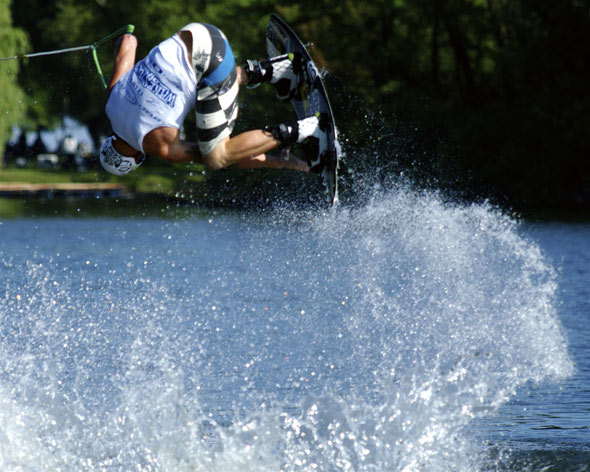 Sunday promised new beginnings and an excellent round up of athletes in the wakeskate, railslide and wakeboard tricks finals.

Roger caught Ill Scarlett doing the deed on the main stage but as the Island sun fell I was torn between listening to Lupe Fiasco kick and push it and seeing the top four wakeboard finalists compete in the Malibu Boats Expression Session. 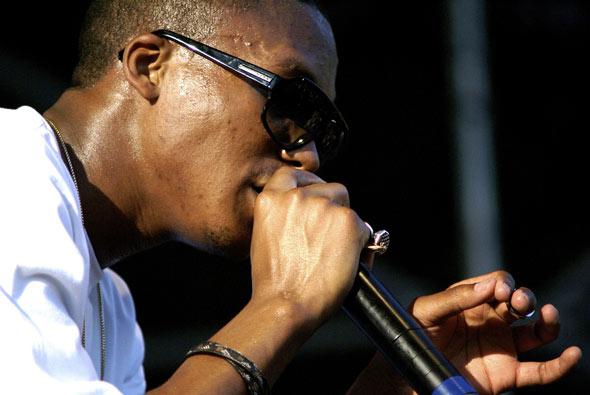 I couldn't tear myself away from the tight competition though and stood screaming my ass off for Muskoka rider Rusty Malinoski in the final four. He nailed the tricks over and over showing incredible stamina, but it was Phillip Soven who impressed the judges with technical trick perfection. Andrew Atkinson (wakeboarder above) turned my head too. I loved watching these riders push the limits of the sport, trying all sorts of new combos including a shot at the first completed 1080 of the day.

I got my adrenalin fill and learned a bit about wakeskating as well. For those willing to give it a shot I can attest the water's warm now and if you get stuck on the island, like many of us did, you could always use one to paddle back to the city.