My curiosity in roller derby started about a year ago after seeing a documentary on the revival of the derby scene in Austin, Texas. The intensity these girls brought to the track was gripping! I was determined to find a local league, and fortunately for me, it was already in the works...

The Toronto Roller Derby story begins in 2006, when two groups of girls, the Smoke City Betties and the Toronto Terrors, independently formed teams and began skating. In April of 2006, the Terrors hosted tryouts which resulted in the formation of four new teams: the Bay Street Bruisers, Chicks Ahoy!, the Deadly Viper Assassination Squad and the Death Track Dolls. The Betties also kept recruiting and growing over the summer, bringing us our sixth team, the Gore-Gore Rollergirls. In August, they joined forces and the Toronto Roller Derby League was born! 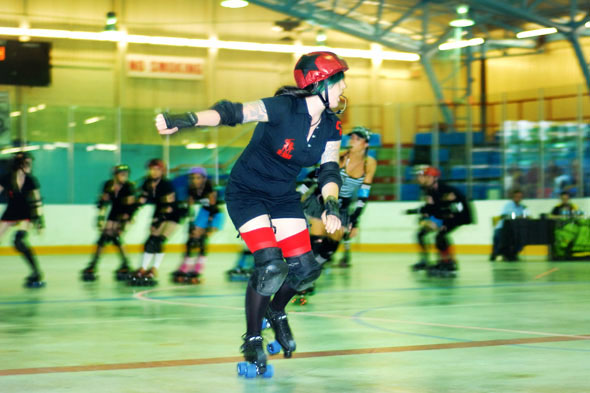 The first thing that struck me upon arriving, was the taped out track in the middle of the arena. I'm not sure why I pictured an inclined track with railings, but this form of derby uses "The Flat Track" and is apparently straight outta Austin Texas!

Here's my over simplified description of how this works:

Basically, there is a wall of skaters called the pack which is made up of both teams. The two skaters at the front are called Pivots, and the six behind them are Blockers. 20' back are the Jammers, who earn points for every successful pass through the gauntlet of elbows, hip checks and random violence that is the pack.

This is called a Jam and it last up to 2 minutes. A full game is called a bout, and is made up of three 20-minute periods. 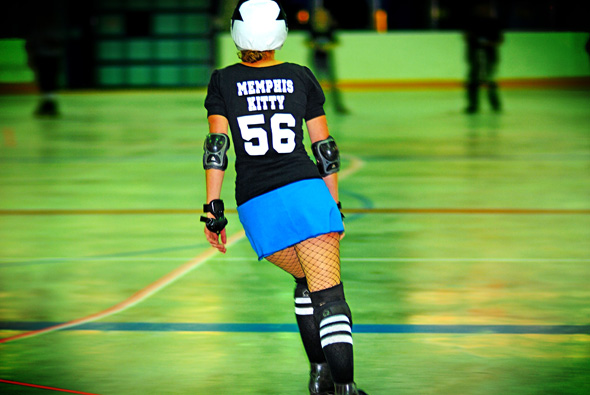 Got it? Good, because that's all I have time for in this post. We'll have more coverage for you soon as one of our recruits, Roger, reports back from some up coming derbies: