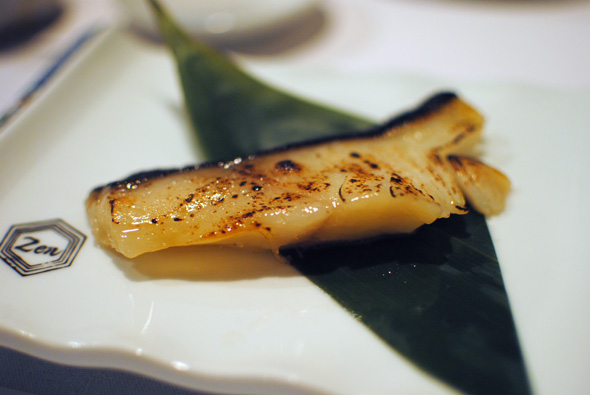 To start, we settle on the braised cod with miso paste ($7.95). The fillet arrives unadorned, save the single banana leaf on which it rests. The utilitarian presentation of the cod is a perfect analogy for Zen as a restaurant - no flash, plenty of substance.

Slightly charred and glazed in the golden hue of fermented soy paste, the fish is perfectly cooked. Tender chunks of cod fall apart at the most gentle of chopstick tugs, while the slightly elastic skin clings delicately to your tongue, allowing you to savour the dish's musky sweet aromas.

The starter is a delicious contradiction; delicate yet intense miso flavour; a satisfyingly firm texture until you actually put the cod in your mouth where, essentially, it melts. 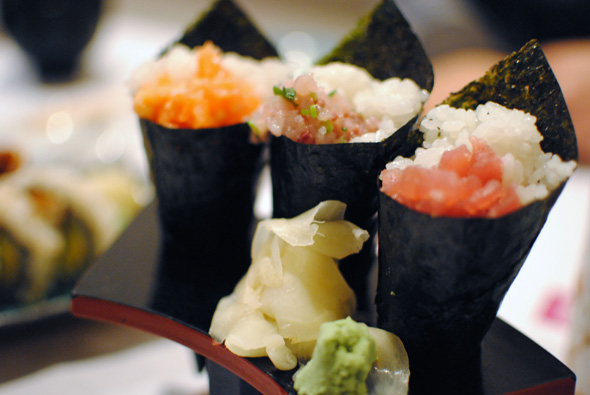 Next we tackle the hand roll set ($9.50), featuring one serving each of tuna, yellowtail and salmon. Unlike many restaurants that sprinkle only a trace of fish at the top of the roll, Zen's portions contain a full serving of fresh, finely minced sashimi almost in equal parts with the moist rice.

The pillar of fish runs surprisingly deep, ensuring every last bite we take includes fresh sashimi, right down to the bottom of each tightly packed nori cone. 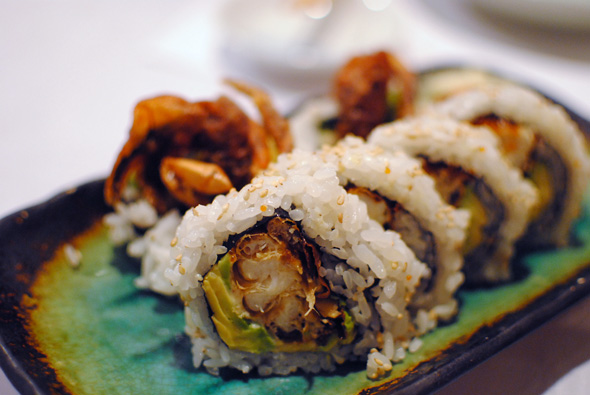 The spider roll ($13.50) proves a surprisingly large portion, featuring a pair of the meatiest soft shell crabs I've ever seen. It's impossible to eat a piece of the avocado and deep-fried shellfish sushi in my mouth with one bite, and it crumbles at my attempts to do so. The following plate clean up proves messy but delightfully indulgent.

Finally, we tuck into the chirashi zushi $25.50), which arrives literally as a bucket overflowing with fresh and meticulously prepared sashimi. Raw sweet shrimps, snapper, tuna, salmon, octopus, salmon roe, mackerel, tamago and, most importantly, scallops, lay in pairs atop a perfectly vinegared bed of rice, like a delicious seafood iteration of Noah's ark.

In addition to the sheer size of the serving, the freshness of the sashimi is impeccable. There is no fishiness or even a trace of freezer burn with any of the sashimi items.

Although I didn't get a chance this time to sample them, Zen also offers a fairly extensive sake list and an incredibly tempting omakasi sushi or sashimi option for $45 per person. I vow to return for both.

KaKa All You Can Eat