Wahlburgers is currently open but their offerings and services may be affected due to the pandemic. Please contact the business directly for more information about any changes. Is this your business? Please contact us if you would like to update this message.

Wahlburgers is not just a fast food outlet - it doubles as a sports bar, and despite its celebrity pedigree, the chain founded by the Wahlberg brothers (chef Paul, actor Mark and former New Kid Donnie ) it has a family-restaurant kind of backstory.

Located at the base of the SoHo Hotel Metropolitan , it's positioned to attract game day revellers heading to or from the Rogers Centre, but will also double as a room service amenity for guests at the hotel, and a destination for fans of both burgers and the A&E; reality series alike. 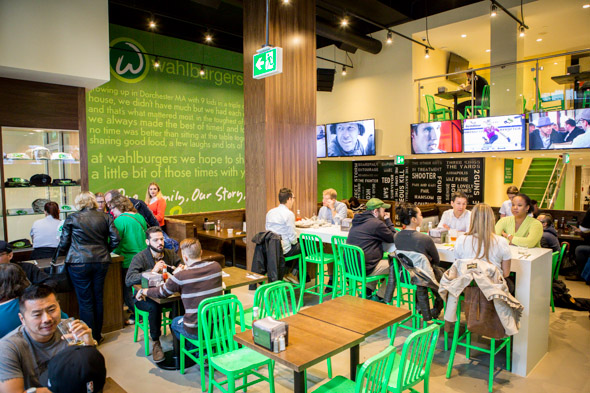 Those that have followed along with the televised program will recognize the likeness to the original Hingham location. Like any fast food outfit, the interior is finished with high-traffic utility in mind. It's sparsely adorned but punctuated by branded bright green accents and furnished with a mix of booths and high-top seating. 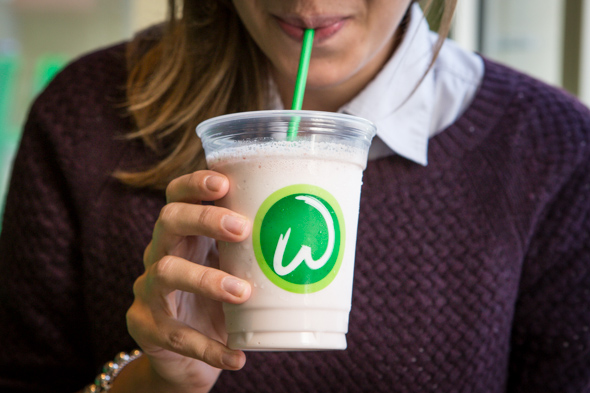 Up front in the bar, TVs screen exclusively Toronto or Boston games, or movie trailers and episodes starring various Wahlbergs. Eighty seats downstairs are serviced by waiters, and guests can enjoy bevies like adult frappes, a.k.a boozy milkshakes ($15), or the house Wahlbrewsky, an IPA commissioned from Mill St. Brewery . 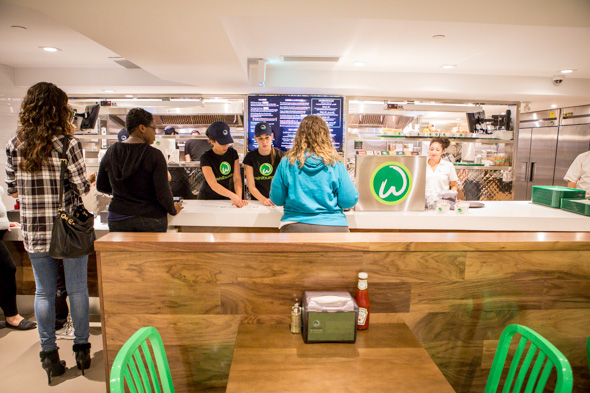 The quick service counter stationed at the back takes orders for take-away or cafeteria-style eating at 40 seat-yourself spots in the second-floor dining room. The menu offers an array of burgers, melts and sandwiches featuring seared chicken breasts, panko-crusted haddock, roasted vegetarian mushroom caps, or the proprietary beef patty. 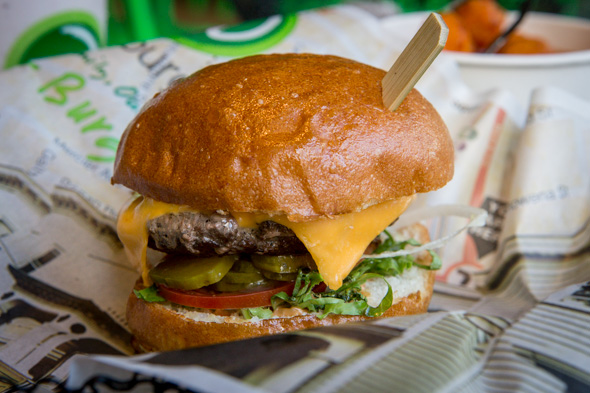 I try the "Our Burger" ($9.25), the signature offering that's topped with Wahl sauce, dill pickles, cheese, lettuce, tomato and onions. The burger is griddle-smashed, which I approve of - the outside is seared to a crust while the inside is juicy and just pink. I also like the puffy potato bun and am a fan of the leaf lettuce in place of the typical iceberg varieties. 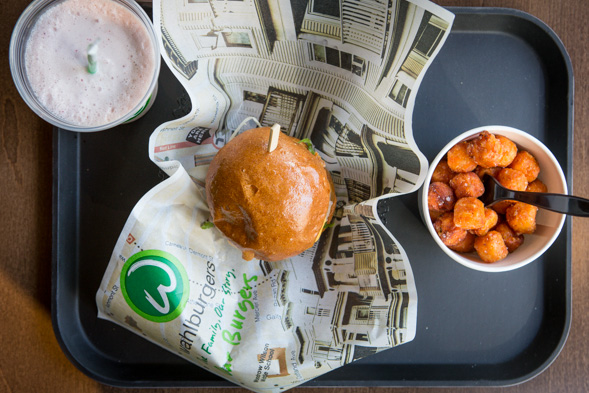 Other variations include double ($10.95), or triple ($12.25) stacked patties, or original creations like the BBQ bacon burger ($9.95) with white cheddar, bacon, avocado and jalape単os, or the Thanksgiving burger with turkey patty stuffing, orange cranberry sauce and butternut squash mayo. 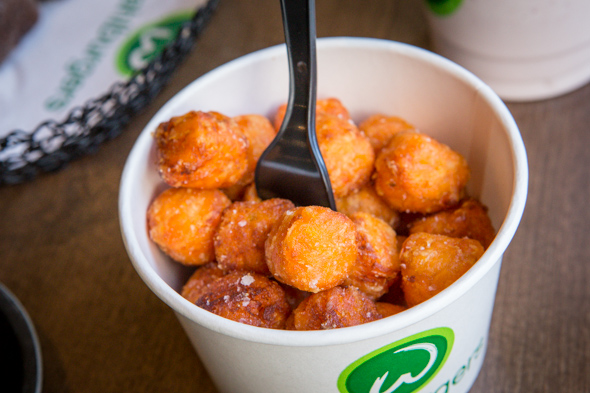 The choice of sides ($3.50 each) includes the usual suspects like fries and onion rings, plus less-common spuds like the aggressively seasoned, addictive tater tots and sweet potato tater tots. Salads ($4.50-$7.95) are available too, including spinach, mixed greens, caesar or macaroni, which make for suitable sides or can be bulked up into a meal with any protein added on top for $4. 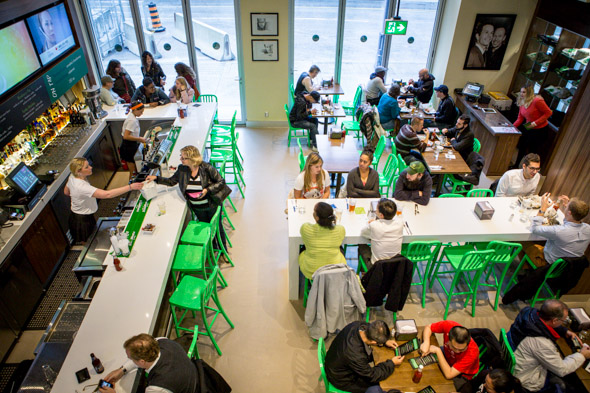 The Toronto outpost is only the second in the chain to open, but it certainly won't be the last. Five more locations are planned for Philly, three are set for Vegas, and two more will open in the greater Boston area. 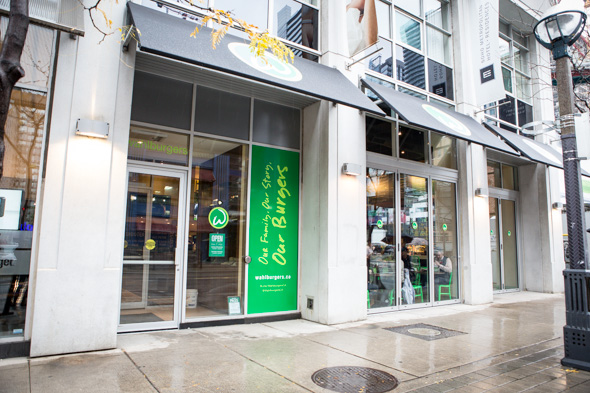