Turf Lounge is something of a throwback to an older Bay Street, one that conjures up the dark-hued masculinity popularized by Mad Men over the last few years. While by no means a men's only place, the decor trades in a certain traditionalism that's targeted towards established trader-types as well as those looking to try their luck on the horses. From the cathedral ceiling that shows off the former facade of the building at Bay and Adelaide to the extensive wine list, the place seems designed to welcome people who consider themselves important. 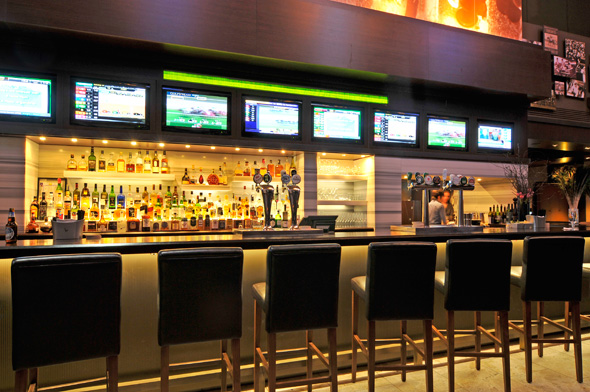 This, for the record, isn't necessarily a bad thing. I like to spend time in rooms of this type every once in a while. It helps, of course, if you have a bit of cash in your pocket or if you're being toured around by the GM (yep, my little visit was comped), but it's not entirely necessary. Despite the location and decor, Turf is not as expensive as some nearby establishments — that is, unless you bet on a few slow horses.

Wagering might not be as popular as it once was, but it still makes up a significant portion of the revenue made at Turf. On my visit, there were only a couple of dudes playing the horses, but I'm told that during major events like the Kentucky Derby, the restaurant is packed with folks taking in the proceedings on the 60 some-odd televisions throughout the space. There's still live tellers here, but Woodbine Entertainment (owners of the restaurant) plan to phase them out in favour of automated wagering terminals, some of which can already found at Turf. 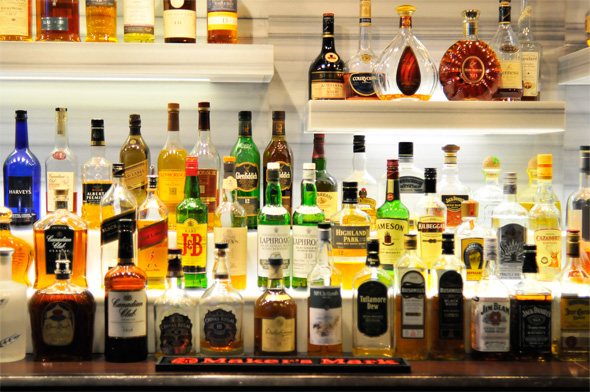 Betting is optional, of course, so ownership has tried to dial in on the corporate crowd with a number of event spaces separated from the main restaurant. Given the relative seclusion of the these rooms, I suspect Turf sources a decent amount of business via event bookings. Depending on the size of one's group, the minimums don't strike me as particularly exorbitant.

OK, so that's all the other stuff, what about the food? Despite the wagering and event-based focus, the food at an operation like this is obviously crucial. As far as style goes, the menu is continental, which is to say not overly influenced by one international cuisine or another. But, given the concept (and the name), it's not entirely surprising that seafood and steak are major players on the menu. 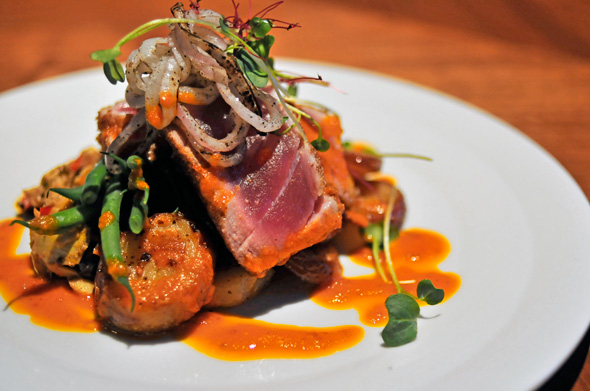 I started with the day's lunch special, a hearty take on a Salad Niçoise ($25), which showed off a Mediterranean influence via the presence of artichokes and black olives alongside green beans and pickled onions, the latter of which cut the butter-starch combo offered by the roasted potatoes. This is the type of dish that's completely satisfying, but doesn't leave you feeling sluggish or greased-up. 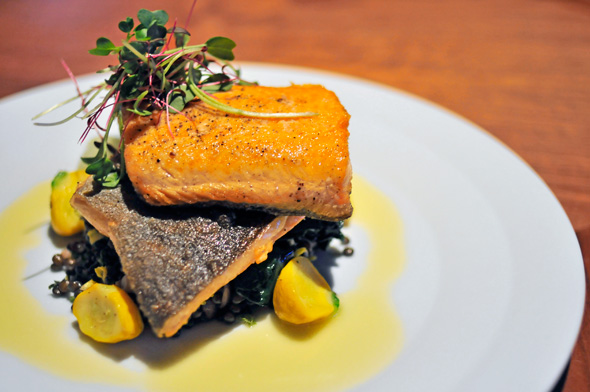 Next up was the Arctic Char ($24). Served on a bed of beluga lentils dotted with almost-caramelized pork belly, rapini, beech mushroom and carrots, the complexity of the accompaniments offers a direct contrast to the preparation of the fish, which is pan-seared and drizzled with beurre blanc. The buttery main almost demands an oaky Chardonnay, but, alas, I'm in for lunch and doing my best to behave. Still, the fish would love a companion to draw out some of its flavour, which is a touch on the mild side. 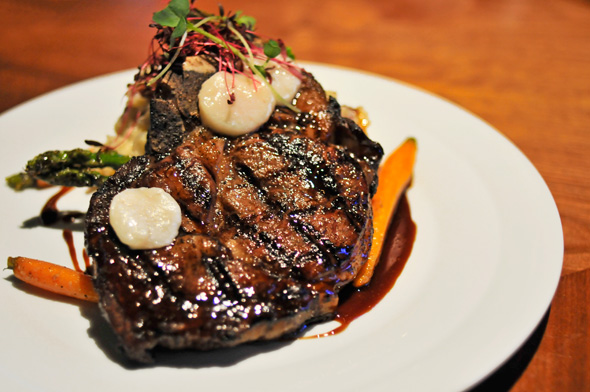 From a visual standpoint, the show-stopper is my final dish: a 10oz Rib Eye ($35) served with Boursain mashed potatoes, marrow and veal-jus. You won't leave this dish feeling peckish. Despite its appearance, however, this steak doesn't standup to the first two dishes. Although cooked to medium rare as ordered, it's slightly under-seasoned, which results in downplayed beefiness and, thanks to the marrow, a bit too much sheer fattiness. Similarly, the mashed potatoes are an indulgent take on the classic side, but too chunky for my liking.

Turf's tagline is "where Bay Street comes to play." While the atmosphere was anything but raucous when I stopped by, the line is a pretty fair summary of what they're trying to do. This is a suits-first type place, but significantly less stodgy than you might think. 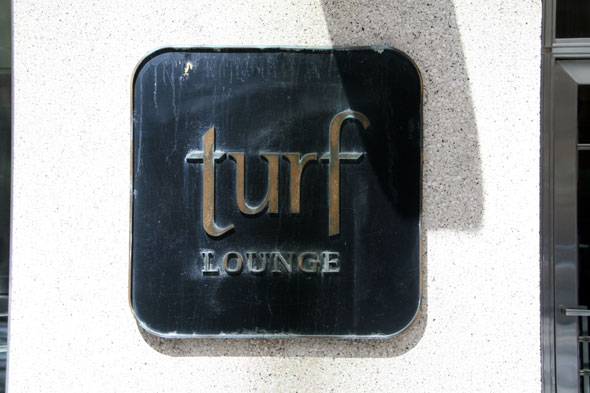