The Tale is open for takeout and delivery. Masks are mandatory and hand sanitizer is at the entrance and counter.

The Tale is an Indian restaurant in Toronto that's entirely vegetarian with options like tasty vegetable and chickpea curries, butter soya and plates of paneer on the menu.

The nicely spiced curries and fresh breads leave enough of an impression that even die-hard meat eaters likely won't feel like something's missing. 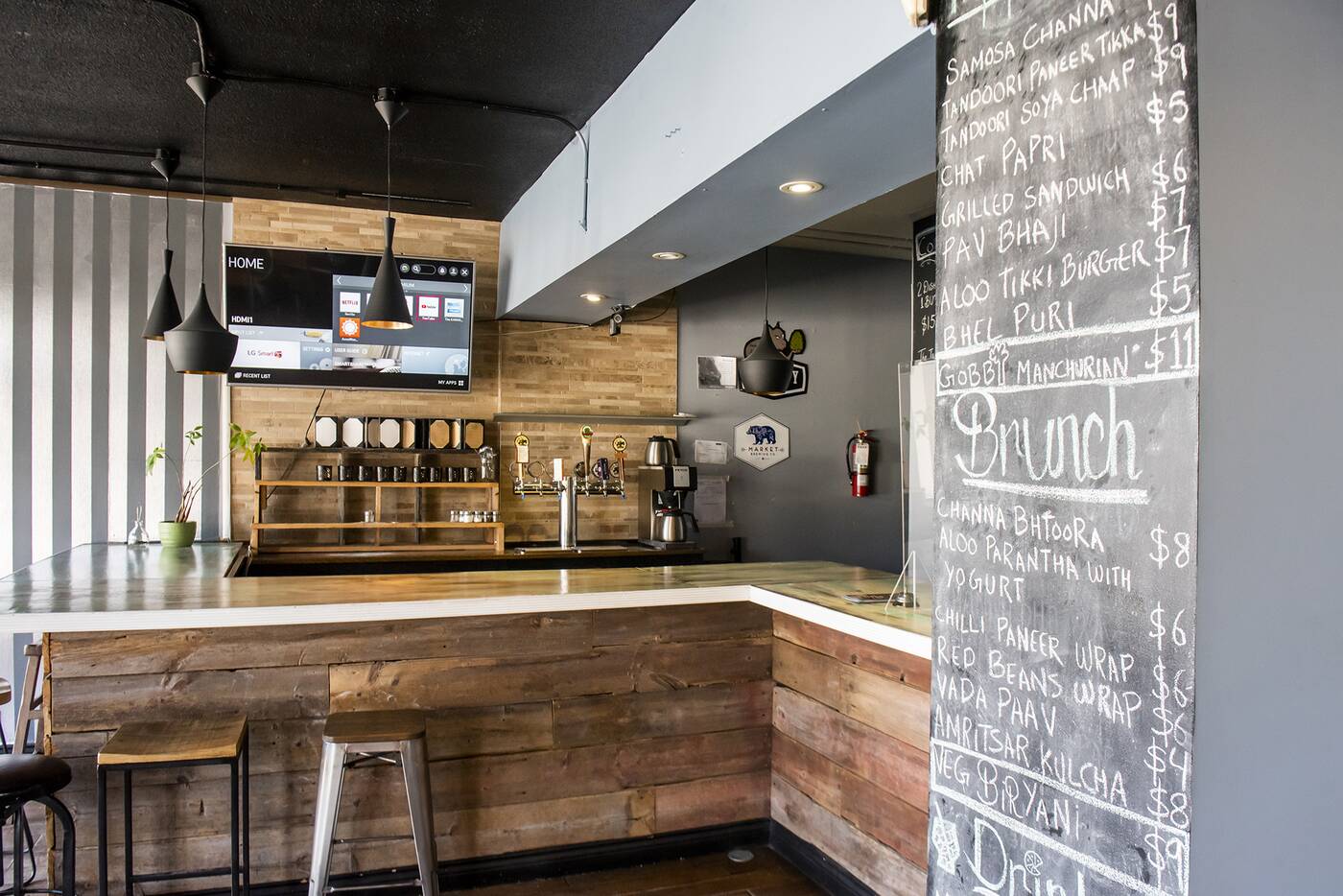 Brunch, cheap lunchtime combos and dinner options are all listed on a chalkboard near a wraparound bar inside this spot at Lakeshore Boulevard and Brown's Line. 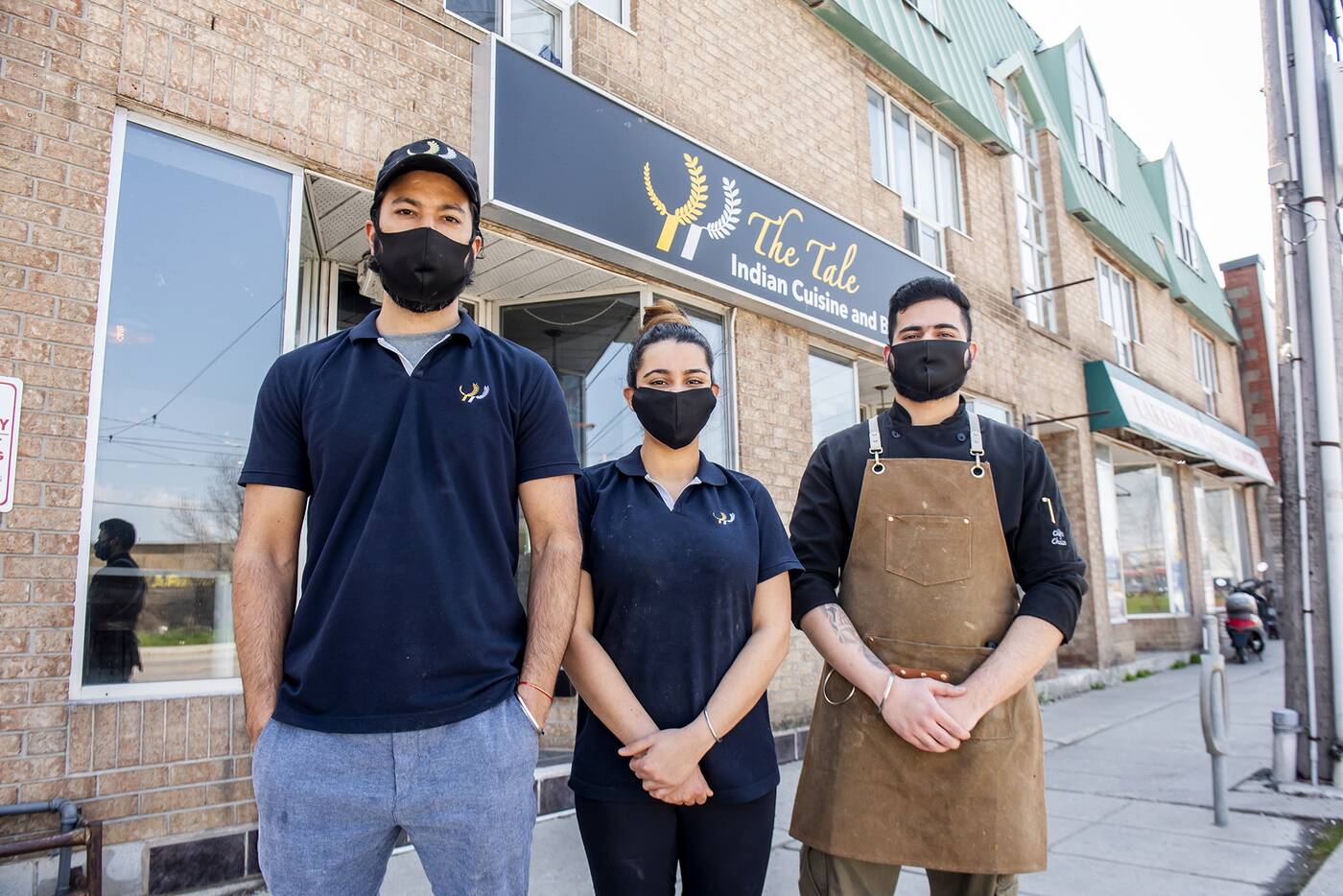 This comes as Popeye's and Tim Horton's alumnus Gurleen Kaur and Mohnish Bhagat's first restaurant endeavour. Opening a spot solely focused on vegetarian dishes came as the natural option as Kaur has been a vegetarian her entire life, with Bhagat switching over to a meatless diet after they married. 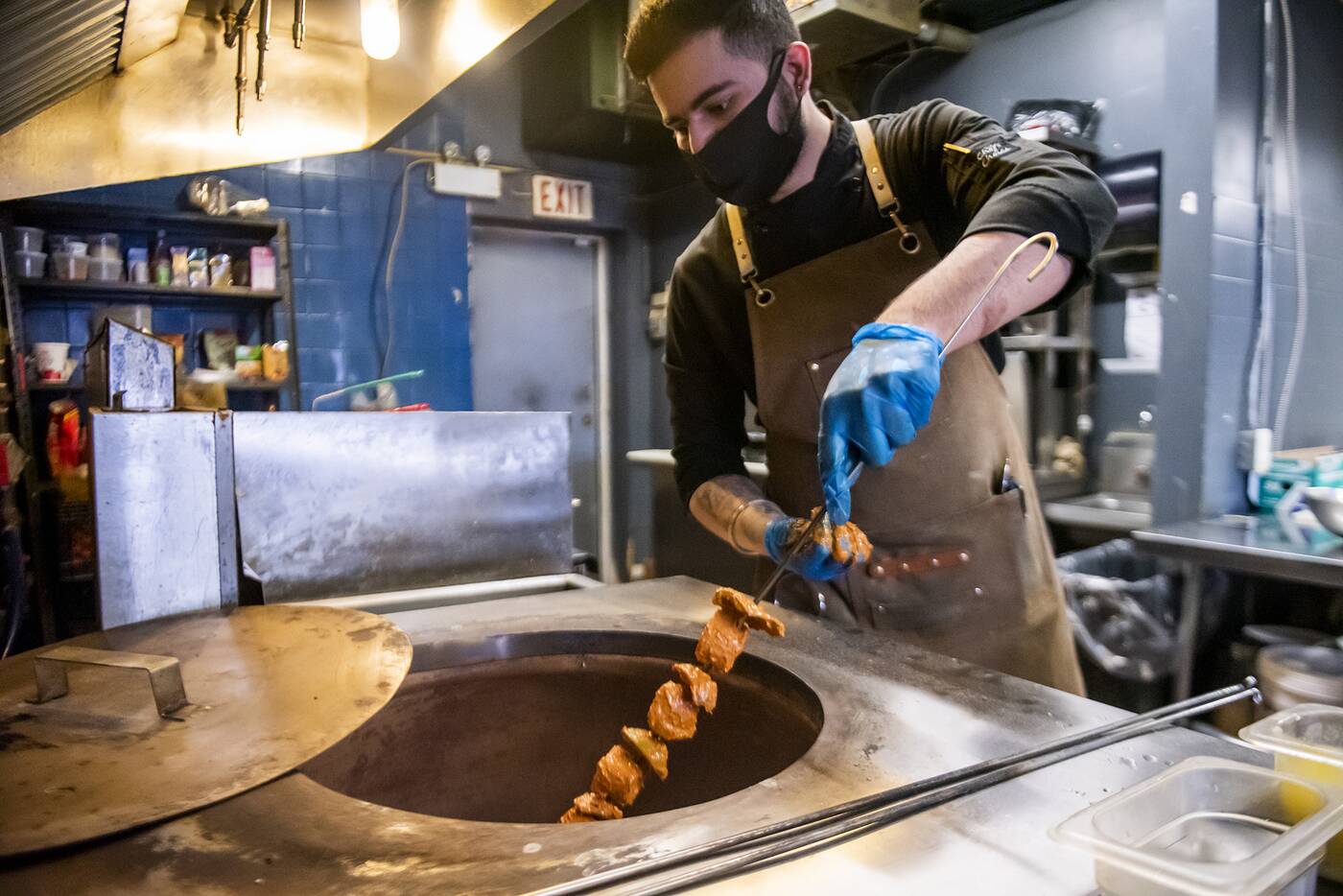 Although the idea came to them after Kaur cooked up dishes for friends and family from their home in Brampton the past year, it's usually Bhagat and cook Vishal whipping things up in the kitchen and Kaur providing some top-notch service to anyone who walks through the door. 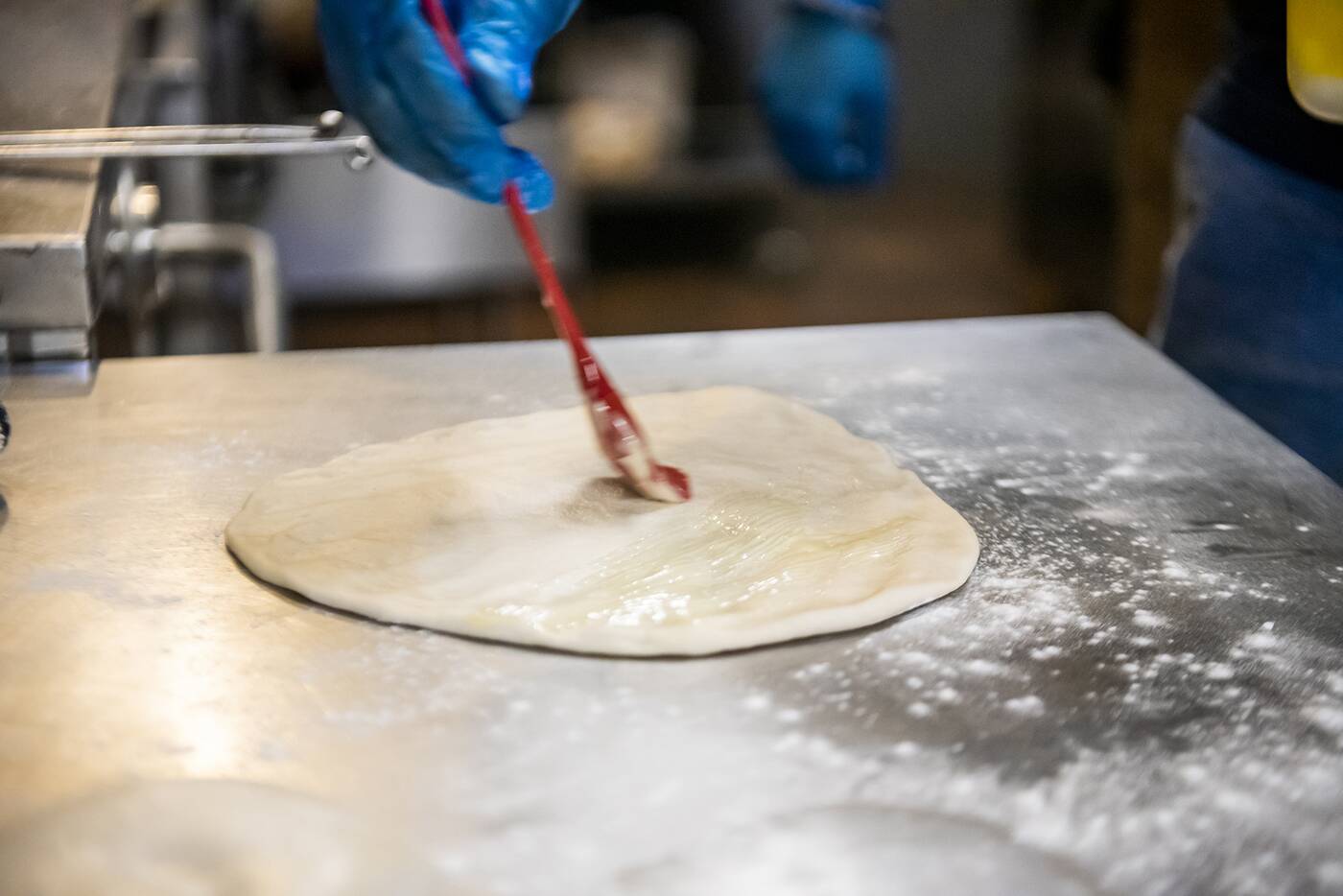 Kulcha is one of the brunch options on the menu. The flatbread coming from the northern state of Punjab in India is like naan but has boiled potatoes and spices like coriander inside. 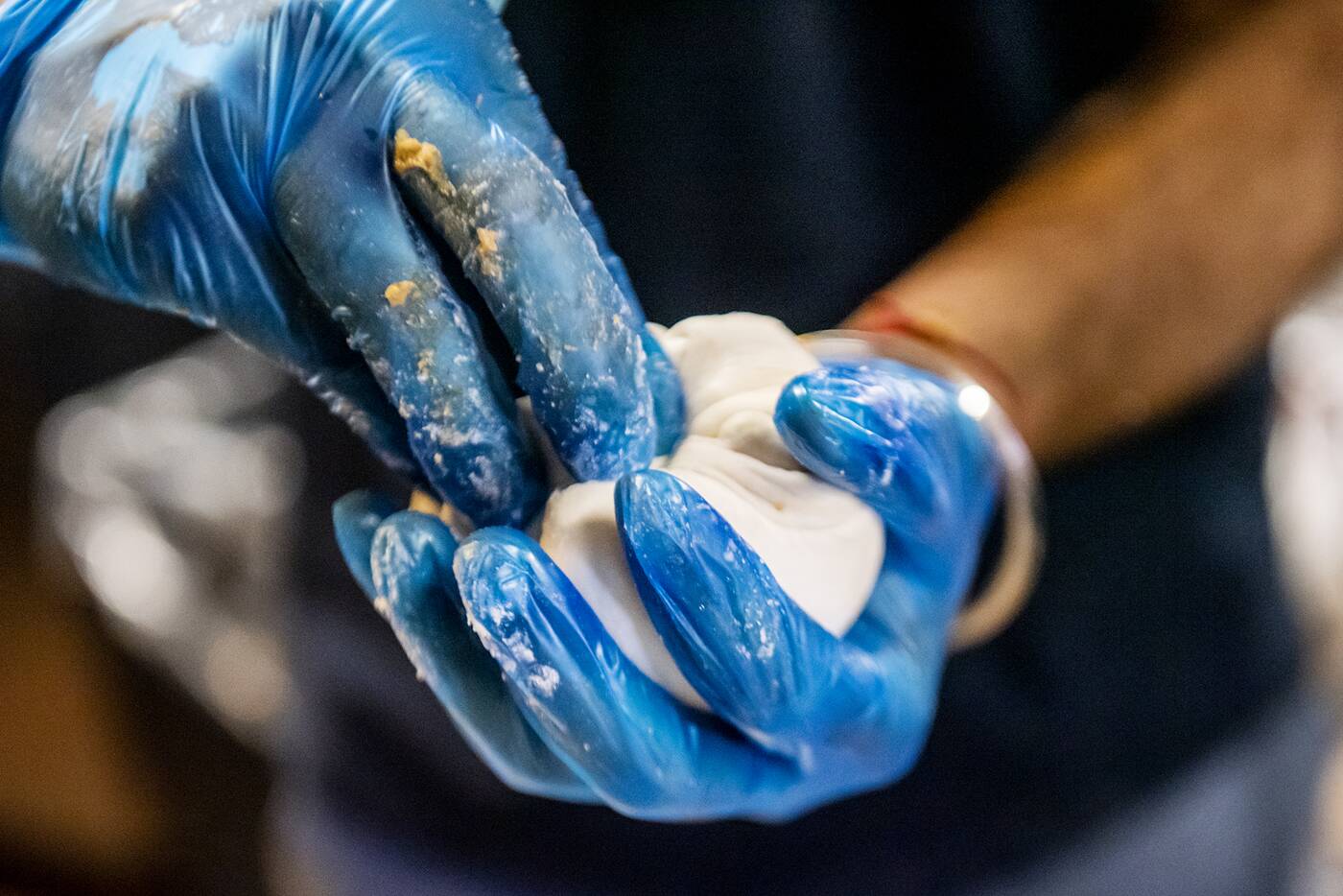 Plenty of butter is also brushed on each layer before filling, rolling into a potato-filled ball and flattening out again and placing in the tandoor where it'll stay until nicely crisped. 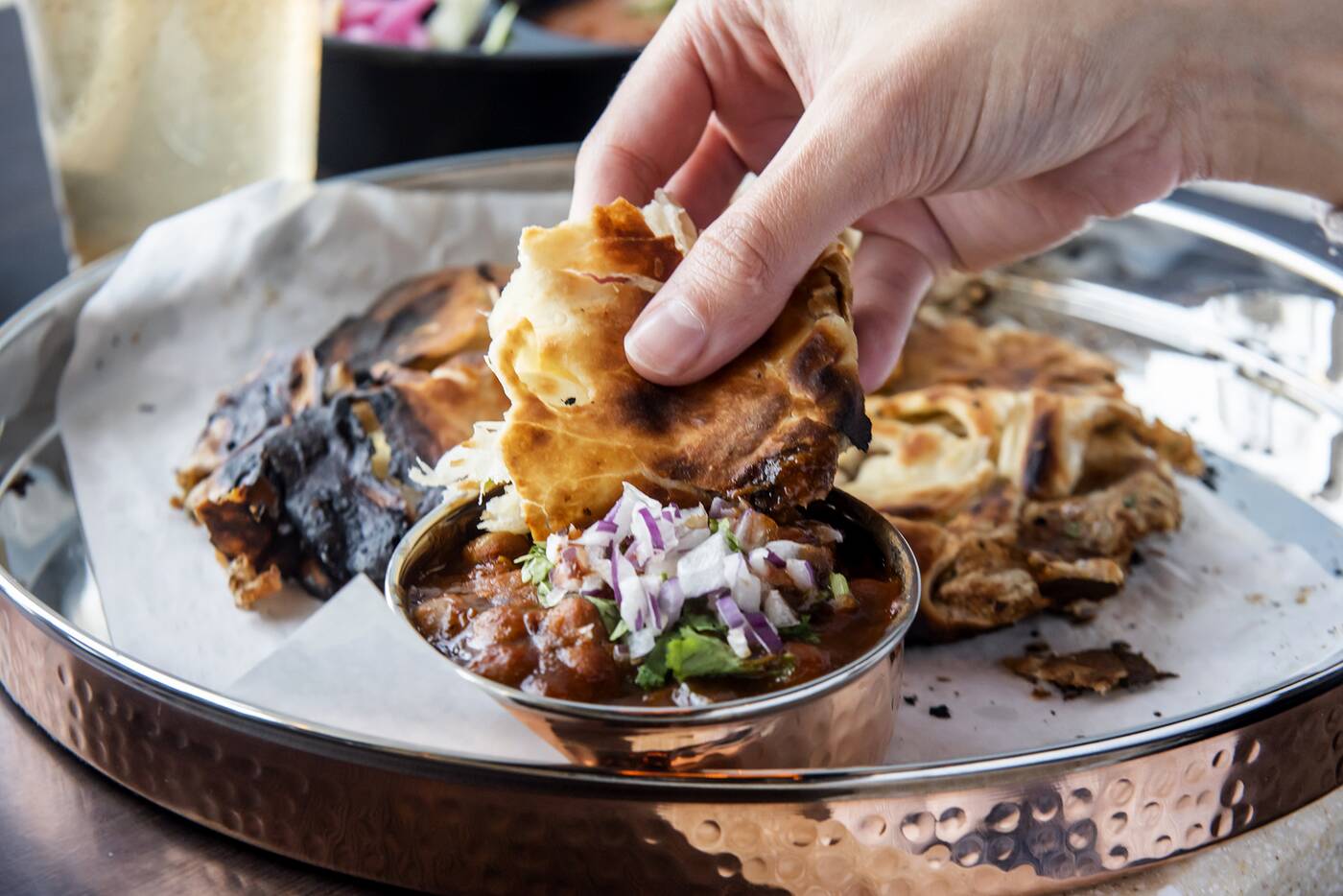 The stuffed Amritsari kulcha ($8) comes crispy, yet buttery and the spices and potato inside make the flatbread pop with flavours that just aren't found in naan. 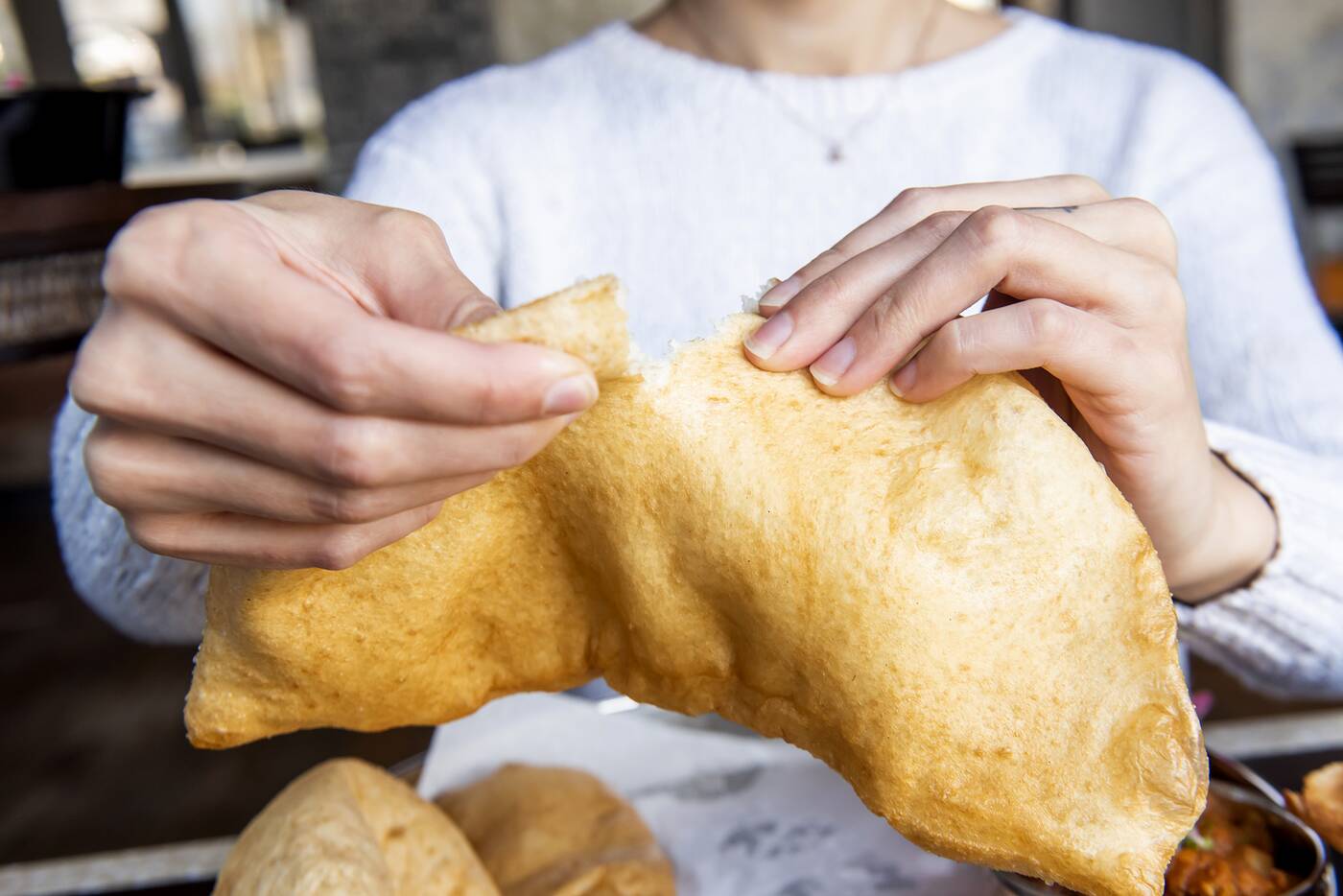 Another Punjab meal they tell me is typically enjoyed earlier in the day is channa bhatoora ($8). It comes with spicy chickpea curry and two fried pieces of bread also made from maida that's finely milled like cake flour. 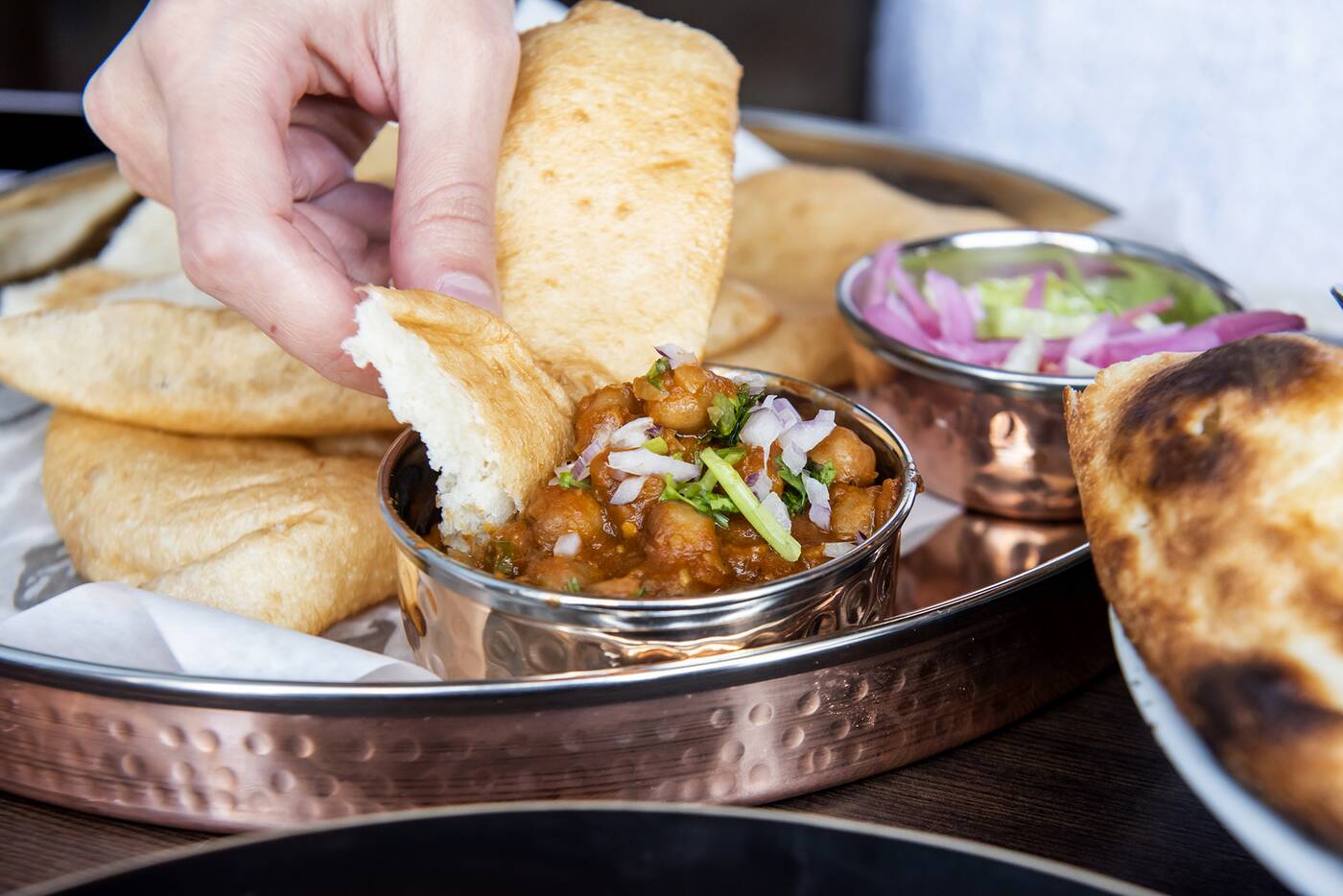 The deep-fried leavened sourdough bread with a pillowy soft texture is nicely paired with a small dish of curry full of chickpeas, packing a ton of heat and flavour. 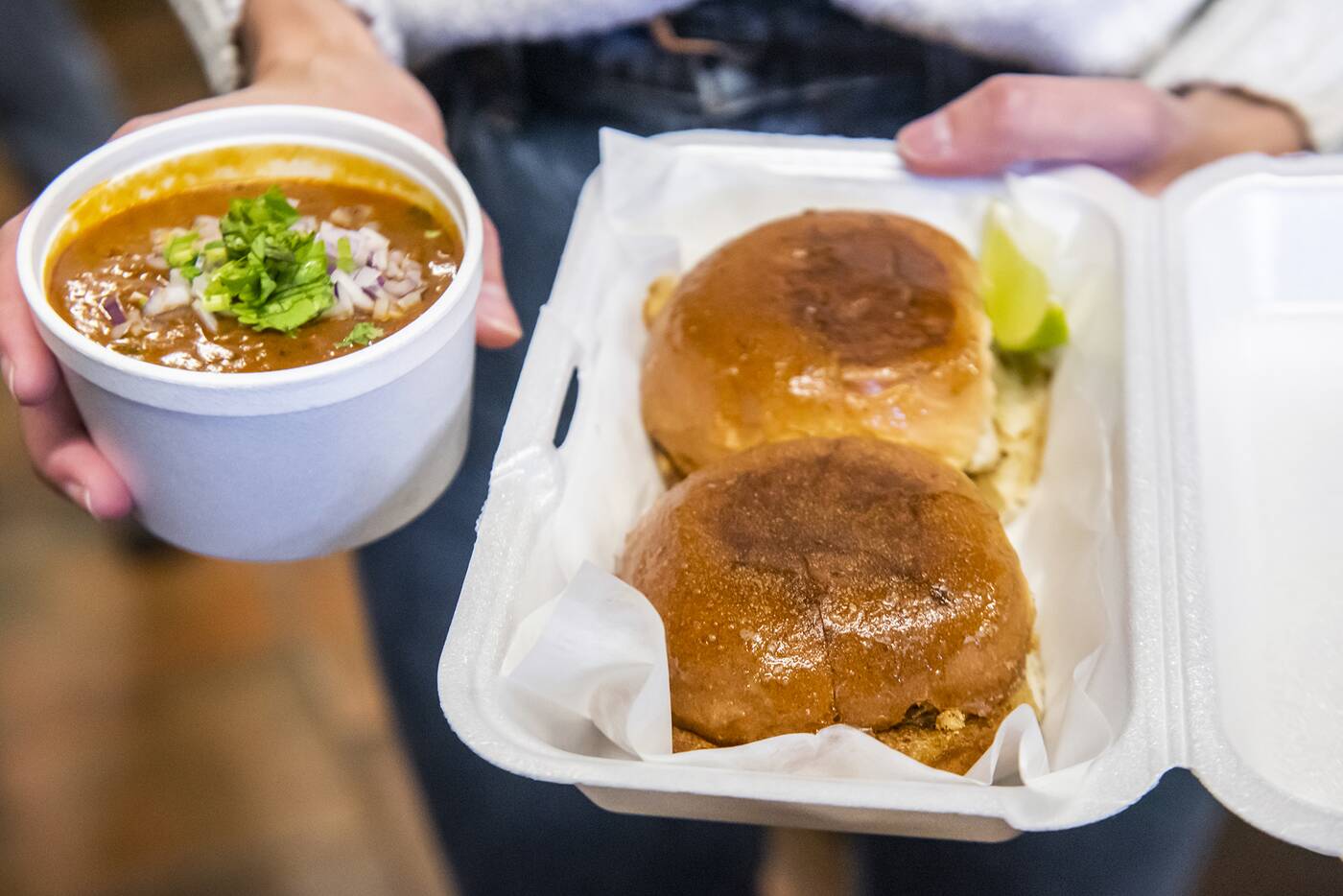 Pav bhaji ($7) is a filling starter hailing from Mumbai and largely found along the west coast of India. This one comes with a vegetable curry prepared in butter and served with gluten-free buns. The dish can also easily be made vegan, using oil to substitute for butter. 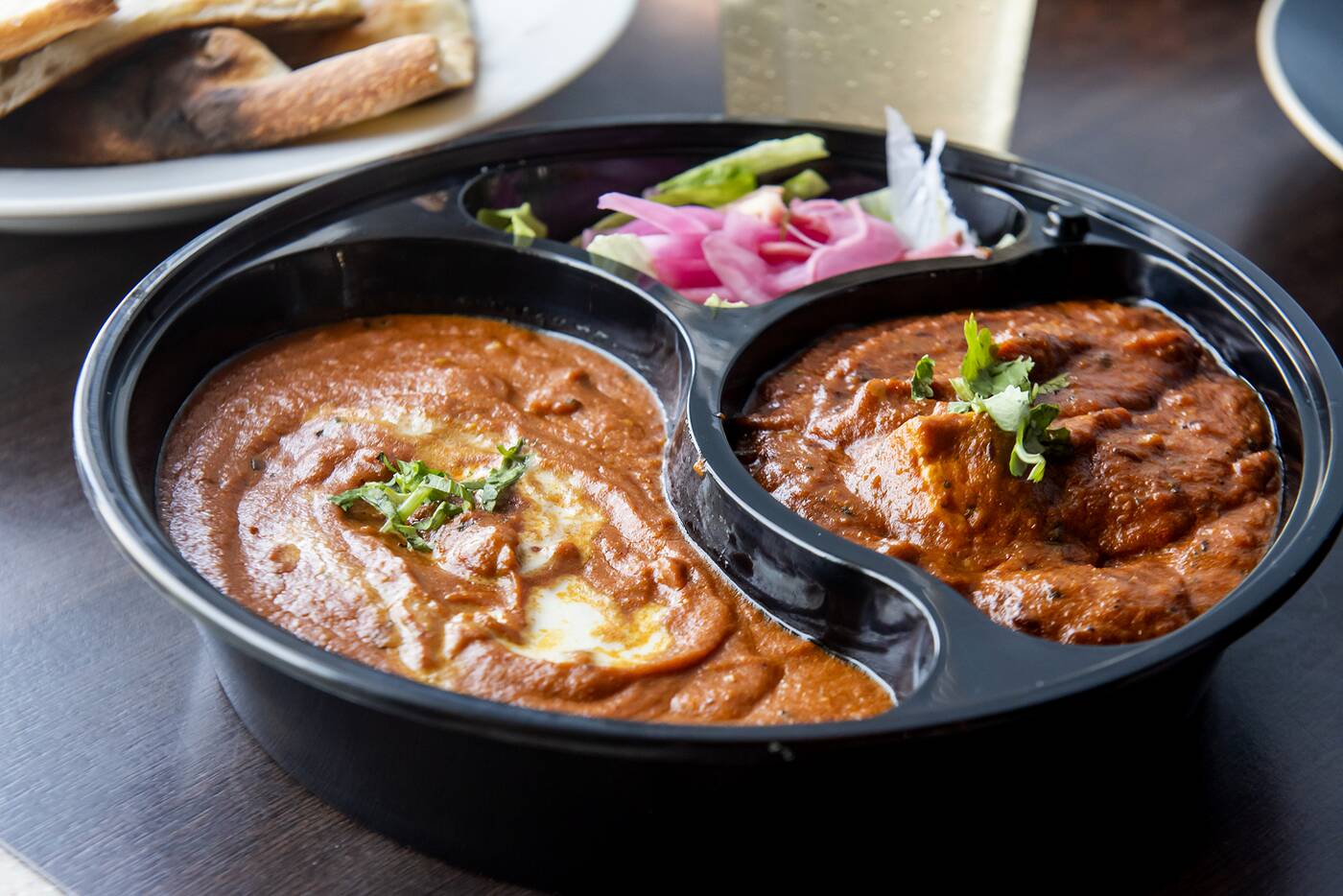 If you come in during lunch, you can get a combo with two dishes, rice, salad, naan and a pop for $15. We go for butter soya and paneer tikka masala, two of their top-sellers.

The butter soya tastes just like a butter chicken, with high heat levels and the chaap (made from soybeans) closely imitating tender chunks of chicken. 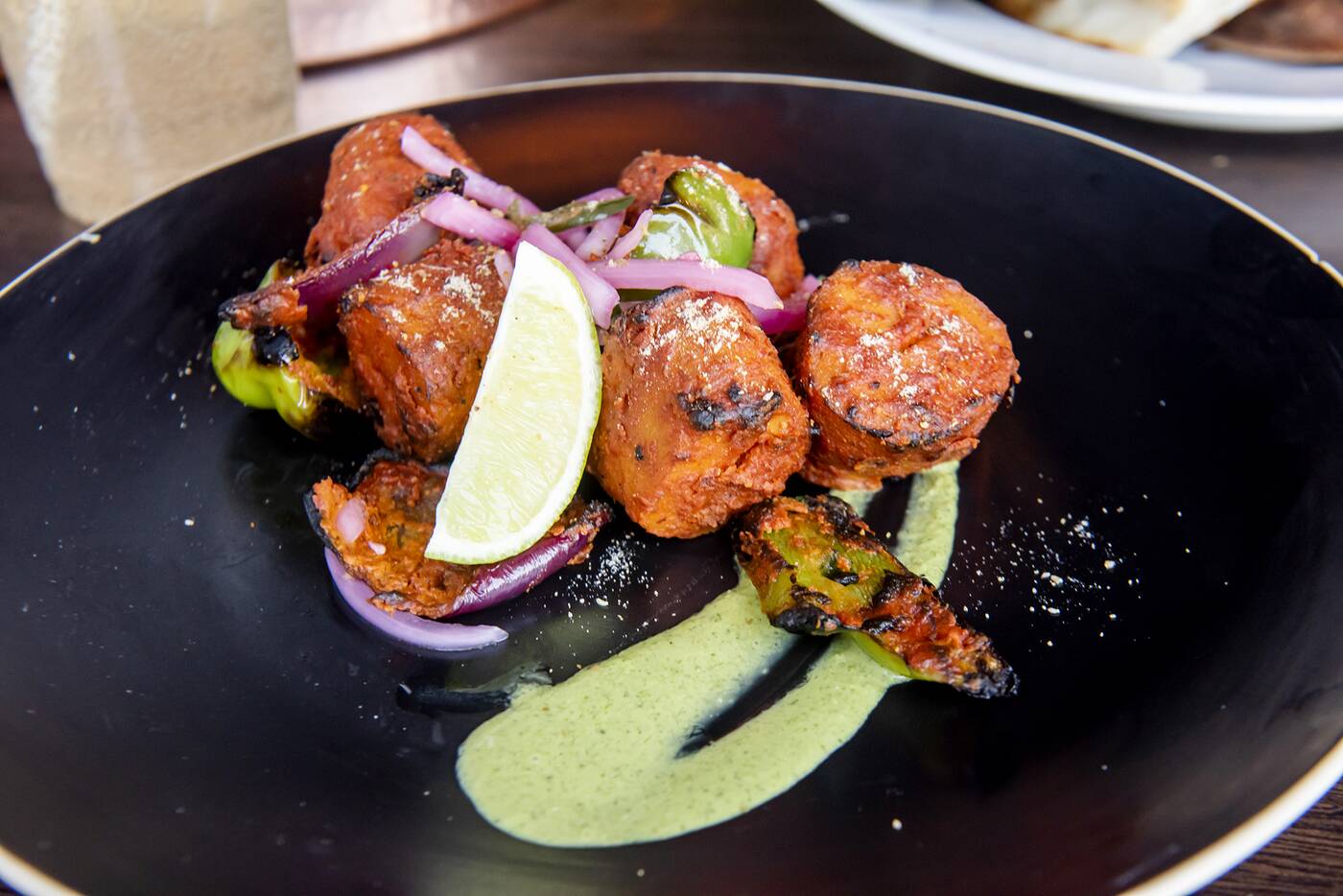 The chaap can also come on its own, marinated in flavoured yogurt and cooked in the tandoor oven ($9). 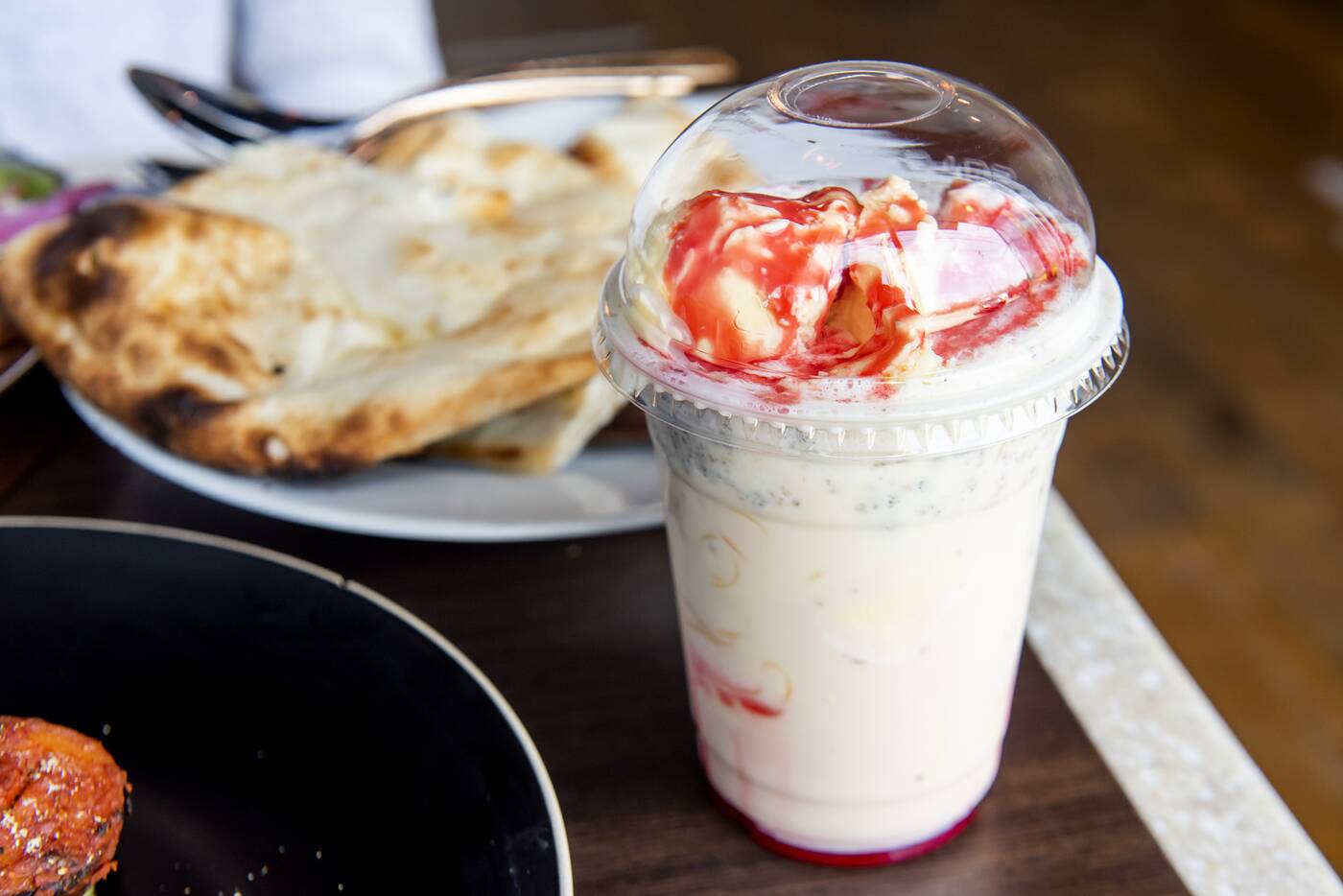 For dessert, the kulfi faluda ($4) is made with a mixture of rose syrup, faluda noodles, sweet basil seeds, milk and ice cream for a number of different textures and layers in one cup. It does not fall short on the sweet front.

The Tale offers food to the west-end communities that's easily up to par with the cuisine found in Little India without having to travel so far east. 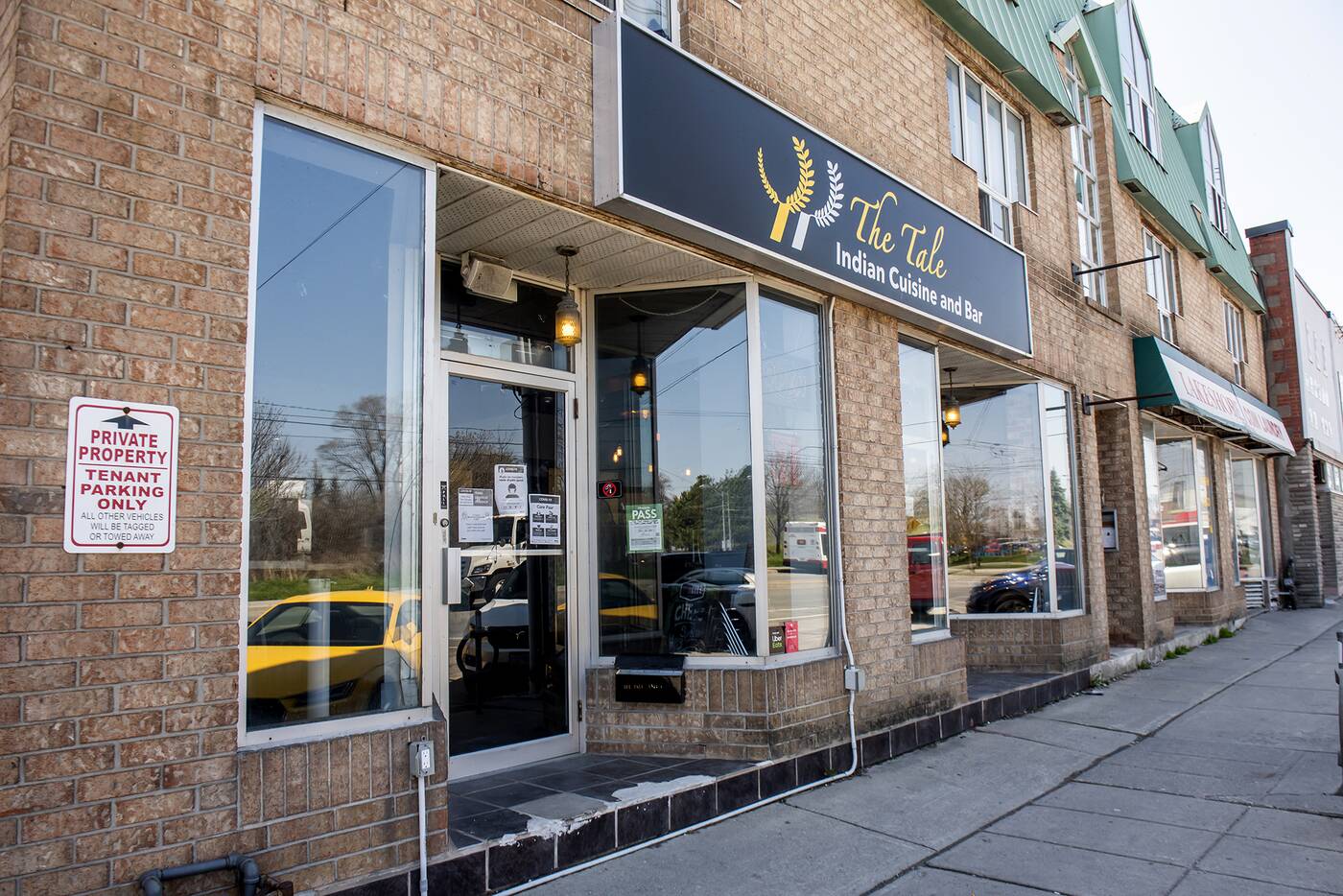