Tenon Vegan Sushi is open for pickup and delivery. Masks are mandatory and hand sanitizer is at the counter.

And although you won't find any meat, there's so much more than just greens at this restaurant with proteins that mimic chicken, duck and beef.

The family-run spot on Bloor West offers a simple dining room with about five tables and booths running to the back where you'll find the sushi bar. 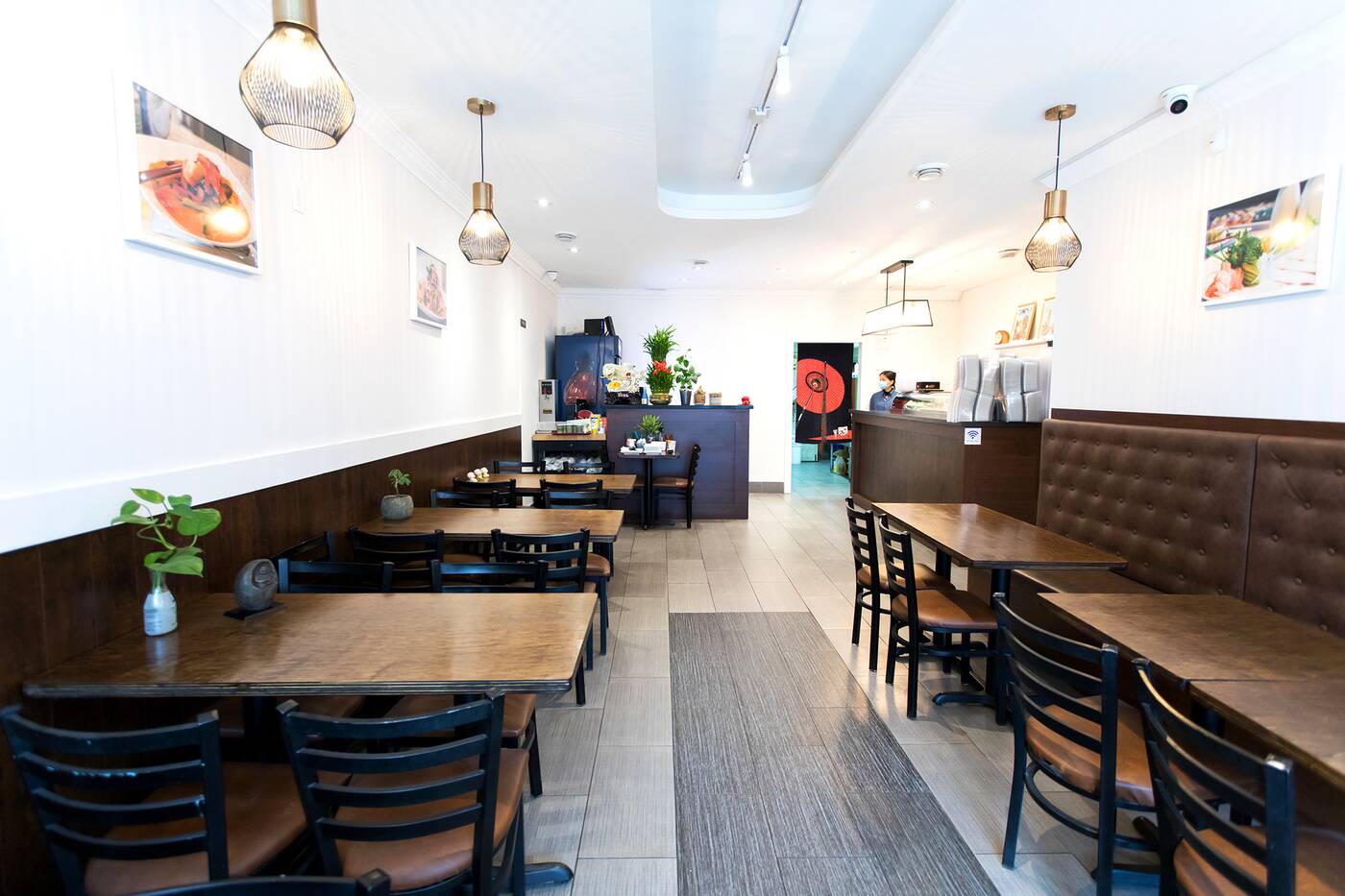 It comes as the second location with another in Markham that has been a go-to spot since 1998. It switched over to meatless dishes in 2011 when longtime vegetarians Tony Huang and his wife, Yan Chen, became the owners. 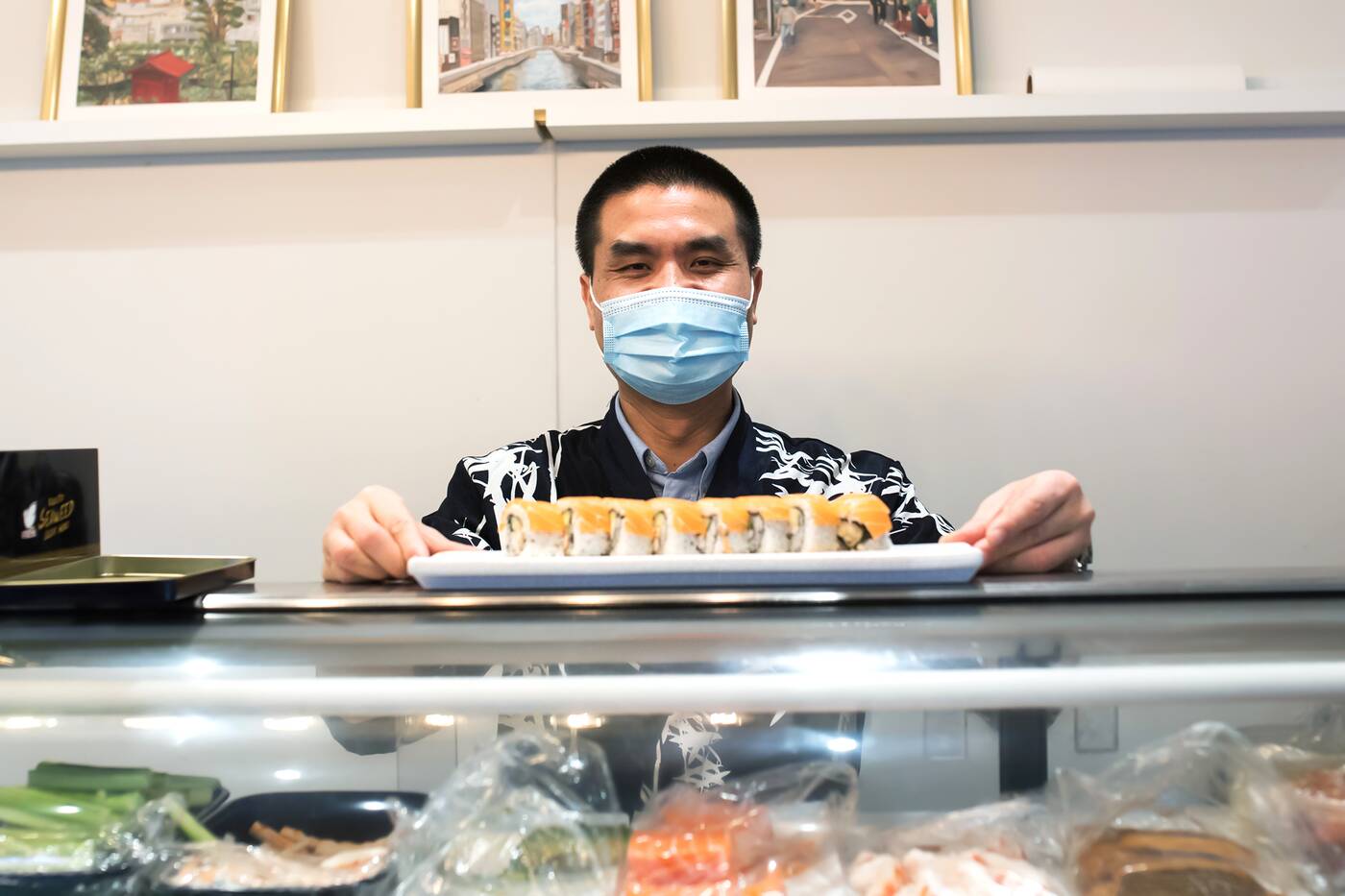 Huang was a sushi chef at the original restaurant before he took over and has 20 years of sushi-making experience under his belt, and has dabbled in cooking Japanese dishes since he was young. 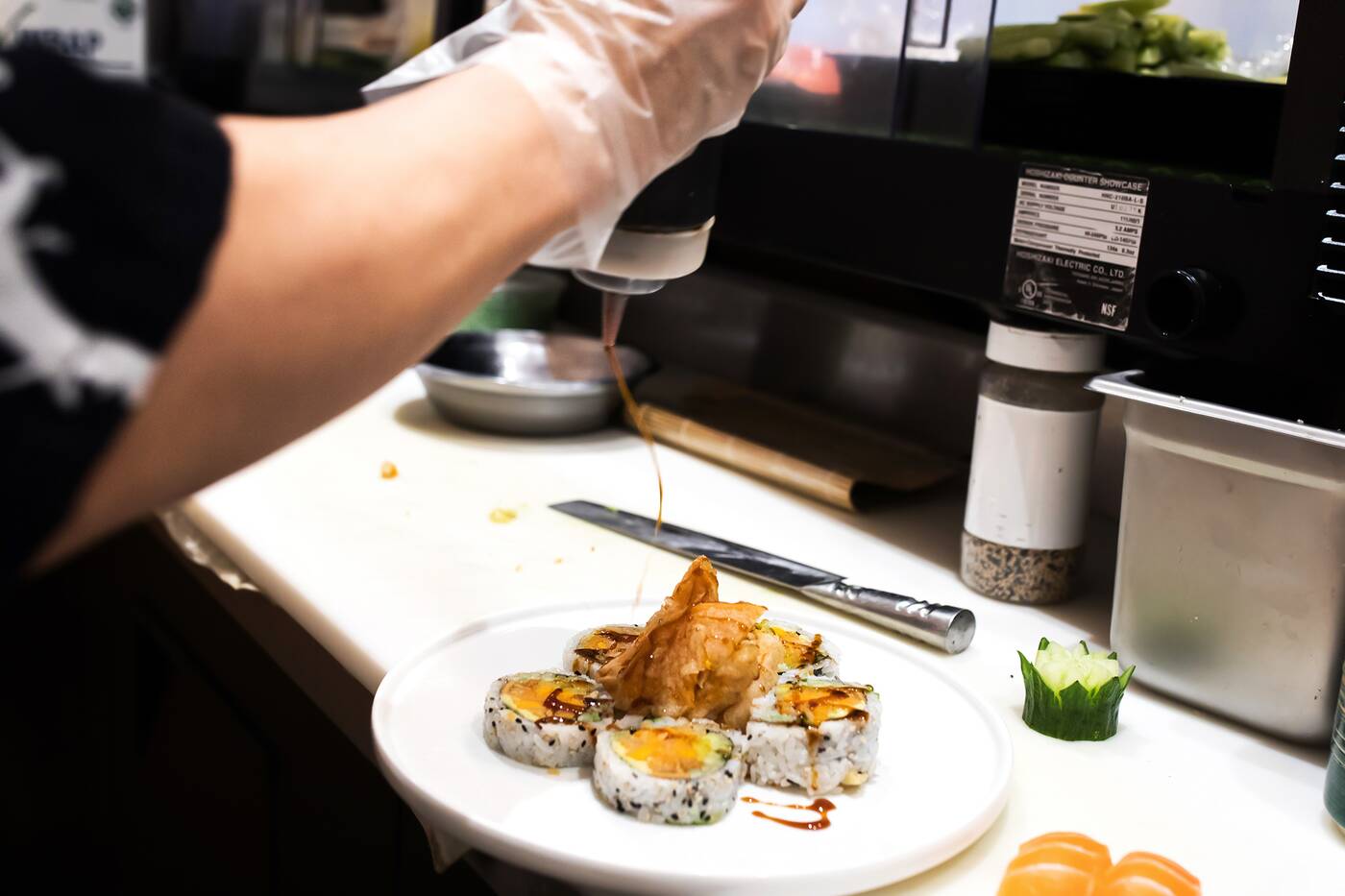 There are over 30 sushi rolls on the lengthy menu that includes nearly 75 items in total. Some contain veggies only, like the sweet yam special roll (five pieces: $11.99). Although plenty of sushi spots feature sweet potato maki, not as many slather it in barbecue sauce, which is how it's done here. 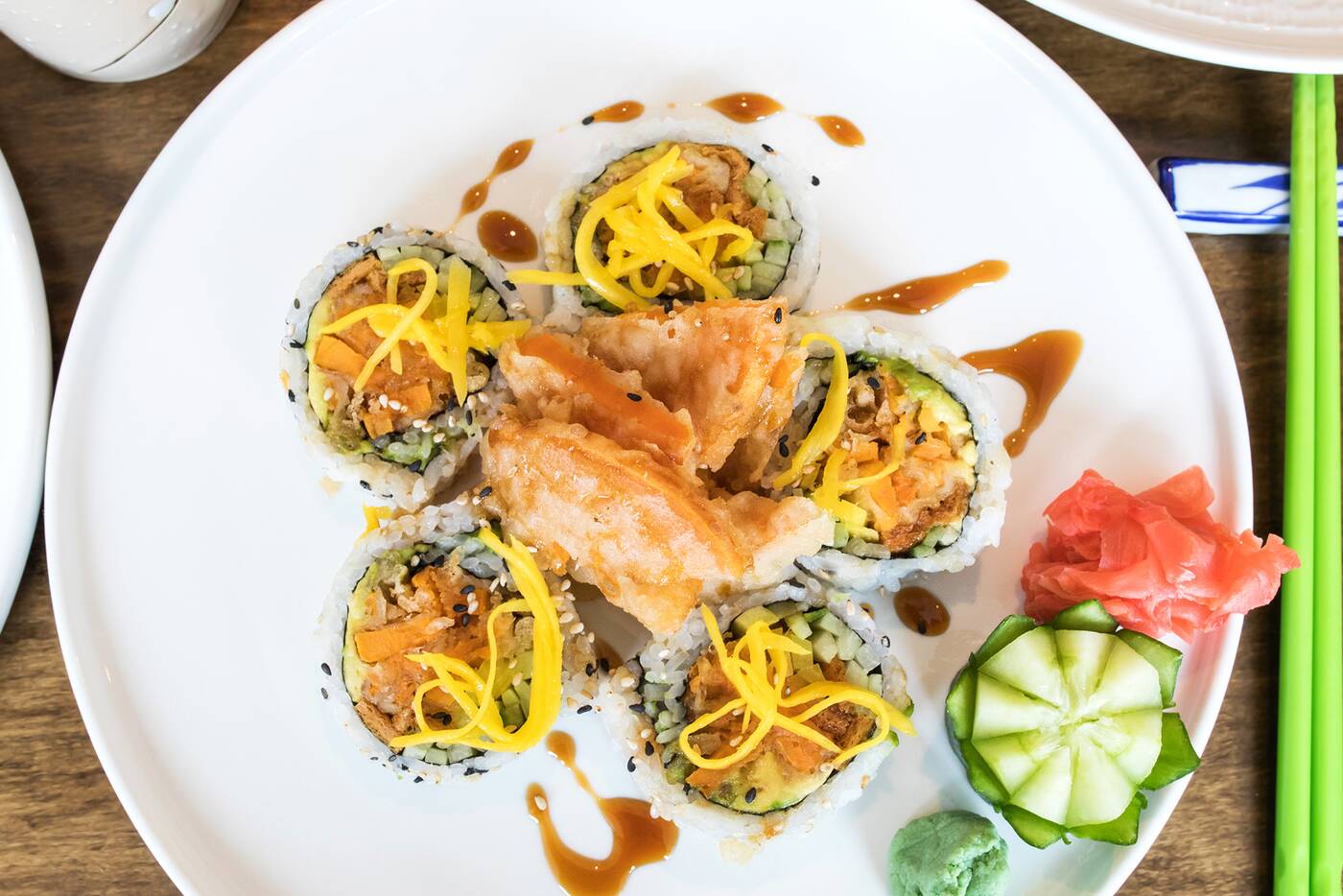 Avocado, cucumber, bean curd and yellow radish share the space with the yams inside the rice roll while extra deep-fried sweet potatoes come in the middle and fresh mangos pile on top. 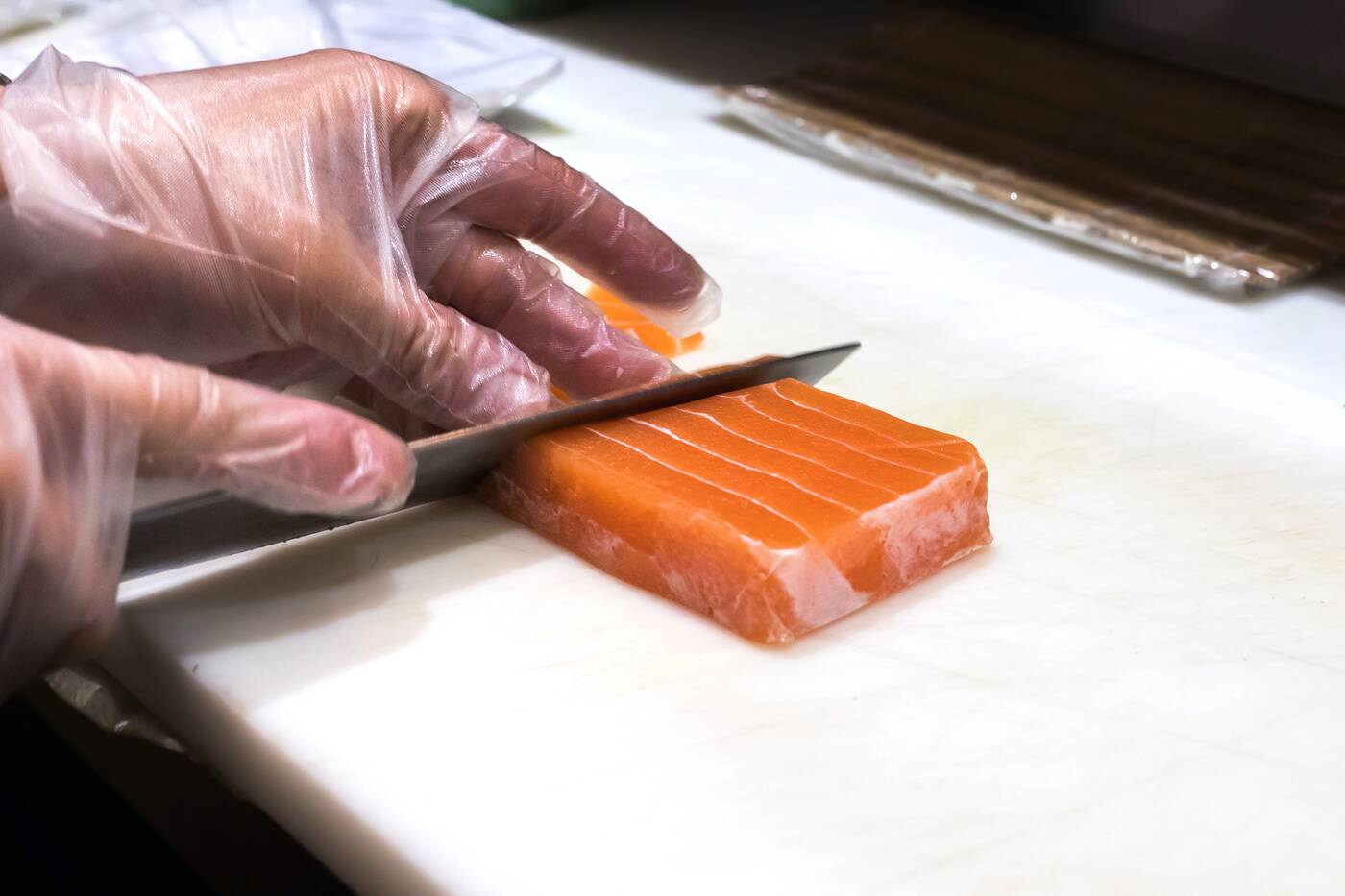 Unlike some other vegetarian spots that stick to fillings like avocado or cucumber, Tenon offers plenty of options. The vegan salmon, imported from Taiwan, doesn't have a strong fishy flavour and gets the texture spot-on. 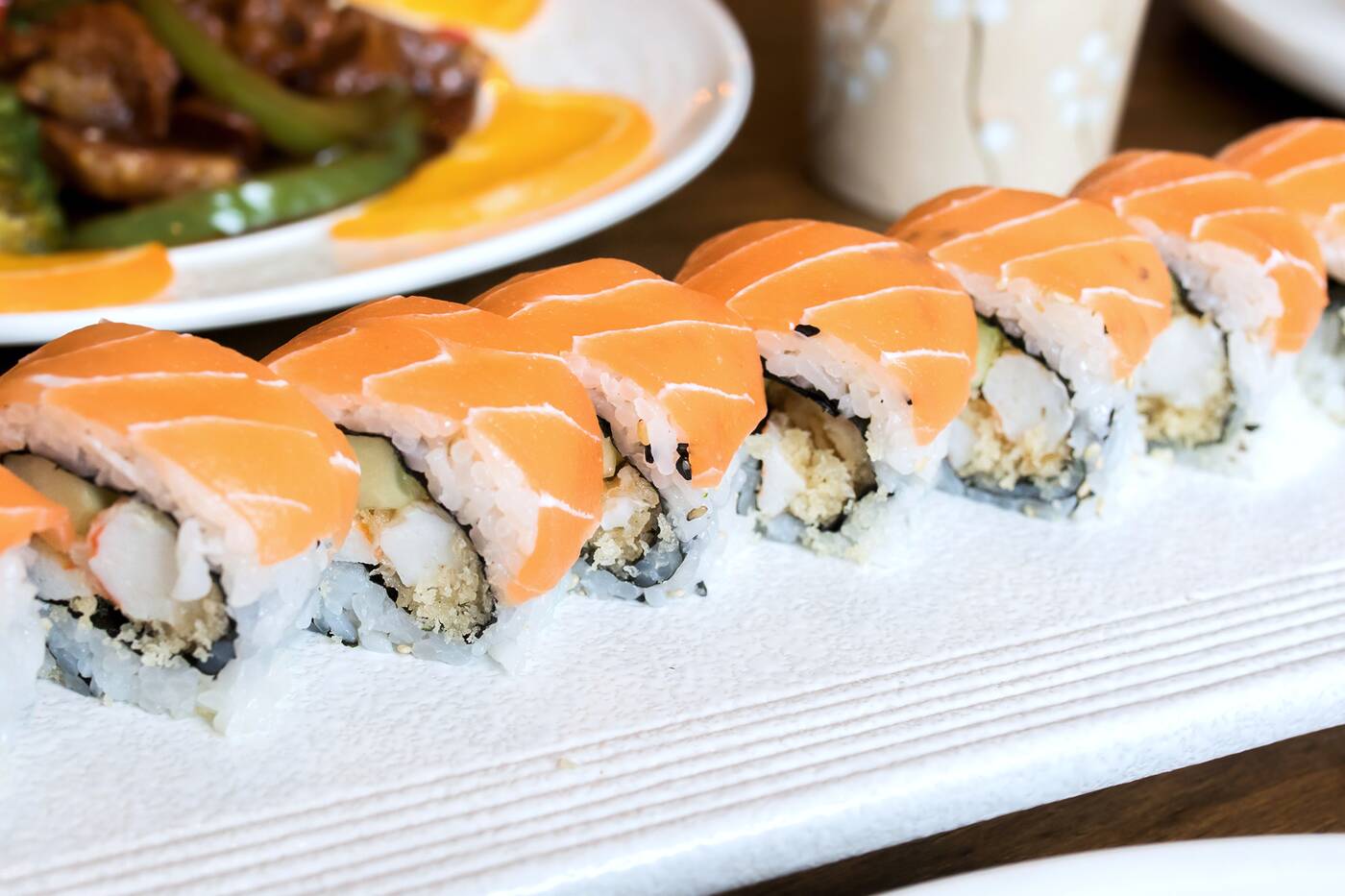 The red dragon rolls (eight pieces: $12.99) come with thin strips of the vegan salmon over top, as well as crab and shrimp, both made out of soy, and both taste pretty close to the real thing. 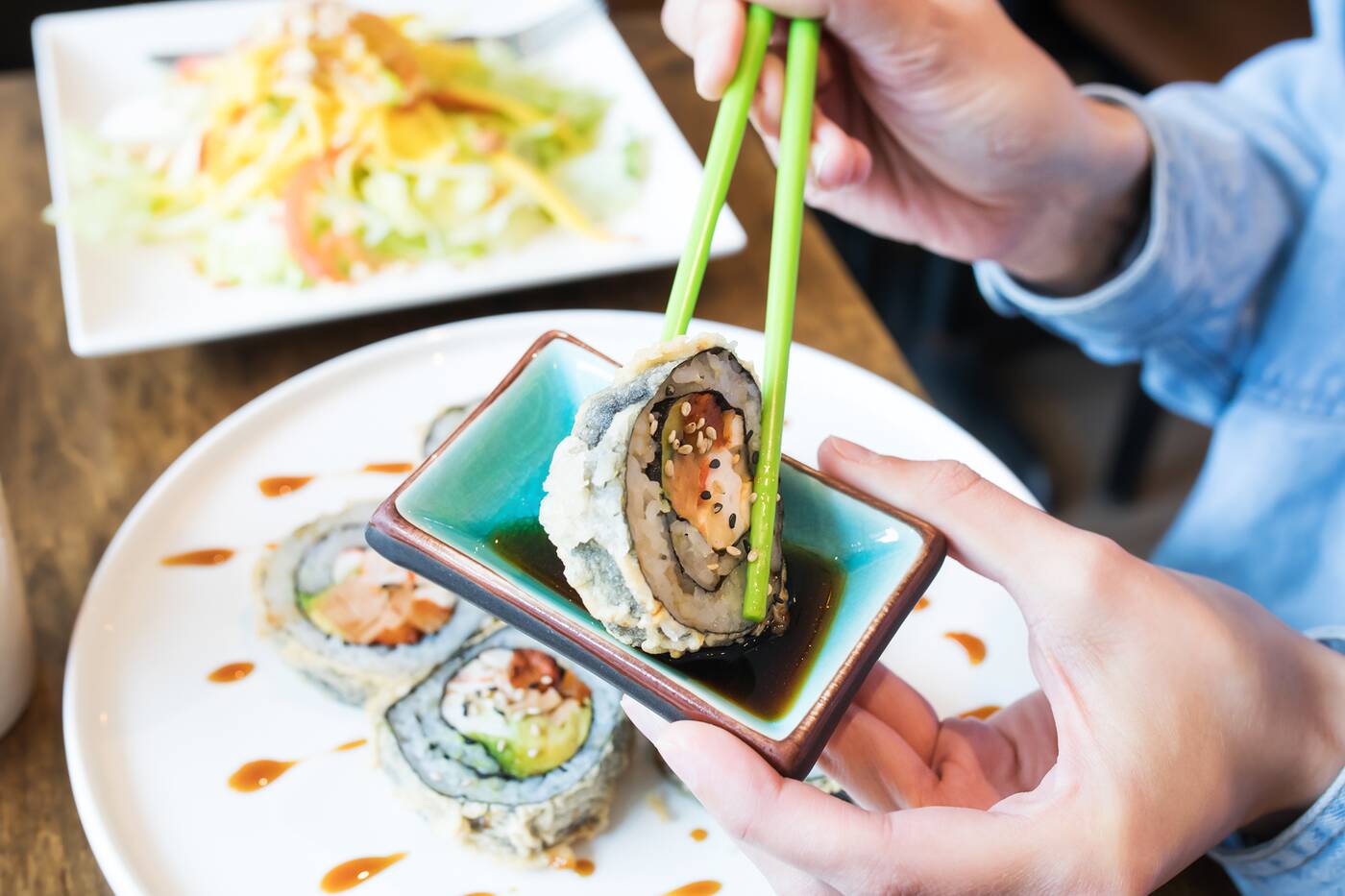 The Montreal roll (five pieces: $11.99) also includes the soy crab meat and shrimp, along with housemade gluten meat and vegan ham. The entire thing is rolled and then deep-fried so there's a bit of an added crunch. 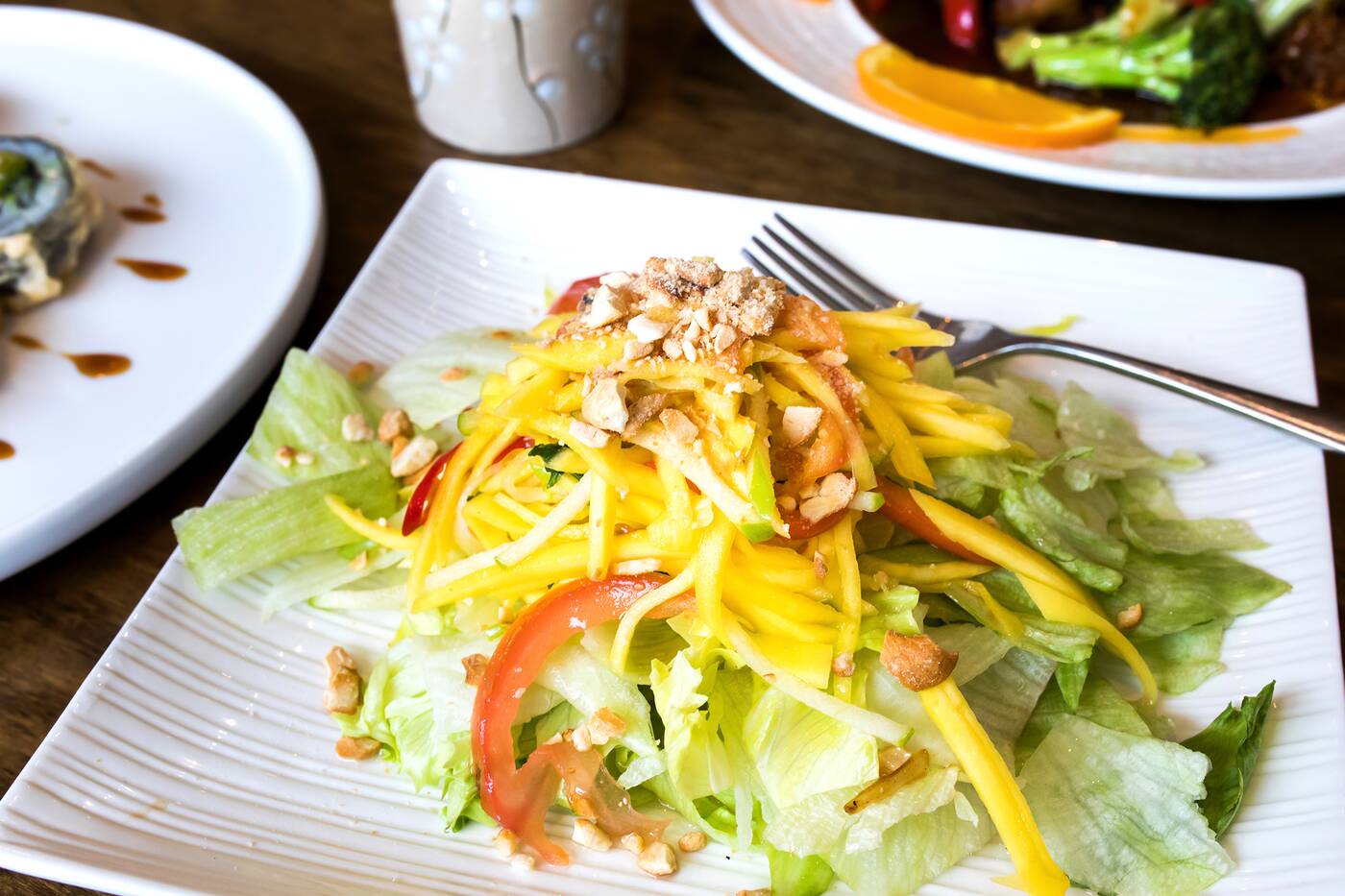 Besides the sushi rolls and Japanese-style appetizers like edamame and seaweed salad, there's also a long lineup of Thai starters and mains. One of the favourites when it comes to the appetizers is the yam mamuang salad ($9.99).

The refreshing Thai-style green mango salad is a bit sour, likely from the fresh mangos and dressing that's made in-house. 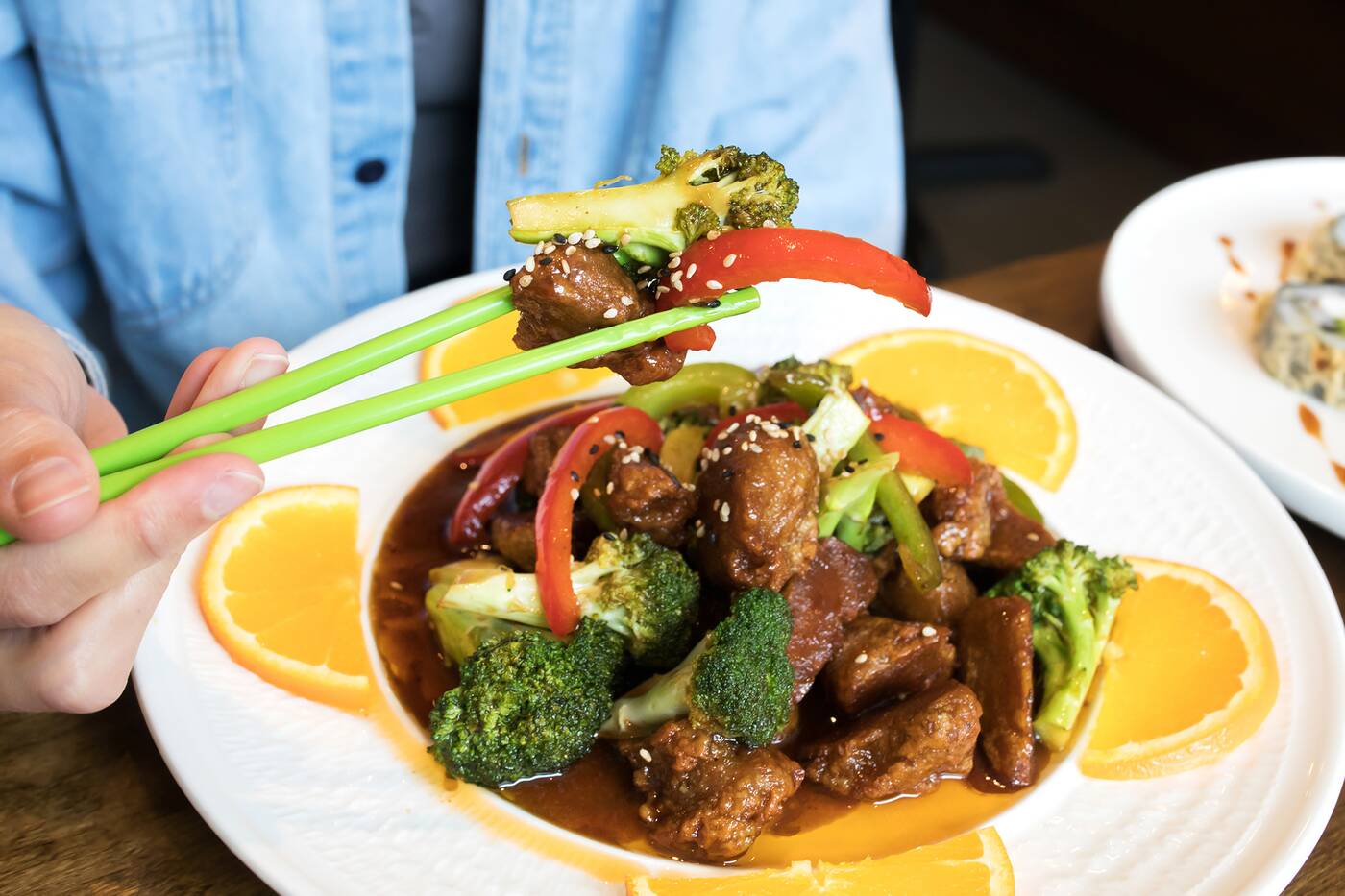 When it comes to the main dishes the General Tsao's Soy Chick'n ($15.99) is worth mentioning. The deep-fried soy pieces provide a taste and texture identical to chicken while the vinegar-based sauce is both sweet and spicy. 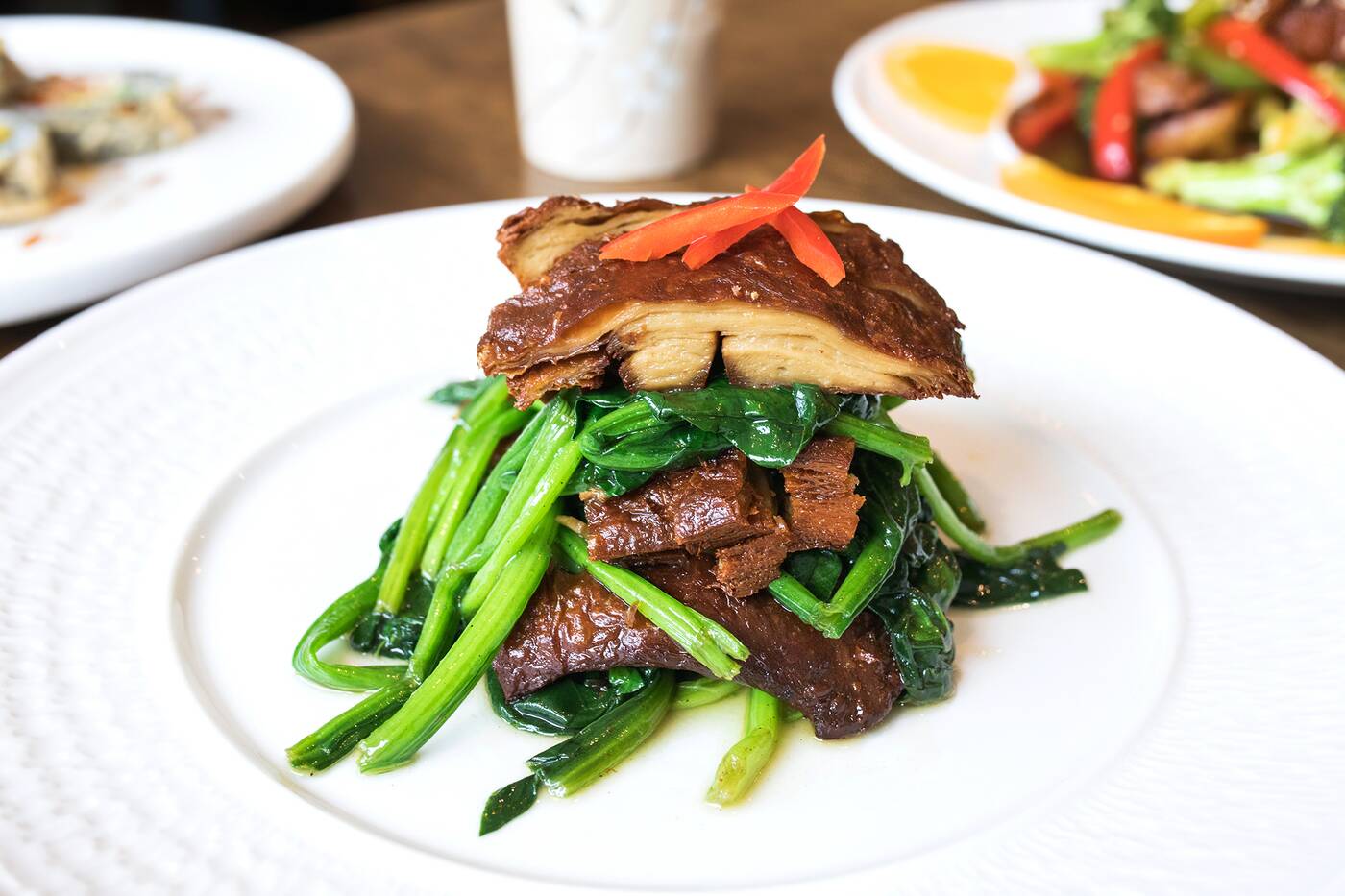 There's also a house special duck ($16.99) that's made of gluten and covered in a homemade sauce. You don't really get the strong flavours that you might be used to with duck, though this could be a good thing if you're not a fan of gamey tasting meat.

Although some of the dishes feel a bit underwhelming for the price, it's always nice to find a spot that offers an array of plant-based options that don't skimp on flavour. 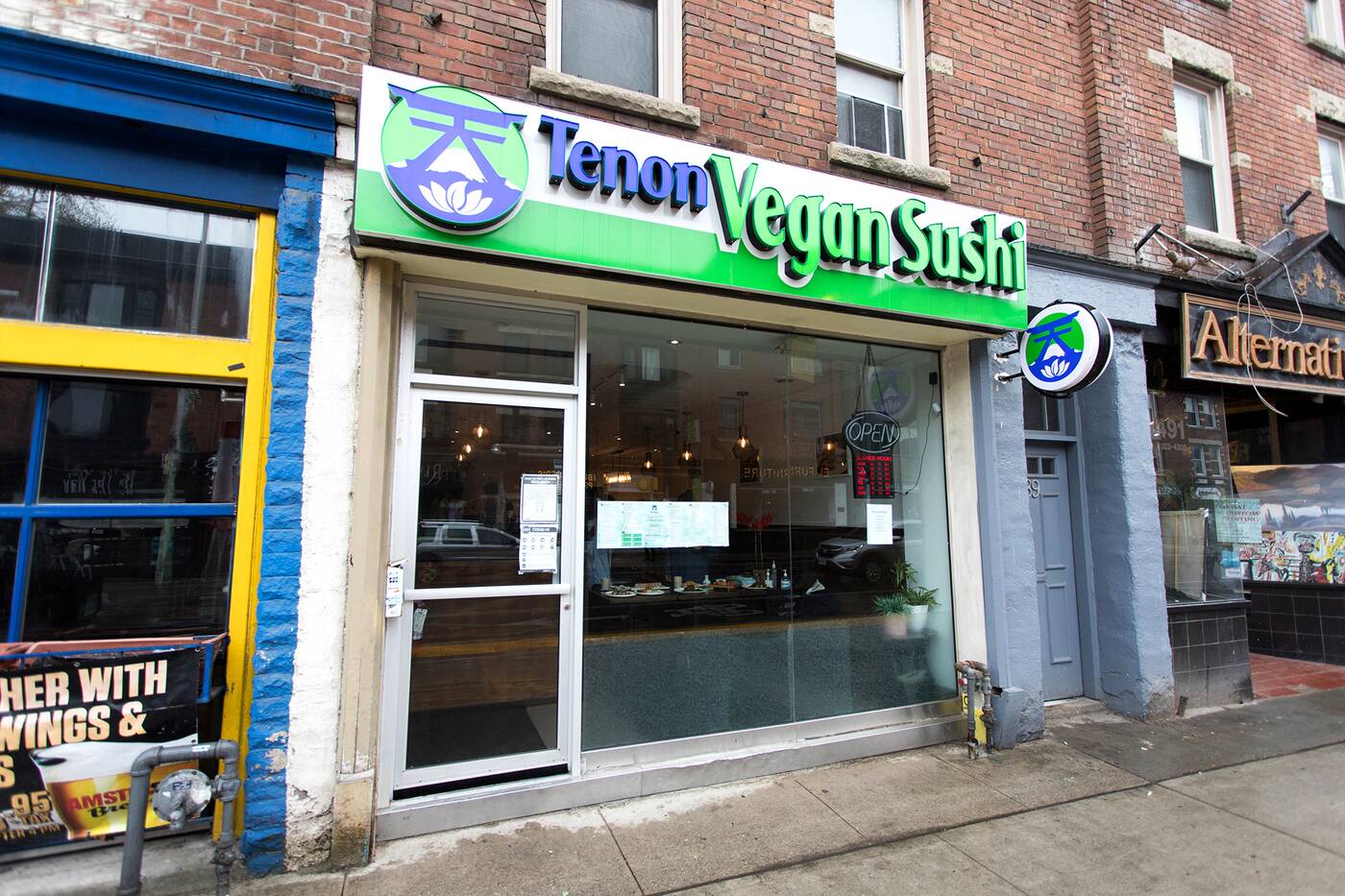