Tandoori House has a long history in North York. Opened in 1986, this small Indian restaurant has a popular lunch buffet that attracts a steady flow of Yonge and Sheppard area business clientele. Offering "the finest exotic Indian cuisine" is a pretty bold statement that few who put much stock into, but when you're served food that resembles dog chow, bold statements like this become even more annoying. 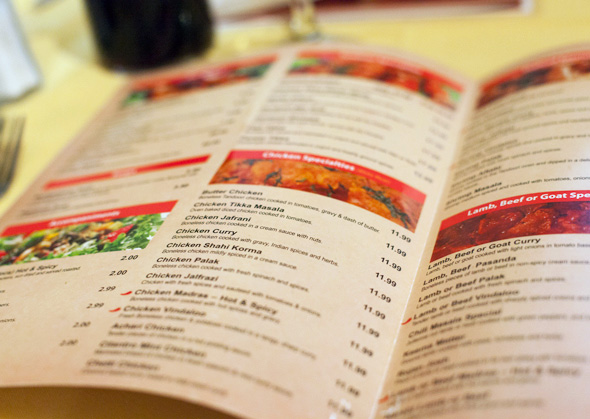 Offering house red and white by the glass or ½ litre and a few select bottled beers, the drink menu is a bit barren, but expectedly so. A few mango based juices offer a respite from the usual pop and tea choices. The room is filled with two and four top tables, most of them empty at the time of our visit. Red walls add warmth to the rather sparse décor. Silky tablecloths clash against the standard paper napkins. 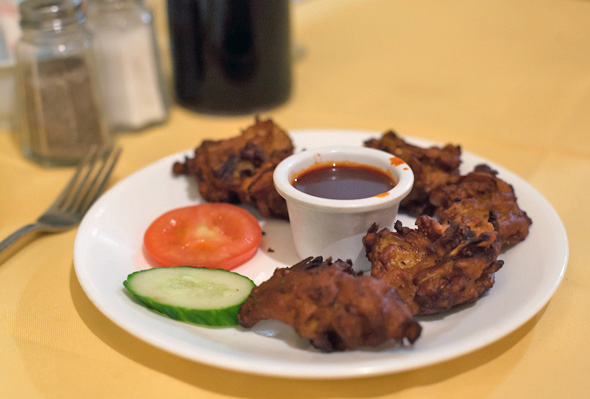 Starting out with the onion Bhajia ($4.99) seemed like a safe bet. Garnished with a tomato wedge and a cucumber slice, six of the onion filled portions were ample, but greasy as all hell. They seem to be deep fried a few times and/or in oil that isn't quite hot enough, which results in a slow pool of oil that collects on the plate. The sweet and spicy tomato sauce was a decent dipper, but only three of the Bhajias were consumed before the novelty wore off and the grease kicked in. 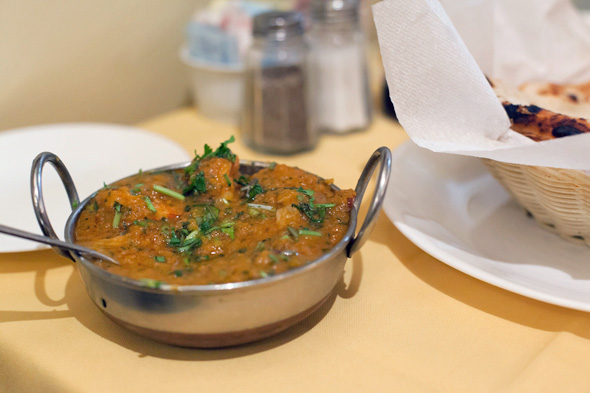 The mains took a while to arrive, especially considering there was only one other table. Goan Shrimp Curry ($14.99) and Lamb Madras ($11.99) were virtually indistinguishable from each other, until you fished around for the shrimp in the tiny steel bowl. Once found, they were overcooked and tough. The sauce was missing the characteristic tamarind spice and was generally bland. 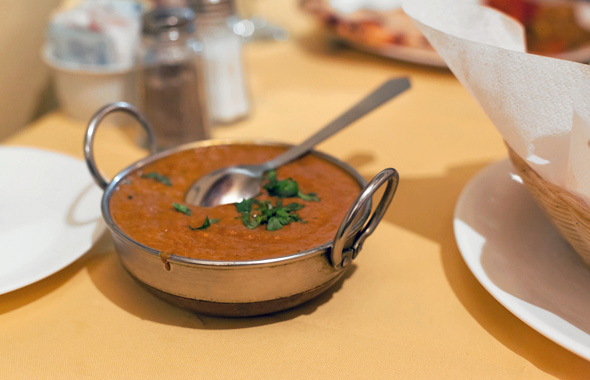 Also noticeably absent was heat in the Lamb Madras. While the lamb was tender and not boiled to oblivion (as was the case with the shrimp), the sauce was so mild it could have been Thanksgiving gravy.

The classic Chicken Tikki Masala ($11.99, lead photo) was our best dish of the night, with chunks of chicken dwarfed by the giant slabs of green and red pepper, white onion and tomatoes. Unfortunately, the onion and peppers were on the raw side, which resulted in unappealing textures. 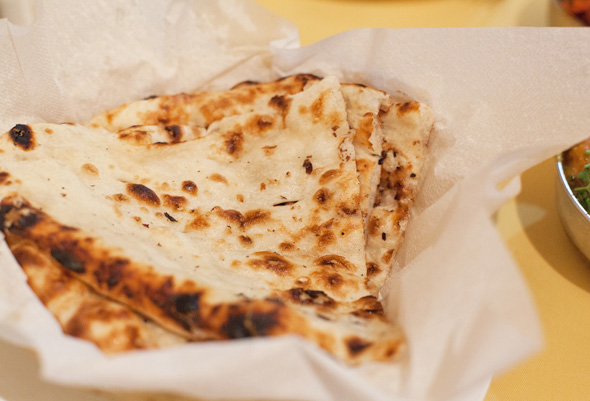 While the mains of the meal were disappointing, we stocked up on Nan ($4.50) and rice ($3.99) for carbs and calories. On the whole, the Shrimp, Lamb and Chicken seemed as though they were cooked separately then tossed into the sauce just prior to serving. When cooking a proper curry, the delicious juices that run off the meat give the dish substance and flavour.

The hollow room was vacant, save for one family sitting adjacent to us who were equally as disappointed, sending back cold food not once, but twice during the course of their meal. I guess I should be happy that our plates were at least the right temperature. 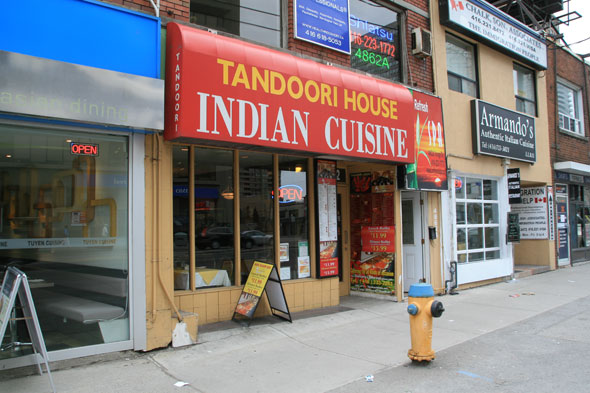