Tadka is currently open but their offerings and services may be affected due to the pandemic. Please contact the business directly for more information about any changes. Is this your business? Please contact us if you would like to update this message.

Tadka is an Indian restaurant offering a menu of classics and Nepalese momos fresh out of the tandoori oven.

Re-opening after six years in Parkdale, the restaurant sits on a fairly quiet strip of The Queensway, just a few minutes away from the more bustling intersection of Royal York Road. 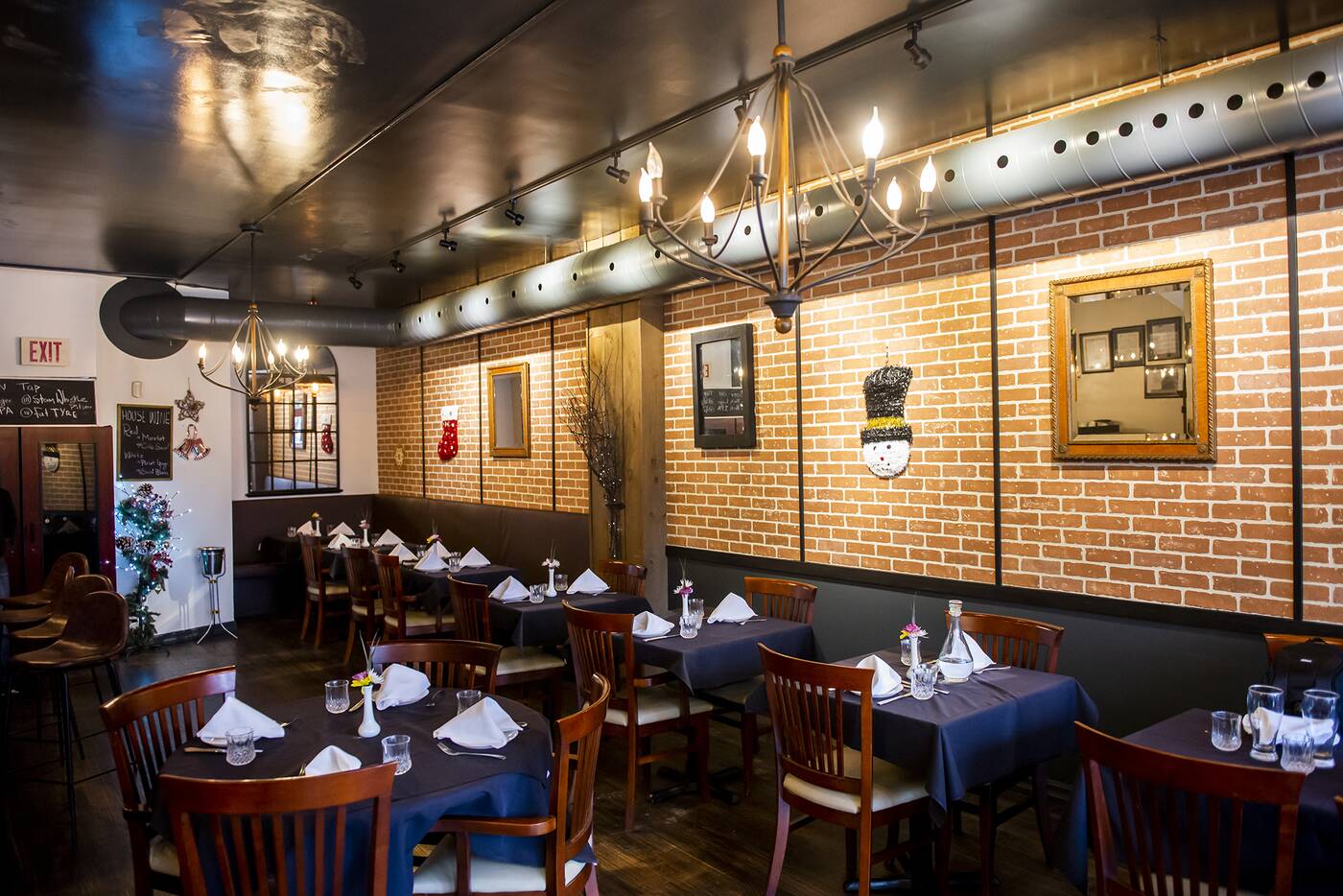 It's a low-key spot that's pretty popular for delivery, with a homey feel and Indian songs on loop. 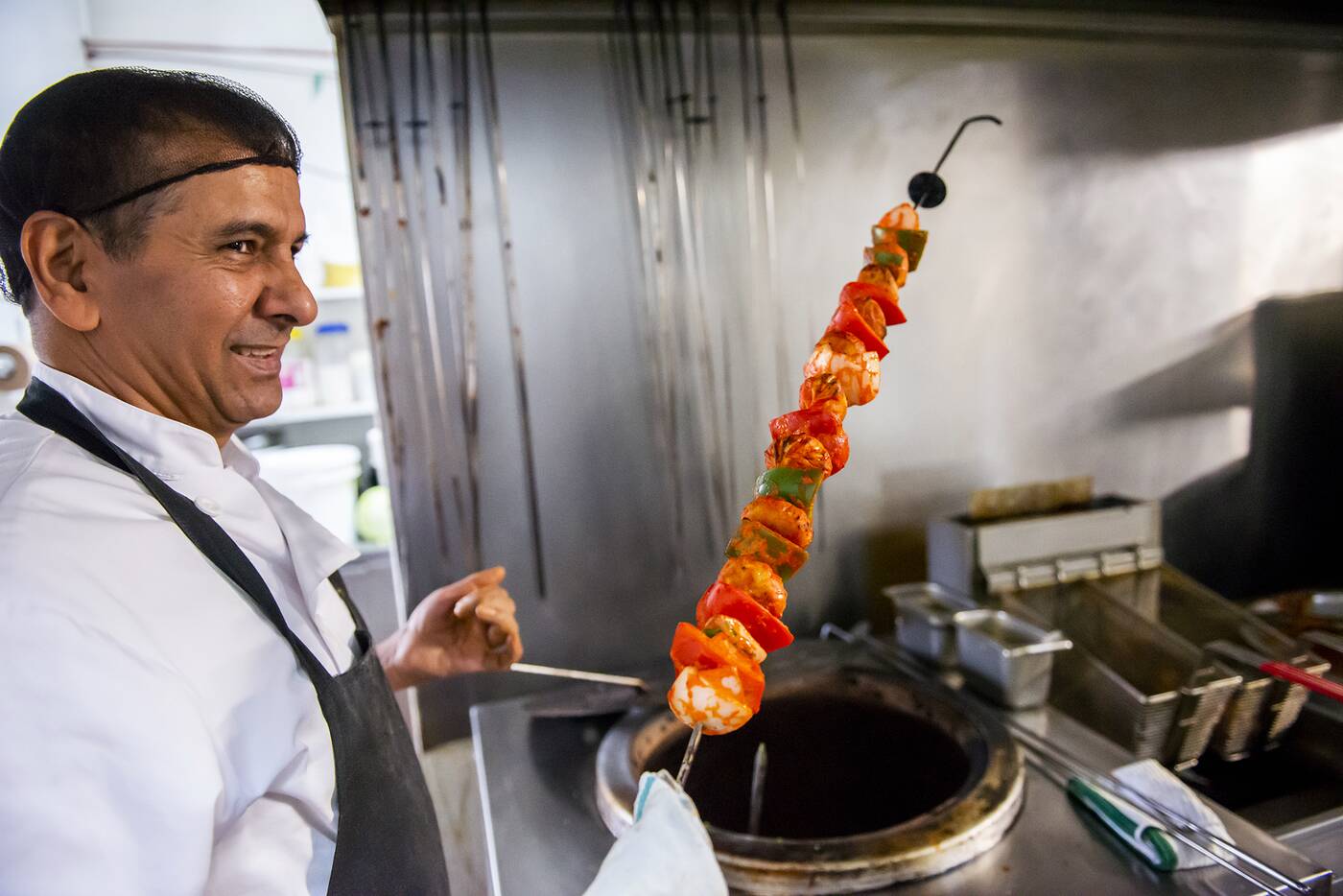 The menu here essentially spans the entirety of India, like curries from North India or richer, coconut-based dishes from the south, but brothers Samir Giri and Rahu Sharma are from Nepal, hence the momos. 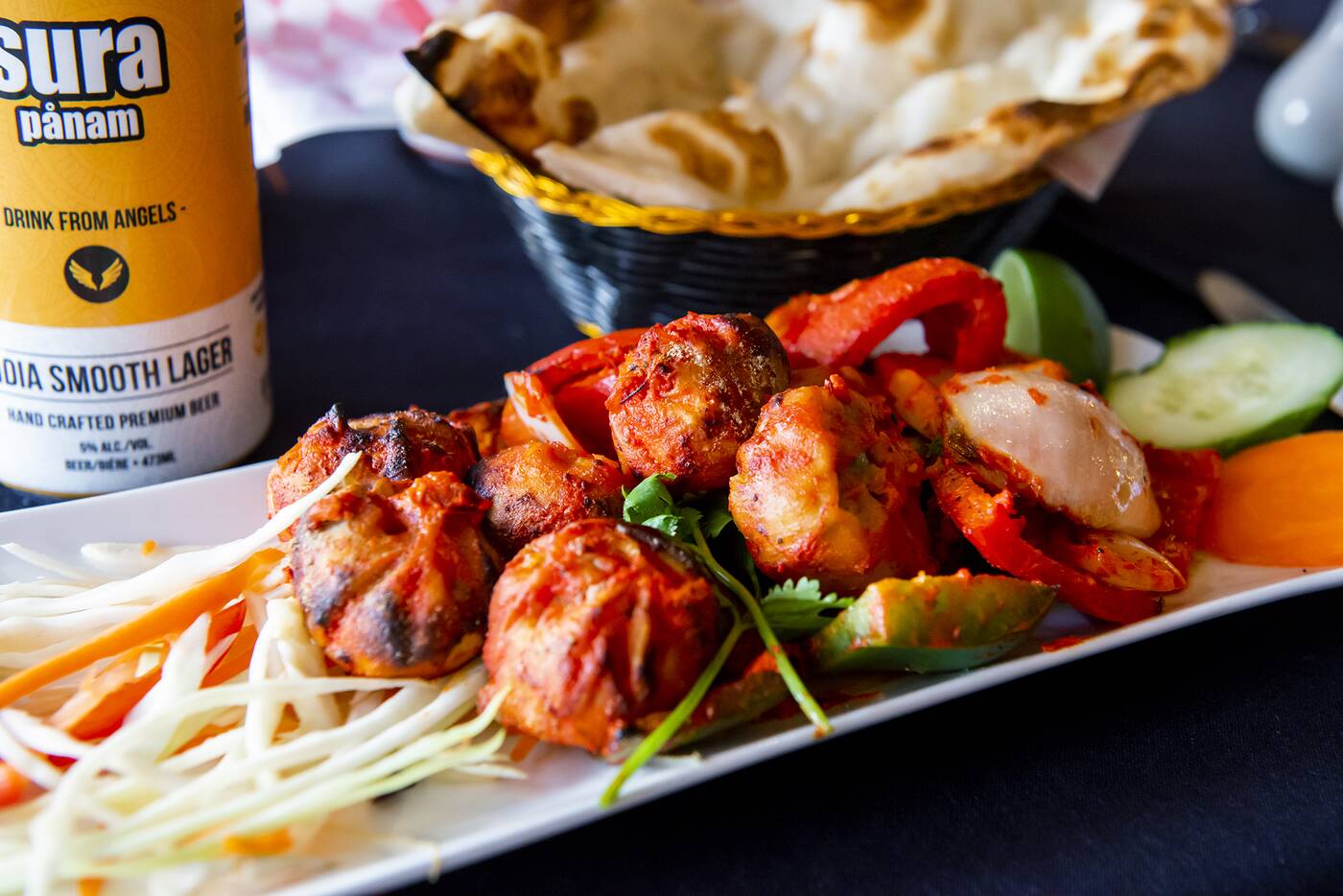 Here, these dumplings more often affiliated with Tibetan cuisine are cooked in the tandoor oven and coated in a slightly spicy tandoori sauce. 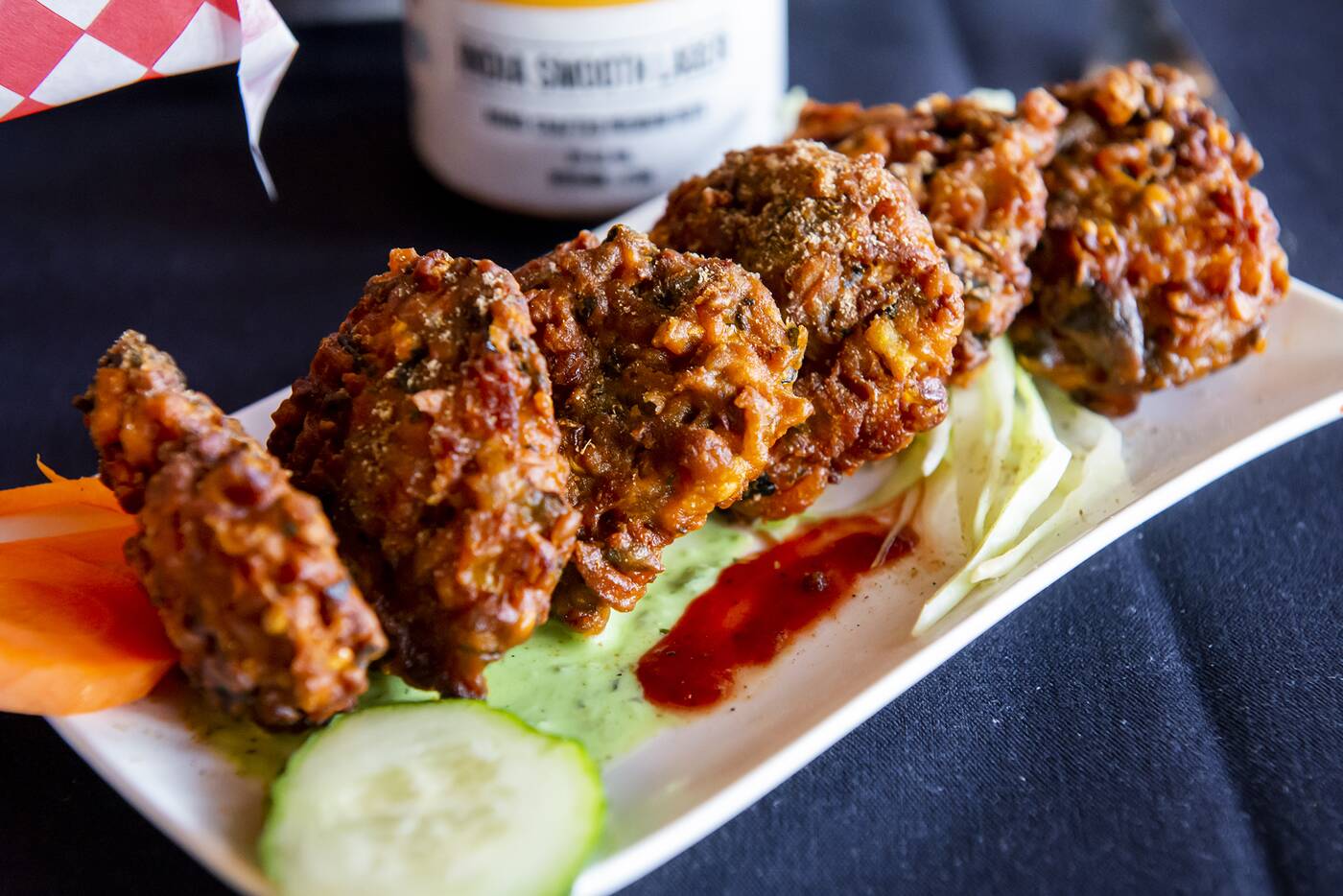 You can't go wrong with veggie pakoras ($4.99), served with some tamarind chutney. 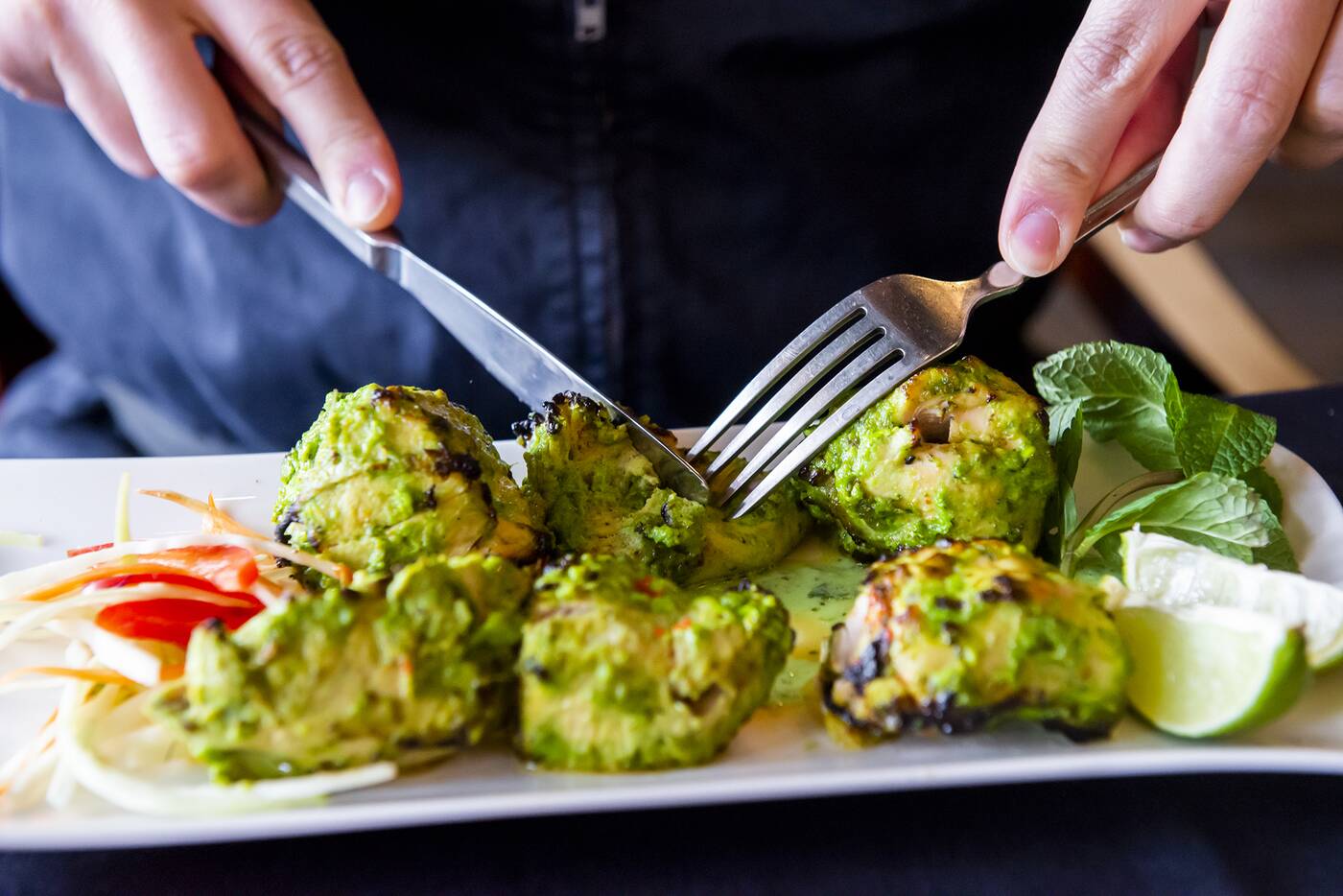 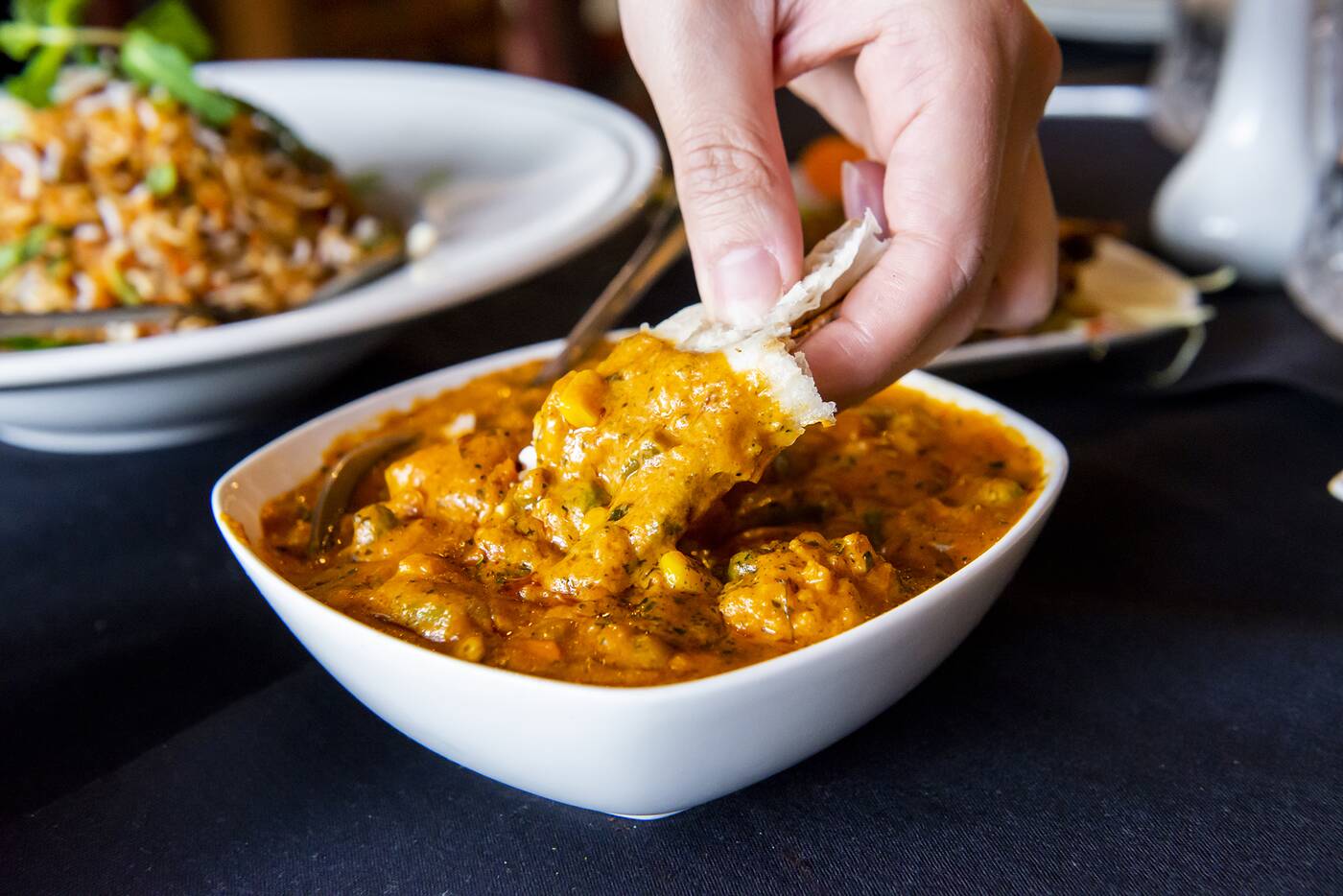 Korma is one of my favourite mild dishes, and the navratan korma ($12.99) is a mix of nine different veggies ("navratan" translates to "nine-gem") with this cashew-based cream sauce. 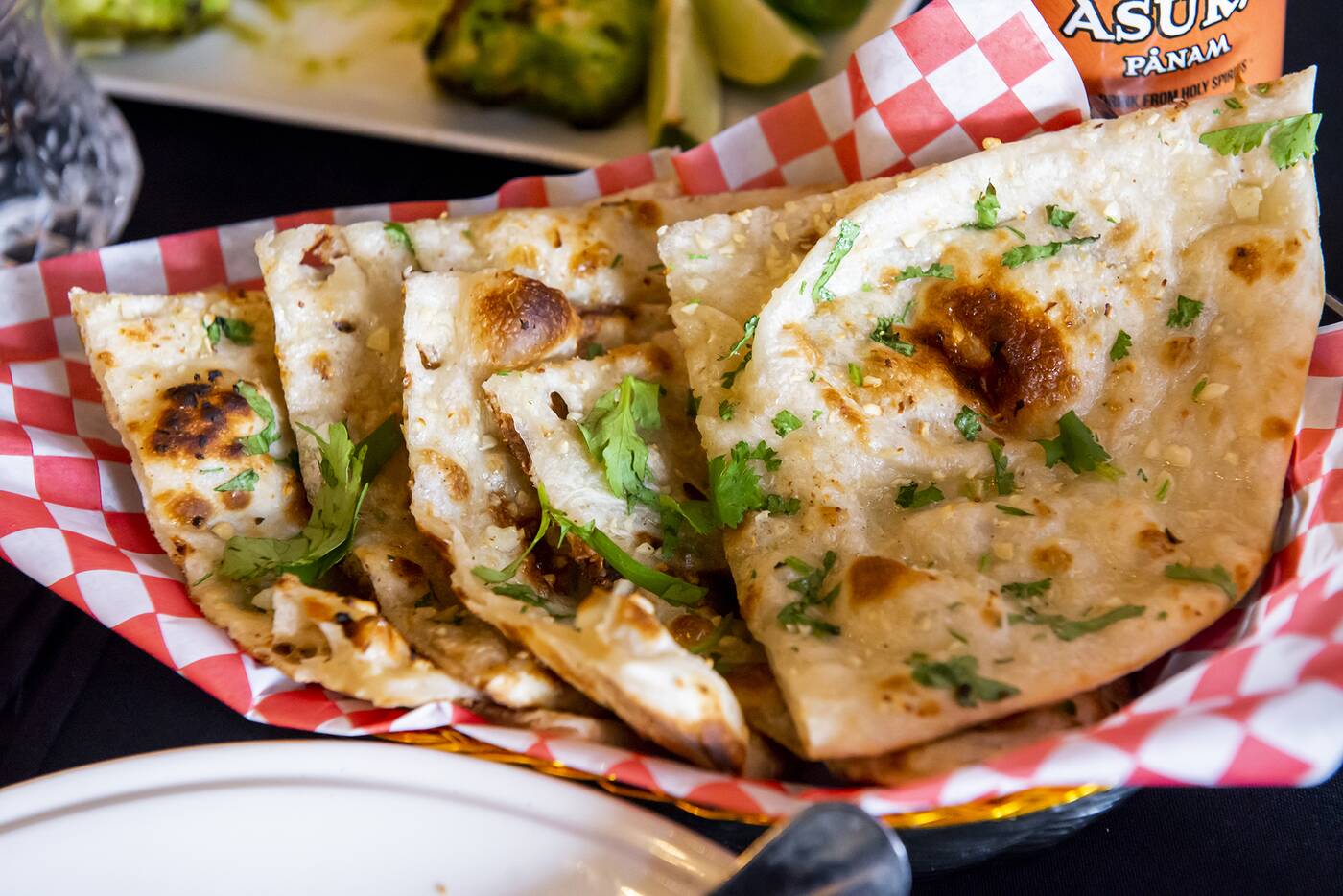 Definitely get it with a portion of plain or garlicky naan. 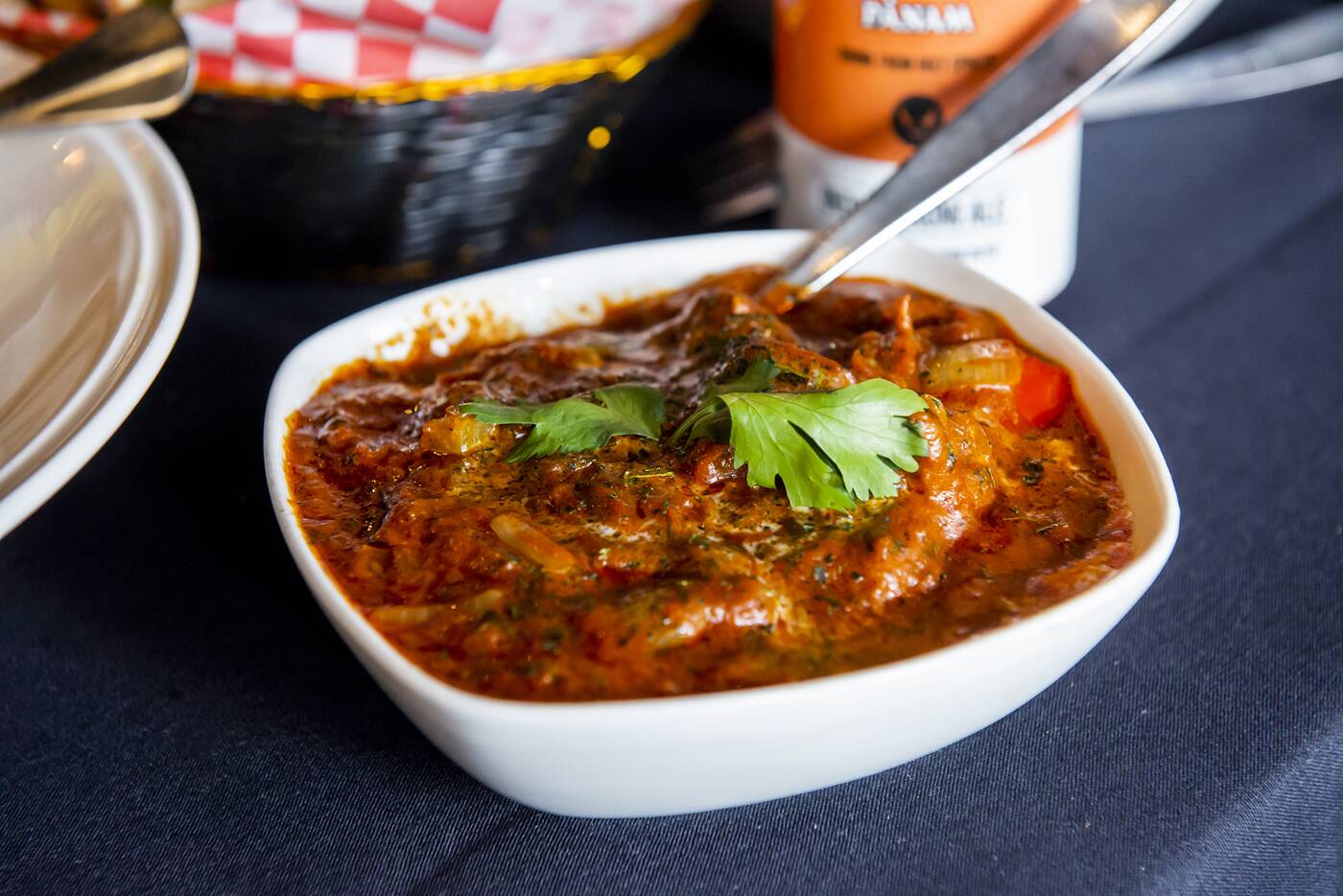 Goat vindaloo ($13.99) is a spicy and tangy sauce with potatoes. 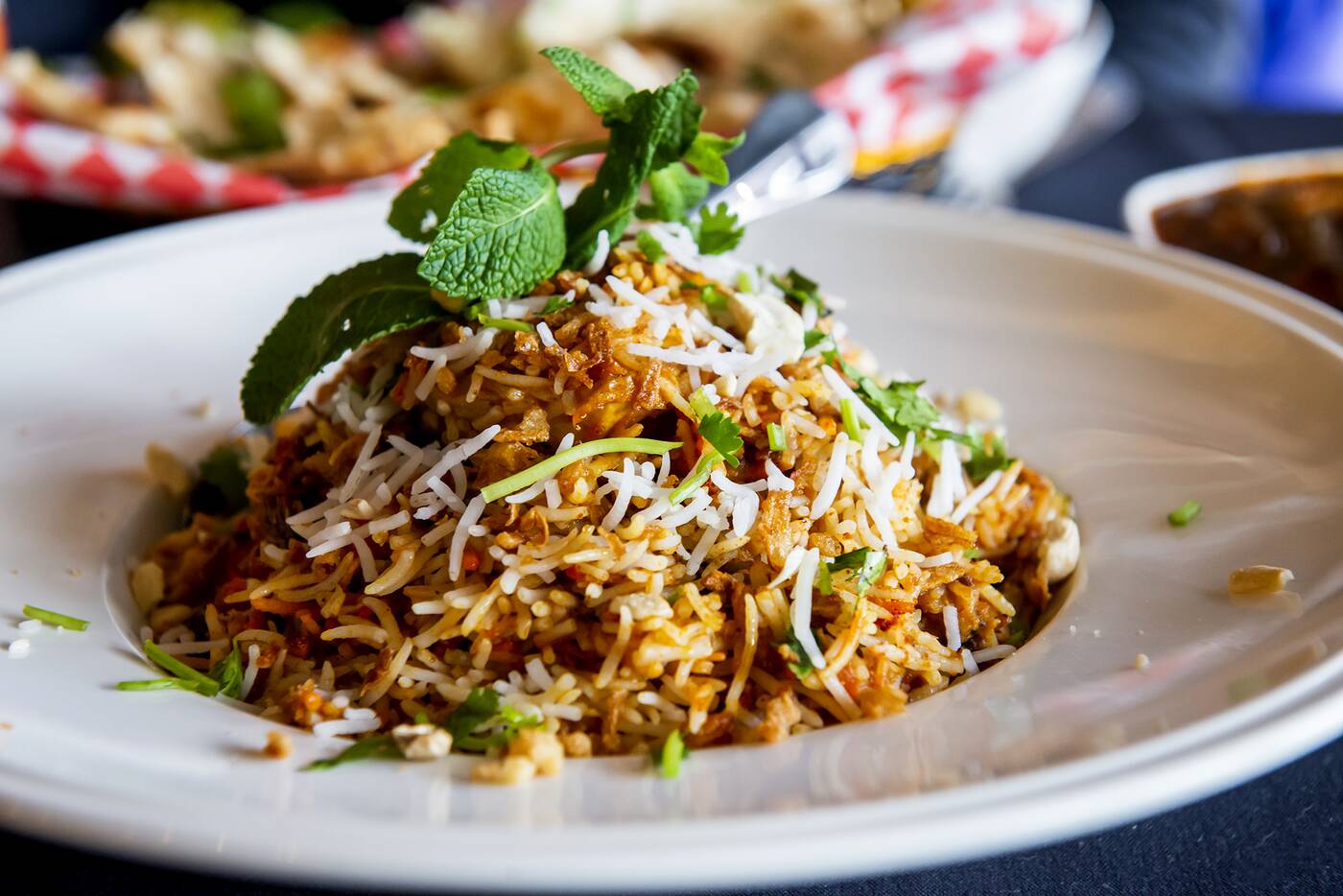 Chicken biryani doesn't have as much kick as I thought (you can customize the heat level). The crispy onions adds is unexpected but adds some serious texture to the dish. 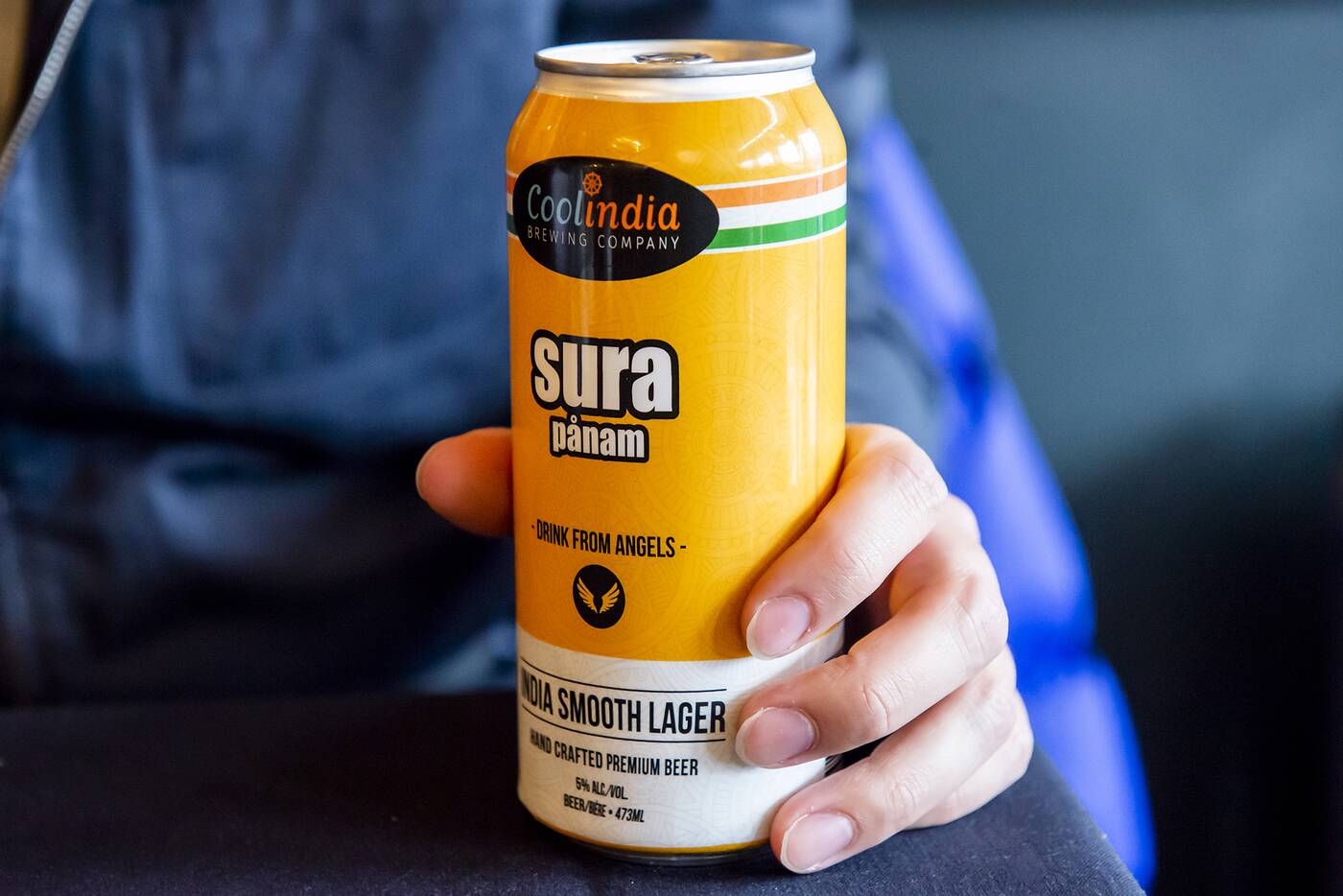 You can wash it down with some canned beers from Coolindia Brewing Company, which are brewed in London, Ontario, and has a pretty cool backstory in terms of decolonizing Indian beer. 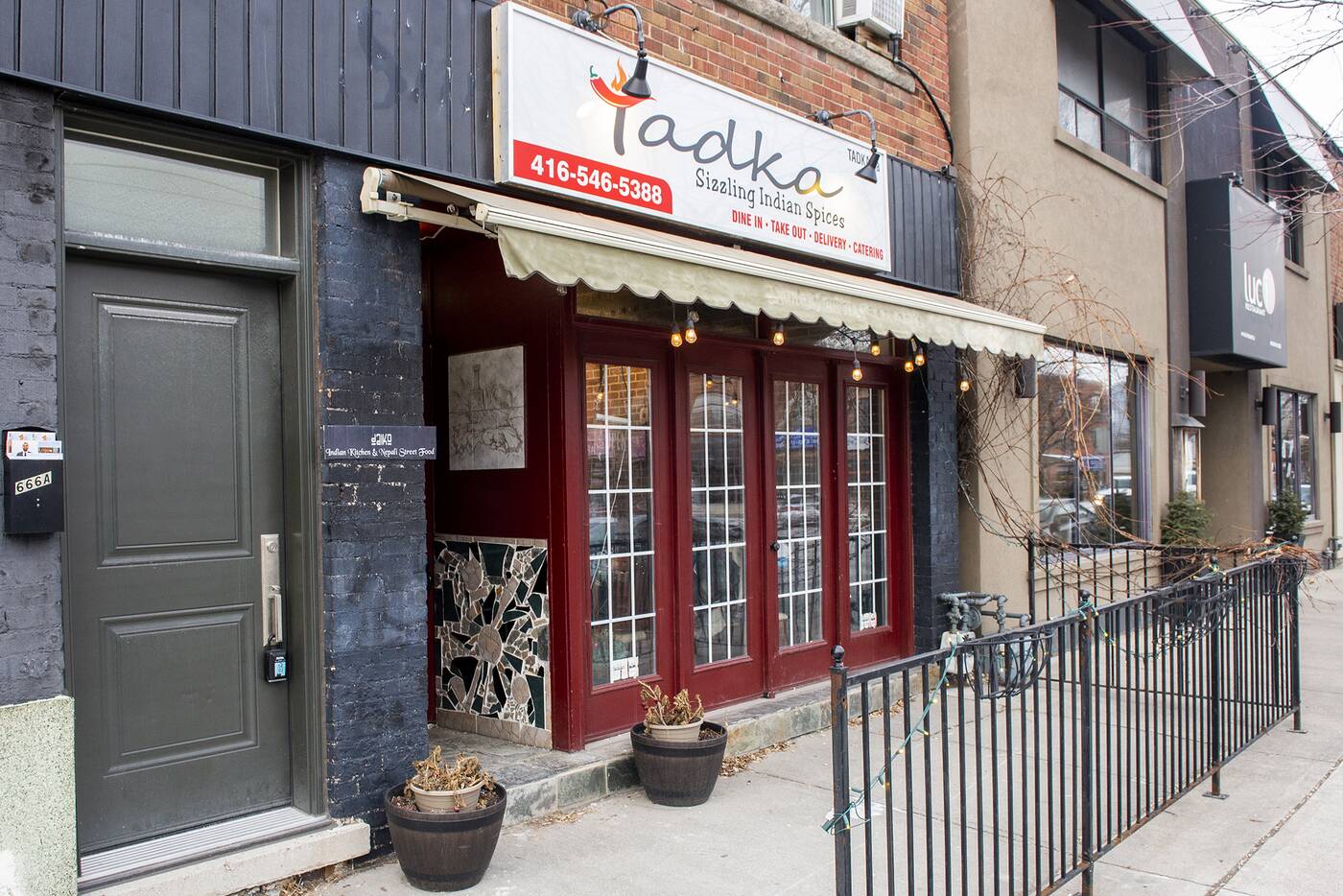