Sweet Olenka's started with its chocolate, but it has since become famous for its summertime ice cream. Right on Lakeshore Boulevard West in Etobicoke , Ray and Olenka are the 'mom and pop' pair running this community hub, churning out favourites such as their "wasabi Buddha" truffles and dark chocolate ginger ice cream. 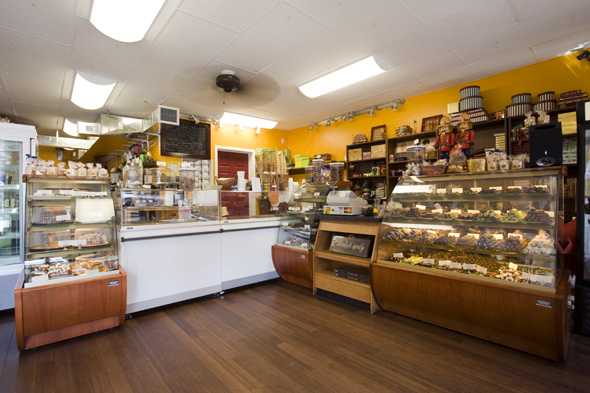 The shop started in a tiny "hole in the wall space," says Ray, "just over a few doors on Lakeshore."

"It was about 100 square feet," he continues, "with a little submarine lower-level kitchen." Sweet Olenka's, unsurprisingly, grew out of that space, and opened in this larger location about two years ago. 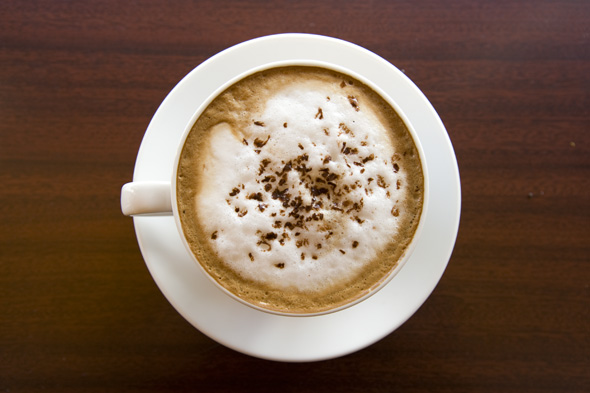 The couple brought with them Olenka's European chocolate know-how, handed down from her grandfather who worked as a chocolatier in Ukraine. The shop now boasts chocolate in all of its many, glorious forms; from bars, to truffles, to cake and ice cream. The bars include everything from blueberry to cherry, arranged alongside bags of chocolate-covered fruits and nuts. 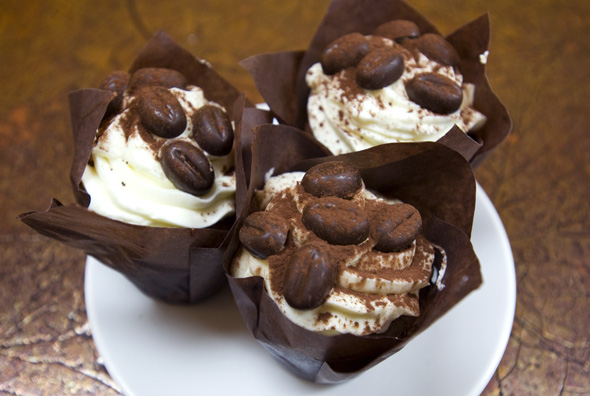 Then, there are the truffles. "Olenka has gotten into using all sorts of molds," Ray says, pointing out the pear-shaped pear caramels ($1.50) and coffee-mug espresso truffles ($1.50). Some of the more unusual options include the aforementioned wasabi Buddha (shaped like a Buddha) ($1.00), pineapple truffles ($1.00), and the "Chocolate Fig Bomb" ($2.50) consisting of a ganache-filled fig covered with chocolate. 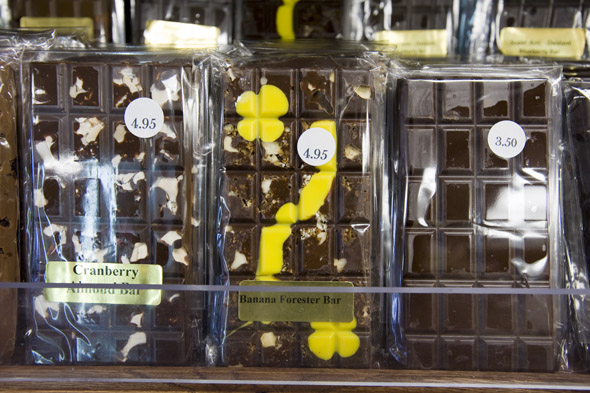 While in the early Sweet Olenka's days it was all about the chocolate, Ray and Olenka started noticing a bit of a downturn during the summer months. So without any professional training (though Ray did end up taking a course later on), the couple decided to create their own ice creams using good old-fashioned trial and error. 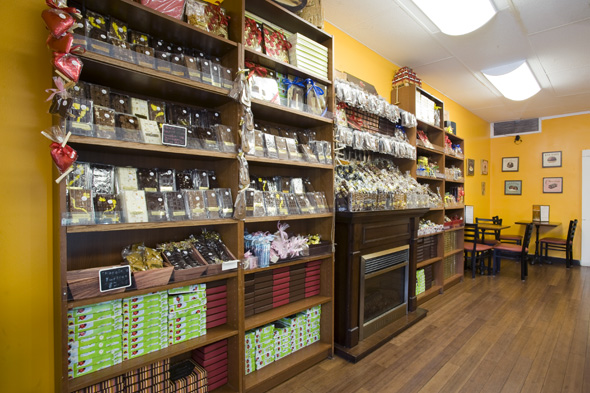 Four main ingredients go into their ice cream, Ray says; milk, cream, sugar, and a milk protein base. "We make all of our mixes from scratch, we pasteurize it ourselves, and we make batches 10 litres at a time. The shop uses mostly seasonal fruits and only natural ingredients to flavour its ice creams, a collection that includes flavours such as Red Velvet, Guava, and Maple Walnut. 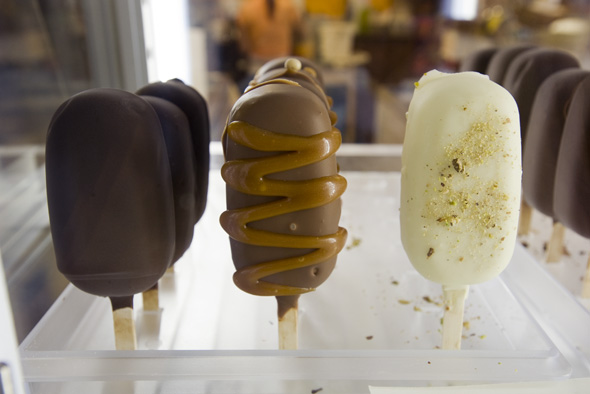 Tempted to go for a scoop ($2.95) of one of Sweet Olenka's homemade waffle cones, I'm instead swayed by the lineup of ice cream bars ($3.50), which combine Olenka's ice creams with a chocolate coating (house-made, of course). Debating between the crème brûlée and the almond bars, I opt for the latter and am glad I did. The chocolate coating stays together better than your average commercial bar, bending more than cracking with every new bite.

Tempered and creamy, the chocolate is the perfect complement to the almond ice cream, which has a subtle almond flavour and a smooth consistency. But alas, the heat takes over my battle between my ice cream bar and time, leaving the last remnants of my ice cream dripping on the concrete. 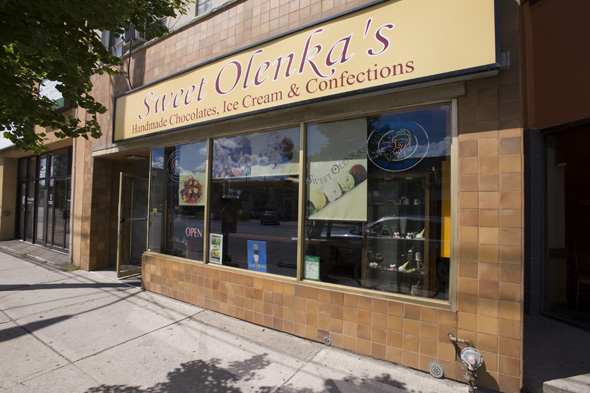 Sweet Olenka's has also recently started to expand its spread of baked goods, offering (chocolate-rich) cakes, cupcakes, and more, along with coffee from Birds and Beans . And for all of those Arrested Development fans (or not) west of Royal York, Sweet Olenka's makes a frozen chocolate-dipped banana too.