Sukoi is a small dessert counter specializing in one thing: Japanese taiyaki.

Using the traditional koi-shaped baked treats as a base for their offerings, Sukoi’s menu only has two items, both of which are hard, if not impossible, to find elsewhere in the city. 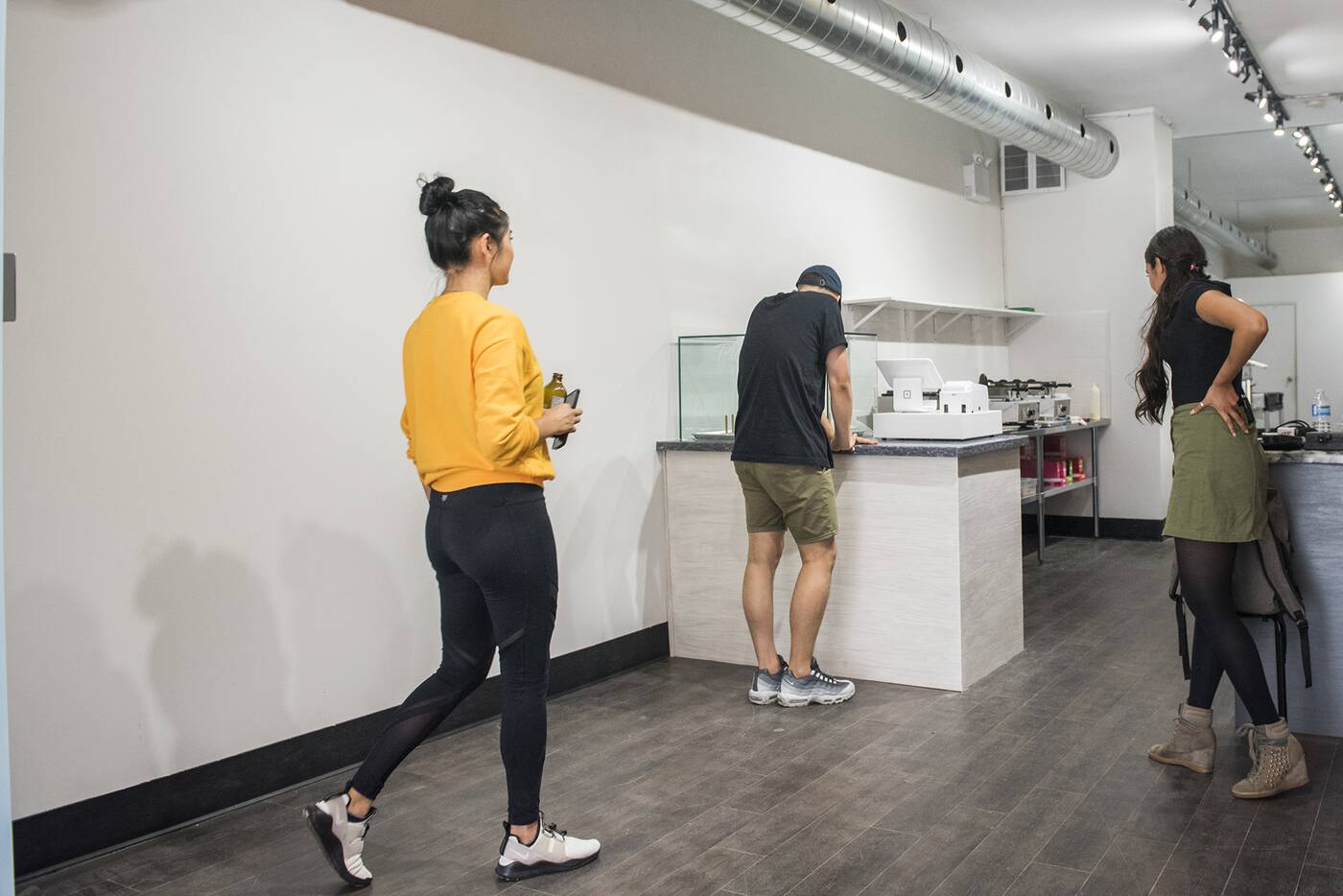 Owner Yvonne Wang is a self-proclaimed taiyaki aficionado, having tried the little cakes all over Asia and the U.S. 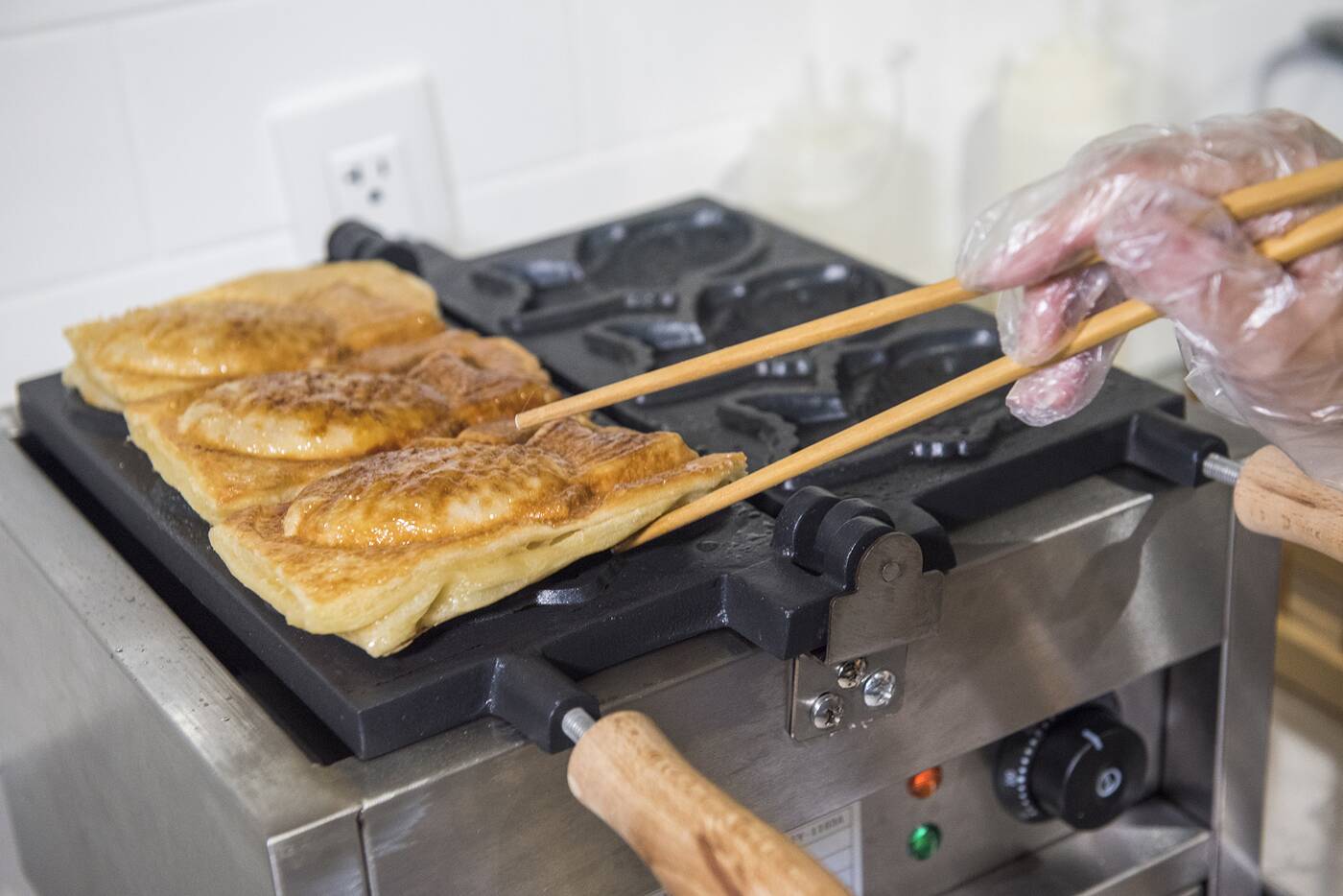 Bringing the tradition to Toronto, Sukoi, — which combines the Japanese word 'sugoi', which means amazing, with koi — is the first store to offer soft serve ice cream in taiyaki-shaped cones for $7.50 each. 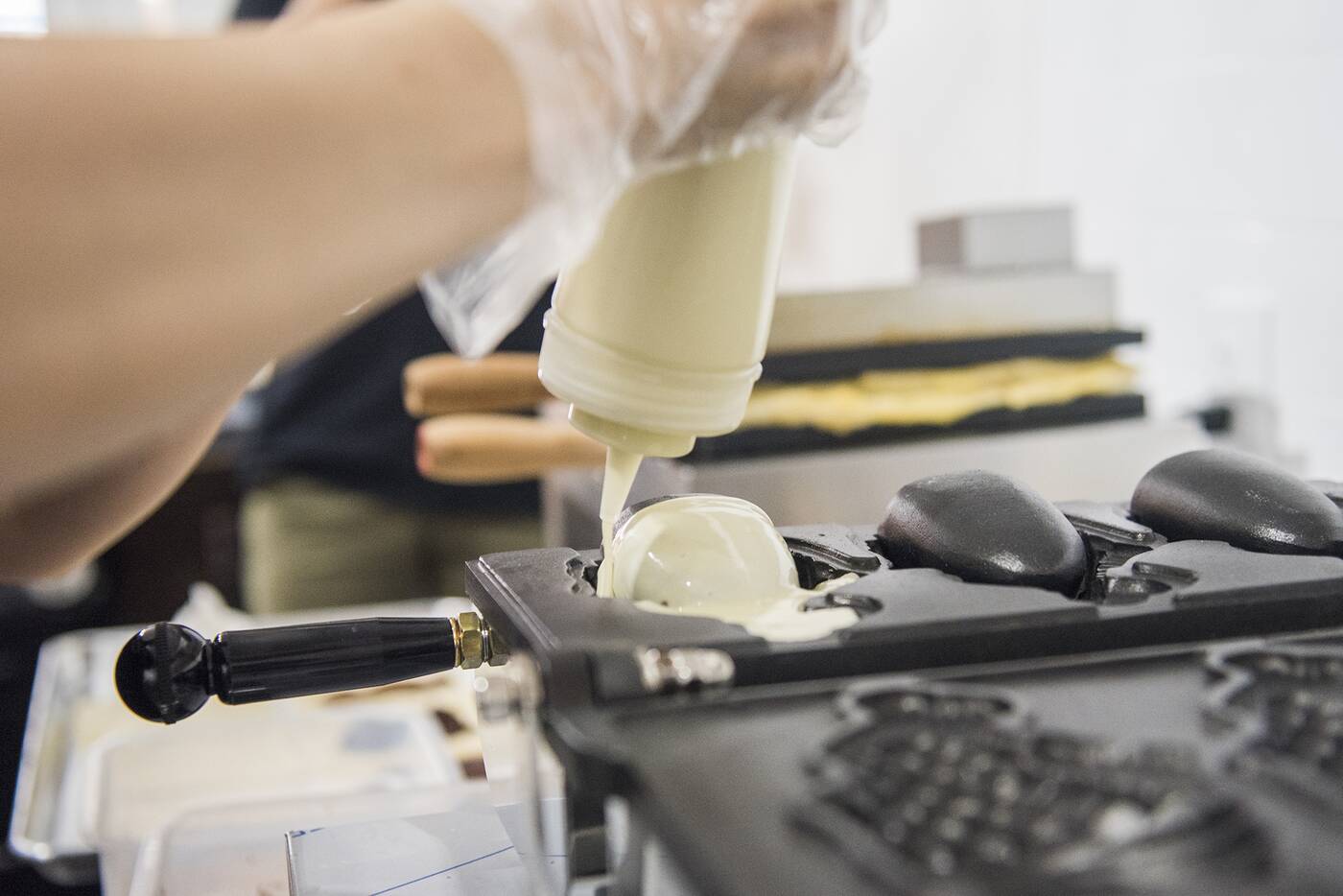 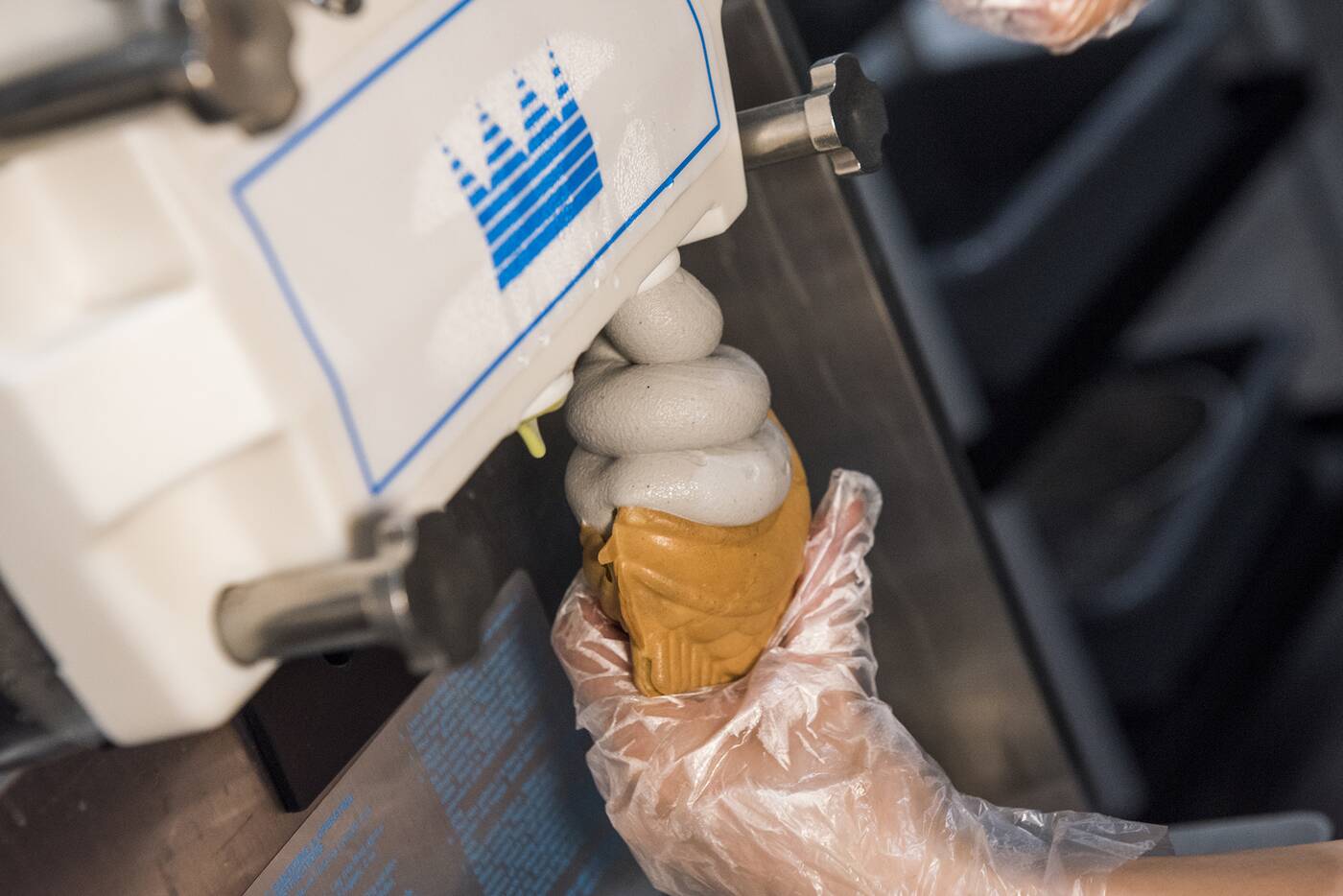 They're then filled with either matcha or black sesame ice cream, and your choice of fillings (red bean, Nutella, or custard). 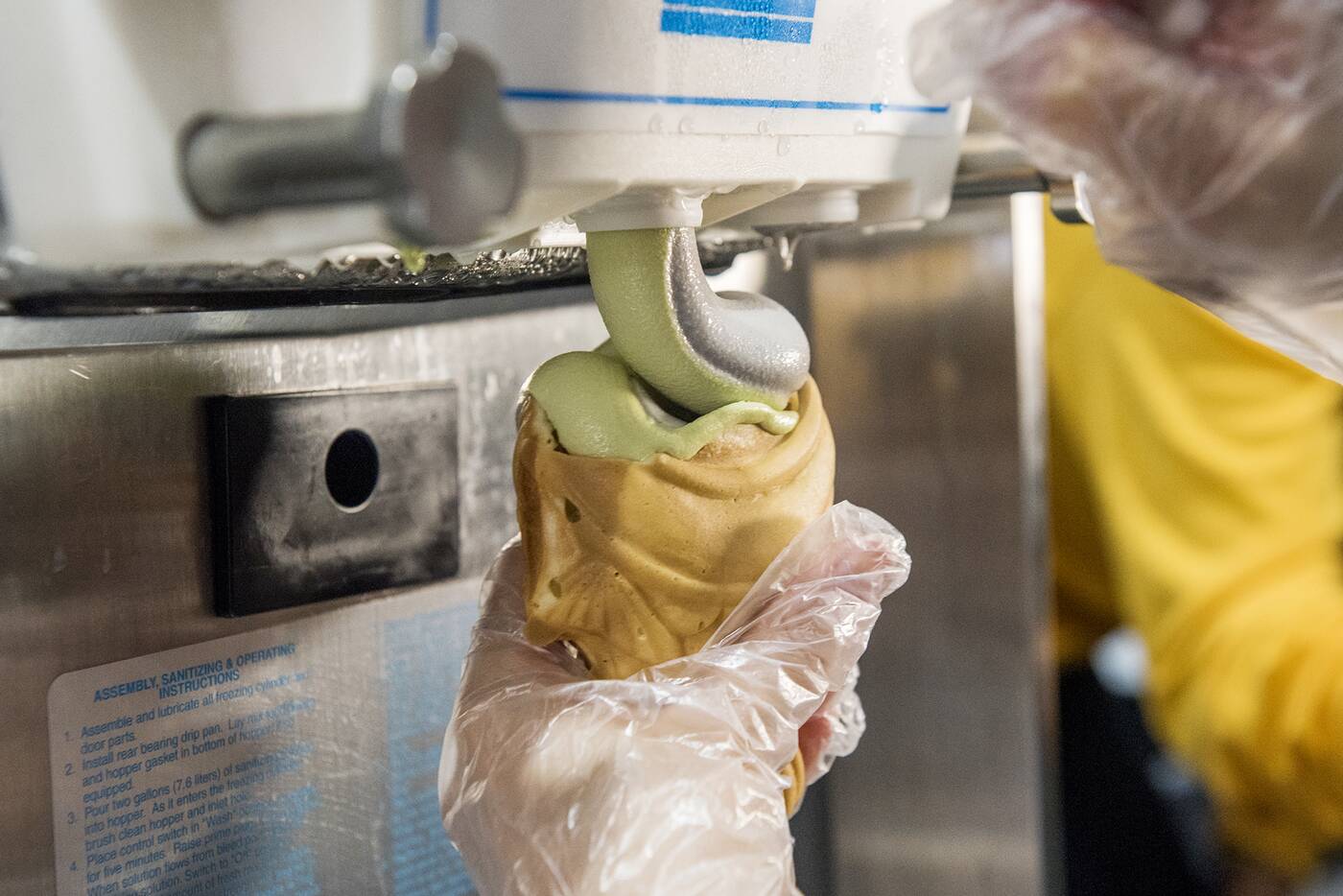 There’s also an option to get a swirly of both. 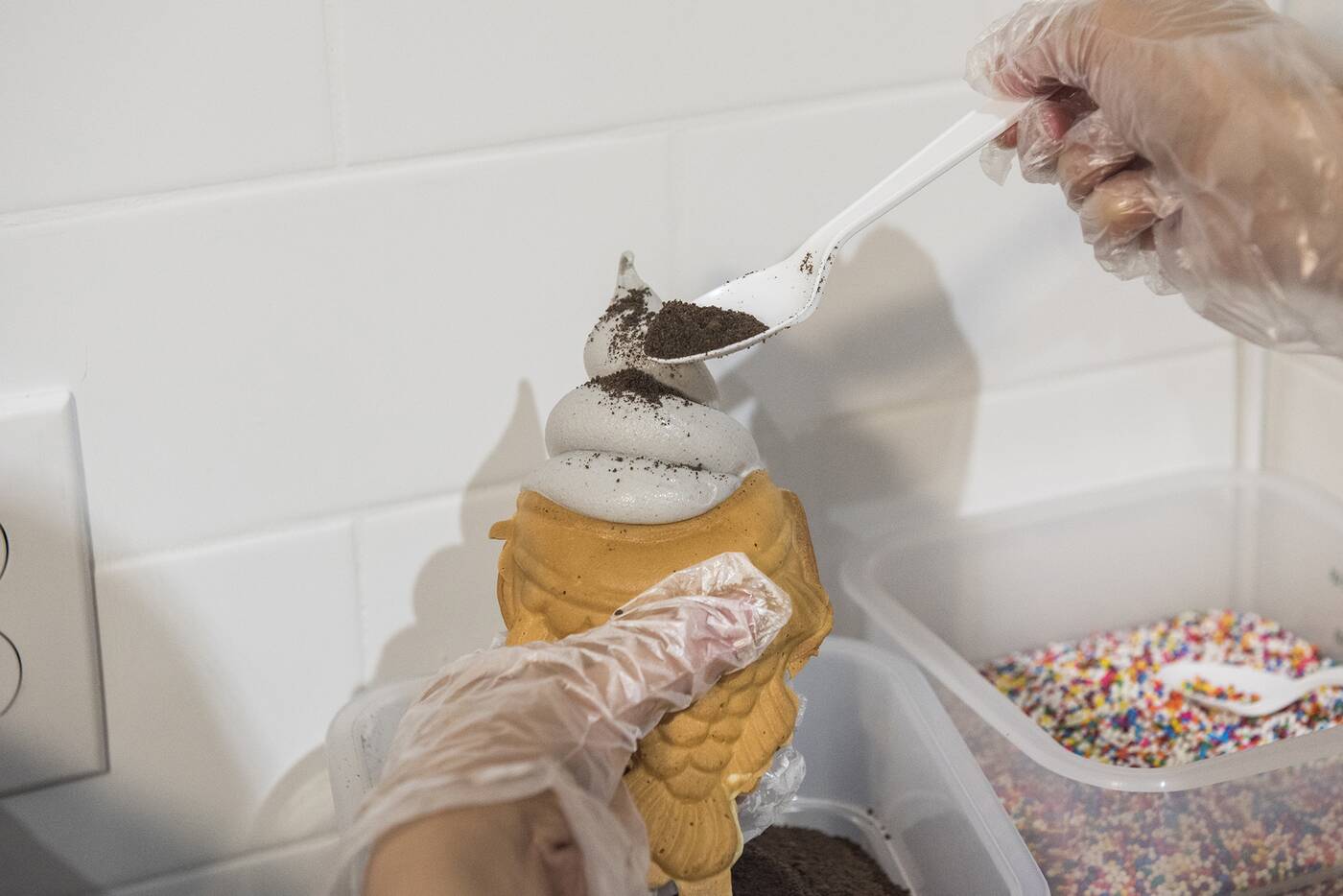 Following that, there’s the option to top off your dessert with Oreo cookie crumbs, graham crackers, sprinkles, and a stick of Pocky which comes in green tea-, chocolate- or strawberry-dipped — all free of charge. 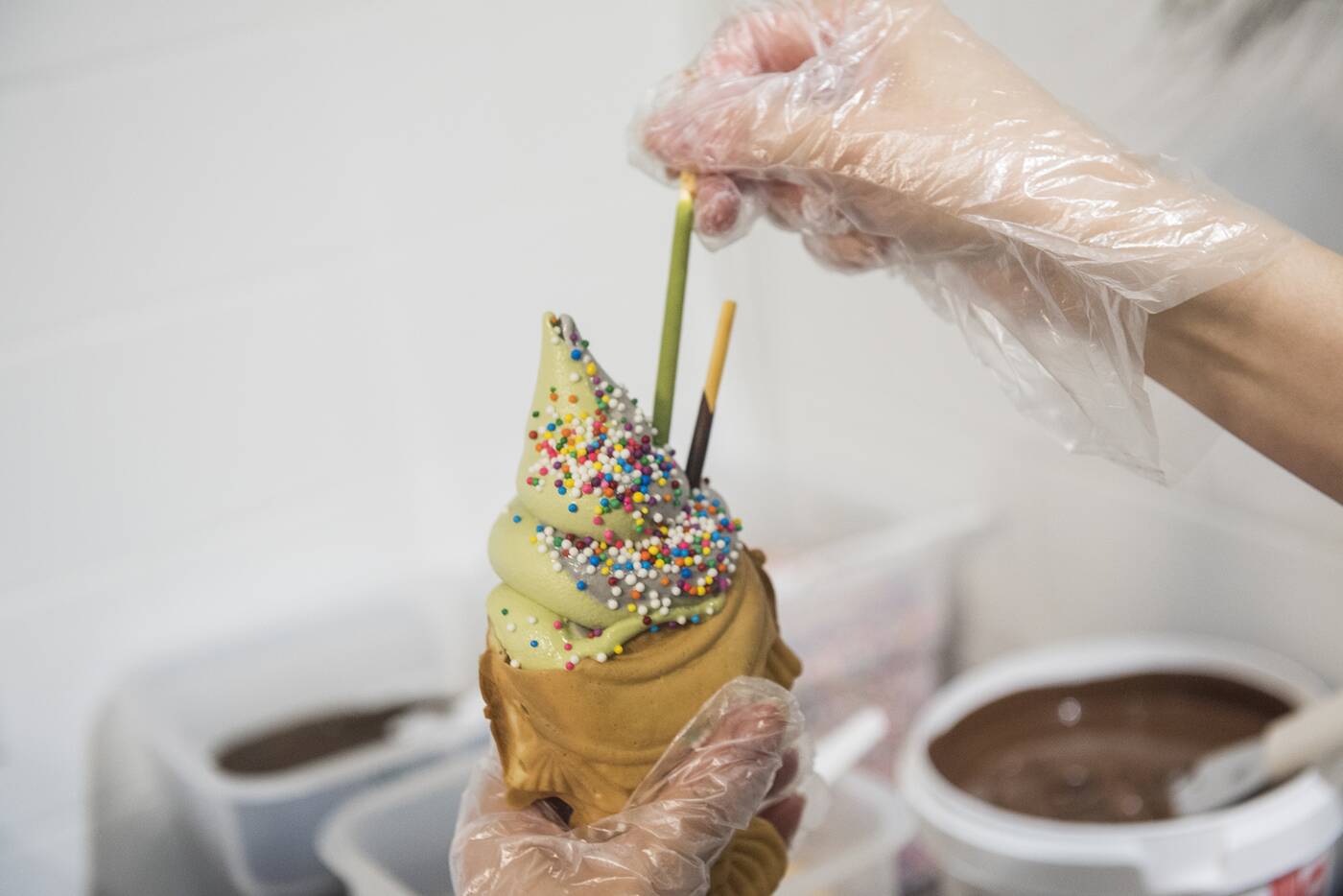 Aside from how it looks, this is an outstanding dessert. 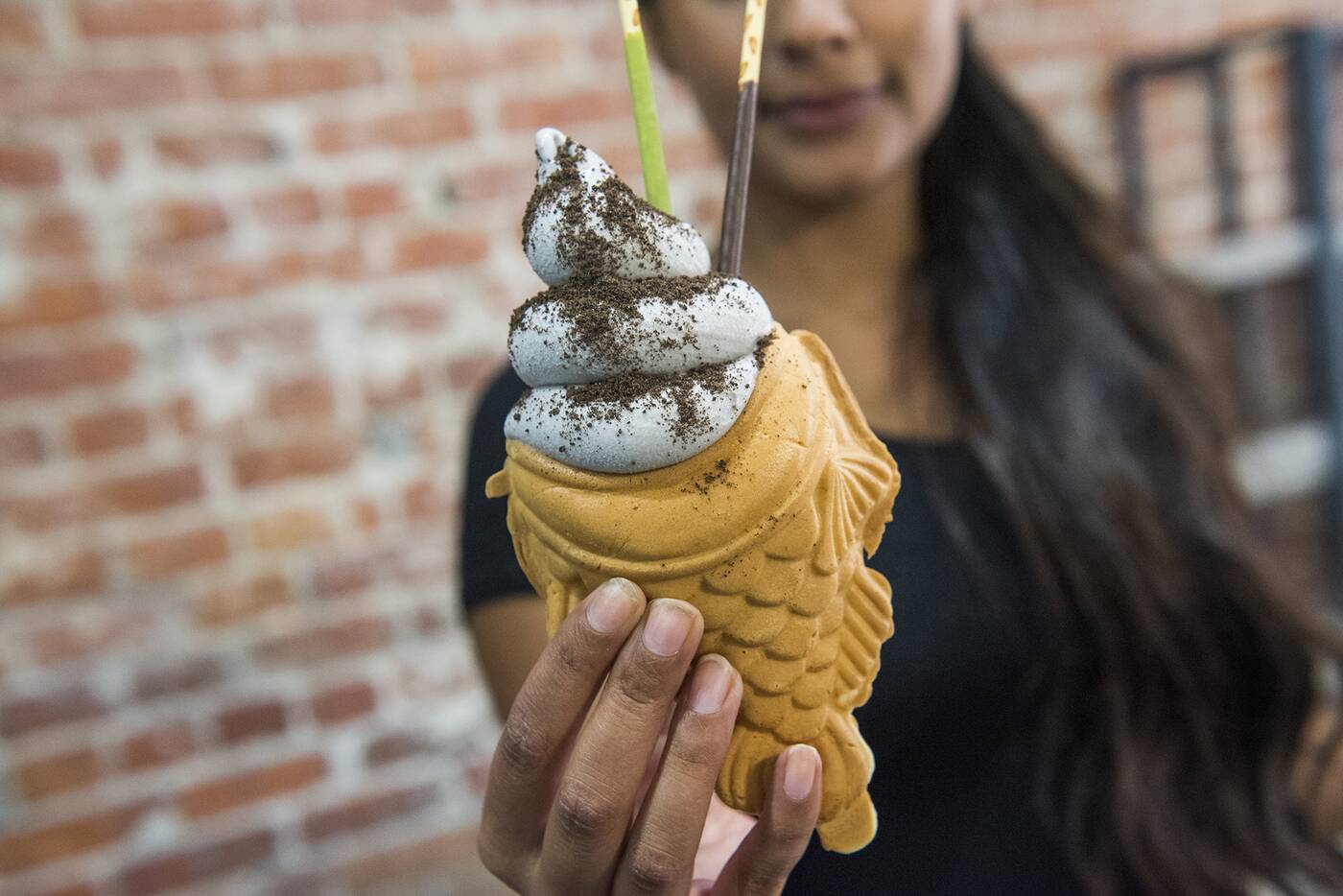 Ice cream flavours are a lot more muted than other Asian-inspired soft serves, but it works well with the fluffy, flavourful cones, which are just thick enough to prevent drippy ice cream from running through. 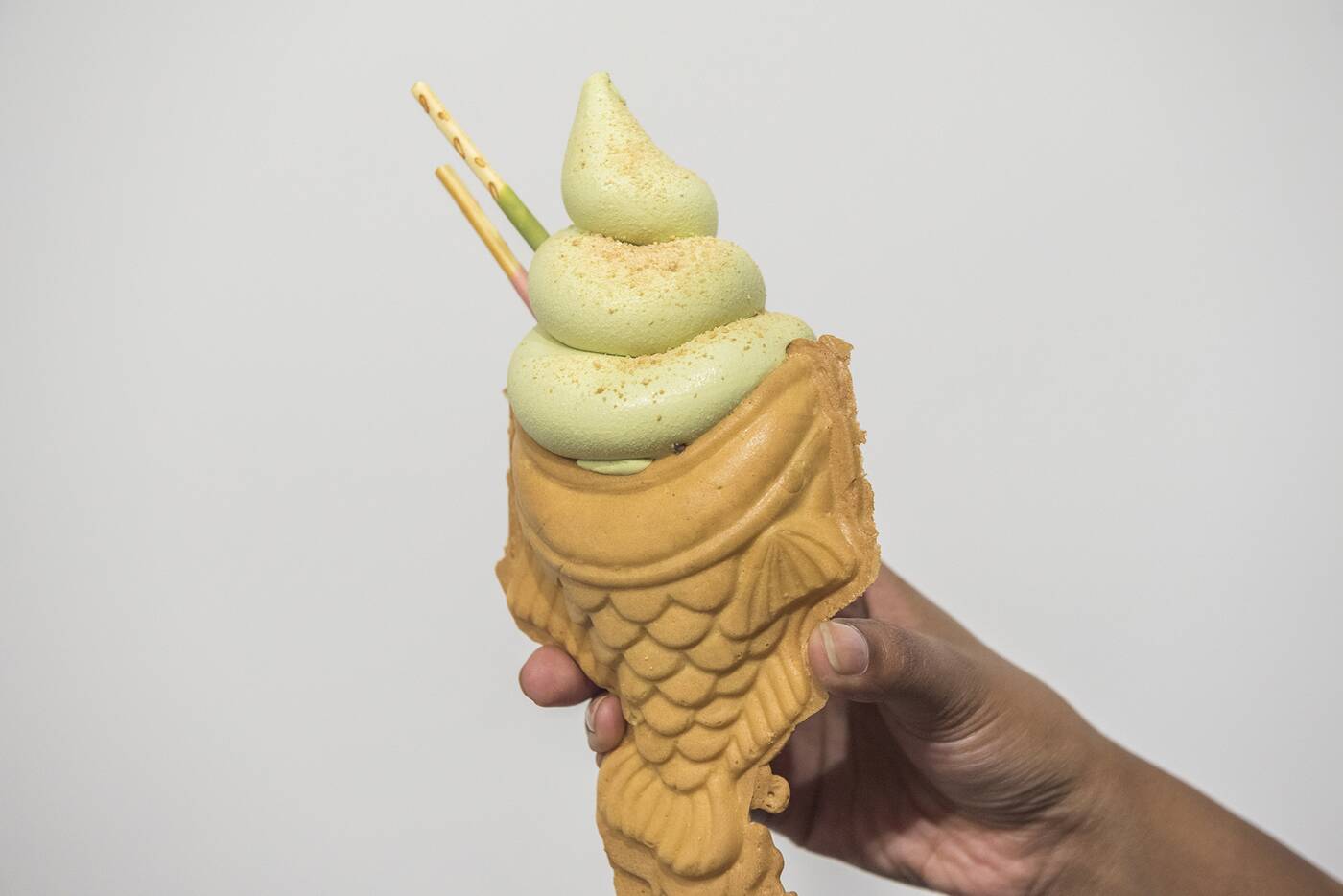 It’s a bulky treat so prepare to eat it quickly. I advise using a small spoon to eat most of the ice cream first before attempting to get a bit of taiyaki in one bite. 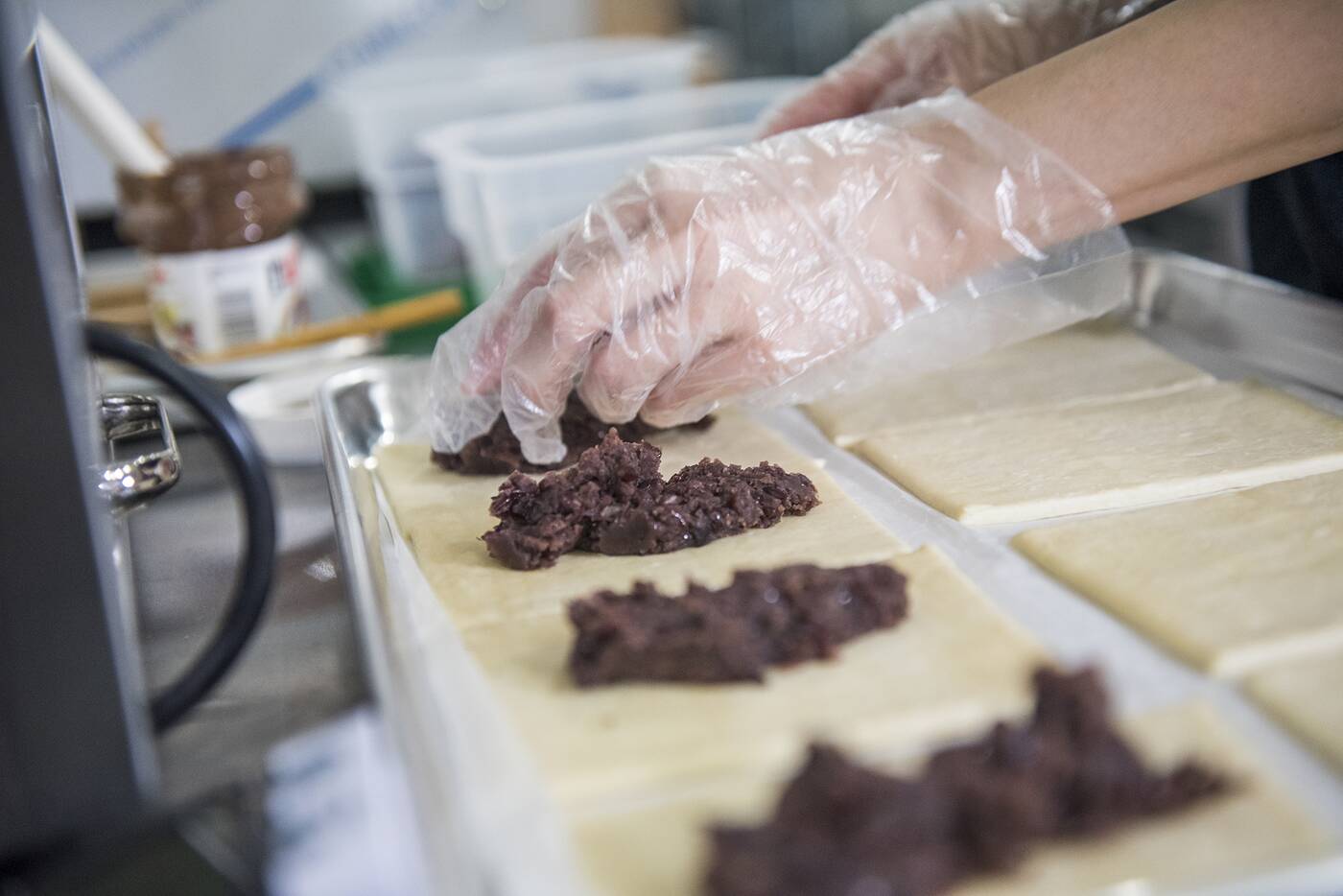 Sukoi’s second offering is a taiyaki croissant ($.3.75), which is already popular in parts of Japan. 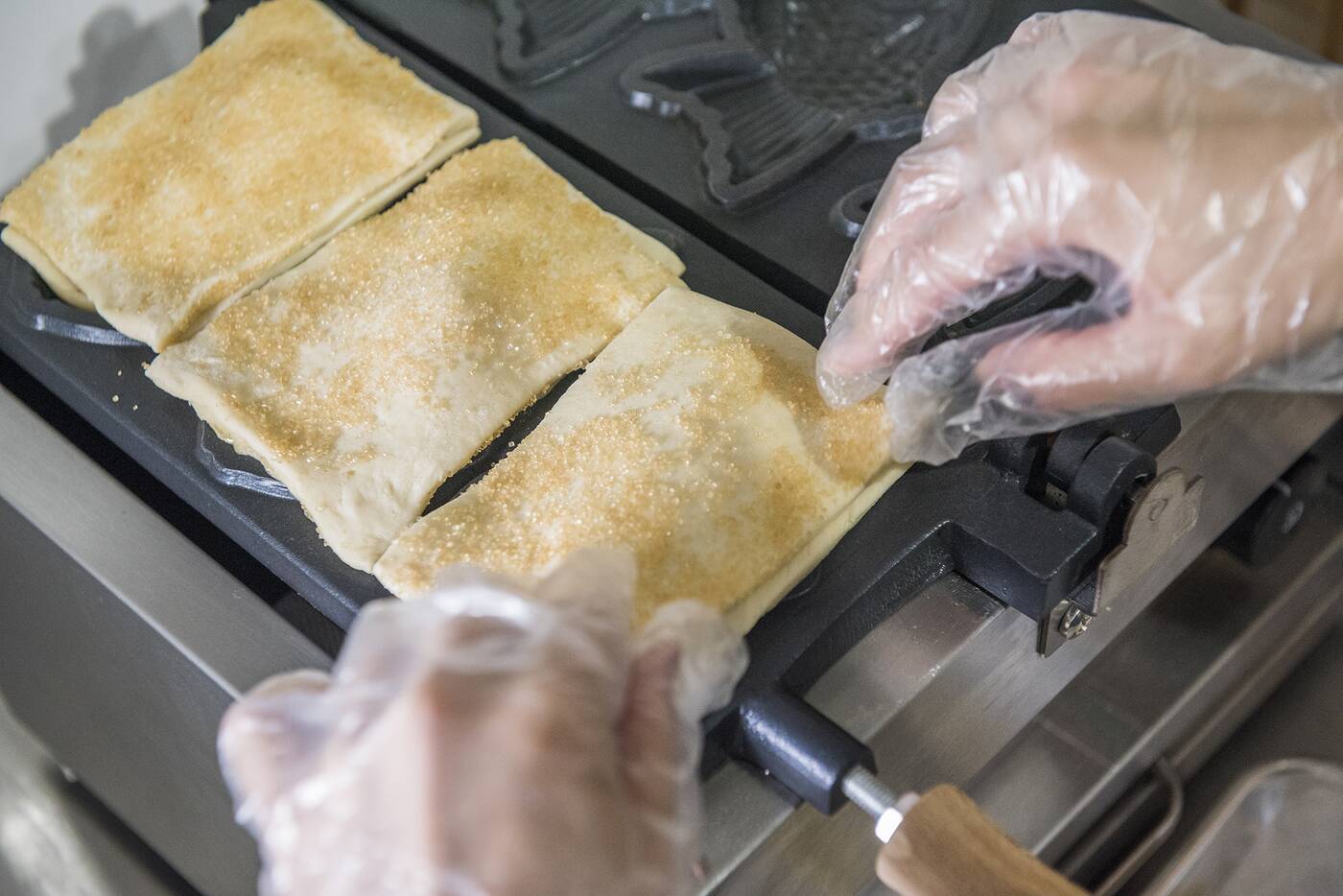 Pre-made squares of taiyaki dough are coated in raw sugar then layered with your choice of filling, before baking in the grill for three minutes. 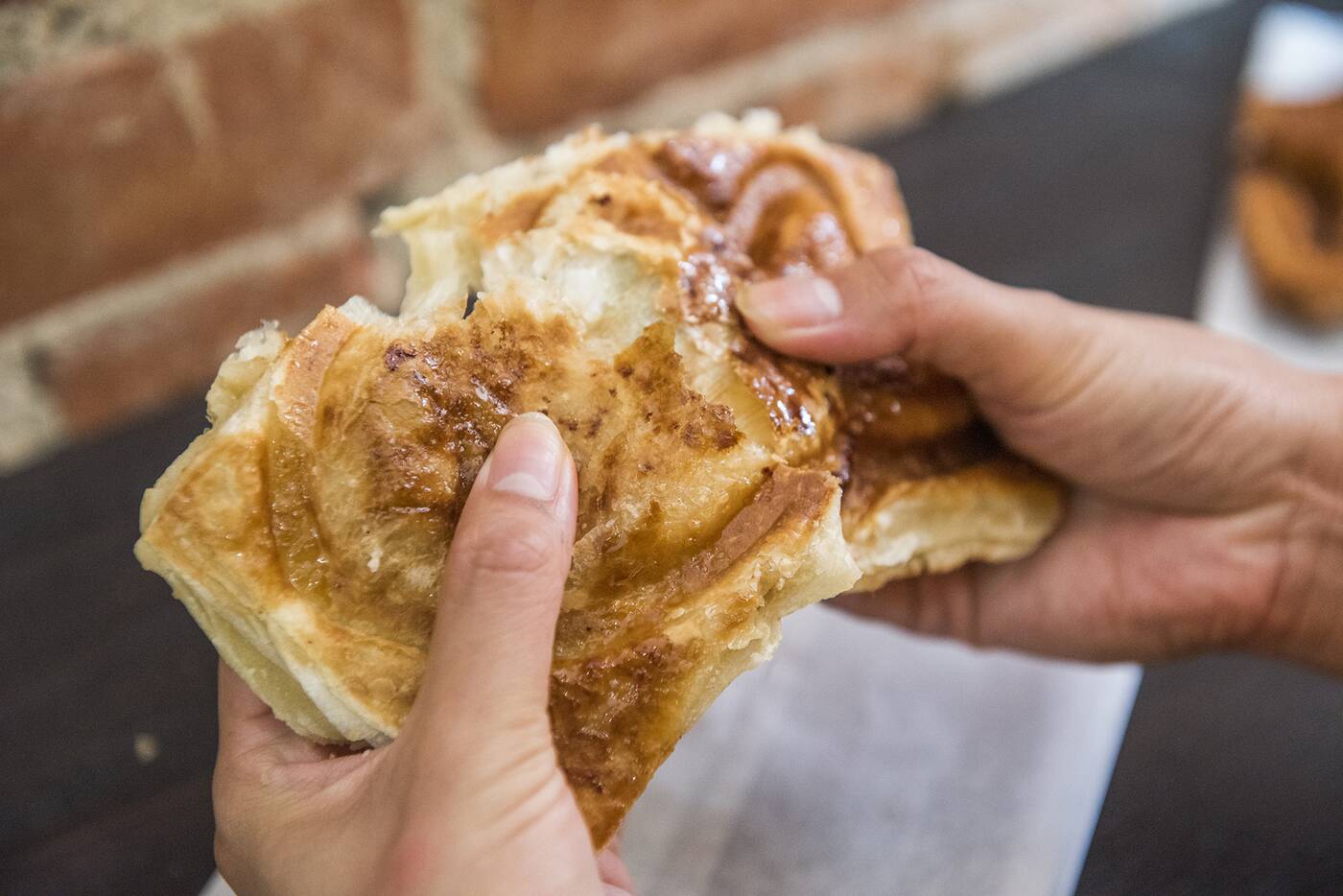 The final result is an absolutely addictive pastry that mixes the best of French croissants with Japanese aesthetics for a unique treat. 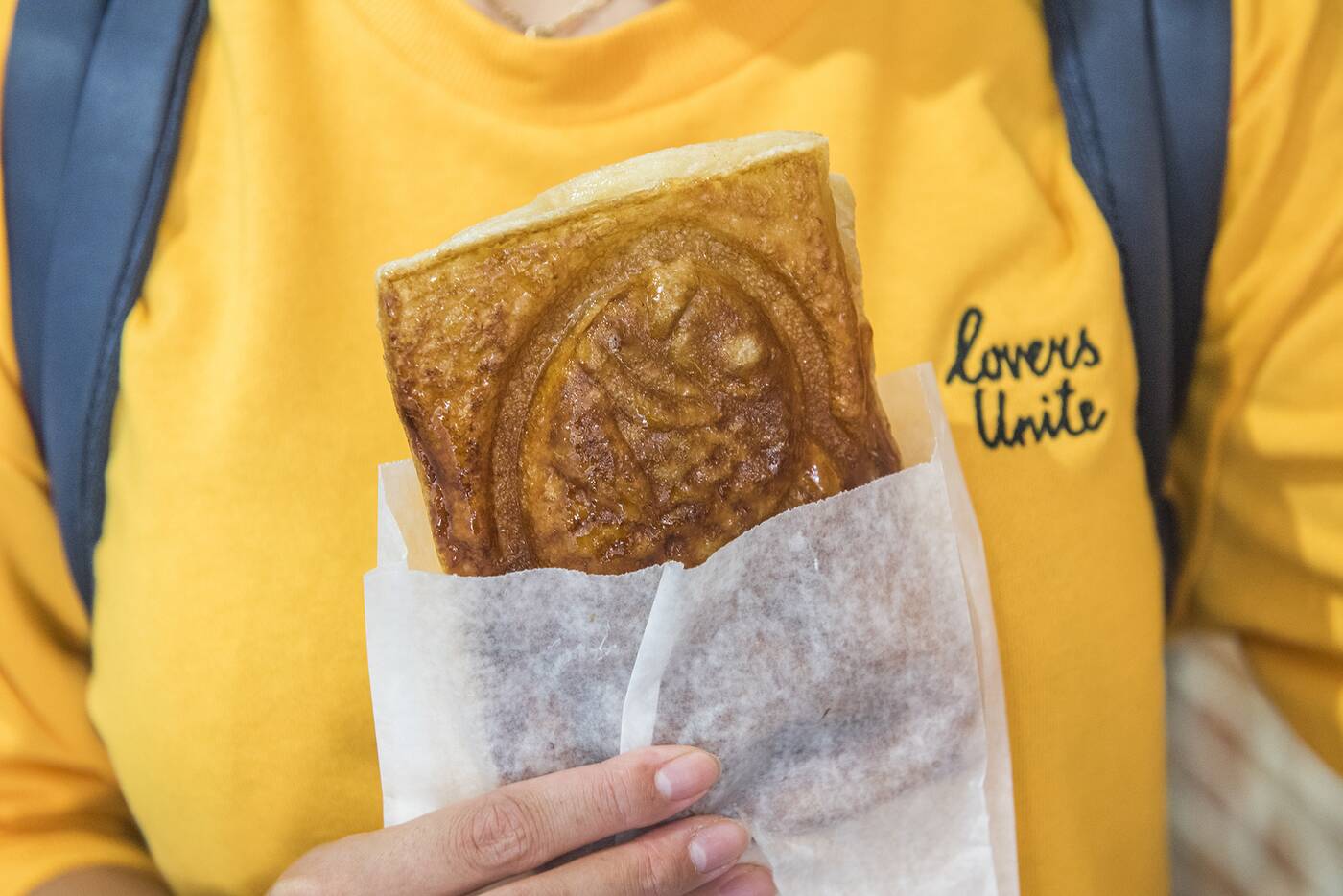 With a lean menu, it’s a great spot to hit in the summer for an icy treat, and a sweet, crispy one any other time of the year. 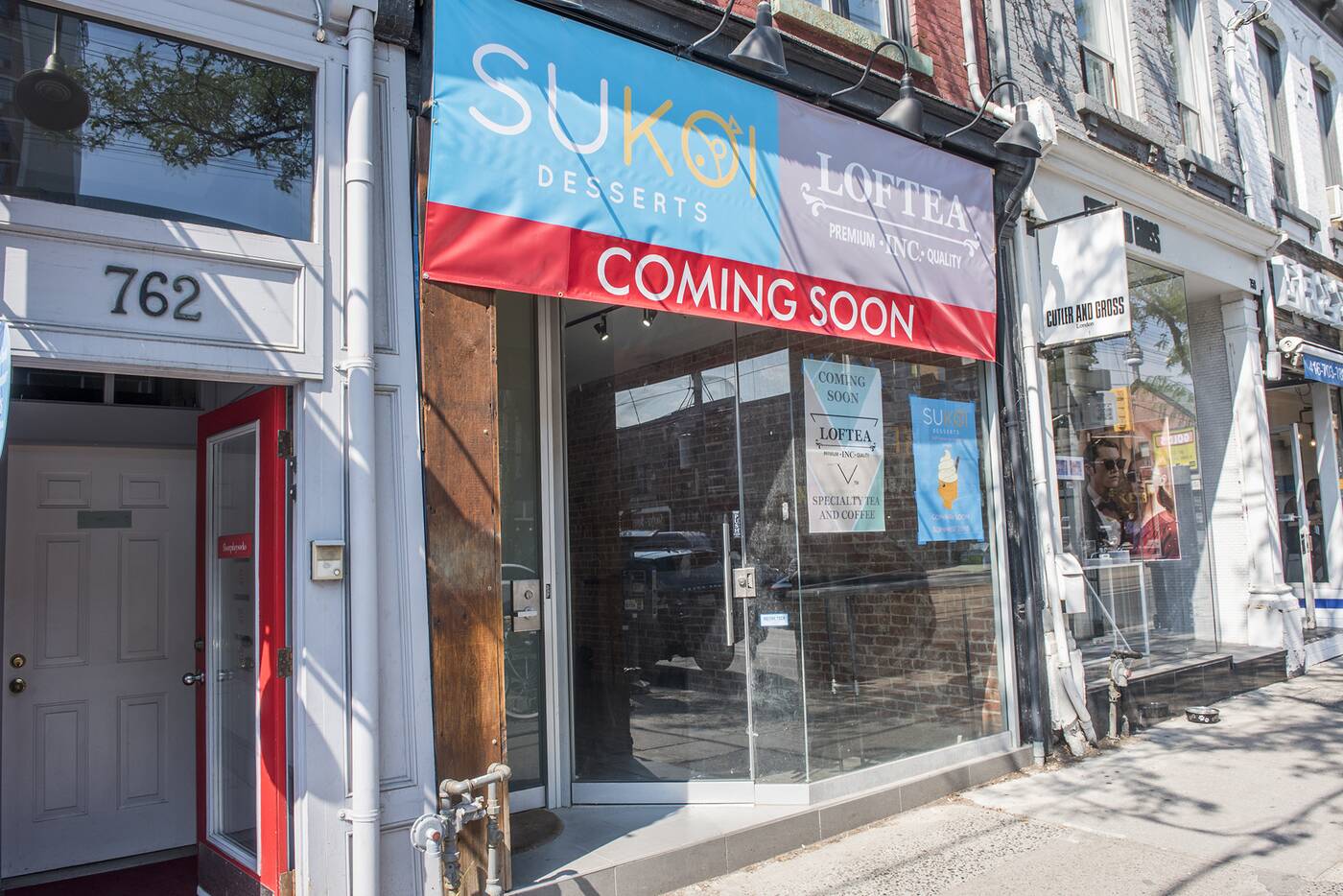