Spacco literally means a long narrow opening, and if you venture down the long corridor just off Yonge street that's just what you'll find. Visitors are greeted by seven pool tables ($18/hr), decent lounge dĂŠcor, a wood burning pizza oven, and an extensive Italian-dominated menu. The huge courtyard patio is a draw during warmer months, and there's plenty of room in the dining room and bar for those not into billiards. They feature DJs and dancing on weekends, although, strictly speaking, there's no official dance floor. 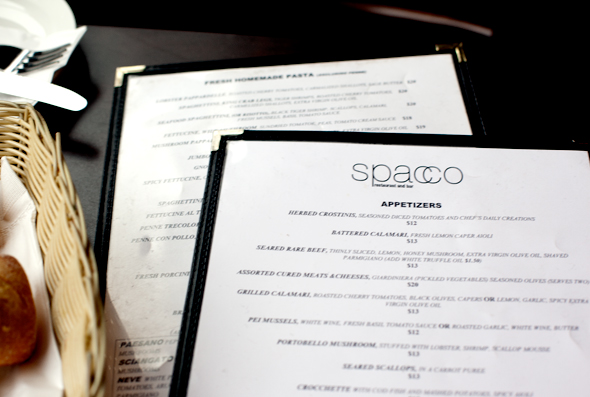 A Yonge and Eglinton institution, Spacco has been around for ages. Locals not up for the trek downtown often wind up here for drinks and pool. With a couple beers on tap (Mill Street Organic, Coors light, etc) and the standard bar rail, most people will find something to suit them, though the drinks certainly aren't a draw in and of themselves. There's no official drink menu so it's likely best to stick to the classics here and save your trendy cocktail cravings for other destinations.

Saving the billiards for later, we were tempted by the pub fare classic, battered calamari ($13). Flash fried, these chewy rings came in a bountiful portion, we didn't even finish half of the dish. Accompanied by a massive lemon wedge and a ramekin of caper aioli for dipping, the variations in texture were just right. The batter was well seasoned to boot, with obvious flakes of spicy black pepper. 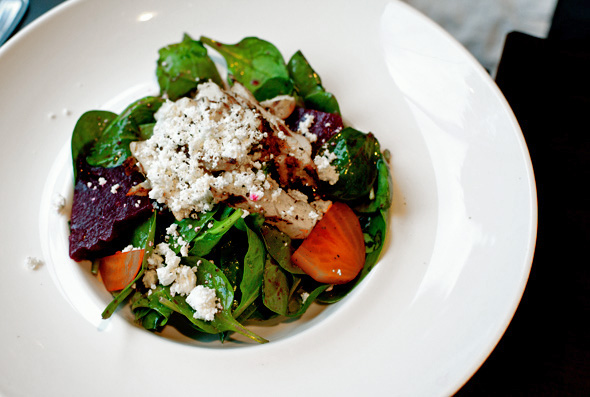 The Beet Salad ($13) is a lovely blend of red and gold beets sitting atop a mound of baby spinach and accompanied by a sliced chicken breast and finished with a generous helping of creamy goat cheese. The white balsamic dressing played nicely with the rich goat cheese, and took the edge off the baby spinach, which can sometimes taste bitter. 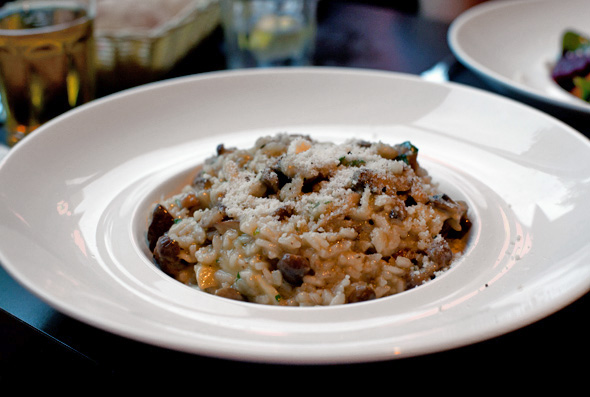 While we were off to a good start, the porcini mushroom risotto ($19) missed its mark. Chock full of field and porcini mushrooms, the risotto was oozy and cooked well enough; it's just too bad it was swimming in olive oil. The fresh rosemary garnish promised on the menu was conspicuously absent, replaced by a smattering of extra parmesan cheese. 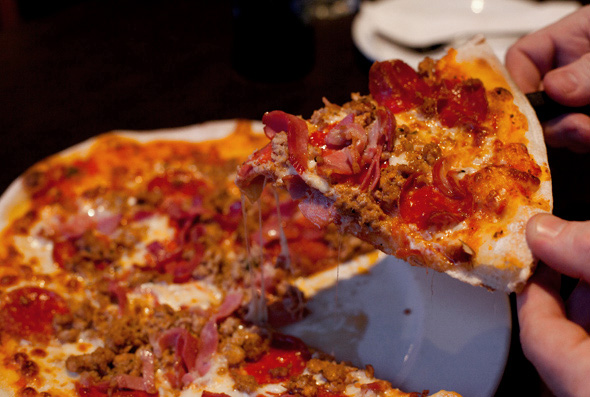 The Tutto Carne pizza ($16) proves a meat-lovers fantasy; pepperoni, Italian sausage, pancetta and cappicollo liberally spread over a mozzarella and tomato sauce. Cooked in a wood oven, I was hoping for a more charred and bubbly crust. This pie definitely could have used a few more minutes getting fired up so as to avoid the doughy crust.

While the food occasionally leaves something to be desired (hello rosemary!), on the whole Spacco is a decent alternative to what you'll find at a typical pub and the patio alone is worth checking out this summer. 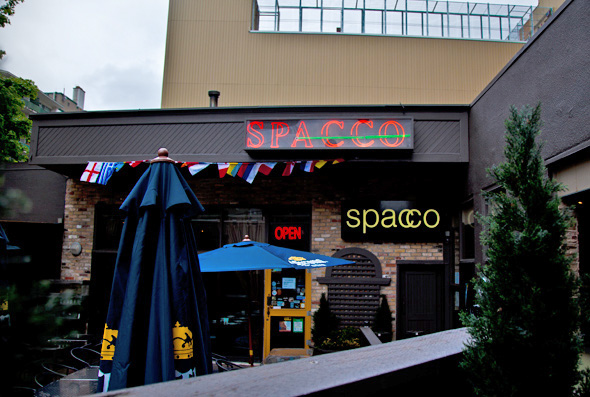