Soi Snacks is a spot for Thai pizza and other Thai street foods, holed up in the back of the hauntingly empty King Square Mall in Markham.

Use your imagination and it feels as if you've happened upon the snack stand on a quiet side street in Bangkok, this is what Soi means in Thai after all – a street branching off a major street.

Sure, in reality, that side street is just a long hall in a recently-built, massive Chinese commercial centre sorely missing retailers and other restaurants due to the pandemic, but the food is authentic all the same. 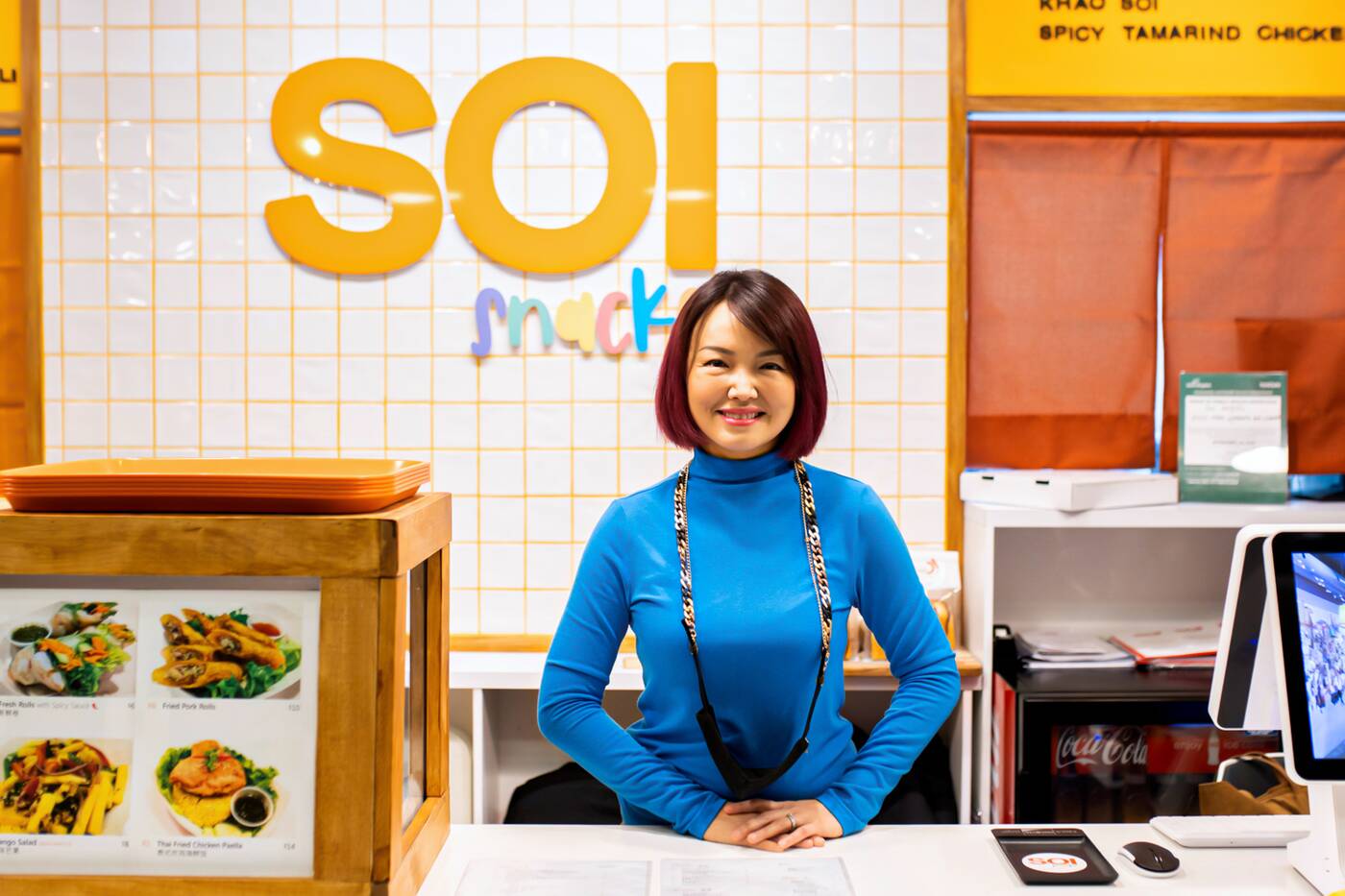 Sherry Papa was previously behind Soi Thai, Shanee and Dee, all Thai restaurants that are shuttered now, before opening here to bring flavours of her birthplace to the city with an all-new menu inspired by her past restaurant endeavours. 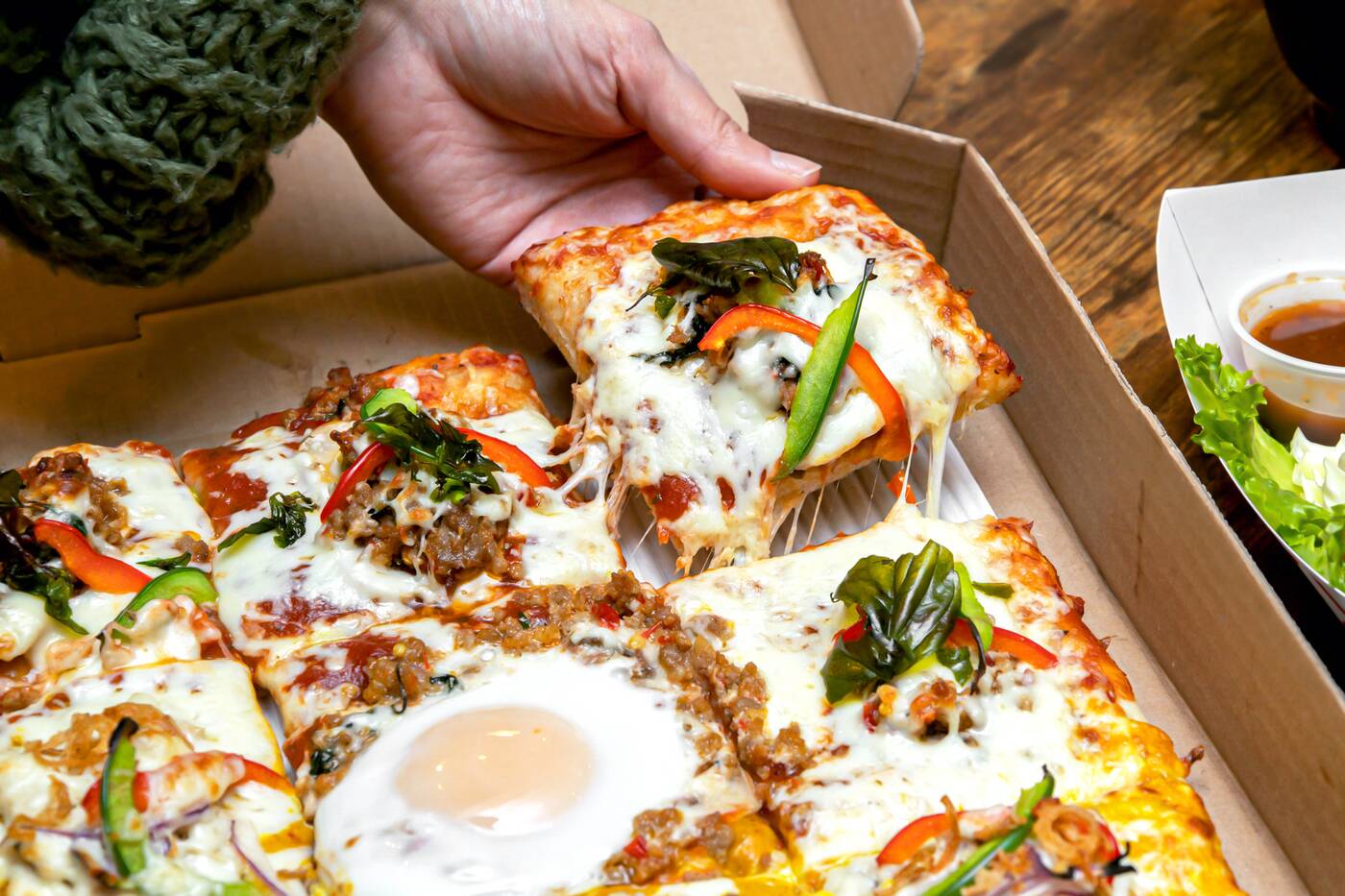 Papa's favourite part of the job is getting to see people's first reactions to the Thai pizza upon pickup, and I can assume those reactions would be nothing less than satisfied smiles from the initial whiff, alone.

This is definitely not your boring ol' pep 'n cheese, actually, no bite is dull on account of the flavourful Thai toppings. 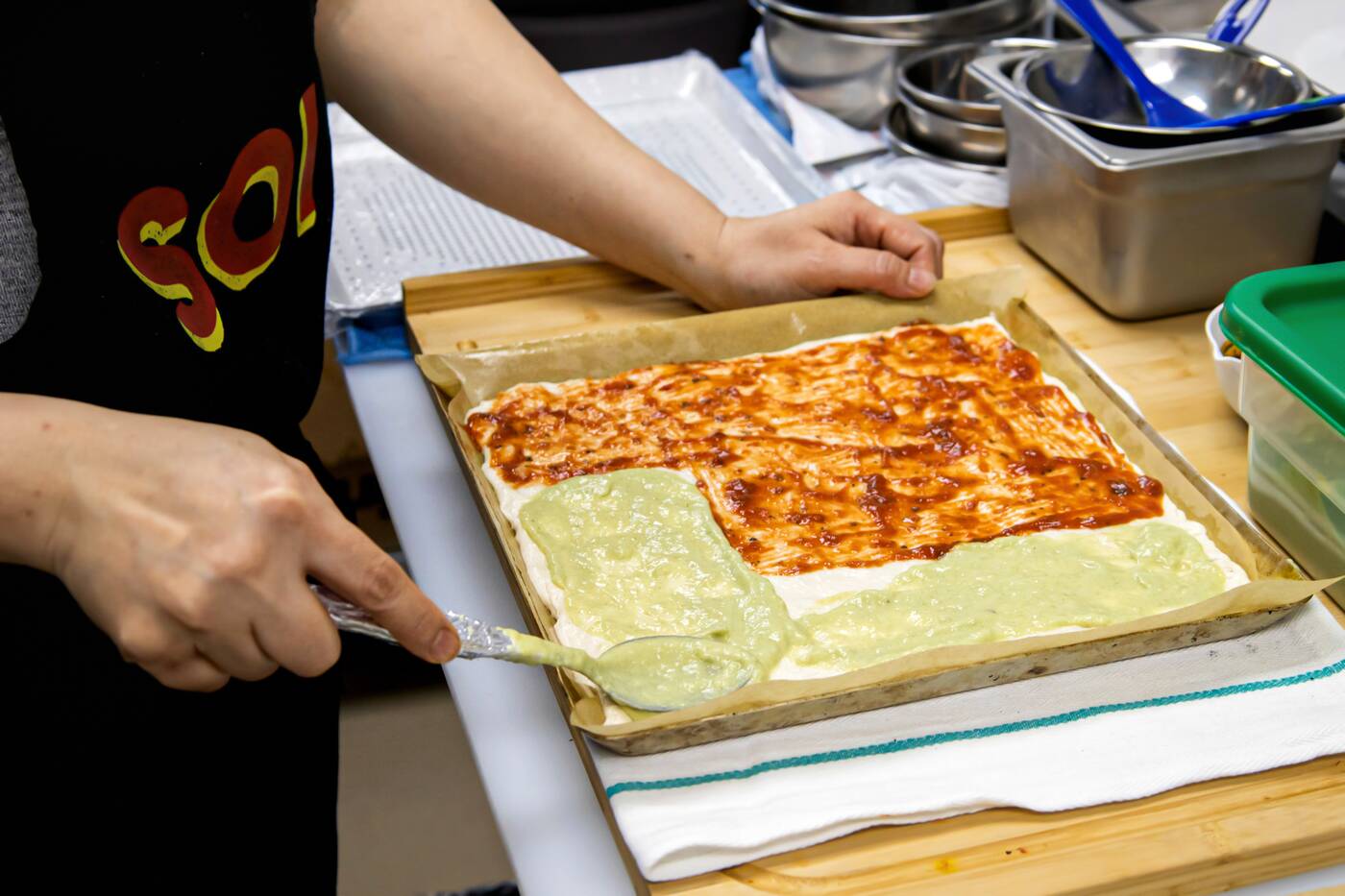 The popularity of her fried cheese with tom yum sauce tapa served at Shanee inspired Papa to do pizzas ($22 to $28) at Soi Snacks.

Each 12" square pie, made by Papa and a team of cooks that have been with her since the very first restaurant in 2015, comes on slowly-fermented dough and with the option to choose two styles. 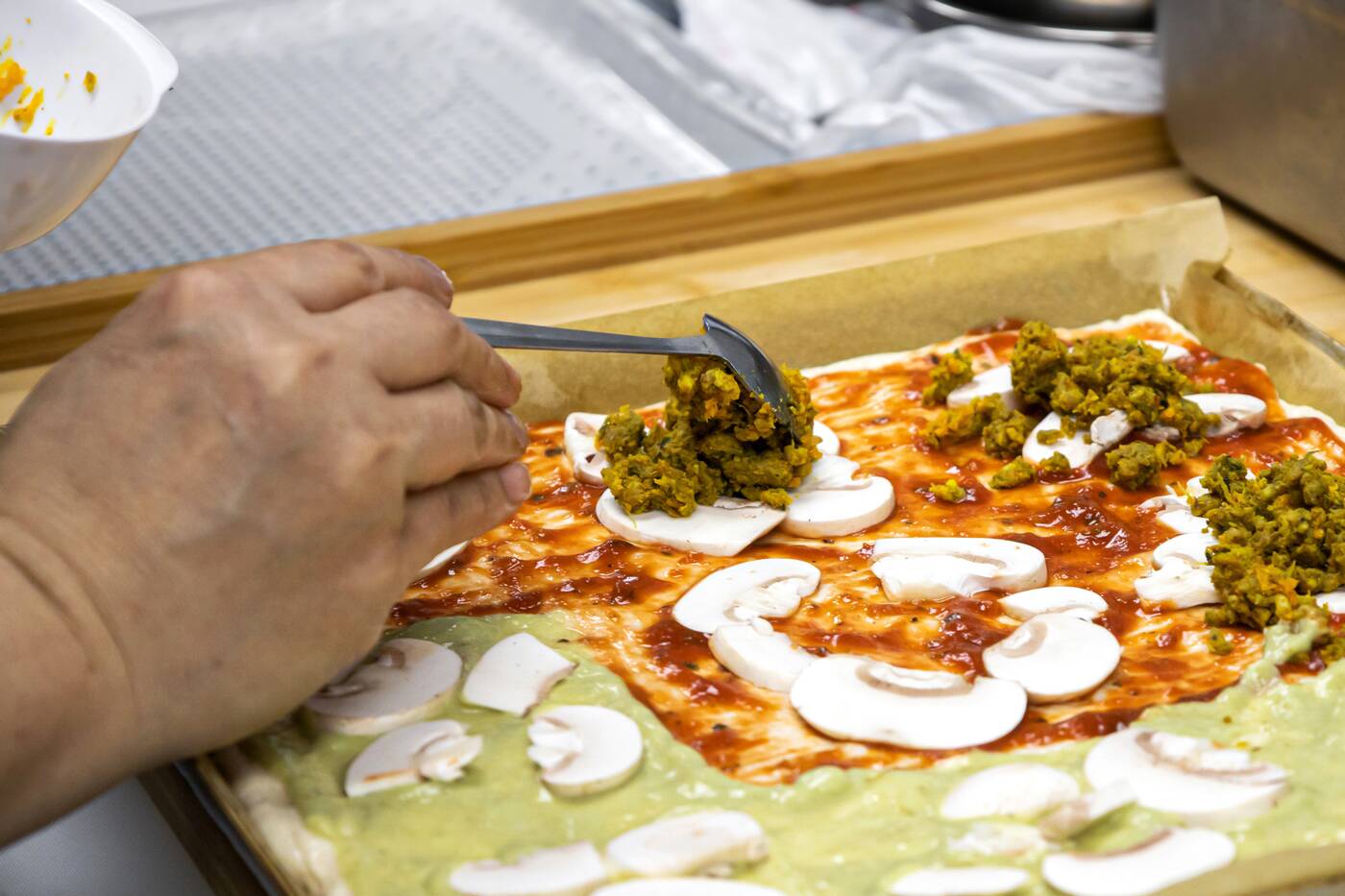 One of the eight pizza flavours is Thai chorizo, marinated in-house with a selection of spices and herbs including lemongrass and ginger. 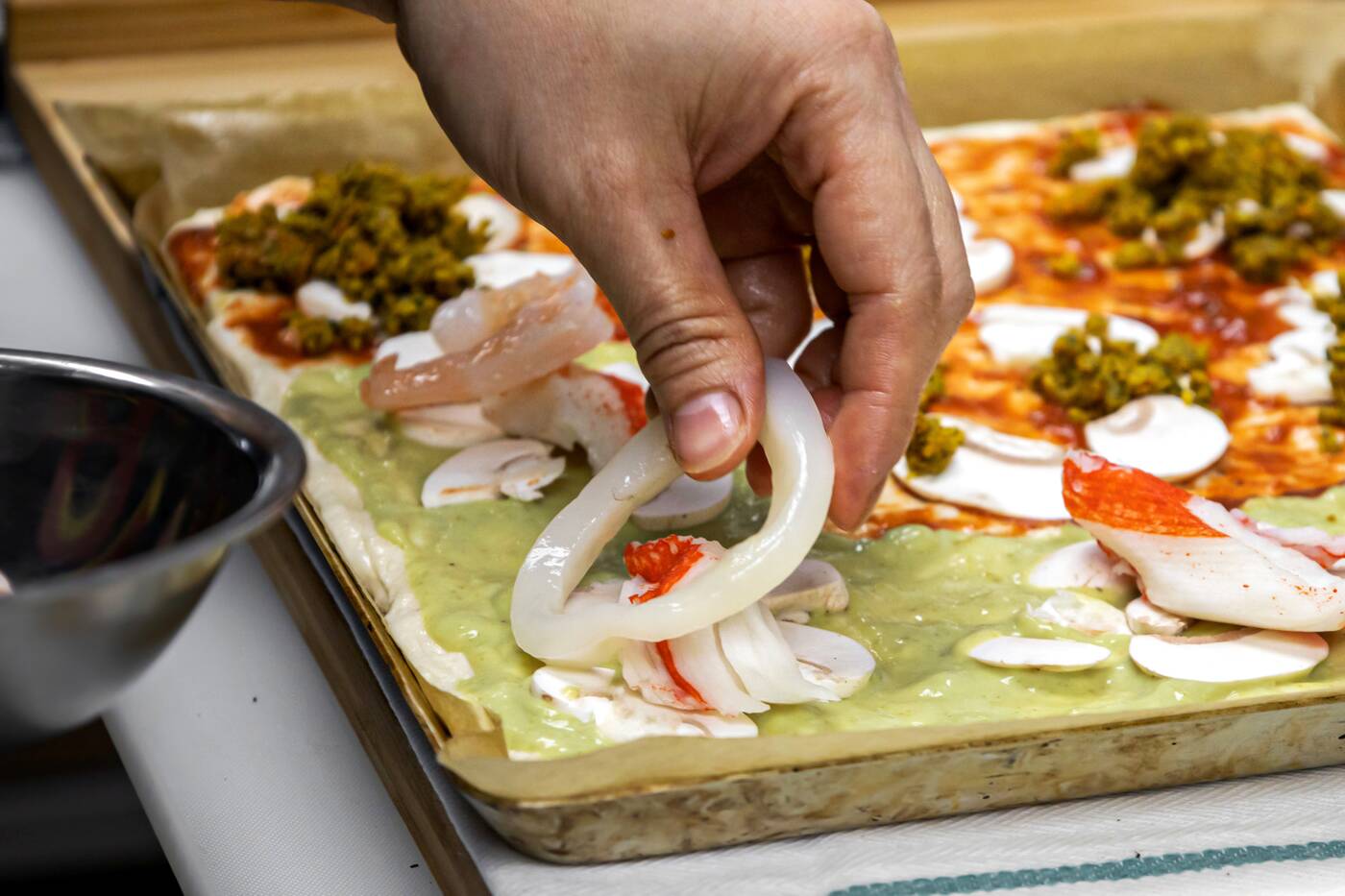 The other half is covered in a homemade green curry instead of tomato sauce, as well as fresh calamari and shrimp. 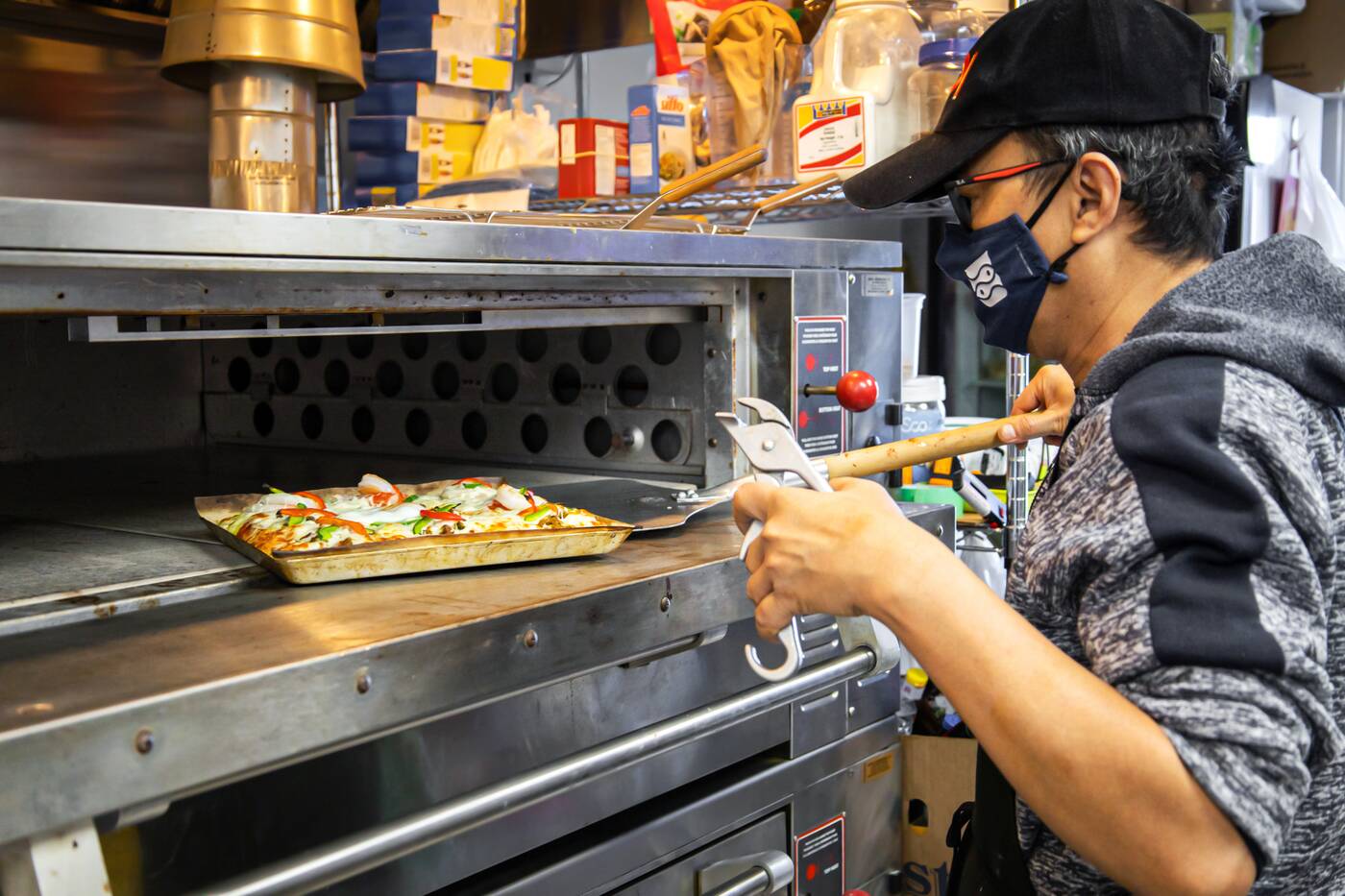 The pizza, which could feed two to three people easy, is placed directly on the oven for the last few minutes of cooking in order for the bottom crust to crisp. 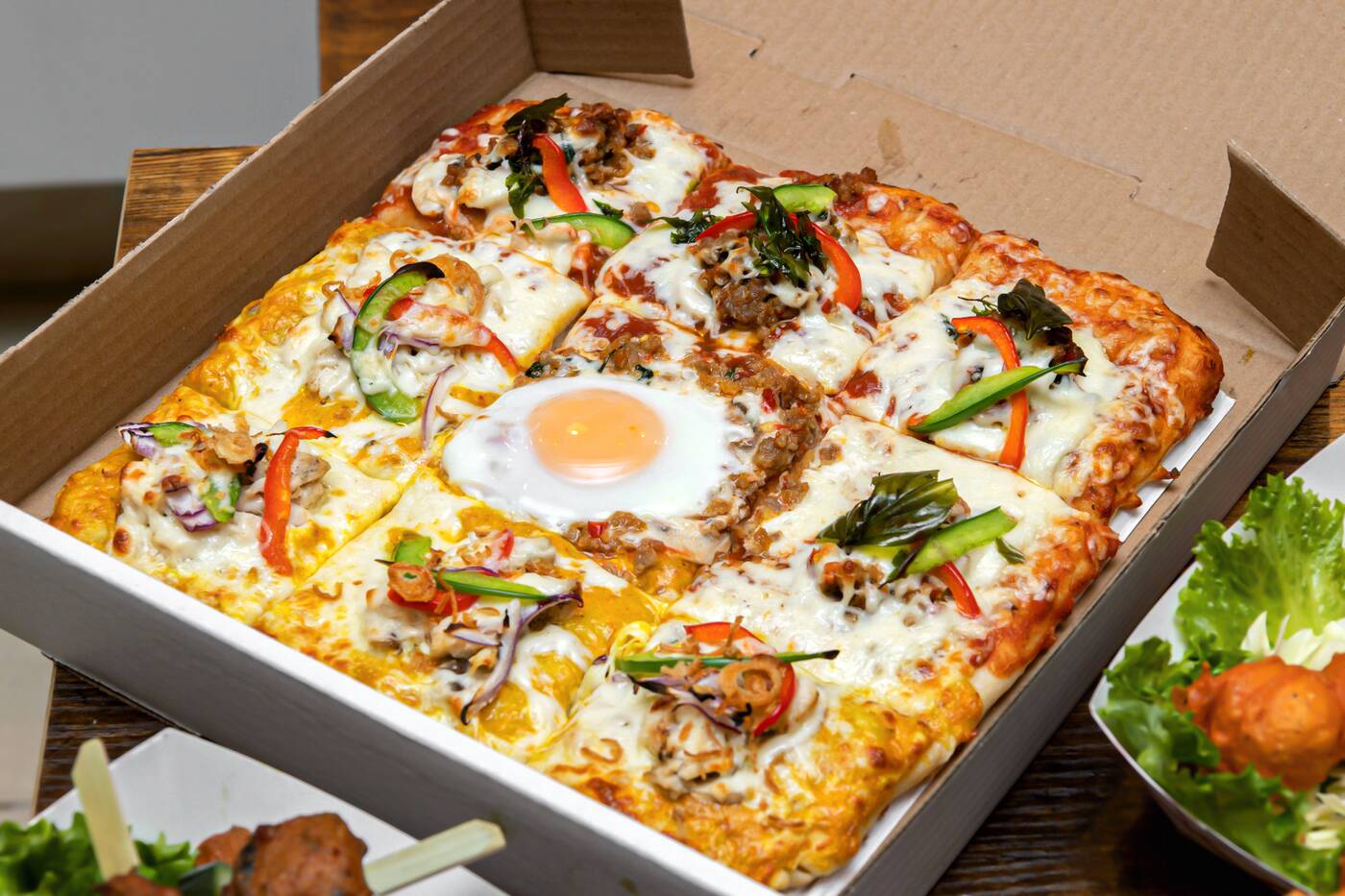 We also try another pie with spicy Thai basil pork and Khao Soi, which is every bit as tasty as the popular Thai soup. Egg yolk helps to break up the heat from the pork that's slightly more zealous than the chorizo. 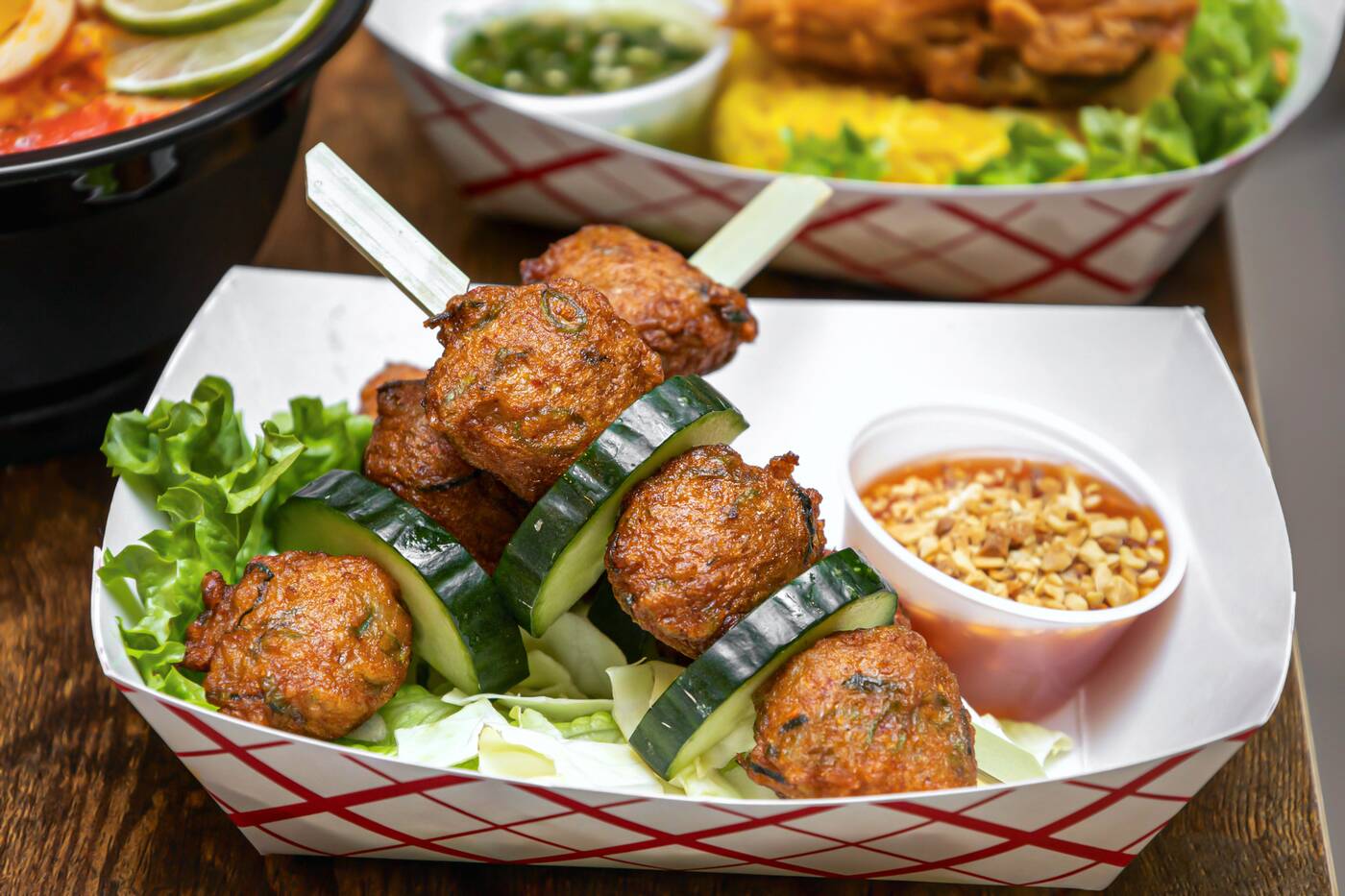 The rest of the menu focuses on shareable snack foods like fish cakes ($10) with peanut sauce. You can taste that these aren't frozen but made and hand rolled in-house. 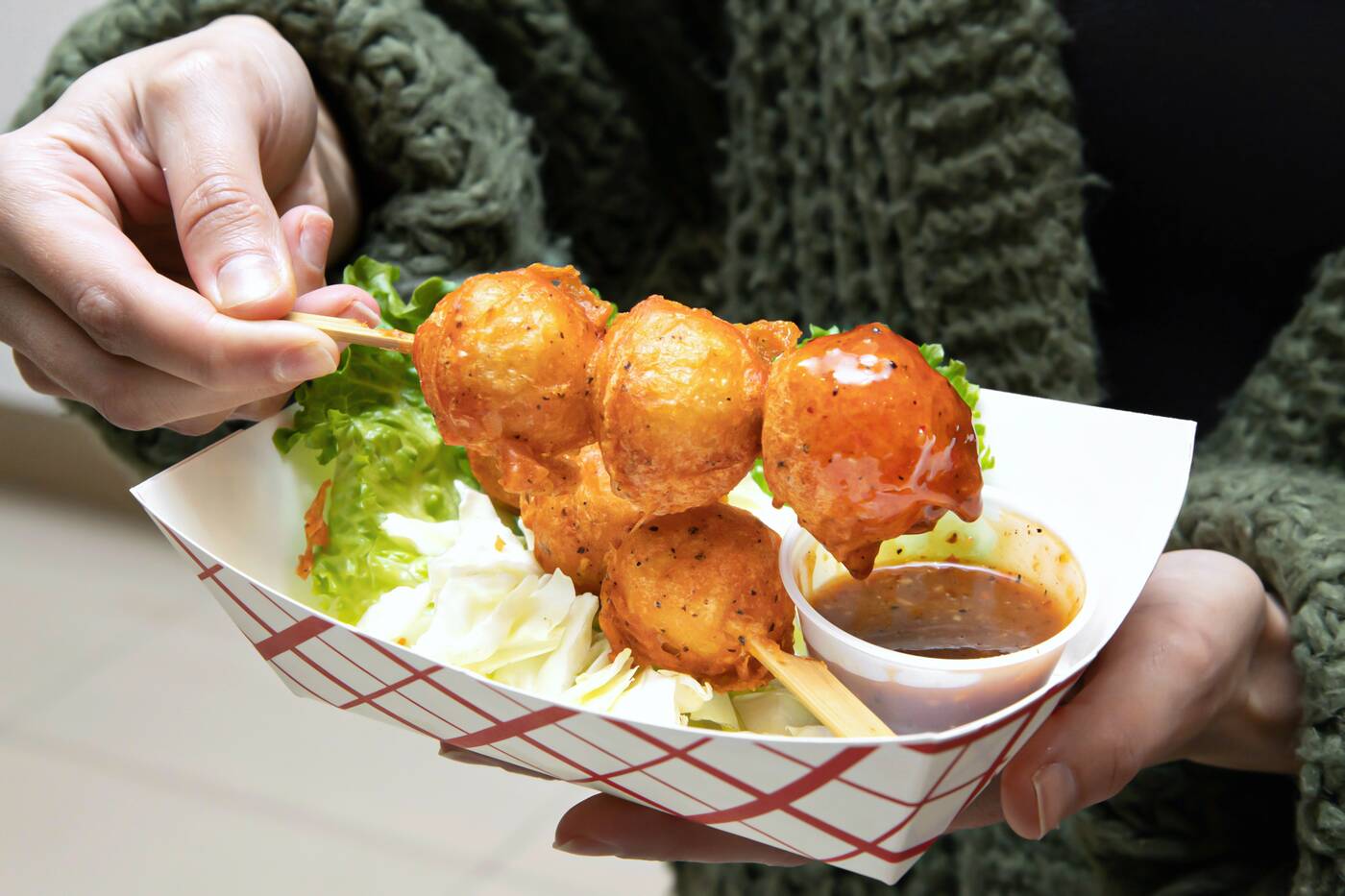 Deep-fried fish balls ($8) with spicy tamarind sauce has surged in popularity in Thailand after Lalisa Manobal, a Thai rapper in the K-pop girl group Blackpink said she missed the dish. 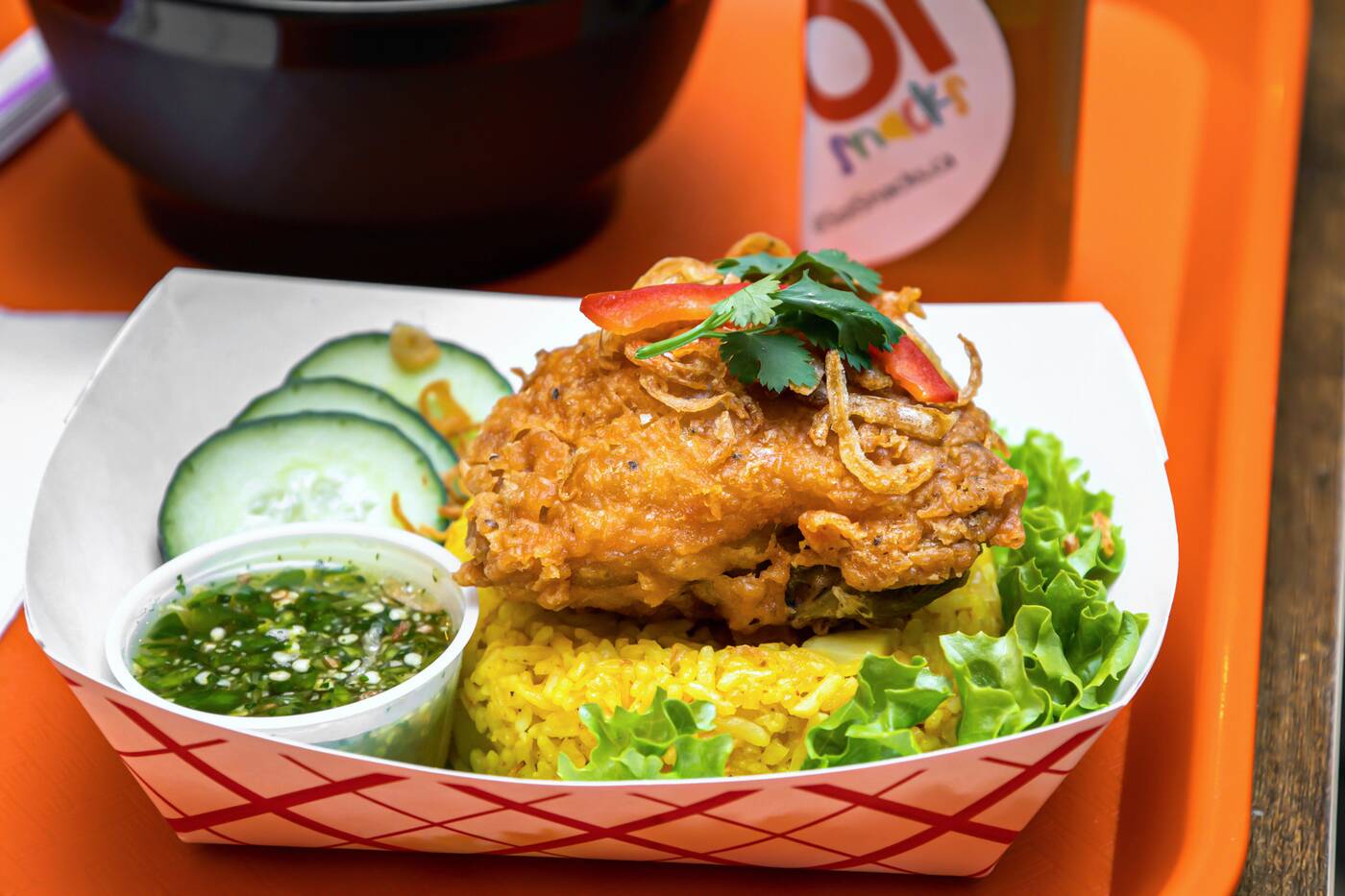 Thai fried chicken paella ($14) is crunchy and given even more bursts of flavour from a tangy cilantro dip on the side. 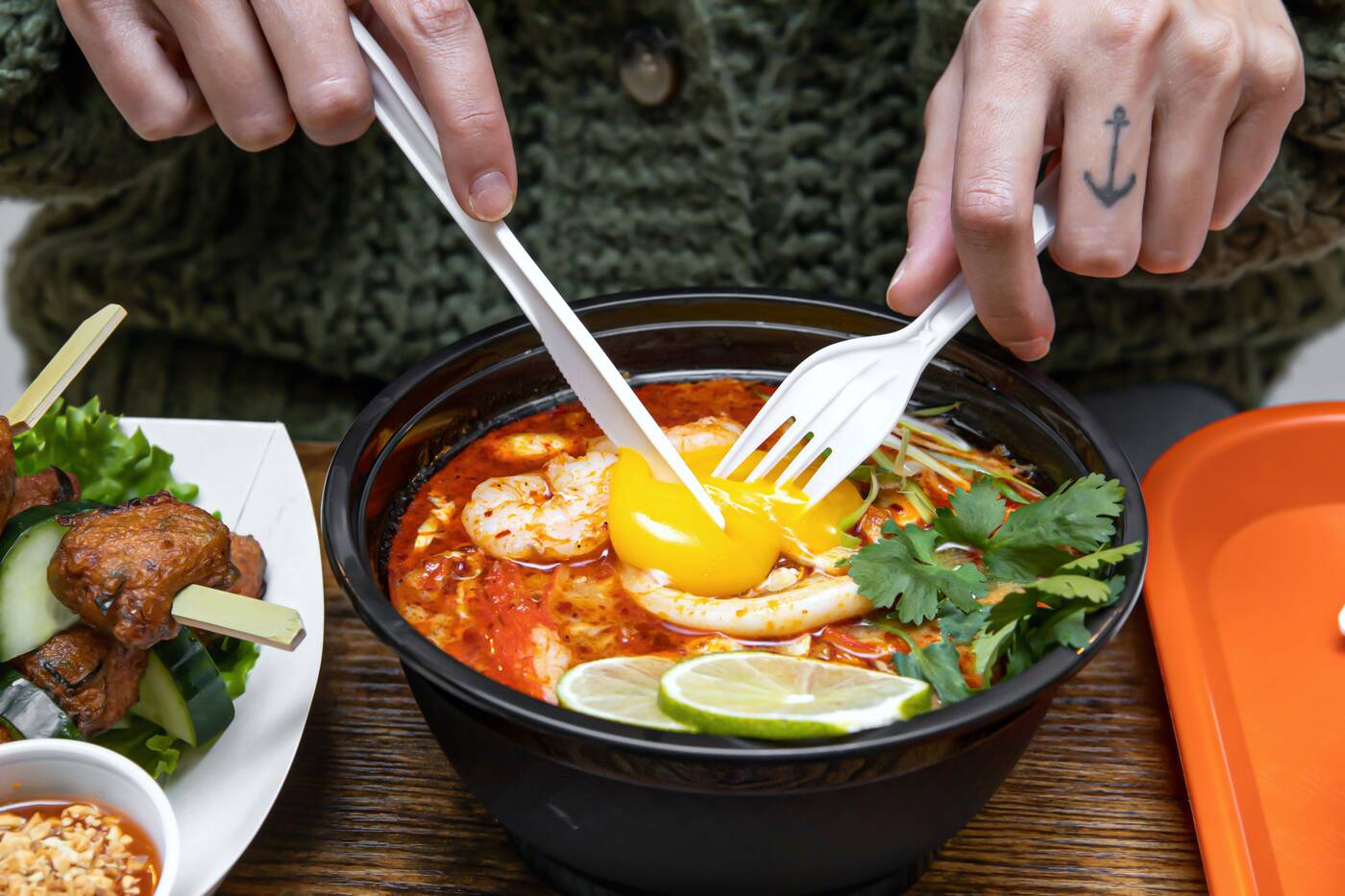 Papa tells me the tom yum seafood mama noodles ($16) is her take on the tom yum found at Bangkok’s first street food stall to be awarded a Michelin star, Jay Oh (Bib Gourmand). The broth is fragrant and tart. 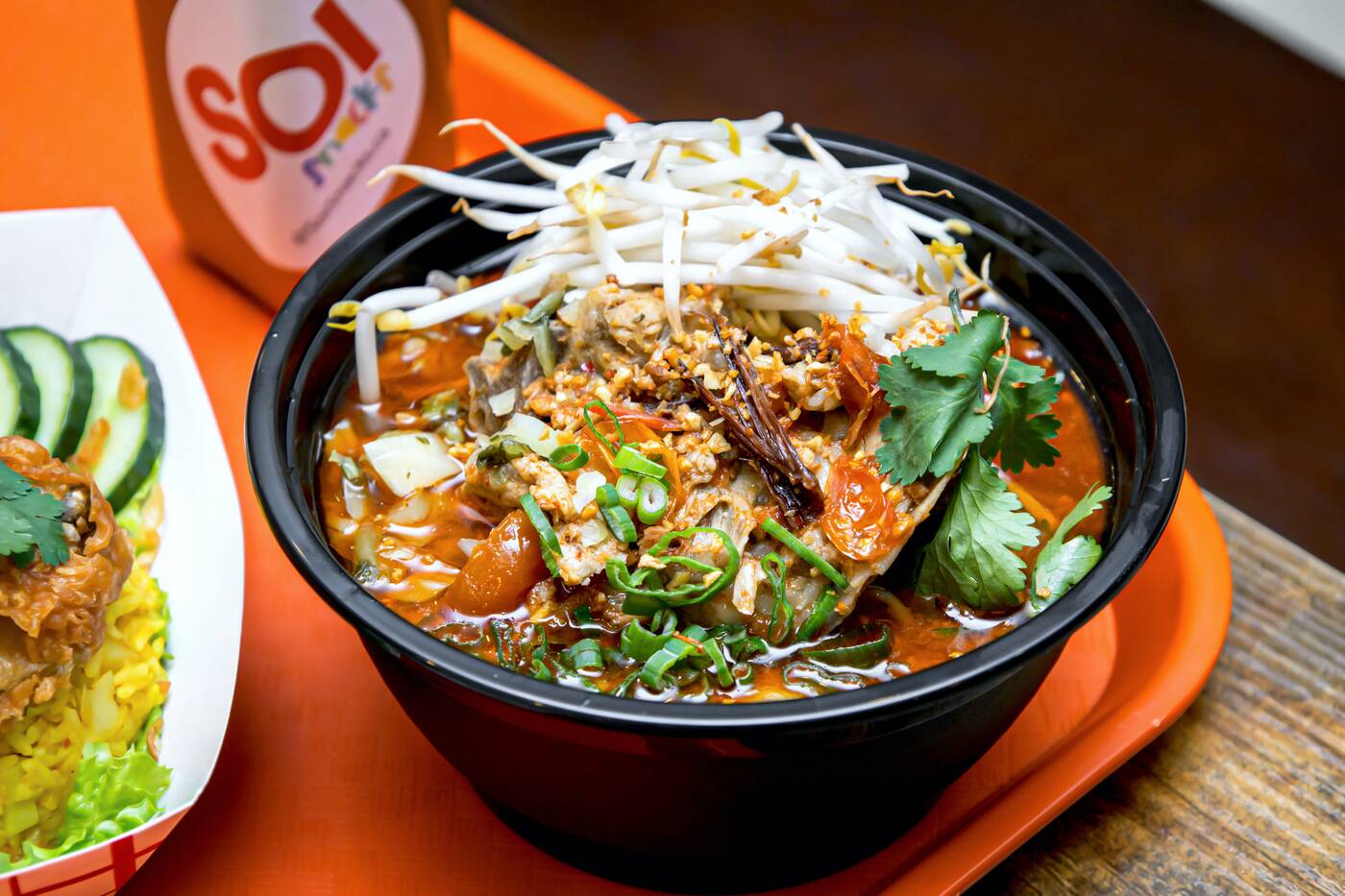 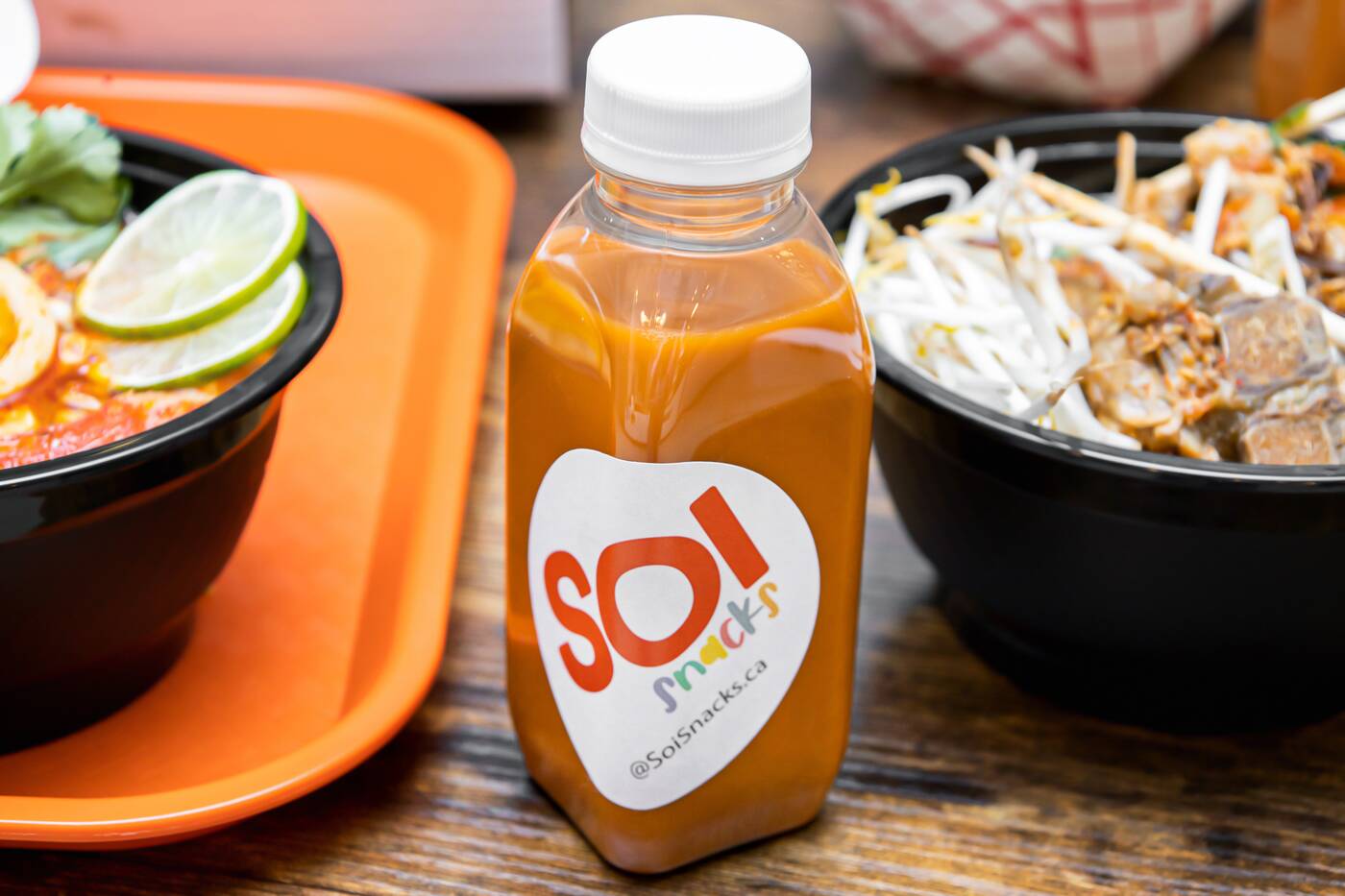 Small-batch Thai milk tea ($6) is just the thing to balance spice levels and can be as sweet, or not sweet, as you'd like. 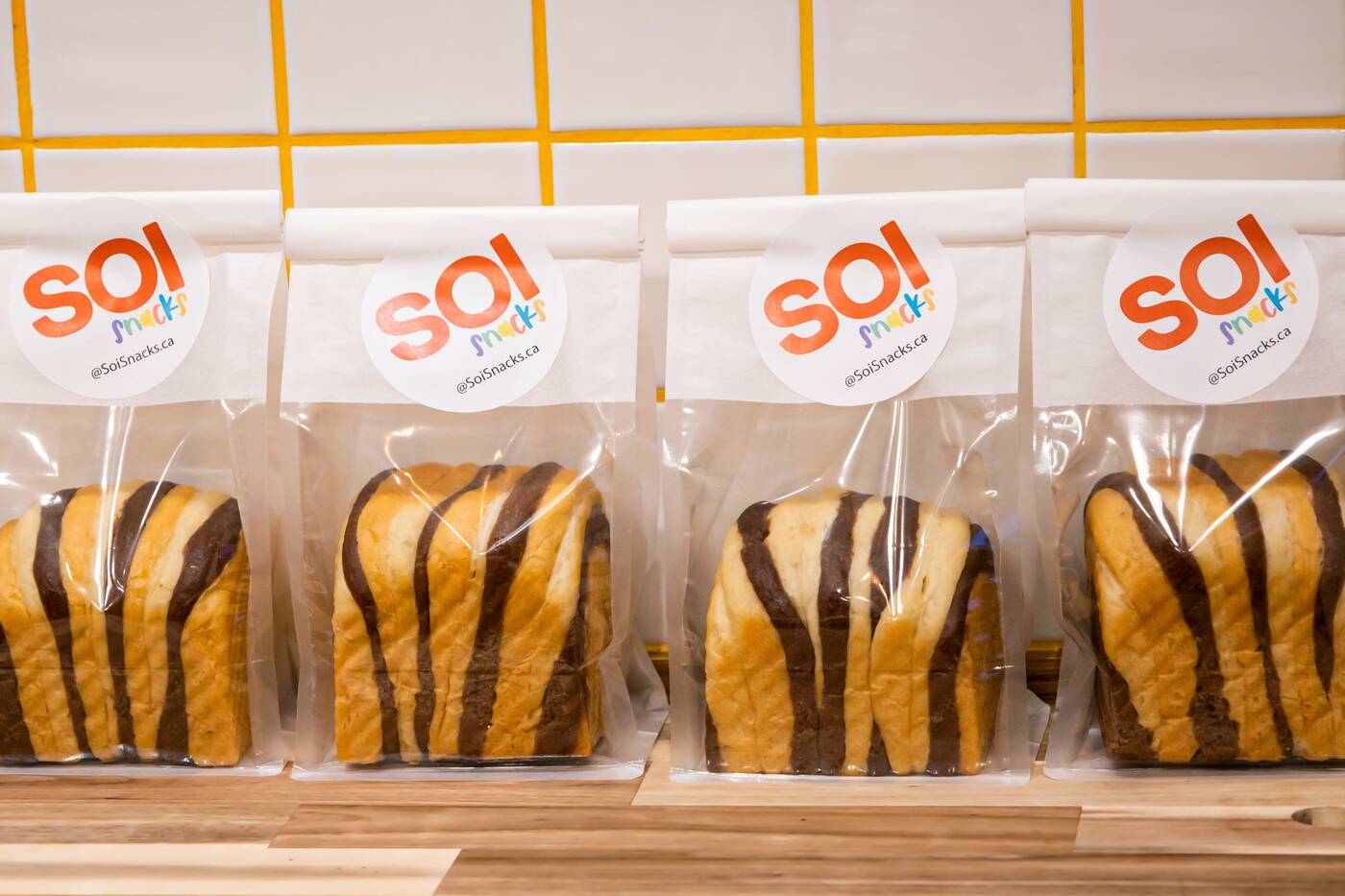 Papa also currently offers fresh-made shokupan with chocolate and Thai milk tea stripes added to the traditional Japanese milk bread. Make sure to order a loaf ahead of time since they sell out fast. 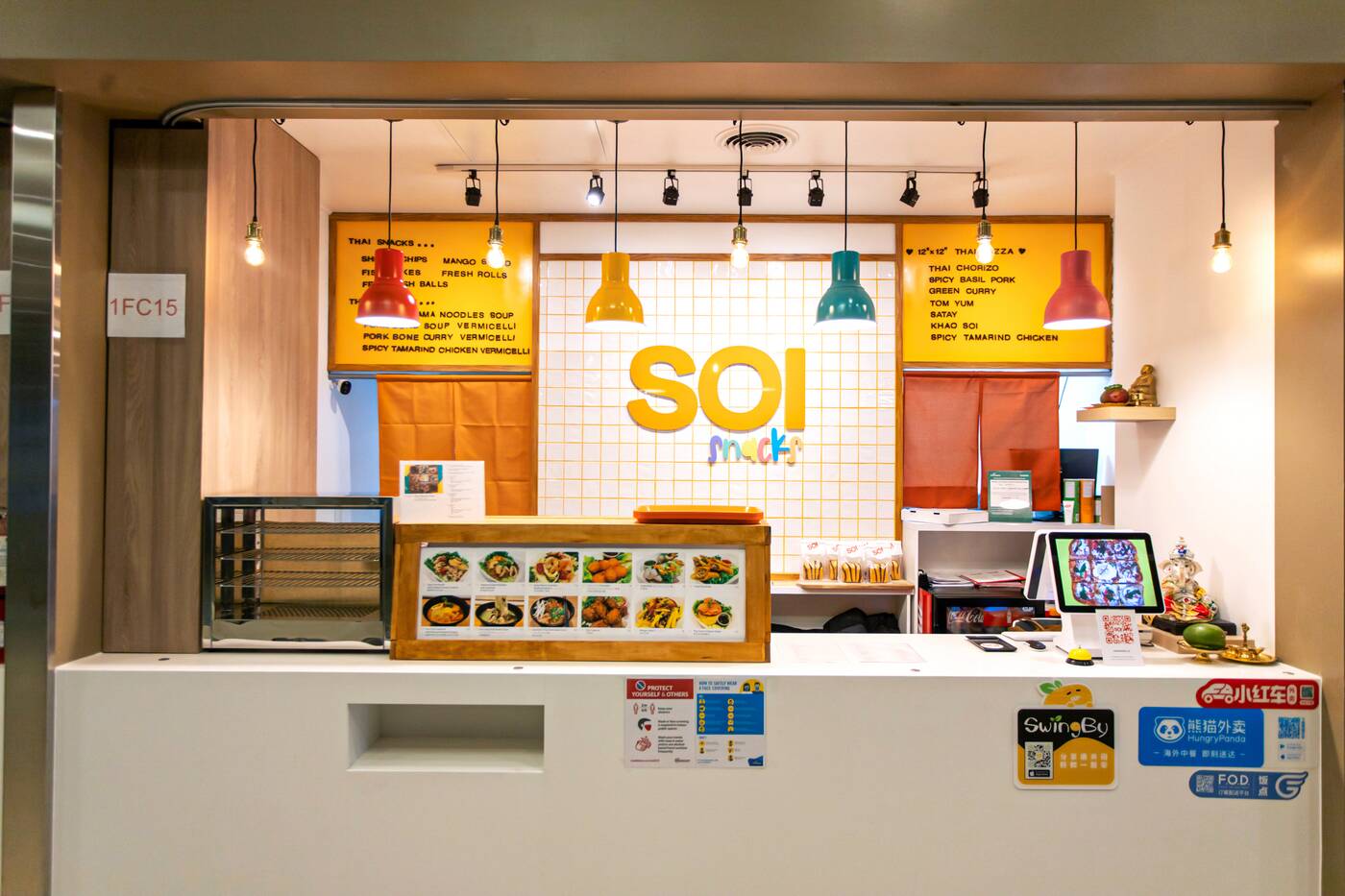