Smoke has brought Southern-style BBQ to a sleepy stretch of Harbord at the corner of Manning. Already the neighbourhood has woken up to take notice and on a recent weekday evening, a steady stream of locals were full of praise for first time restaurant owner Francesco Grandi and chef Tony Gallippi.

I couldn't agree more. Service was on-point and Grandi certainly has the Southern hospitality thing down. He's a copywriter by day but obviously a natural at making people feel welcome and at ease. His design-driven rustic vision for the space was executed by Mahmood Popal of Craft Studio with handcrafted elements like burnt wood paneling and picnic-like communal seating. Table settings come equipped with colourful silicone brushes setting high expectations for a saucy meal. 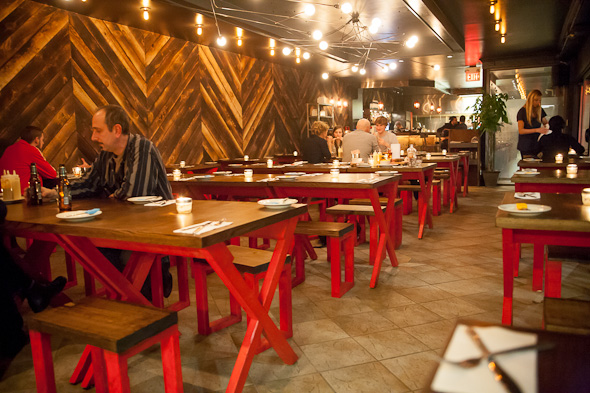 Chef Tony Gallippi hails from the respectable BBQ city, Windsor, and delivers the complete package of smokehouse essentials. The Sampler for Two ($35) offers a choice of three mains and two sides, and probably merits it being renamed "The Sampler Platter for Two Plus". From the heaping platter of meat that arrives, I sample the St. Louis Spareribs, Corned Beef Brisket and Pulled Pork. The pork is good and saucy but ultimately outshined by the other two selections. The spareribs are served dry letting you savour the smoky taste on it's own or to sauce at your discretion with squeeze bottles of spicy Texas or lipsmacking South Carolina condiments. The corned beef is better still; served with pickles and horseradish mustard, the thinly sliced, juicy and succulent meat could rival even Montreal's Schwartz's. 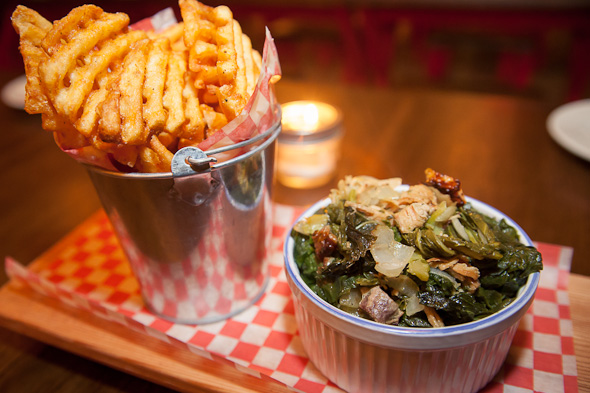 Included with the sampler, we try the side of Collard Greens topped with bacon; and the crisp, puffy Waffle Fries that are made even better with the addition of zesty housemade mayo. 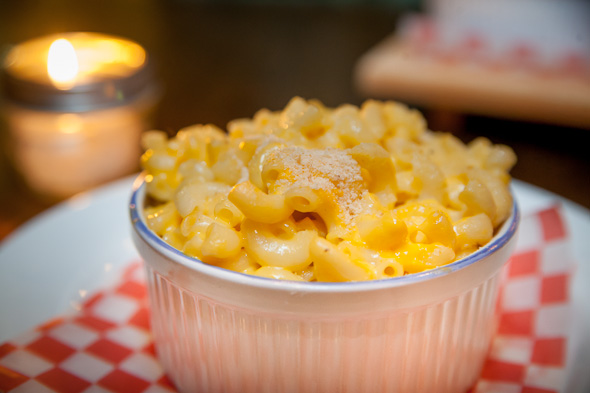 The side Mac 'n' Cheese ($3.50 on its own) could be dinner itself and yet somehow I managed to try it too. Though at this point its all too much, I can recognize a well done classic when I see it. Luckily, Smoke does take-away too so they're prepared to pack it up for you to bring home. 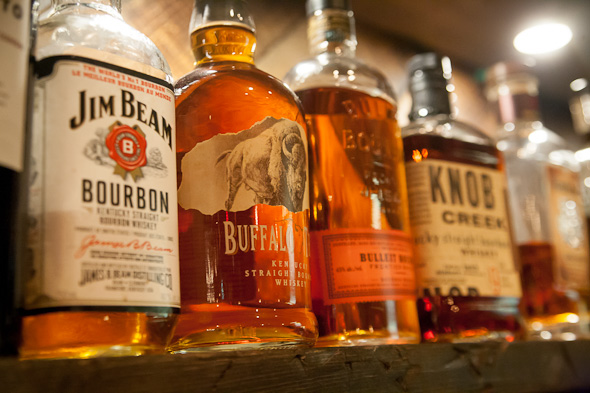 On the hooch list, bacon-infused bourbon cocktails like the Smoked Whisky Sour ($11) are the tipple of choice though wines, beers and whiskies are also on offer. Even the singular dessert option (trust me you won't miss pie) is spiked; the Maple Cinnamon Bourbon Gelato ($6) is the product of a marvelous collaboration with Queens Quay's Lick It Gelato . 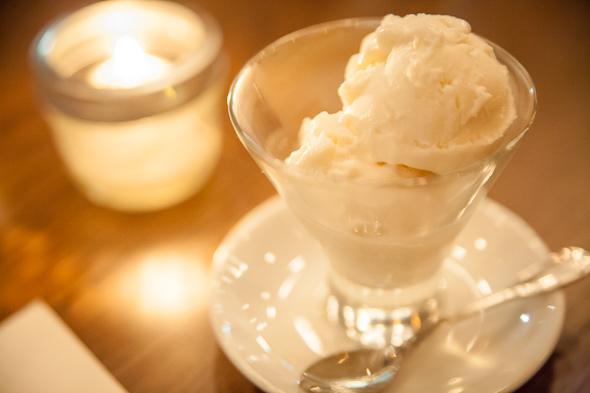 Smoke is not only a great addition to the neighbourhood but also to Toronto's BBQ cred. I totally have plans to return ASAP and often, if only to bring my partner who repeatedly told me how irresistibly smoky I smelled after returning home.

Currently Smoke is open week round from 5:30pm to 11pm, but look forward to the addition of lunch and brunch in the coming months. 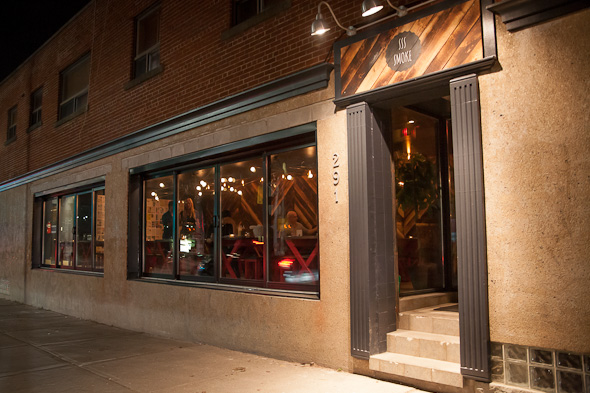