Smash Juice Bar is the all-raw, all-vegan, all-organic offshoot of Rose City Kitchen. Open since spring 2015, the juice-focused takeaway spot is shares a space with the lunch counter and Clockwock Coffee's first location in a cafeteria-like space in the Financial District .

Though they don't have the space to themselves, they've managed to carve out a room of their own: Head past the coffee counter down a hallway into the back, and you'll find yourself in an intimate, boutiquey space, wrapped with refrigerator cases and fronted with a table of juice samples and menus. 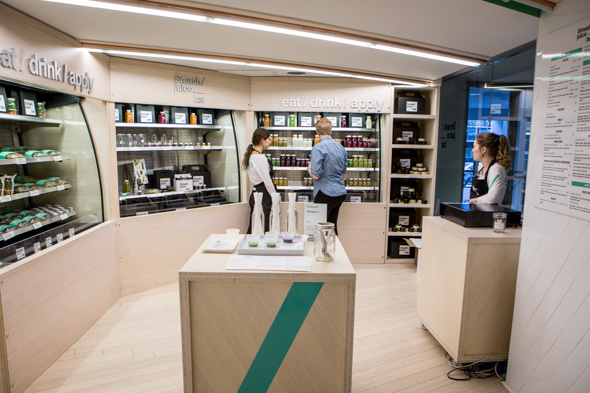 You'll also find chief nutritionist Aly Shoom, who doles out nutritional advice and helps newcomers find their way around the shelves, which feature a dozen or so juice blends, in addition to raw entrees and snacks, sparkling fermented drinks, and even skincare (body butter and coffee scrub, to be precise). 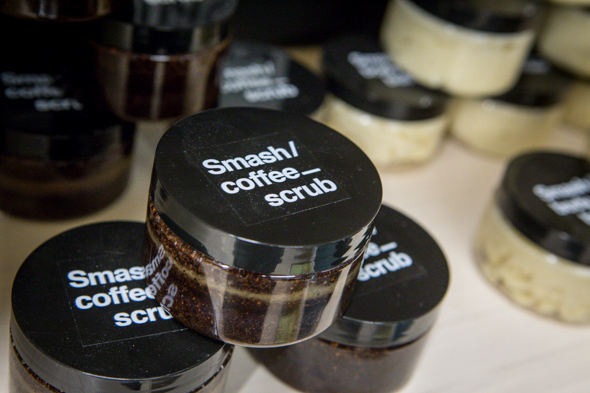 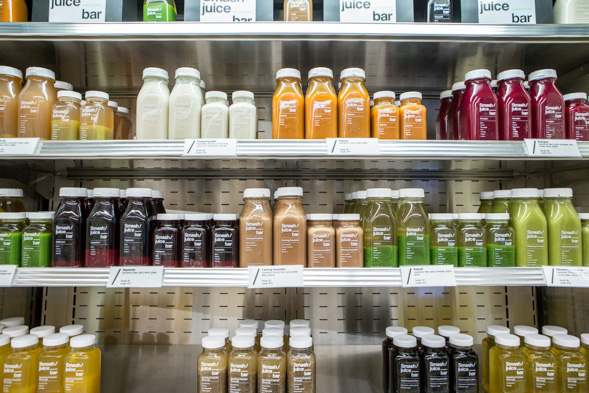 Their juice lineup ($7 and up) features six blends, all organic and cold-pressed. I try the Reboot, with kale, lemon, ginger, and a little pineapple for sweetness (Shoom says it's one of their most popular juices). Other shops might branch into nut milks or smoothies, but Smash veers into unusual territory with cold-pressed coffee, and aloe water.

The less-adventurous can give the lime and turmeric kefir water ($5) a spin. Made with water fermented with kefir grains, the citrusy, soda-like drink is not too sweet, but wholly addictive. Same goes for the mango-orange sparkling kombucha, which mostly omits the drink's usual vinegary tang for a fruity flavour. 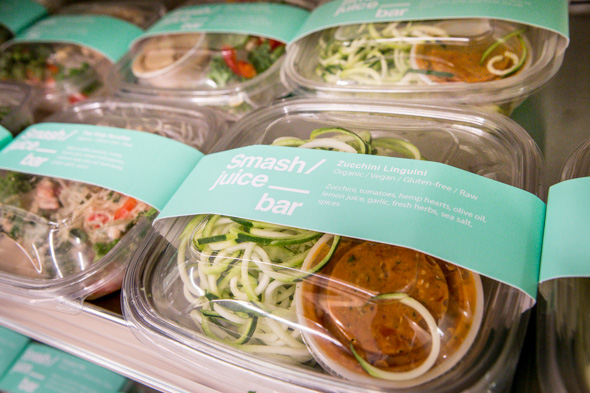 A selection of raw meals ($8-$13) are available, including Thai-flavoured kelp noodles and zucchini linguini topped with hemp hearts and lemon, but the real hit from the food aisle is the pumpkin pie ($7). Made from walnut, coconut oil, maple syrup, carrots and nutmeg, it's a remarkable facsimile of the real thing (especially when you consider that it's entirely raw). 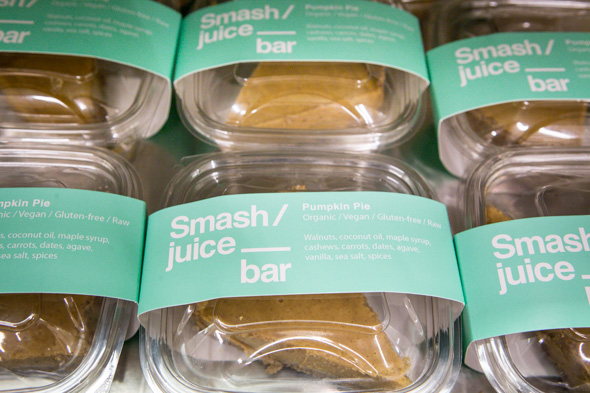 Their flagship creation is the executive cleanse, a one-day, 9-to-5 regimen geared toward busy professionals. Nipun Sharma, the CEO of Rose City Kitchen, explains that the program was inspired by an investor, a busy lawyer, who said they weren't able to spend a week running off juices alone, but would love the chance to do a half-day cleanse.

"We did this for people who are not really knowledgeable about cleanses, and find it too much to commit to a week. They can commit to a workday, a morning to late afternoon," Sharma says. In addition to featuring one juice, one smoothie and a sparkling drink, the executive cleanse ($35) also includes a lunch-hour container of zucchini linguini and a mid-afternoon raw snack. 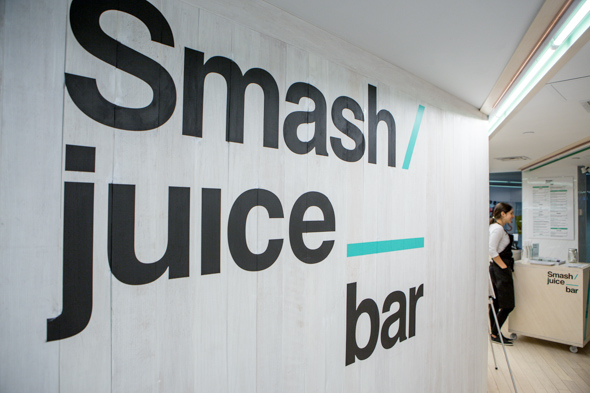 "Not everyone's so hardcore, they can take a day to drink juice," Shoom says. "I know it doesn't even fit into my lifestyle, and I'm a nutritionist. I can't concentrate at work. I love to work out and be active, and I can't sustain myself on juice. I think other people are also like that. We want to make healthy accessible to everybody." 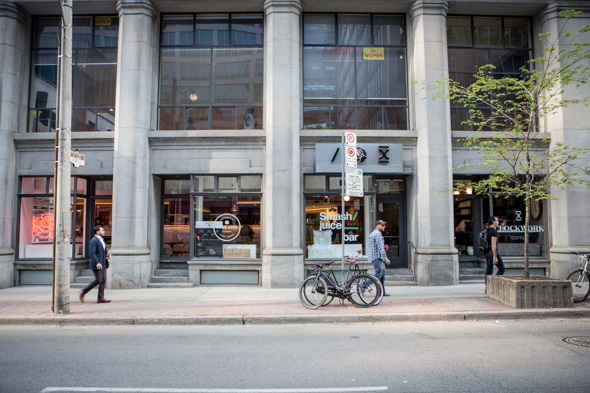