Sandoozles Smokehouse & Pub opened this week on Mount Pleasant south of Eglinton. Owners and first time restaurateurs Josh Molot and Timon Beck both originally hail from Ottawa and named the joint in reference to an Aziz Ansari joke from Parks and Recreation .

Thankfully the joke doesn't continue inside; the decor takes cues from backyard barbecues rather than the sitcom. Rustic wood panels feature on one wall, while the bar features patio-like limestone. There are plans to hang vintage scenes of the neighbourhood on the currently bare orange walls. 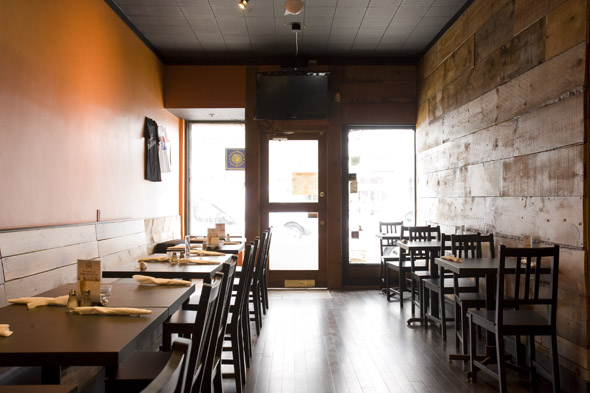 The menu consist of apps, soups, salads and, of course, sandoozles (sandwiches). There are also "tray trays" (platters). Initially the gimmick evoked a laugh, but after seeing the concept rolled out in print, it only elicits an eye roll.

Sandwiches like the eight-hour smoked, sweet vinegar-sauced Carolina Pulled Pork ($7) are served a la carte. A side of handcut fries, soup or salad is an extra $5. 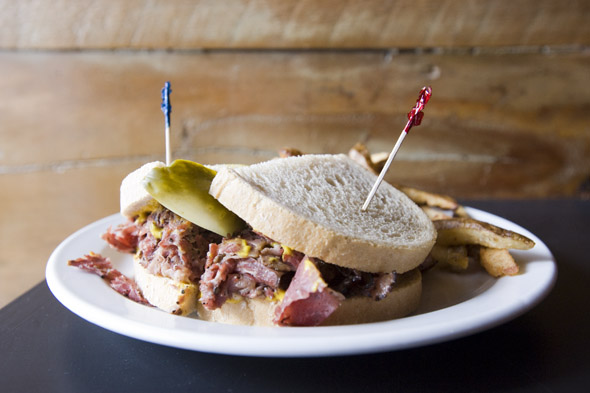 The Montreal Smoked Meat Sandoozle ($7) comes stacked between rye with thinly sliced Black Angus beef brisket, which the menu boasts is the product of 288 hours of dry curing, soaking, smoking and steaming. Is it as good as the iconic sandwiches of Montreal delis? I won't make that argument, but it's satisfying enough and fills a niche in the immediate neighbourhood. 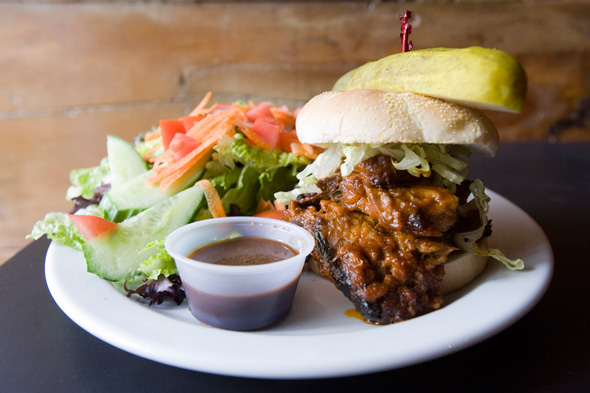 The Texas Smoked 1855 Brisket ($7) on a kaiser won't satisfy a purist's love for southern style brisket as there is neither the blackened bark nor pink ring that is trademark to this serious regional style. For me, the thick-cut beef slathered in bourbon BBQ sauce is tangy enough, but the meat reminds me most of a Jewish roast beef. 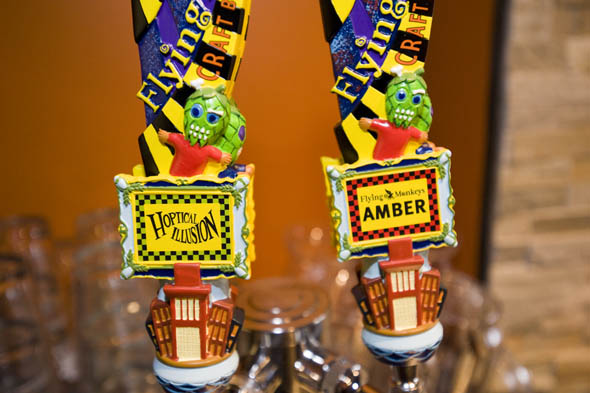 On tap there is PBR ($5.50), Flying Monkey ($6.50) and Blanche de Chambly ($7.50) available by the pint. A decent selection of whisky, bourbon and tequila stocks the bar all of which is available for $3.75 a shot. The cocktail list has yet to be unveiled.

BBQ aficionados and deli die-hards will likely have some criticism, but for those looking for a place to watch sports, drink beer and dine on affordable grub will easily find themselves at home. Currently Sandoozles is open daily for lunch at 11am until late. Take-out orders are welcome. 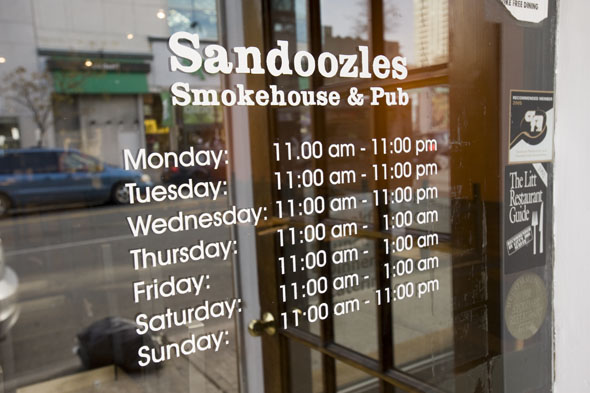